What is your RE-HASH wishlist?

Although the majority of us are hoping next year will see more new figures and resculpts, we all know there are a few figures we missed the first time around, that we really wan't, but don't want to pay eBay prices.
What missed figures would YOU love to see repacked, repainted and wider distributed?
This is my list:

Saga TIE Pilot (missed it both times)
VOTC Stormtrooper (Great figure, need one to open)
VOTC R2 D2 ( Have it, but it's still a great toy, and to me, it's the ULTIMATE R2-D2)
Wat Tambor (need it for a seperatist slaughter display)
Battle Amidala (the HARDEST to find figure from Episode I, and one of the best-looking)
TC-14 (Hard to find, good looking droid)
Admiral Motti (Intrersting character from the original, hardest to find in the POTF series)
VOTC Han ( Have it, but ultimate version of this character in this costume. Could maybe have a better headsculpt but that's nitpicking)
VOTC Chewie (Ultimate Chewbacca, but his rehash is coming with a new head in the earlybird kit)
Tantive Rebel trooper (great looking armybuilder, never got it.)
Teebo (nice looking Ewok, never got it)


This is all I can think of now. What's your list?
W

I dont have a list but the only re-hash I want to see is the impirial trooper becuse I couldnt find it when it came out. 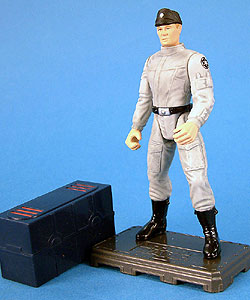 i'd like to have an assajj ventress, and a durge

Well, there are people who missed these things the first time around.

Oh and we can't forget ARC Troopers
B

that would be so cool.

As much as I'm pleased to see figures rehashed that I missed during their initial retail run, it's really best to see only completely new sculpted figures produced for new packaging and marketing.

Then when all is said and done we can play Catch-Up online for dozens if not hundreds more figures than we would not have otherwise been given, had their slots been filled by figures of old.

WatTombor said:
I dont have a list but the only re-hash I want to see is the impirial trooper becuse I couldnt find it when it came out.

Funny there are 5 of those at my local rite-aid!

There is only 1 rehash I want to see and it is those blasted forgien packaged Pit Droids released on a US card.

You know the ones!
There were 2 sculpts, 1 sculpt was included with Darth Maul, Anakin Pilot and Obi-Wan and the other sculpt with Holo Sidious and the Naboo Royal Guard and 2 different accessories, 1 in each pack. To make it worse there were 5 different colours on these things so what I want HAsbro to do is this.

There would be 3 colour vairants on the packs to ensure we all get all types of pit droids released.

Thats all Hasbro should re-hash and im sure people will be happy about it.

Maybe you can hook him up Killer185

As for the scanning troop, nope Hasbro should release a new version of the character, not an out of date sculpt

There are lots of Wat Tambor´s around me here in France. I think they´ve been here for almost a year now without moving.
D

Luke_Skywalker77 said:
Well, there are people who missed these things the first time around.
Click to expand...

Understood ... and for those people, rehashes are great. I, however, don't like to see them, so I answered the question of the topic accordingly.

i mean they can't complete their collection with old figs in a new packaging can they ?

Ever heard of loose collectors?

I'd like another Captian Piett and Barriss offree.
T

Since this is about rehashes, not resculpts, there's not TOO many, but here's some I wouldn't mind and think others may enjoy:

R2-Q5 (picked it up on eBay; except for the robot eye being painted over, it's a great Astromech)
R2-B1 (NEVER saw on pegs, one of the hardest-to-find TPM figures, great paint scheme even if not the fully-articulated astromechs of recent years)
Admiral Motti (as said, hard to find, never saw on pegs... on second thought, I think most POTF2 figures are junk compared to modern entries, and I'd prefer a resculpt better, in line with Ozzel and the ROTS Tarkin, but with more articulation)
Security Battle Droid (the only one I know of that looks good holding its blaster, haven't snagged one on eBay yet)
The black Imperial Astromech from that Imperial Forces TRU gift-pack (was it an R4?)
Bespin Security Guard (minor changes: variant headsculpts; wrist articulation; variants with closed jacket, too)
Bespin Capture Han Solo (best version of character, though a VOTC-style resculpt would be excellent as well)
Imperial Officer including variants
Ozzel tweaked with black uniform & an ANH Imperial Officer headsculpt ("Holding her is dangerous"-guy would be good)
Pilot Obi-Wan, cuz he looks so good
VOTC Han Solo, cuz he looks so good
VOTC Stormtrooper (preferably with improved hip articulation)
Wampa w/ Ice Cave pieces (got the Luke, missed Wampa!)

I wouldn't want a rehash of the Tantive IV Trooper, I'd rather a resculpt with more arm articulation, removable helmet, some head variants (like the older guy who gets a couple closeup shots before the Imps bust in), and the bigger-&-better Antilles/Dodonna/Vander blaster, with working holster)


GNT said:
Maybe you can hook him up Killer185

As for the scanning troop, nope Hasbro should release a new version of the character, not an out of date sculpt

I'd really like a McQuarrie Clone! Whattever happened to that Concept Luke figure that's picture popped up on rebelscum a while ago?

Luke_Skywalker77 said:
I'd really like a McQuarrie Clone! Whattever happened to that Concept Luke figure that's picture popped up on rebelscum a while ago?
Click to expand...

Yakface.com said:
3. Wasn't there a Ralph McQuarrie Concept Luke figure in production, to go with the McQuarrie Concept Stormtrooper? How can we convince Hasbro to make MORE concept figures? A Concept Vader would be fantastic! Should I continue to hoard Jedi Master Points in anticipation of a mail-away figure, or should I just trash them? - Chris


Can't say that I had ever heard of a plan to make a Concept Luke. That might be the only Luke left to get. A Concept Vader would be a welcomed addition to my collection - great idea! Try sending a note to Hasbro through their website or try and catch a convention that Hasbro appears at and put the bug in their ear. Maybe something will come of it.

As far as Jedi Points, it wouldn't hurt to save them unless you have a very dire storage space situation. You never know if they will come in handy.
Click to expand...

Thanks! But I wonder what happene. I distinctly remember seeing a prototype picture of it on rebelscum!

Look it up on the net, I'm sure you might find something.
J

None, because the ones I would want, I would want a new sculpt of. I would love to see a SA Qui Gon, and Mace needs to be well done as wel.

That's all well and true, but some figures simply cannot be improved upon. For example, most of the VOTC are the ultimate versions of the characters they represent. Aside from maybe a few tweaks, there's no way of doing better. A great example is Chewbacca and the Stormtrooper. They are the ULTIMATE versions of those characters and connot be made better short of giving Chewie un-needed real hair and the Stormtrooper unnecesary ball jointed hips!

How about a carded version: 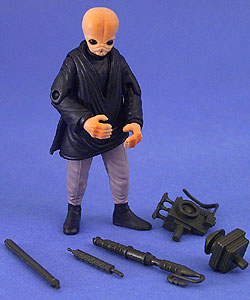 In a perfect world, all rehashes would be troop builders or figures that got limited production the first time out.

Then again, Cantina Han means $6 I can spend on something else.

The Modal Nodes would best be served as new SA sculpts, with rehashed, repainted instruments.

Then package them posed in a 'Battle Pack' type Target Exclusive set.

I really need that McQuarrie Stormtrooper I never found one before. How much are they going for anyway?
M

Toonimator said:
R2-B1 (NEVER saw on pegs, one of the hardest-to-find TPM figures, great paint scheme even if not the fully-articulated astromechs of recent years)
Click to expand...

Actually, I know one or two shops here in Germany which still have it. It's expensive, though.

I'd like to see the Ishi Tib a second rtime. He's become quite rare now.

Also, I'd like to see the Jedi Warrior three-pack from the Clone Wars series again.
O