In 0 BBY, when a mission to transport the Hammertong prototype ended in a stormtrooper ambush, Karoly D'ulin and Shada D'ukal found themselves on Tatooine, and were in the Mos Eisley Cantina when Luke Skywalker first met Han Solo. The women were masquerading as the Tonnika sisters: Karoly was disguised as Senni Tonnika while Shada posed as Brea Tonnika.

Senni Tonnika (Karoly D'ulin) was made using 3.75" The Black Series Padme, which was heavily modified using a Dremel. The pattern on the chest was completely taken away, as well as the scars on the back. The boots were filled in using ProCreate to give it a smoother texture. The band on the thigh and belt were also sculpted in using ProCreate. The collar and sleeves were sculpted into place with Aves Fixit sculpt. The head was made from a cast supplied by I-Am-Boba-Fett.

Brea Tonnika (Shada D'ukal) was made using the 3.75" Build A Droid Leesub Sirlin. The overshirt was completely removed using the Dremel, and the collar and sleeves were sculpted with Aves Fixit sculpt. The thigh band and belt were made from ProCreate. The holster on the boot of Leesub Sirlin wsas simply removed with a razor blade, then sanded to smooth down the surface. The head was the exact same cast as the first figure, which was supplied by I-Am-Boba-Fett. However, I used paint to make the faces appear different in shape, and structure.

I made them to sell since we have another set of heads we can use to make a set for ourselves at a later date. THIS SET IS NOW SOLD! 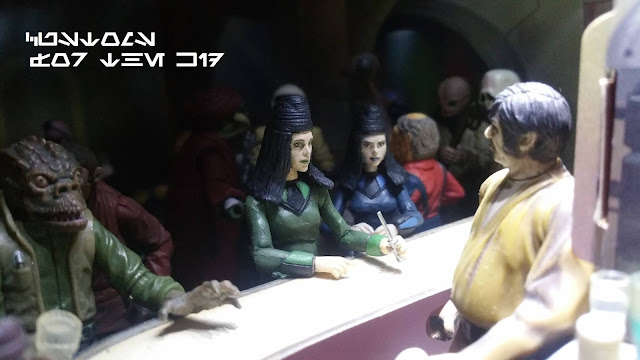 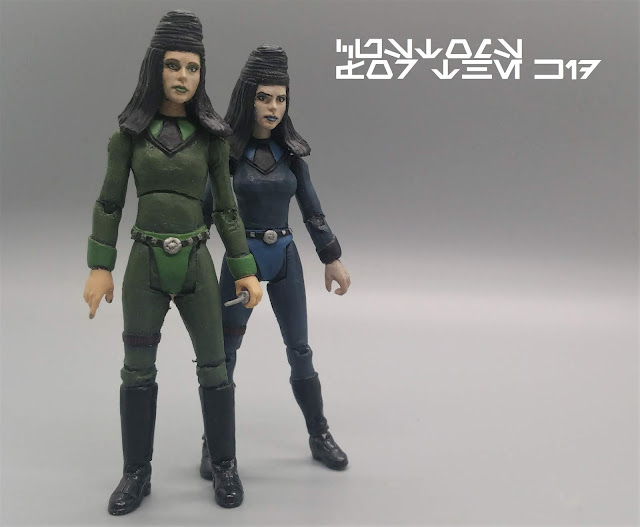 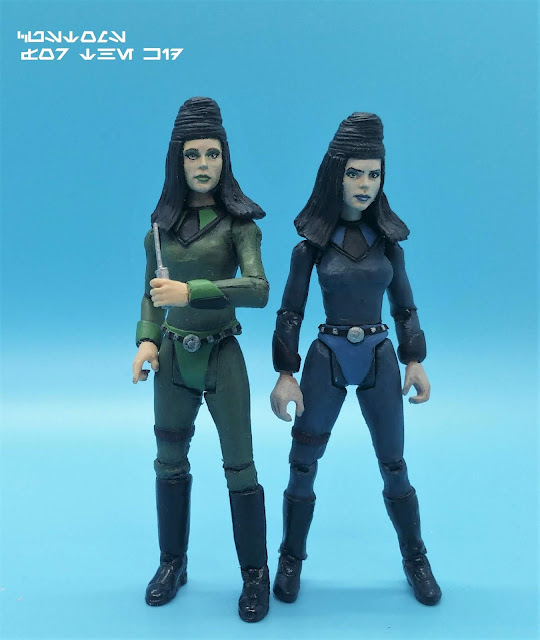 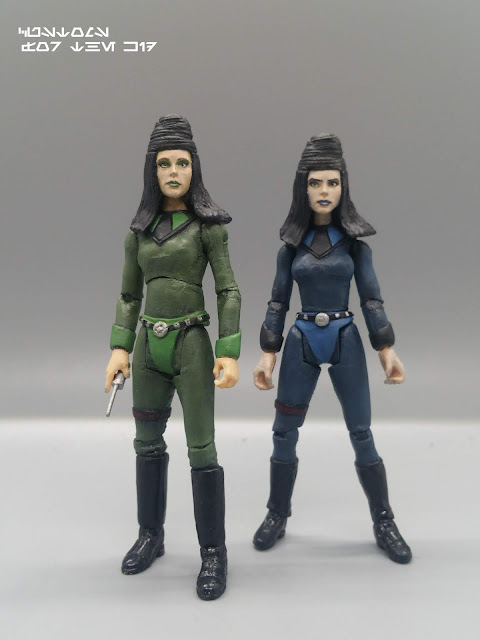 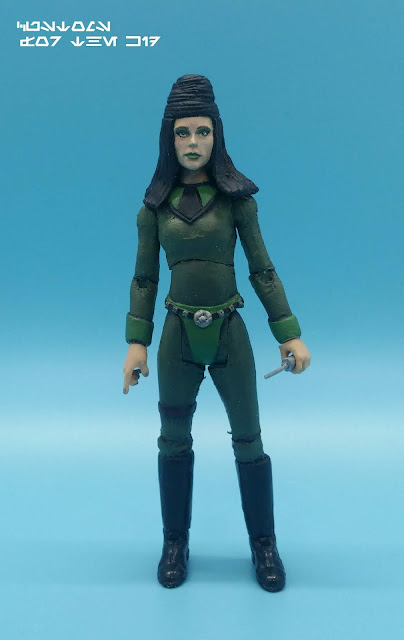 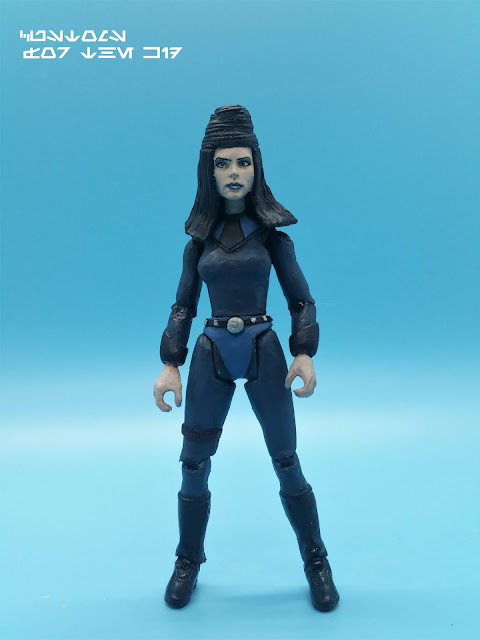 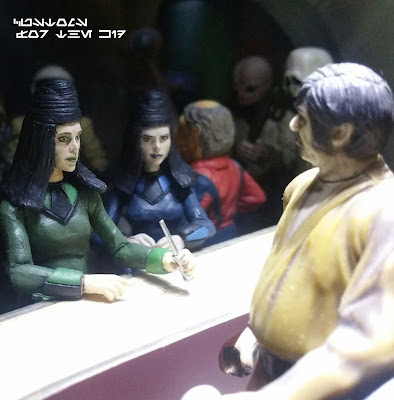 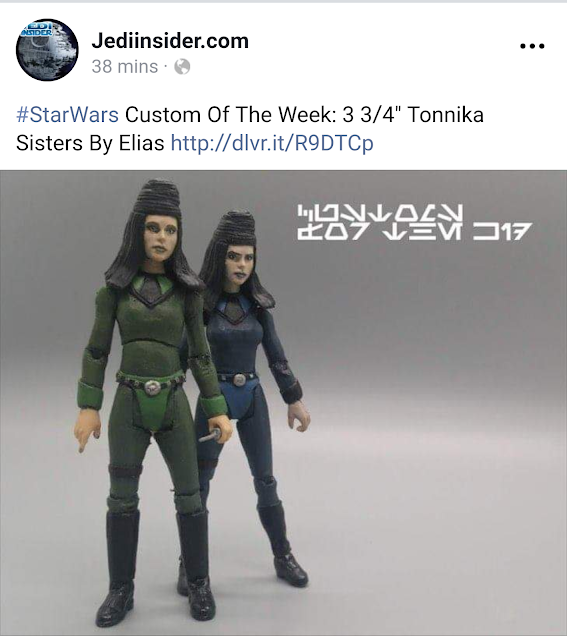