Hello, Rebelscum fans! It’s time to learn a little bit of Shyriiwook, because this week we’re taking a trip to the Wookiee homeworld of Kashyyyk. Chewbacca’s home planet has been a part of the Star Wars universe since the much derided The Star Wars Holiday Special premiered in 1978. Stay tuned throughout the week for more articles, insights, videos, and information on all the best merchandising content that you’ll want to add to your collection.

The Star Wars Holiday Special aired only once on television. Produced shortly after A New Hope was released in theaters, the cash grab combined recycled footage from A New Hope with new segments featuring the original cast in guest roles. The story loosely revolves around Chewbacca trying to get home to celebrate “Life Day” with his family.

However, most of The Star Wars Holiday Special consists of painfully unfunny sketches and musical numbers cobbled together in a loose narrative. The only genuinely good segment is the animated short The Story of the Faithful Wookiee. The 9 minute animated special introduced Boba Fett for the first time. Fett pretends to be an ally to Luke Skywalker, but Chewbacca doesn’t trust him. Chewie’s loyalty pays off in the end when it is revealed that Fett has been hired by Darth Vader.

The sketches include such iconic names as Art Carney, Harvey Korman, Jefferson Starship, and Bea Arthur among others. Arthur even sings a playful rendition of the Cantina theme. It’s not the only musical moment. Carrie Fisher sings a “Life Day” song during the supposedly emotional final moments when the Wookiees perform their ceremony. 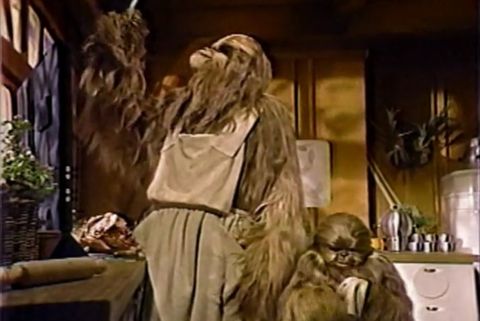 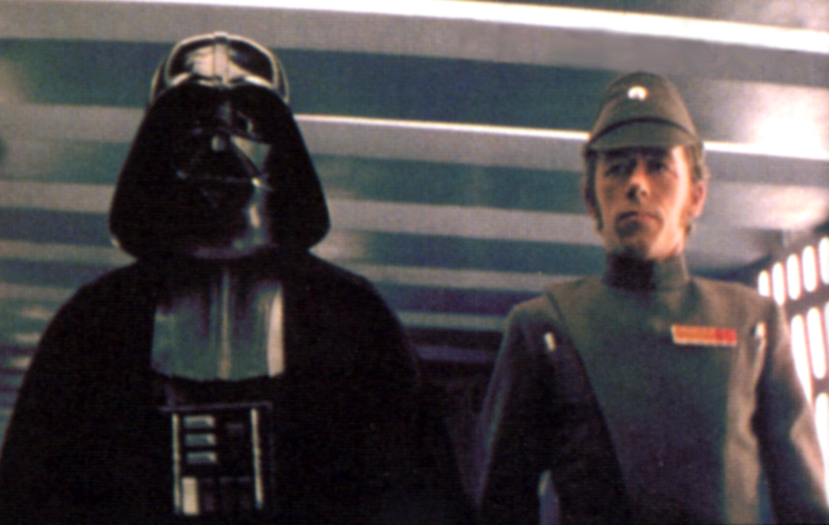 One of the major faults of the special is that the Wookiees aren’t transcribed with subtitles. They simply growl and moan for the entire special. There is also a lot of leftover footage from A New Hope that is reused. The Millennium Falcon’s battle against the TIE Fighters is identical to the one in the original film. There is even a reused scene where Chief Bast walks with Darth Vader through the hallways. Why is Chief Bast alive? He was among the casualties of the Battle of Yavin, and perished aboard the Death Star. This was loosely explained by creating a new “relative” who just so happened to be identical.

The Star Wars Holiday Special became notorious because it was never officially released in any capacity. Lucasfilm never released a VHS, DVD, Blu-Ray, or digital download, and have tried to scrub any proof of the special’s existence. Bootleg copies of the special exist due to the original recordings, and are frequently passed around at fan conventions. In 2021, Disney+ added The Story of the Faithful Wookiee to the service, but the rest of the special remains in the archives. Given the wealth of classic Star Wars content that’s been made available on Disney+, including Droids, Ewoks, the two animated Ewok movies, and the original Star Wars: Clone Wars micro series, fans remain hopeful that at some point the entire special will be added in all of its “glory.”

What do you think, Rebelscum fans? Have you ever seen The Star Wars Holiday Special? Do you want to see it added to Disney+? Let us know below, and as always, may the Force be with you!

It's high time they just release it on Disney+, Nothing here can hurt the legacy of any of the participants. For years this was almost a Mandella effect type of thing. Not until I got a VHS copy of it in the late 80's did many people even believe me that it was real. Besides how are they hawking Life Day merch without the proper source material to back it up? MAYBE we will finally get the Chewbacca Family set in retro form!

I had seen this when it original aired on TV when I was eight years old. I mainly remembered all the parts with Chewie's family, and the cartoon of course. Didnt remember much of the music segments.

But after watching it years later, it is as bad as everyone said it was. But, as a piece of Star Wars history, it would be nice to see a cleaned up version and not a poor VCR copy that someone taped off of the tv.
J

I was looking at the writers for this on IMDB and saw this guy listed, Pat Proft.

He was the writer for movies like Airplane, the Naked Gun, and Hot shots. Kind of says a lot about the Holiday special.

Lobotscomb said:
It's high time they just release it on Disney+, Nothing here can hurt the legacy of any of the participants. For years this was almost a Mandella effect type of thing. Not until I got a VHS copy of it in the late 80's did many people even believe me that it was real. Besides how are they hawking Life Day merch without the proper source material to back it up? MAYBE we will finally get the Chewbacca Family set in retro form!
Click to expand...

Especially when you've got current lackluster crap such as TLJ and RoS or the likes of BOBF, the holiday special isn't as bad as the former IMO. It's just a bit cringe and goofy.
You must log in or register to reply here.