I'm about to start working on more Action Fleet customs. These are the TIE Experimental Project from the video game X-Wing Alliance. It's one of my favorite games so to be doing some customs from the game is pretty special to me. In the second Rebel Campaign you take on a TIE Experimental Project only seen in XWA. However I believe the the TIE M3 (Interceptor with missile tubes on the sides) were seen in Battlefront. I forget which Battlefront however. A seller from Shapeways was kind enough to make the parts for me. I had to send him numerous measurements and in-game pics of the crafts, so big shout out to him.

Here are the parts so far, which came in yesterday. They will all be primed before painting. The TIEs will be repainted as well, so all the colors match. 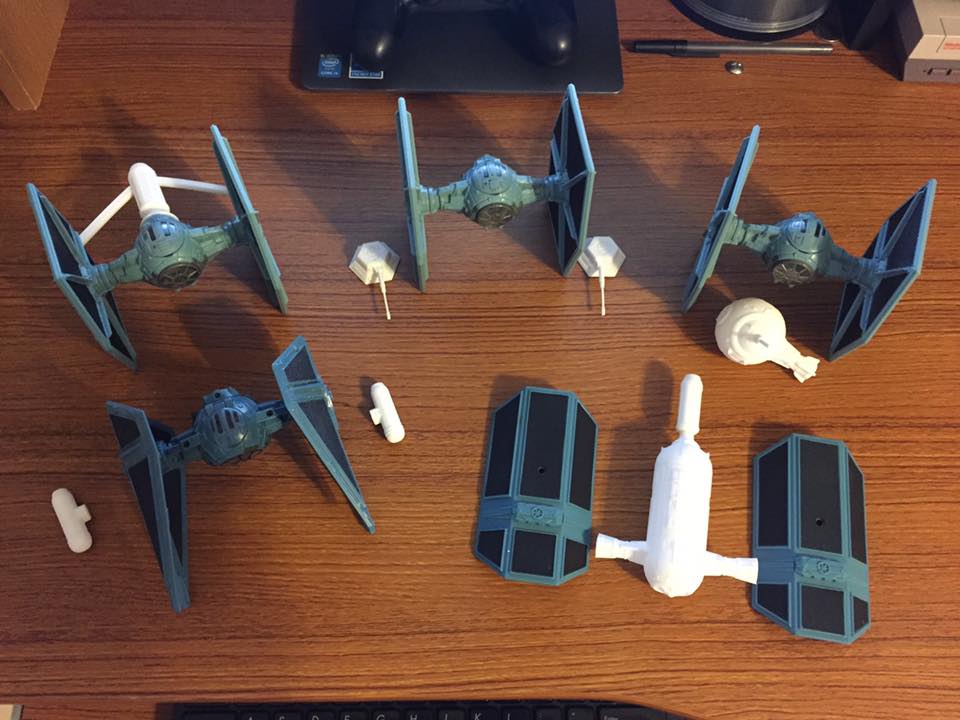 Neat parts. I remember doing the Bizzaro M1 custom ages ago...it's such a neat design. That game had a lot of great ships...and was a heck of a lot of fun.

One down, four to go for the TIE Experimental Project. TIE Experimental M5, aka TIE Booster completed. The entire TIE, along with the "booster" part was repainted with a light blue. I think it matches the game's color very well. 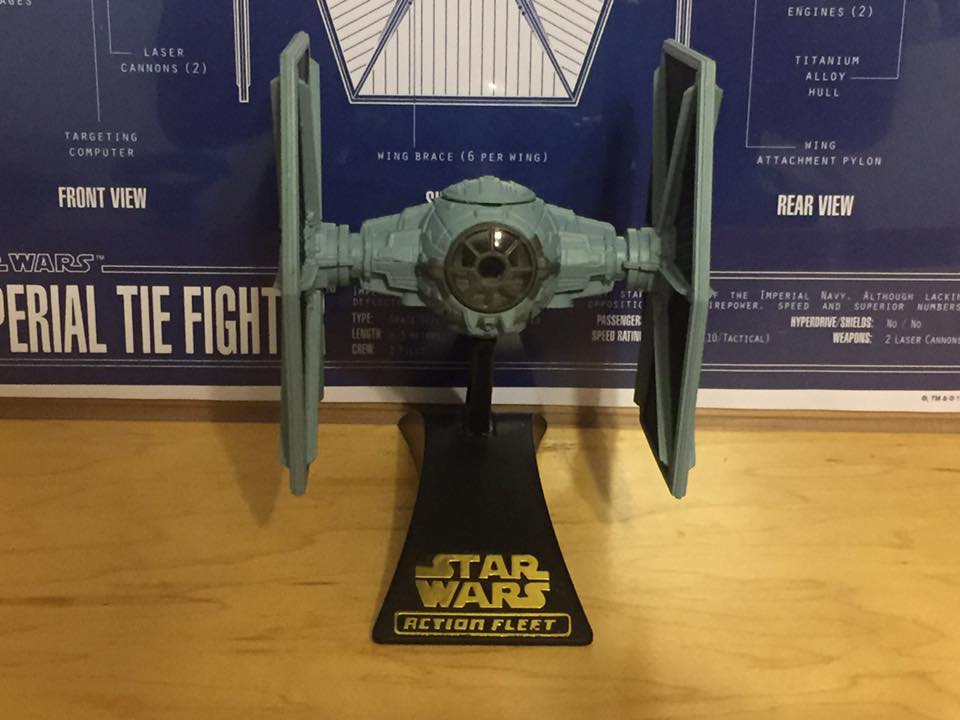 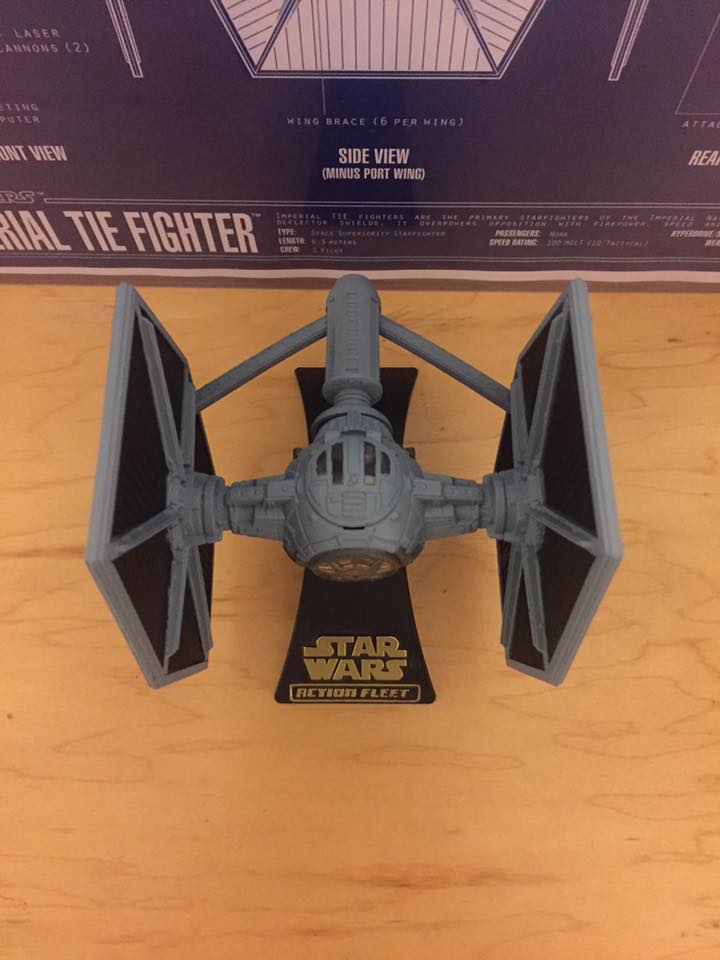 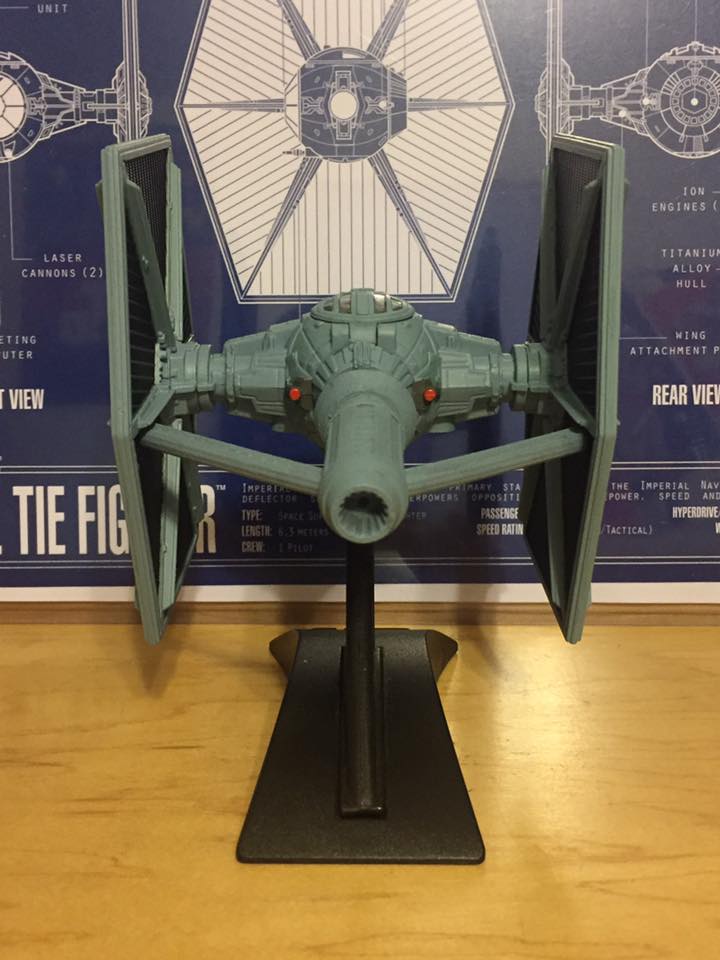 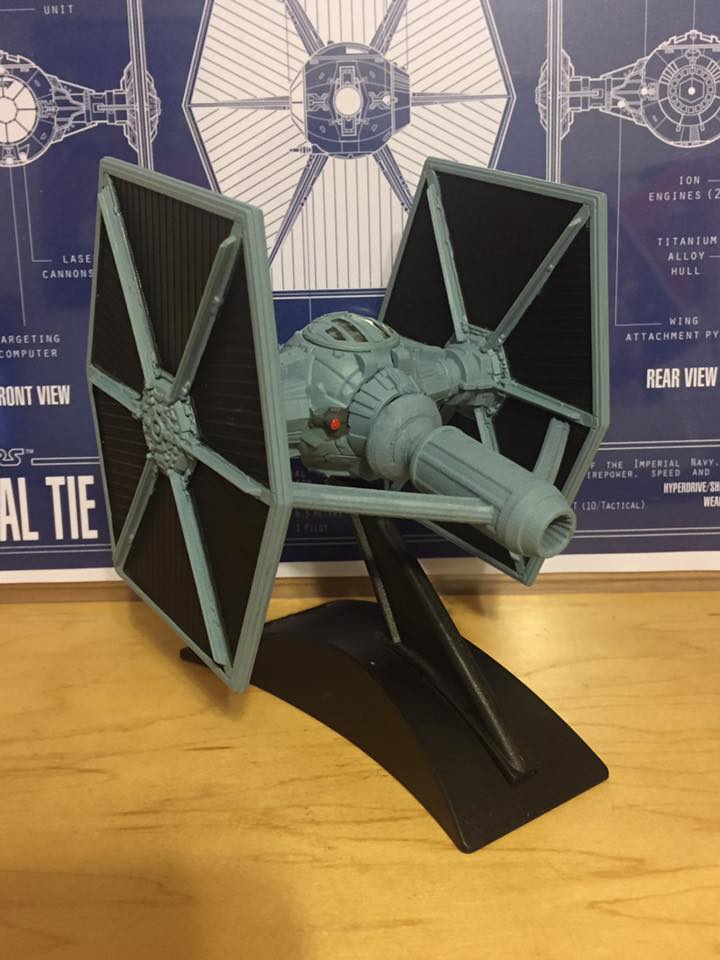 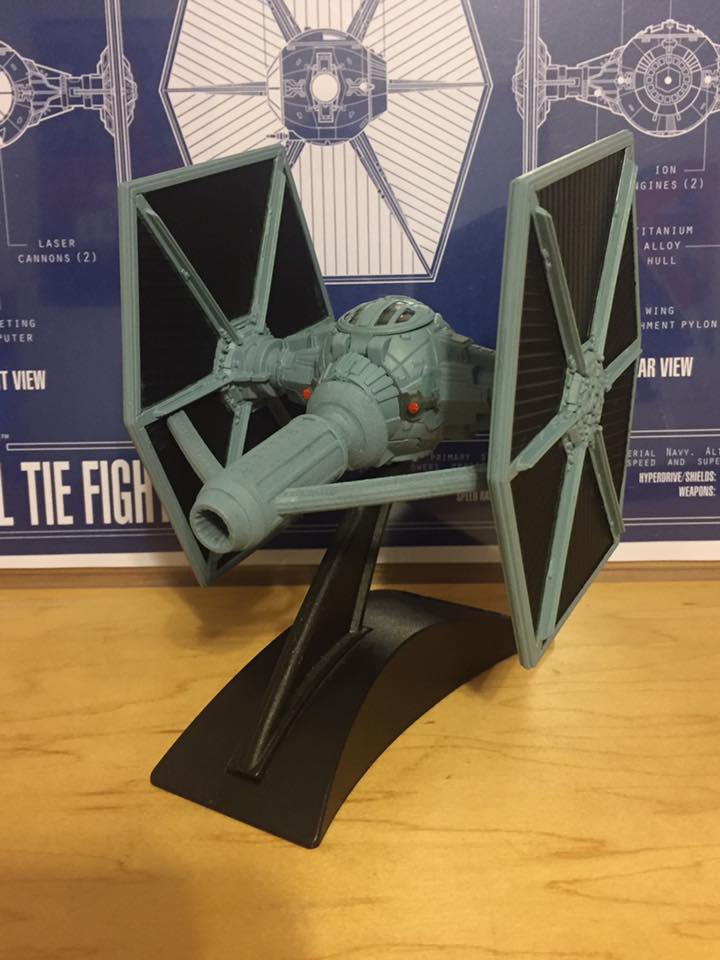 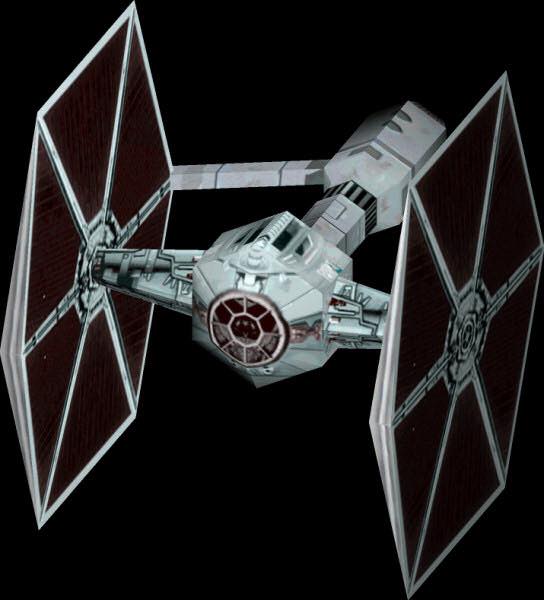 Two more pics for the M5 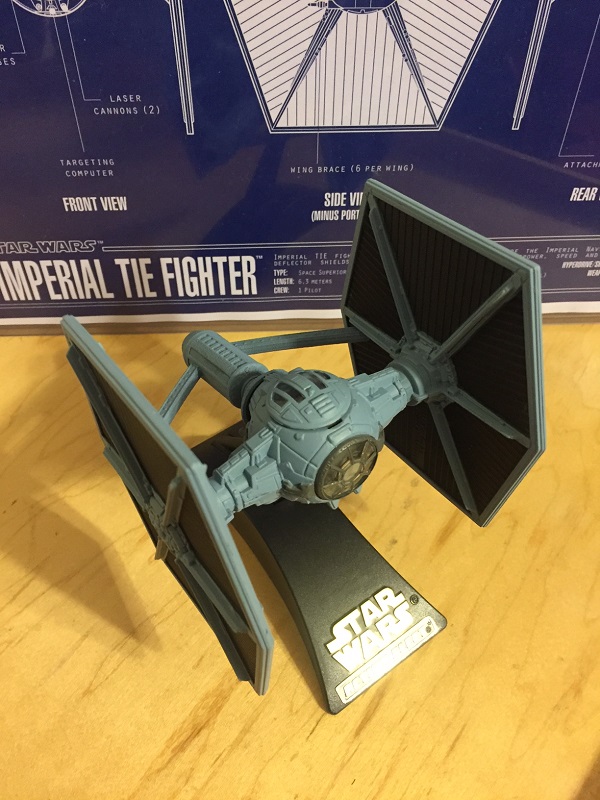 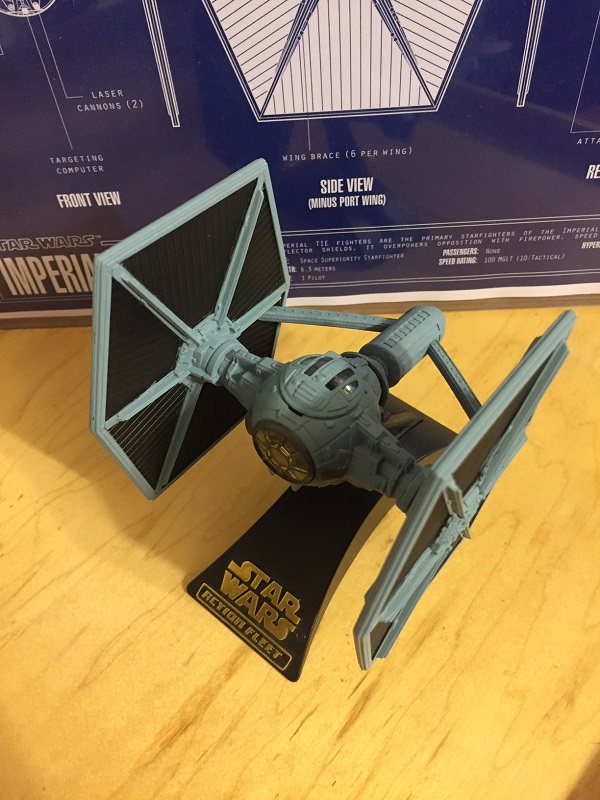 Another one down in the TIE Experimental Project. TIE Experimental M2, aka TIE BigGun completed. Same technique as before - entire TIE painted with a light blue, as well as the guns on the side. 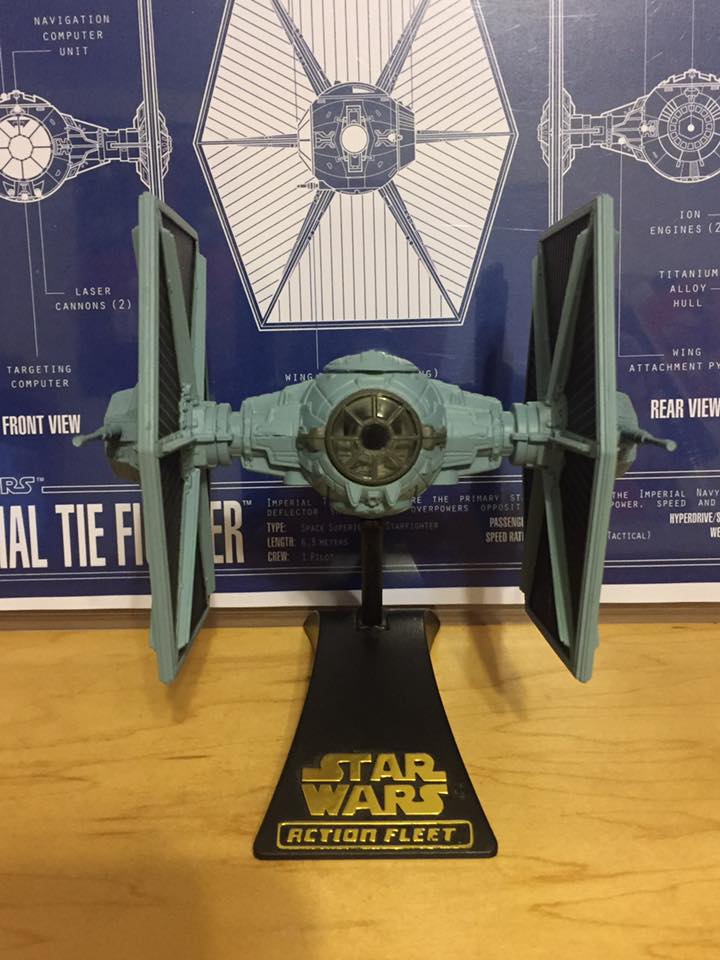 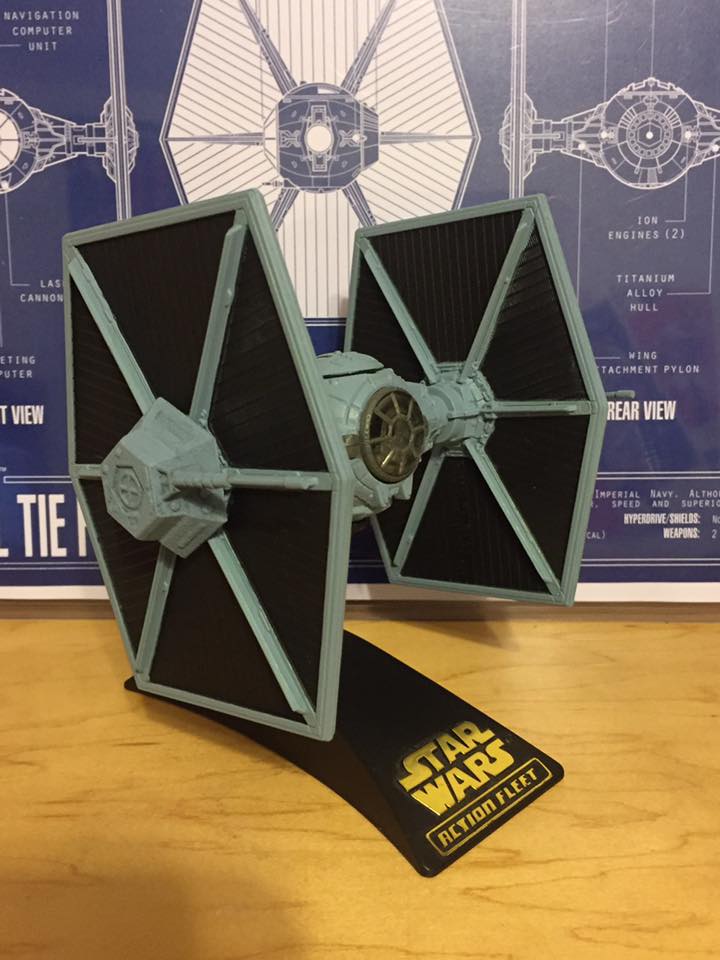 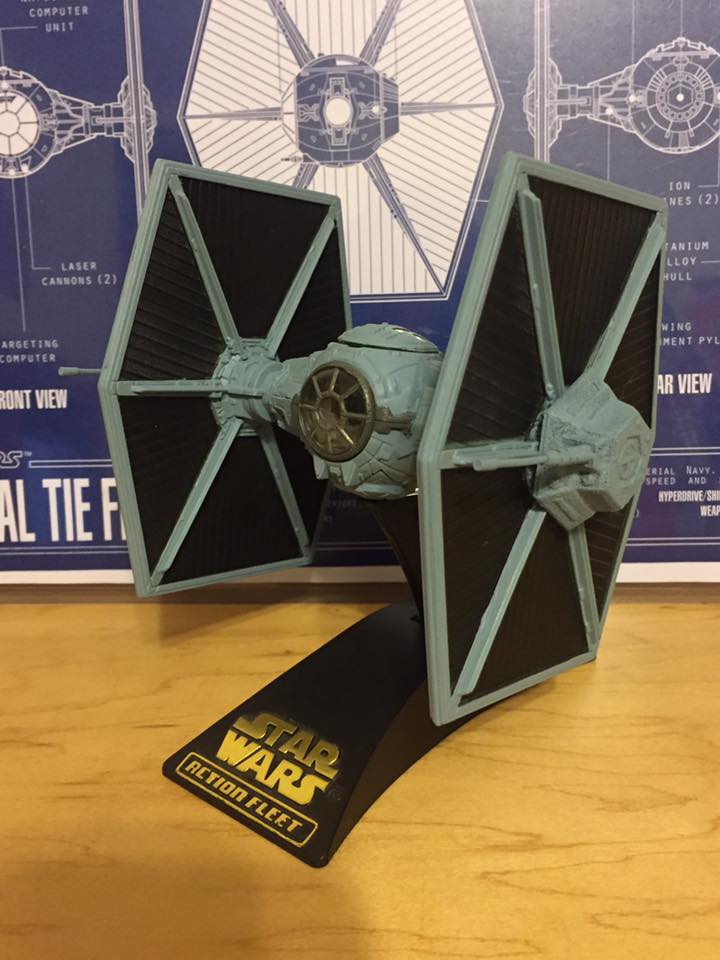 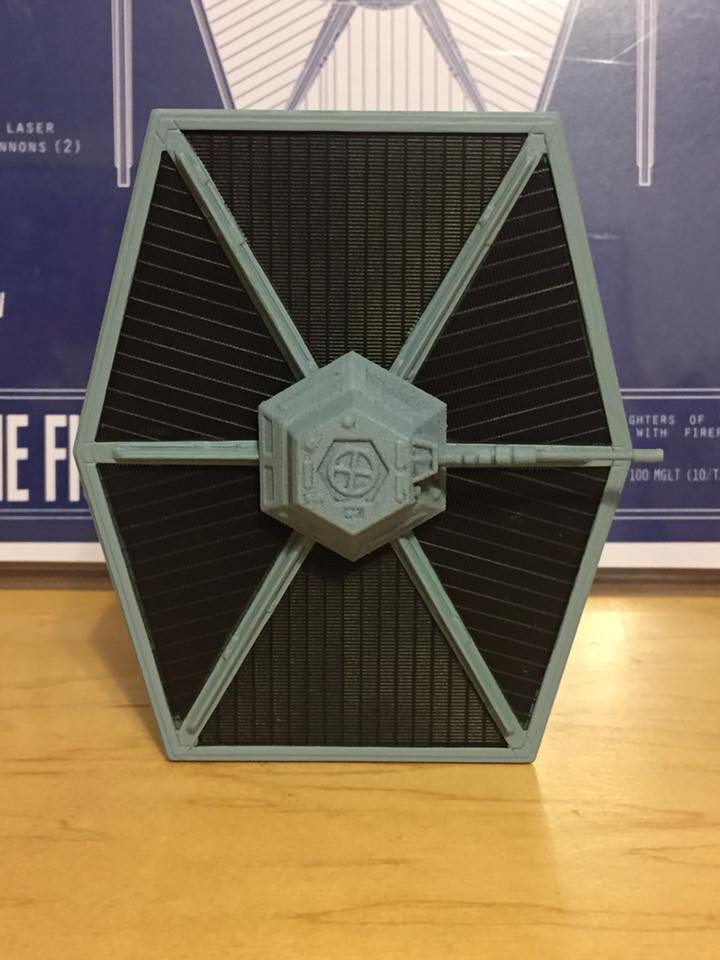 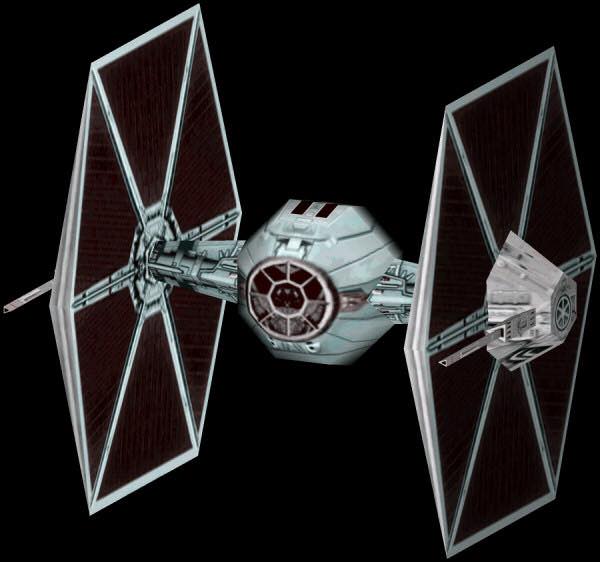 Still working on these, rather slowly. When I finish painting an entire TIE Fighter and look to see I have to paint 2 or 3 more I'm like really? lol.

TIE Experimental M4 aka TIE Bomb is about 90% complete. Just have to finish the cockpit window area and touch up the wings. 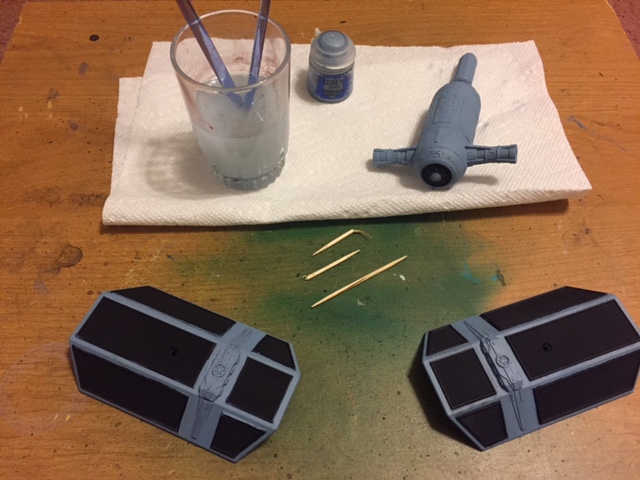 These are awesome. I always liked all the crazy TIE variants in that game. Reminds me of all the crazy, obscure variants of different WW2 aircraft.

So I've been getting back into customizing again. I recently finished the YT-2000 Otana 3D printed model kit (found in the model kits thread here) from X-Wing Alliance.

I finished another ship from XWA - the TIE Experimental M3, aka TIE Warhead. Once again, everything was painted with a light blue, along with the missile pods. The missile pods were 3D printed for me on the website Shapeways. On the wings, there were these small circular parts covering the screws to hold the wings in. I popped those pieces off, so the missile pods would sit properly.

This is probably the 3rd time I've done this custom. I bought some rocket pods and just glued them to the side, so the ship was blue but the pods were gray. Then I did it over, painting everything gray. Once I found this blue I'm using, and had someone make me better looking missile pods, I did it again. Third times the charm right?

I have attached a picture of TIEs M2, M3 and M5 which are completed. I just have M1 and M4 to do still.

These are Beyond AWESOME!!!!! Bravo on these awesome designs. Always loved the Action Fleet line and these should definitely have been made in the line.

DarkArtist said:
These are Beyond AWESOME!!!!! Bravo on these awesome designs. Always loved the Action Fleet line and these should definitely have been made in the line.
Click to expand...

Thank you! Being able to make new ships in your favorite line from one of your favorite video games growing up is pretty special. If someone told me 10 years ago that I would be making new Action Fleet ships I would have said you're crazy. Granted there are other people out there who are certainly better then me at this, I've been pretty amazed at what I've done so far.


I finished another TIE Experimental last night, the TIE M4, aka TIE Bomb. This one is probably my least favorite design of them all. Again, everything was painted the same blue that I've been using. The only parts that are Action Fleet on this are the wings, which I believe are from Vader's TIE. The body of the ship was 3D printed for me from Shapeways. Afterwards I super-glued the wings on. The seller also made a hole for the stand. I had to widen it just a bit with my dremel. There are a few parts I would like to touch up (yay hand cramps), but otherwise this is the final product.

So I completely forgot to add in the gray details on the sides of the cockpit and rear of the TIE M3. I took care of that tonight.

Progress has started on the last ship, the TIE Experimental M1, aka TIE Bizarro.

Just about done! I just have to find a covering for the laser pod, attach the laser cannon, attach the pod to the wing and do some final touch ups.

TIE Experimental M1 aka TIE Bizarro complete! With this last custom, I have (finally) completed the TIE Experimental Project from the video game X-Wing Alliance. Two TIE Fighters were needed for this. The laser pod covering is a piece of styrene sheet, and the laser cannon is the middle piece of an Action Fleet X-wing laser cannon.