I hope you guys and gals going out at Midnight tonight have fun. The last time I did midnight madness it was a blast. The Hot Wheels guy getting knocked on is *** for hording at the Henrietta Target will be something I never will forget. It still makes me laugh.

Be safe, have fun.

Went out last night to partake in Force Friday. Started at Barnes and Noble.

Picked up Aftermath and a BB-8 Pop. The thing which was interesting was they had the following for sale:

I saw them at Celebration and thought they were pretty cool. Vader is $100 and Stormtrooper is $80.

Went over to Target afterwards. Picked up a monopoly game for one of my kids. The area rug and sweatshirt for me. It was cool to see new Star Wars stuff on the shelves. Almost bought a matchbox but passed. Did buy a Sabine Disney Infinity figure.

Went out this morning to Hudson Ave Walmart because I thought the Jabba Pop 3 Pack was for sale. Didn't realize it doesn't come out until next month. Ended up my a Kanan Disney Infinity figure.

They were already breaking down the displays from the night before. They Manager said I could take the headers from the display bins.

I'm keeping one, a friend of mine is taking another. If any collecting pal I know wants one it's yours for free. Drop me a PM.

Your pics seem to be broke

I can't see them either.
B

Also not able to see them

Anyone doing the Marathon at Tinsletown? Just got my tickets. $50 for 7 movies is a fantastic price.

My friend's local upcoming con, for those not on Facebook.

jediblood said:
My friend's local upcoming con, for those not on Facebook.

Probably going tomorrow, anyone gone yet? Are there many dealers there, that don't attend at the Bill Grays/RATS show?

I was there all weekend helping out.

Some dealers were the same, some were new.

But definitely a good time!

Did the Marathon at Tinsletown today. Great to see all 7 movies on the big screen. Lots of fun. New movie is fantastic.

CaptainAlex said:
Did the Marathon at Tinsletown today. Great to see all 7 movies on the big screen. Lots of fun. New movie is fantastic.
Click to expand...

How long were you in the theater for?

Wow, that might be about 16 hours too long for me to sit in a Theater, lol.

Super dead around here. Anyone want a 6" scale Black Series TIE fighter? I just wanted the pilot, the TIE is too big for my collection. Still in the box. $40

Lots of decent stuff for sale at the show.

Kohl's has Rogue One 4pk marked down from 50 to 15 with some of the better figs in it. Any locals attending C8?

Wave 2 of the Vintage Black Series found at Chili Wegmans. All gone now.

Anyone do Force Friday? Ended up with a bunch of exclusive pops and promo buttons from Target.

The haul from Force Friday. 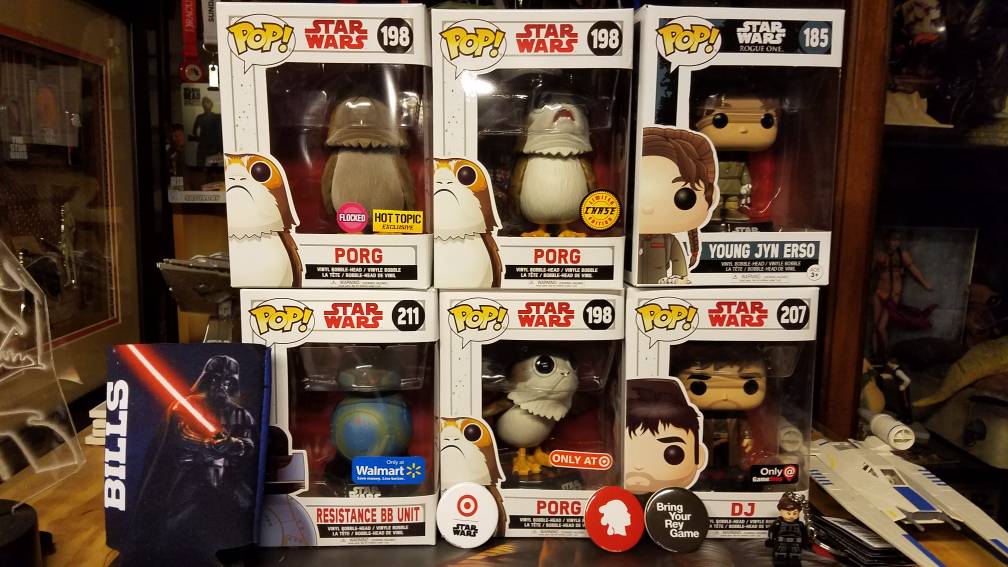 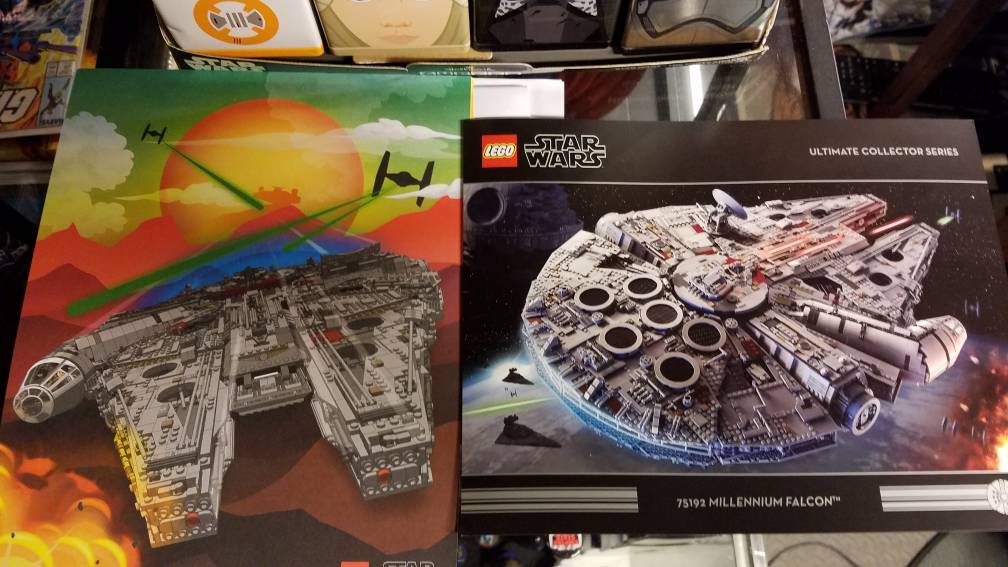 Did anyone go to the VG show yesterday? Best one in a long time and the biggest one yet!

Anyone frequent Ontario Antique Mall? They have some decent dealers and occasional discount sales...

Is that the place in Irondequoit?

No, run by the same people though. Henrietta just put one on Jefferson recently. Ontario is largest of three...
http://ontariomallantiques.com/

The Last Jedi would of been better if Chewbacca choked on a Porg bone! So many WTF moments and meaningless subplots makes the plethora of characters seem like the Circus. Taking Lucas' toybox and dumping it into a movie with ni rhyme or reason a slapping the Star Wars namenon it is just slapping everyone in the face.