Last night 3T had a good amount of TLC wave 5

that they did. I grabbed a couple Space Troopers to finish my collection of them. I'm done with figure buying until the next great wave come's round...
8

I still haven't come across any space troopers, so if anybody sees any in henrietta or on the east side, please stash and let me know. Thanks!
M

0c had a bunch of the Wiosla & Spacetrooper wave yesterday. They also had the new comic packs (Wedge/Bothan) wave.

I picked up an extra Spacetrooper at 6C on the way home tonight. They had multiples of every figure from the wave.

Met Dan last night at Greece TRU. When we left, they still had a spacetrooper and several snowtroopers on the shelf.

This morning 1X had a couple of sets of the GI Joe wave with Matt Tracker, Zartan & Scarlet Pilot. Hadn't seen some of those in a while.

Aaron ..had a really good run this a.m.

Some fun with photography!

No photoshop was used.

No Photoshop? Hmmm, I need to catch up on the times.
Something in the camera?

Warsaw_Wonder said:
No Photoshop? Hmmm, I need to catch up on the times.
Something in the camera?
Click to expand...

First thing that I thought is a lightsaber(s) being held just outside of the camera's range & the blade's light is making the laser effect. A couple shots look like blade is in the shot.

Bingo! I just kept the shutter open and jabbed an FX saber into the shot a couple times.

Hedji said:
Some fun with photography!

No photoshop was used.

When are they going to make a TIE to go with the Xwing? It's an awsome peice to be sure!

Hmmm, I thought about one of those blades but I've never held one to really know what I was looking at.

I found Palpy in his chair!!! 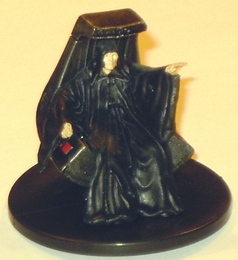 The_LingSter said:
When are they going to make a TIE to go with the Xwing? It's an awsome peice to be sure!
Click to expand...

No TIE has been announced. Since next year is the 30th Ann. of Empire, expect to see Slave I. After that, the TIE is the next biggest demand among the fans, so probably in 2011.
?

Anyone interested in a road trip to Buffalo to see Fanboys this weekend? That's the closest it's playing to Rochester so far....
T

Wow, didn't even relize it was this weekend.
?

but I can see a saturday morning cartoon coming for this...

A live-action TV series set in the “Star Wars” cosmos has been an elusive, tantalizing prospect for years. News of the potential production first surfaced in 2005 while George Lucas was promoting “Revenge of the Sith.” Work on the “Clones Wars” animated feature film and Cartoon Network series, though, took creative precedence. In late 2007, Lucas revealed that he and his team were about to begin writing scripts for the live-action show. Now MTV News has learned that casting for the series is currently underway.

During the junket for the Nicolas Cage thriller “Knowing,” star Rose Byrne let slip that Team Lucas is casting a wide net for actors to join the show. “A lot of my friends have been auditioning for it,” she said.

According to Lucas, the show will focus on minor characters from the saga and be set in the time period between “Revenge of the Sith” (Episode III) and the original “Star Wars” (Episode IV). The action will follow the Rebel Alliance as it slowly gains strength against the Empire. There will be Stormtroopers, but no Jedi or Darth Vader will appear on screen. As he did with the “Clone Wars” series, Lucas will write and shoot an entire year’s worth of episodes before looking for a cable channel on which to air the series.

Thus, with casting just now moving forward, it looks to be quite some time before fans will be able to catch some live-action “Star Wars” on the small screen.

jediblood said:
There will be Stormtroopers, but no Jedi or Darth Vader will appear on screen.
Click to expand...

old buddy of mine from my college days.

old buddy of mine from my college days.
Click to expand...

Welcome to the forums, ta2ween!
M

jediblood said:
but no Jedi or Darth Vader will appear on screen.
Click to expand...

So maybe Vader-cam? Shots from Vader's view.
SCENE: A stormtrooper turns around and looks at the camera. (Vader's breathing is heard)

STORMTROOPER: "Sorry sir, I screwed that up".

He then begins to choke and drops to the floor. The camera then turns to another trooper.

The guy almost craps himself in fear as he rushes to get rid of the body. Camera then begins moving down the hall.

jediblood said:
There will be Stormtroopers, but no Jedi or Darth Vader will appear on screen.
Click to expand...

Seriously. There's a project that's doomed from the start.

And, Andy, was there much damage to the opposite wall in your basement when your x-wing was finished firing all those shots?

In other news, I finally got my Spacetrooper at 6k yesterday. I also picked up Deadpool- there was still another one on the pegs. That's a great looking figure! I passed on 2 versions of the Hulk, 2 Caps, Ronin, Spidey, Iron Man and a few others. There was also a handful of figures I hadn't yet seen from the Wolverine line (Gambit, tan/maroon Wolvie, Weapon x, etc.) but I passed on those as well. I actually found the character I was looking for (Black Panther) at 5r, as well as a copy of U2's new album, which is pretty good so far

(I'm halfway through it).

If anyone is fan of Chris Cornell (Soundgarden, Audioslave), you will be disappointed with his new solo cd. For some reason, he decided to go Techno.

jediblood said:
If anyone is fan of Chris Cornell (Soundgarden, Audioslave), you will be disappointed with his new solo cd. For some reason, he decided to go Techno.

I love 3 of Soundgarden's CDs (BadMotorFinger, SuperUnknown & Down on the Upside). I guess I'll just stick to listening to those

jediblood said:
If anyone is fan of Chris Cornell (Soundgarden, Audioslave), you will be disappointed with his new solo cd. For some reason, he decided to go Techno.

Thanks for the heads up- I was wondering. Not that I dislike techno, but if you're looking forward to one thing and from an artist it's another, it can be frustrating.
8

Continuing the celebration of the #1 movie, today's Photo Archive features the new figures from WATCHMEN.

Today features all of the figures from series 2, including variants:

I picked up Bullseye and stealth Iron Man at 8b last night (right before closing) from a fresh case, so most of the rest of that first wave should still be there if anybody's still looking for them...
W

Grabbed Maverick, Deadpool, and Gambit from the Wolverine Origins yesterday and saw a good chunk of Comedian Watchmen figures at Henrietta TRU.

About an hour ago Toys r us in Greece seemed to had several full pegs of MU figures.