I thought they did an amazing job on the Neimodians. I also like Darth Sidious, TC-14 and R2-B1.
B

The Destroyer Droids are my favorite Ep.1 figure. I can't get enough of em. I have 25 and still buying more. You can put them in any Ep. 1-3 diorama. I can't wait for the new one with the force field coming soon in the not too distant future.

The Episode 1 line is getting more and more respect as time goes on.

The Sith Speeder Maul face blows the other Mauls away... Anyone else ever noticed this ?

Dark_Raider said:
The Episode 1 line is getting more and more respect as time goes on.

The Sith Speeder Maul face blows the other Mauls away... Anyone else ever noticed this ?
Click to expand...

I am noticing that too. It seems more and more people are trying to collect this line nowdays.

Dark_Raider said:
The Episode 1 line is getting more and more respect as time goes on.

The Sith Speeder Maul face blows the other Mauls away... Anyone else ever noticed this ?
Click to expand...

I think for the Episode I line of figures yes, and while not part of that line, the POTJ deluxe Maul to me is the best representation of likeness to date. I know we're talking Episode I line stuff here, but I had to mention it, sorry!
G

sidious was a beautiful sculpt.

I liked the Naboo Royal Security guy with the helmet a lot. He was hard to find here, but he was worth the search. And the Battle Droid from one of the Naboo sets (either the hangar or the control room) that falls apart if hit. The other droids with their variant paint schemes were cool and all, but this droid could add a little something more by being left laying in pieces, where the other ones couldn't.
S

There are others too, as i recall my Sith Speeder Darth Maul is still one of my absolute favourite SW figures ever. And the fact that he (+speeder) was $5 on clearance in 2000 was a bonus at the time!!

Any Darth Maul figure is my favorite.

Since opening weekend of TPM3D has come and gone, I thought it might be fun to discuss episode 1 figures that can still hold their own against the figures of today. Now we can all agree that articulation of yesteryear is nothing when compared to today's standards, but feel free to post pics of your TPM figures (EP1, POTJ or even Saga) that you can display with your most current figures, and still hold your head up high! Here's my first entry: 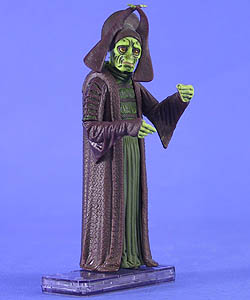 I need to get this guy but I really like the Colonel. 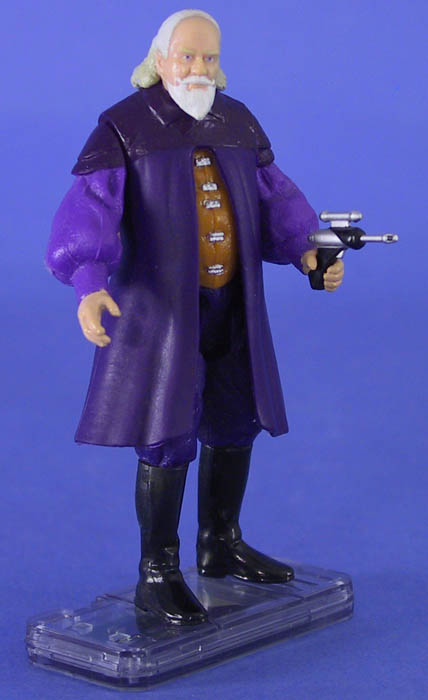 Love these guys! I have 0 of the lesser-damaged one, 1 of the regulars, 2 of the extremely damaged, and 3 of the brown. 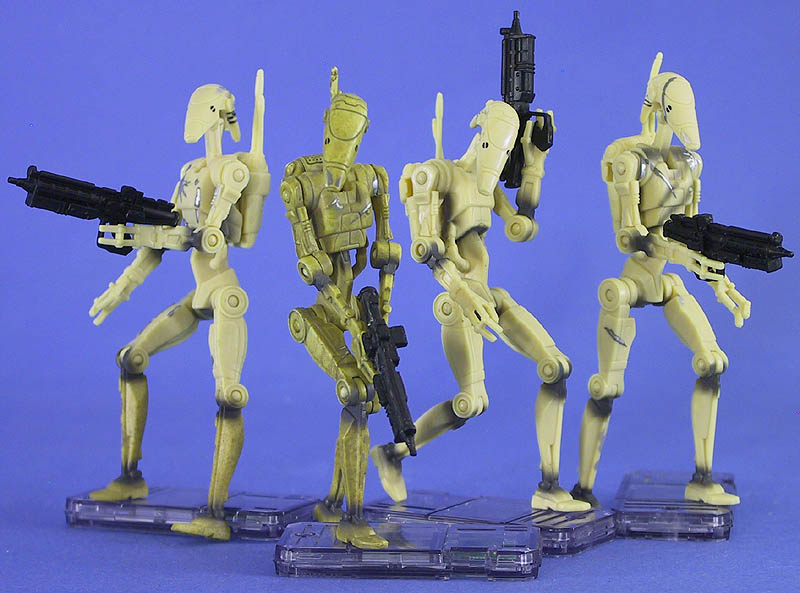 Hmm...the battle droids are really good, and Nute Gunray was really good too.

my personal favorite is TC-14. the metallic finish is mesmerizing :wtf:

Senate guard (power of the Jedi card least favorite of card backs) but I like the blue dude.
J

Mace Windu. I always thought he was really well-done. I'd also vote for Adi Gallia or Ki-Adi Mundi.
M

He was hard to find but I thought that R2-B1 was nicely done.
M

There are a lot of good figures in this line, but my absolute favorite has got to be the Jedi Duel Maul or the Darth Siduous, both figures I have a deep sentimental attachment to but I really like the Ki-Adi Mundi and the Jedi Duel Obi Wan Kenobi too. Lot's of great figures came out of this line and I'm happy to have been a part of collecting them, it's cool because I remember still being able to find figures from Episode 1 in stores deep into 2002 and early 2003.

It crosses over into POTJ, but Theed Invasion Amidala is also really great, even by today's standards. 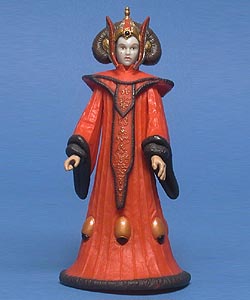 Sio Bibble isn't the best, just one I like.

But that Padme looks great, but the face looks photoshopped in.

I would agree with Jcc2224Cody on this. I bought a few of Ep. 1 figs and the battle droid stood out the best for it's time and still holds out till this day. I remember buying other droids in the 2002 Saga and in the TAC, but they seemed so flimsy and less animated in their movements.
T

The EP1 line was very underrated, especially because the initial '99 figures were, in many cases, over-produced and peg-warmed everywhere for a long time. That being said, there were a lot of great figures/toys that came out of this line, and I have fond memories of getting these back in the day:

- Darth Maul w/Sith Speeder: IMHO, this is hands-down the best EP1 Darth Maul that has ever come out in any line. Superb sculpt, and the face was especially well-done.

- TC-14: Nice figure, and extremely HTF. In fact, I never found this toy in the EP1 line, but eventually got this when it was re-released in the Saga Legends line in the late 2000's (and even this SL figure was HTF!)

- R2-B1: Great figure; I like R2 droid variants, and the dark blue & yellow colors on this were very nice. This was another extremely HTF figure - I only saw this once @ retail.

And, though it's nice to go into a store now and see new EP1 figures & re-packaged EP1 vehicles (to promote the 3D version of TPM), nothing will beat the feeling of going into a store in early May '99 and seeing pegs & walls of red-packaged EP1 toys everywhere :grin:

Tough question I'll have to think about it

CadBane said:
Tough question I'll have to think about it
Click to expand...

What was the point of this?
J

CadBane said:
Tough question I'll have to think about it
Click to expand...

trandoshanhunter said:
What was the point of this?
Click to expand...

Most of the figures were pretty decent, the articulation wasn't overly great but Hasbro made up for it with awesome paint apps on the characters that made them extra special - Nute,Rune, Watto to name a few. It's alright line but I'll ignore the fact that the line pegwarmed for ages and some figures were impossible to find.

I also really fond of Holo Darth Sidious. The color is great, even if it's a little on the purple side. I like how the face and hands were given a light flesh hue, but still translucent. 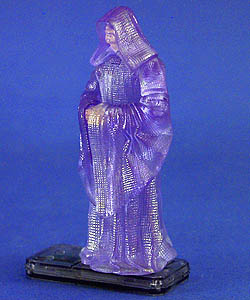 R2-B1. While lacking a third leg, he came with a charging port, as well as his rich deep blue and stark yellow paintscheme. The dome was incorrect, but other than that, he was good.

TC-14. The yellow eyes were done quite well. I wasn't sure I liked the black splotching near the joints, but the eye and midsection wiring were well-painted.

C-3PO. The one and only time a "naked" protocol droid looked so good. Detailing was awesome.

Battle Droids. Variations were a plus. They had the most articulation out of the whole line, and unlike the generations that followed were made from a sturdy plastic.

OOM-9. One would think a simple repaint would have been all that would be done with OOM-9. But a new mold was introduced instead. Though it was generally squishier than the Battle Droid.

Nute n' Rune. Both were well sculpted and well painted. IMO they still stand up to this day, aside from articulation and removable miters.

I agree on Holo Sidious. I just got one and he stands out as the best Episode I figure I have. And definitely the best likeness of a hologram.

The Battle Droids and C-3PO are also very nice.
S

I loved this line, I guess cos most of the figures were really detailed and nicely done.