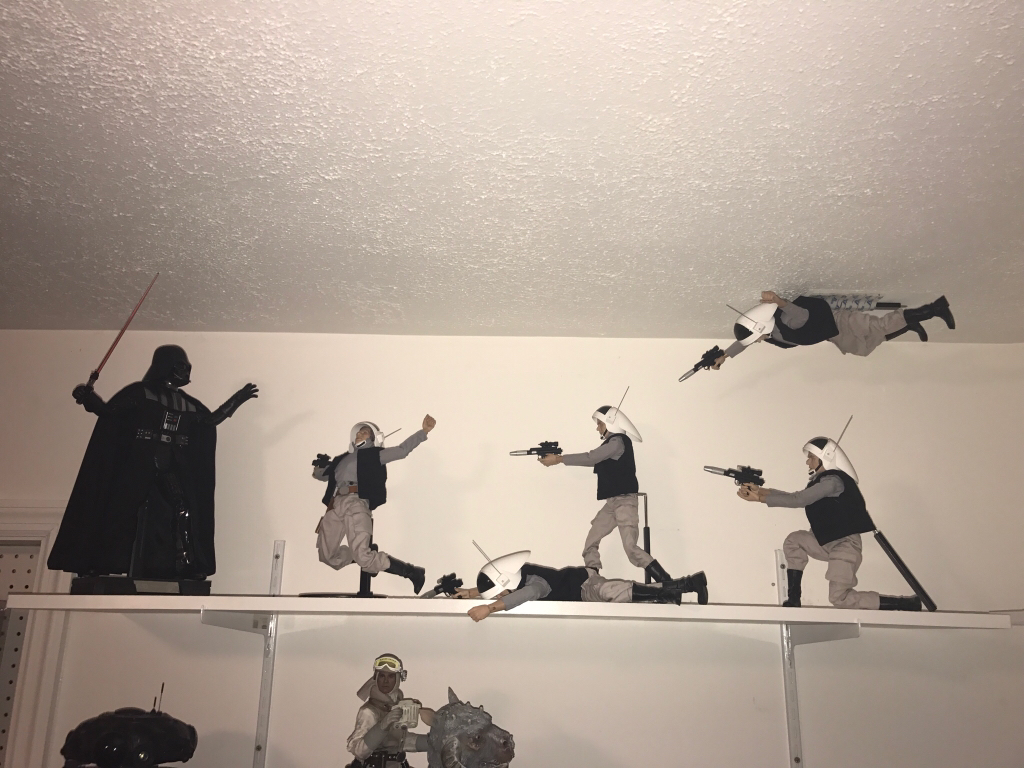 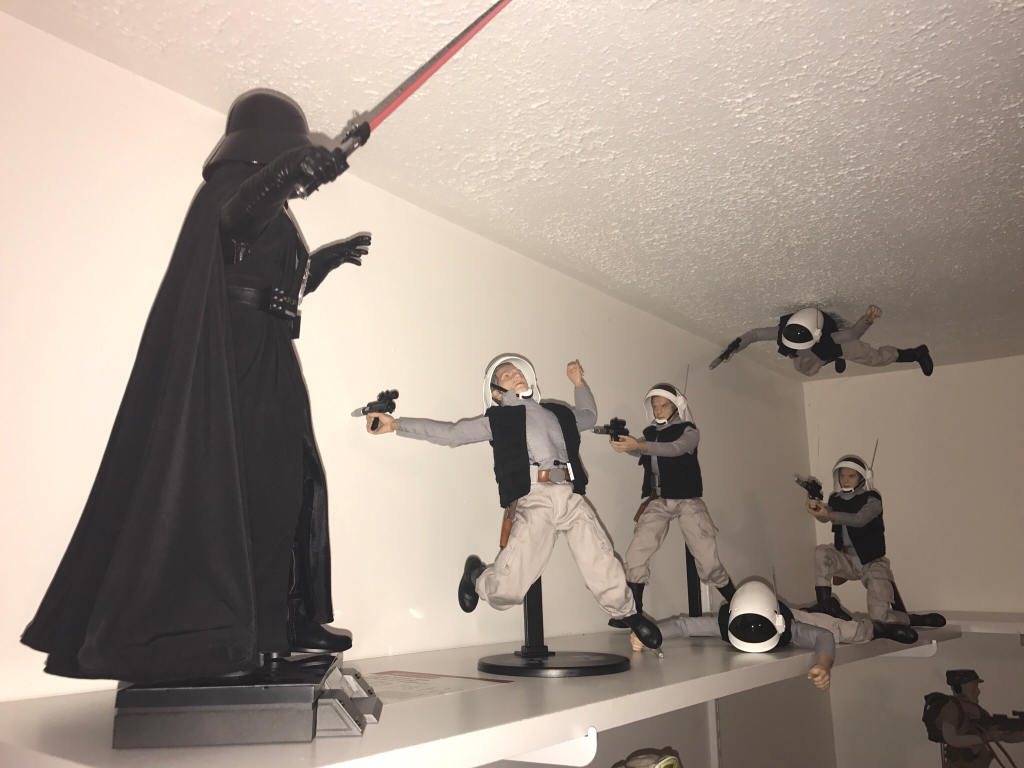 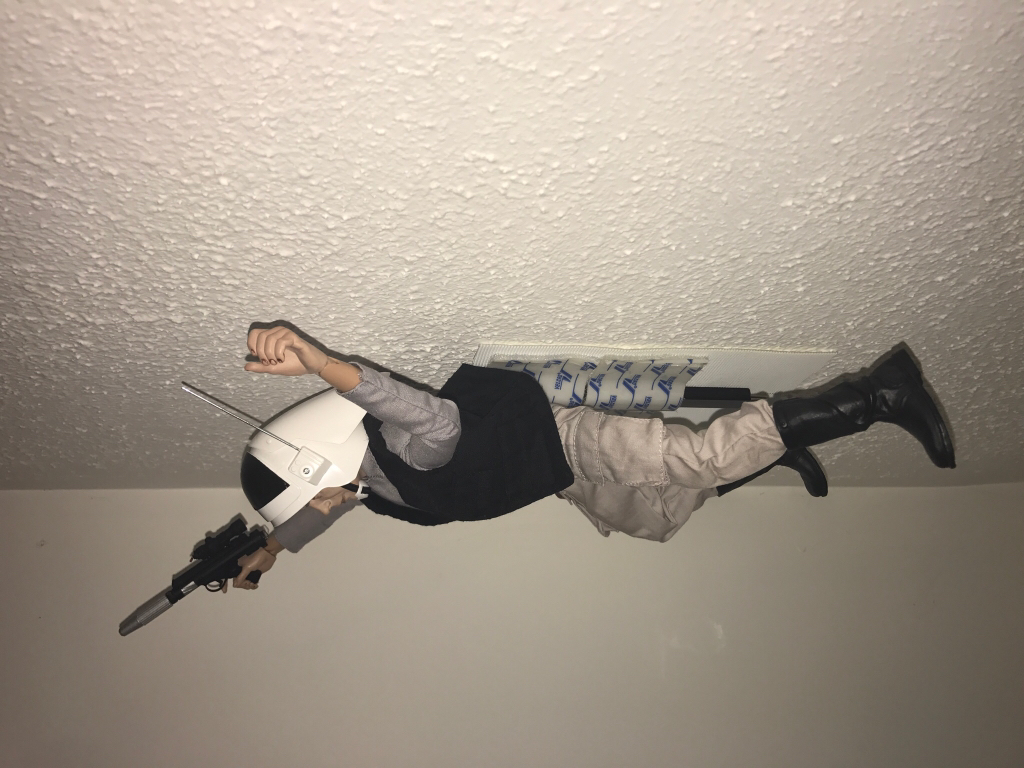 I decided I wanted to recreate the last scene of Rogue One where Darth Vader wipes out a bunch of Rebel Fleet Troopers. I managed to pick up four Fleet Troopers within the last two weeks. The Vader is the Hot Toys/Rogue One version.

The one that's suspended is held up by heavy duty Velcro. I used the black pole used in the stand and kept the wire insert in it. This I placed Velcro on the stand so that the circular part, that wraps around the figures waist, was pointing downward. That's what's holding the figure up.

Now, if only SSC would make a Tantive IV blockade environment!

Looks amazing! Regarding dioramas you should contact Jazzinc on SSF he has made some awesome Tantive IV displays.

SportsAnchor...Joost or JazzInc. Is working on Tantive IV 1/6 scale diorama. His incredible work is on YouTube. You can check out his 1/6 Death Star dioramas, which are for sale, under SSC section.

That is a fantastic idea. Nice work, sportsanchor!

That is really cool!
H

That is awesome! Nice work!

Hey, Sports. There's a customizer working on some Tantive IV displays over on the Freaks forum. Might be something of interest to you there.

The first one is the doorway with the walls, but there's some talk of doing just standalone backgrounds as well.

Joost or JazzInc. posts his work here as well under the main 1/6 SSC section. He is truly talented, and the diorama pieces, as well as custom work, is remarkable.
You must log in or register to reply here.
Share:
Facebook Twitter Pinterest Email Link
Top