On Sideshow Freaks member Racetrack wrote that Susan said Ahsoka Tano was in the works. He wrote statue but SSC has just Pfs for Star Wars. Susan is the one who host SSC Facebook video's.

Would be a cool Mythos figure.

Jayson said:
Would be a cool Mythos figure.
Click to expand...

They DID say that the Mythos line was just on the back burner for now & not dead years ago. This became clear once they revealed the sixth scale Obi-Wan. I love the Mythos line & JUST missed out on Fett by a day....literally. I own 2 of them & they're great! The size is pretty much perfect for my liking. If they were to bring back the statue line, then I'd be all over it. Then I'd have to pay the hefty aftermarket price for the other 3 that I'm currently missing.
D

Thing is that during years that this line has been hiatus statues have gone up so much. I remember when Darth Maul first came up he was $250.00 and collectors complained about that, today these would be
$500.00 on up. Stinks so many they could have made in the last 5 years. Look at new Batman 1/5 line that started at $520.00. When I started collecting 1/5 comiquettes cost $150.00, at these levels how many can SSC make of these.
Last edited: Oct 22, 2017
D

SSC did a reply about this no statues planned. The poster on Sideshow Freaks wrote that he knows what Susan said.

I'd buy an Ahsoka PF or Mythos statue for sure !

Think its a matter of when, not if at this point
D

Yes she super popular now, with more CW and Mando SSC has to have one in the works
D

Instant buy, I passed on the MYC one, just wasn't my cup of tea. I think their stuff is pretty cool, but their poses aren't dynamic enough for my liking. So an Ahsoka PF or Mythos statue would be an Instant buy!
A

I agree on the MYC Ahsoka. Can't wait for more pics of the Cad Bane ! Cool character ! And yes, PF and Mythos Ahsoka versions will be instant orders !

Not SIdeshow, but I love my 1/4 scale

Pretarion said:
Not SIdeshow, but I love my 1/4 scaleView attachment 359227
Click to expand...

WOW!!! Who made this statue?
F

Pretarion said:
Not SIdeshow, but I love my 1/4 scaleView attachment 359227
Click to expand...

That is beautiful! Is that a custom piece from Mauro Misiewicz?

FuzzyWampa said:
That is beautiful! Is that a custom piece from Mauro Misiewicz?

Sent from my Pixel 3 using Tapatalk
Click to expand...

I believe that is a Xionart Piece. You can find them on Facebook. They have what looks like a lot in the works and some of the pieces do look amazing. That Ahsoka does look nice just not a fan of the half shirt look. They do take some liberties with their pieces but it still looks truly amazing. Ill wait and hold out hope for a Sideshow PF or Mythos

Given the stupidly low edition number GG had for the bust it's now listed at nearly a grand on ebay, so hopefully Sideshow make an Ahsoka in either format, I just want her with the dual Lightsabers and maybe with her hooded cloak.
D

With the market being flooded with Mandalorian product you can almost guarantee that as long as Ahsoka is in Season 2 like the we all think, they will make a whole bunch of her!
D

The bird makes me think Rebels but it will def be Mandalorian, cash in on it while it’s hot.
I’ll be passing it up since Xionart has a season 7 animated 1/4 scale coming up for PO in January.
A

Can't wait to see what Sideshow came up with !

Looking like Rebels, along with them having a hashtag of Rebels.

Don't think it'll be TCW Season 7 or Mando, as they probably didn't have access to the full version of those characters when they made this.
N

Well a realistic Rebels then, they haven't ventured into any animated sculpts. We'll see what they have, I'm actually quite interested. Either way I'm picking this up from Xionart when it comes up for PO in January.

Any new news on the Ahsoka PF ?

ATATDRIVER said:
Any new news on the Ahsoka PF ?

Sent from my SM-N950U using Tapatalk
Click to expand...

Nothing yet, looking like a May 4th week reveal. Sideshow is doing a week of Star Wars stuff for that week.

The art print to go with the PF was released though.

Is that really already 4 years of waiting now?
Chris
D

Should show on the 4th

Looks ok to me.

I think she looks great! Looks like preorders start tomorrow.

Chewiegum said:
Looks ok to me.

Beat me to it Chris!

She looks fantastic and I now have something to use all my reward points on.


Give me a confirmation that those gorgeous white sabers light up and I'll be completely satisfied.

Very happy they didn't screw this up like Mando, Gideon and Cara. 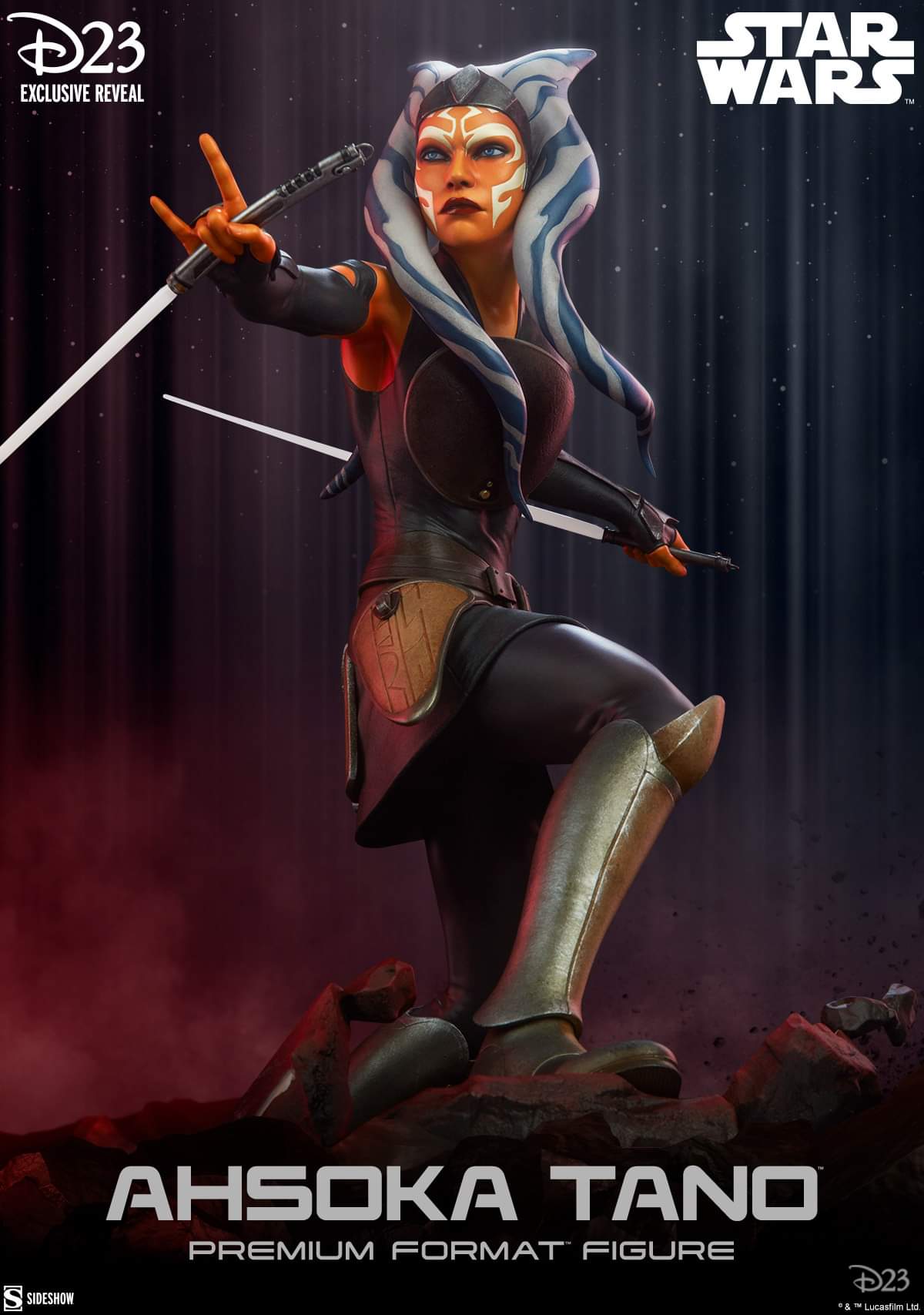 This might have to be the first Sideshow statue I've ever purchased. Really love that they went with the Rebels look over Mando or TCW.

Looks very nice, but what's with the fingers? 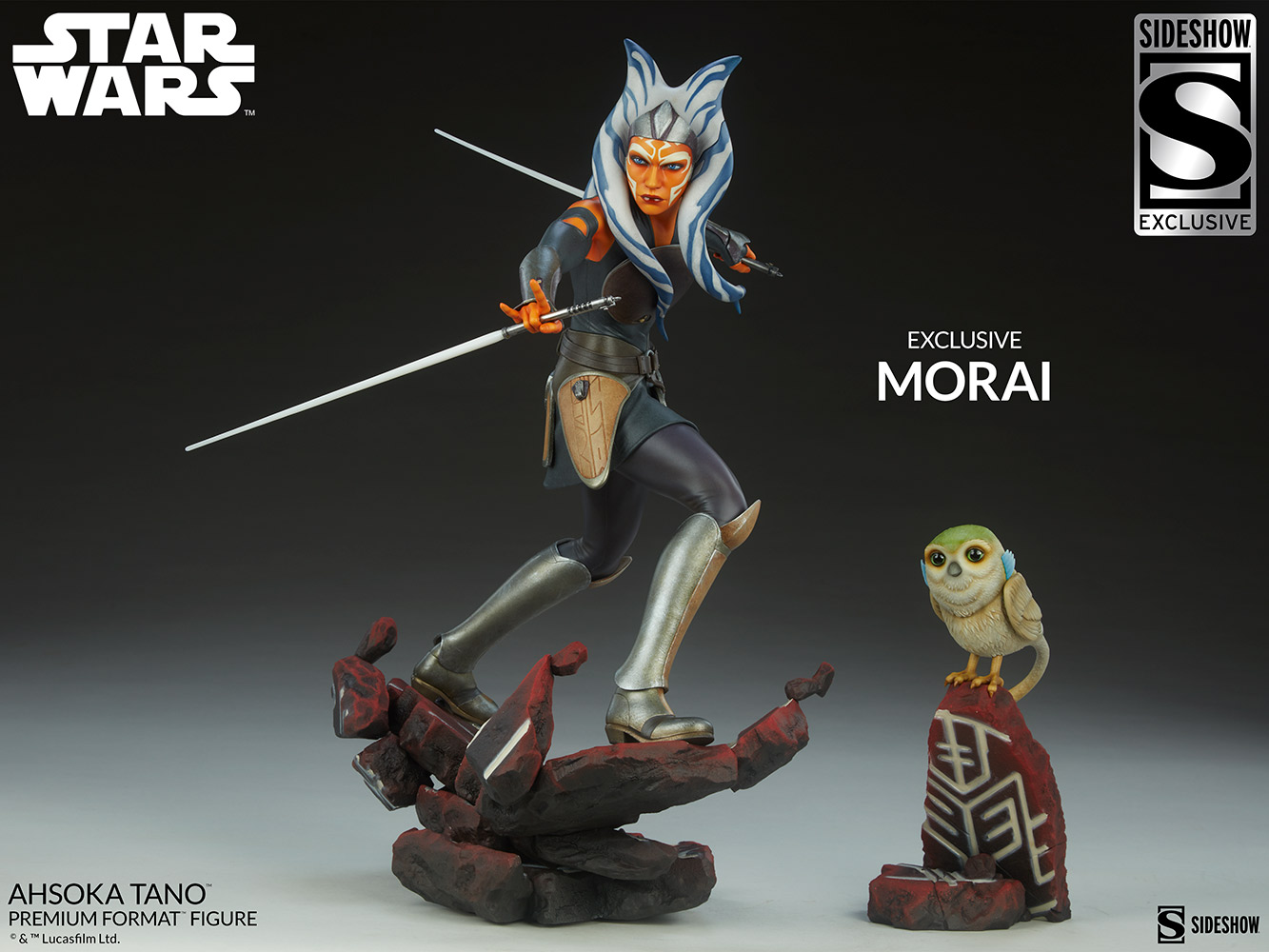