Some of my Super Mario Bros. customs

Apart from Star Wars customs, I like to do some occasional Mario customs. This is what I got so far.

One of the earliest customs I did, Fire Mario and Ice Mario. These are figures made by Applause, dated 1989. The original figure is in the middle. The Fire Mario custom is Mario in his modern fire outfit. The white paint I have never seems to stick properly, unlike the other colors. Ice Mario was introduced in New Super Mario Bros. Wii, which is opposite of Fire Mario. I'd like to get one more and paint his hat and shirt orange, giving him the colors of Fire Mario from Super Mario Bros. 3. 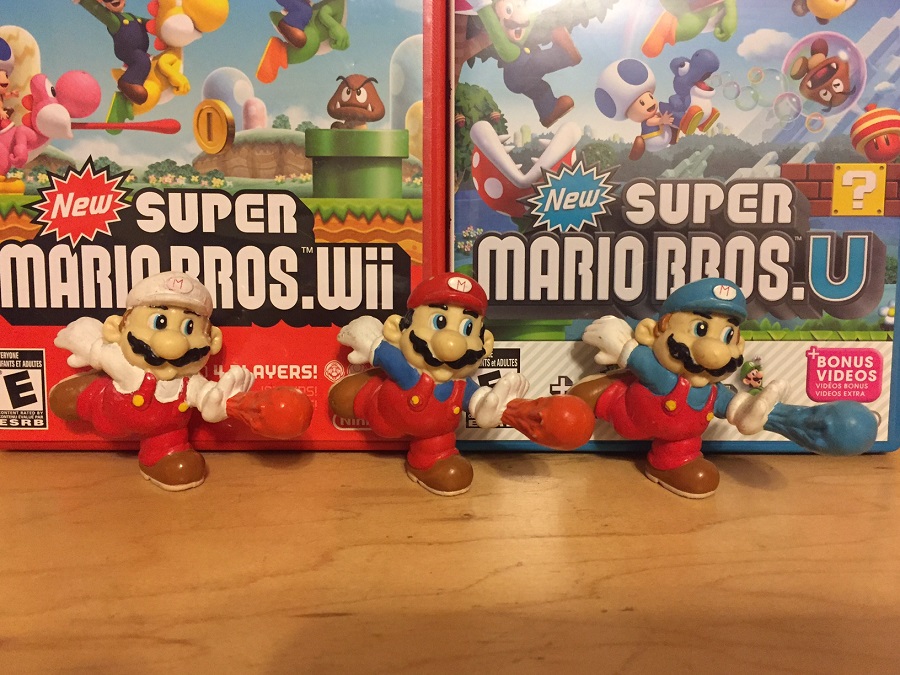 Another early custom, these are Koopa Paratroopers from a McDonald's Happy Meal when they had toys for Super Mario Bros. 3. The red is the original, I bought an extra and painted it green. 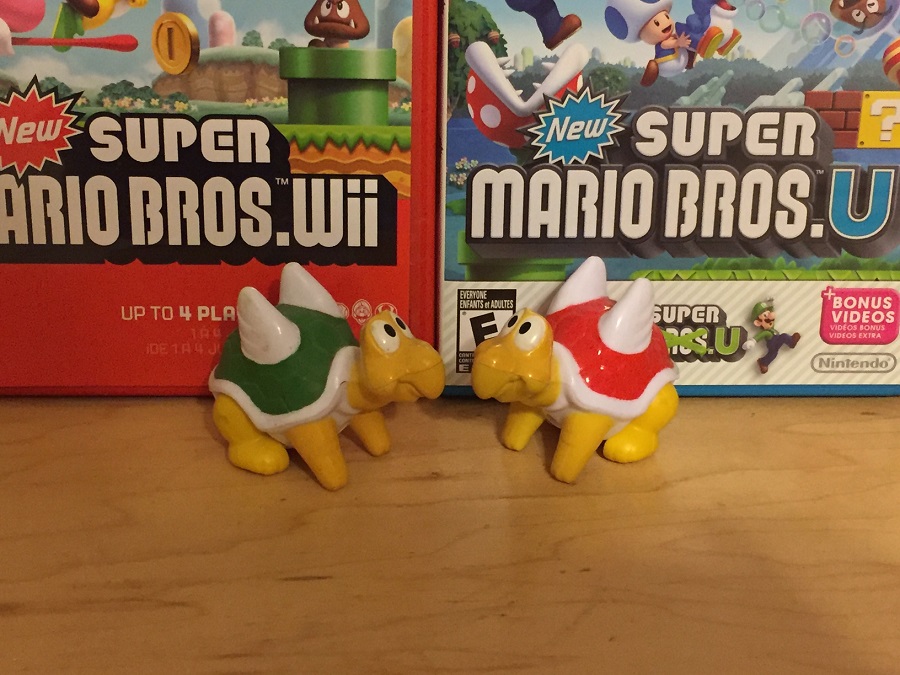 Lastly, my most recent customs. I finished these this past week. These are from Jakks Pacific World of Nintendo 4 inch line. My customs are original Mario (red hat/overalls look) and Cape Mario from Super Mario World. I grew up with the red hat/overalls look so I kinda miss it. For original Mario, the head is from Mario wave 2-4, while the body is from an Ice Mario figure. I simply did the boil-and-pop method (just ran it under hot water actually), repainted his shirt a darker blue, then swapped the heads. I'm very pleased with how it came out. The Cape Mario figure was easier. I took a cape from a Robin figure from Batman and Robin, which is made by ToyBiz and dated 1989. I simply popped the head off, put the cape on, then the head. 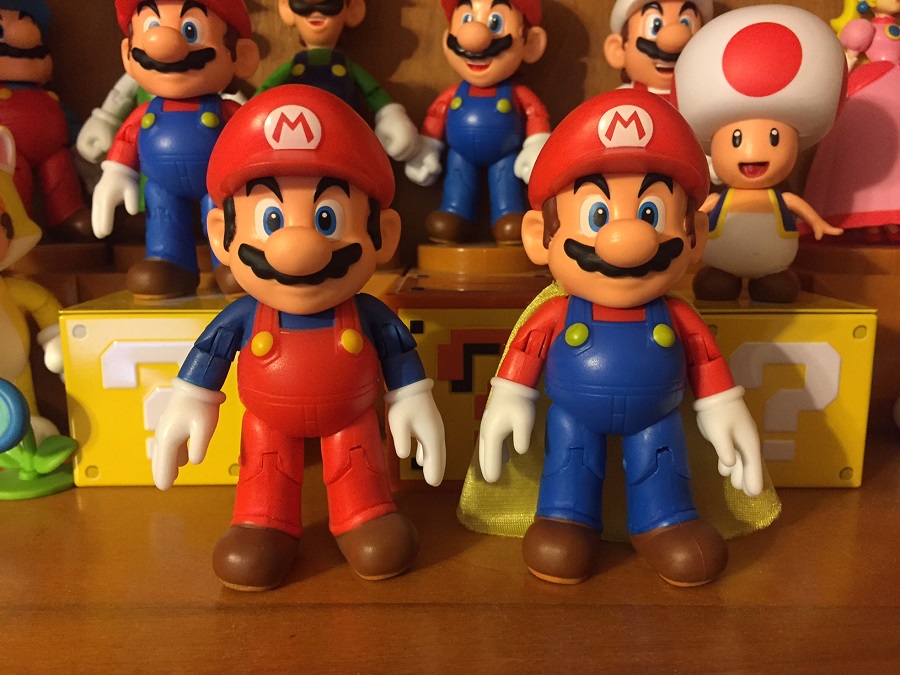 Did you manage to pick up an opalescent, see-through Star Power Mario? I reckon if you can get hold of a multi-flash cocktail stick, you could get a wicked-cool display piece out of that.

I finished another Mario custom this past week. It's the Koopa Clown Car, first seen in Super Mario World. I'm pretty pleased with how this turned out. My allergies have been killing me lately, I'd like to make some touchups at some point. I used a basic plastic fish bowl found at Walmart. I spray painted it white, and used a dremel to cut open a hole at the bottom for the propeller. The propeller was found at Gamestop and was the perfect color. 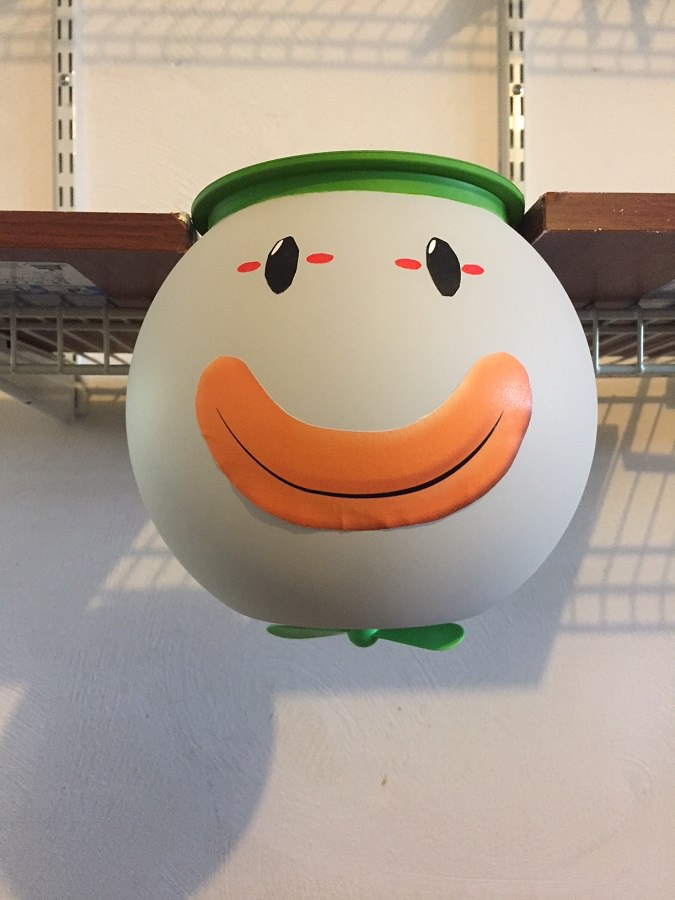 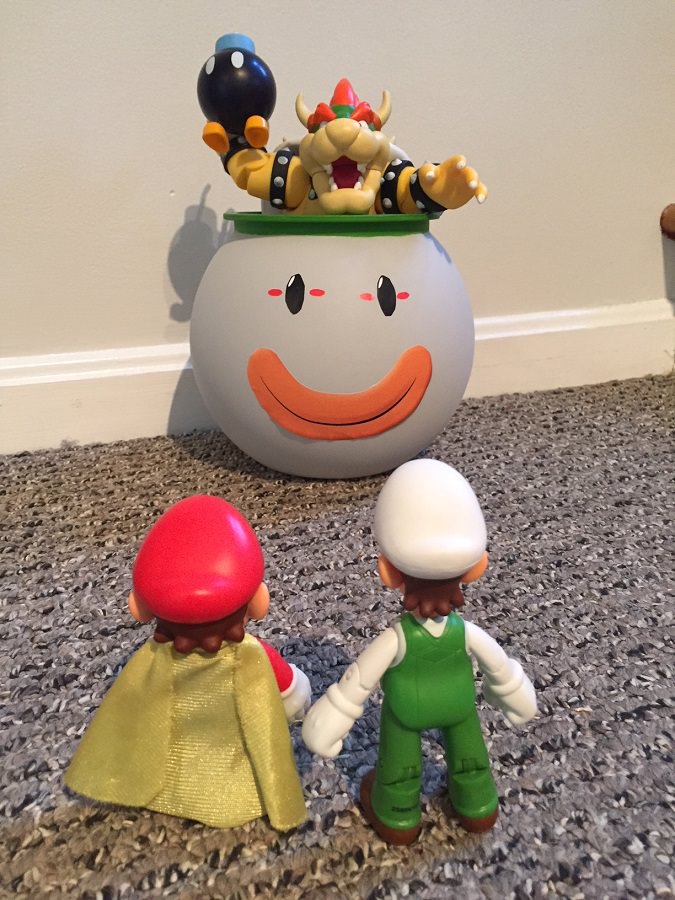 Since working from home, I've had more time to work on some customs. I've had Mario with red overalls made, and I finally got around to making an original Luigi with green overalls. An Ice Luigi figure was just recently released, so like with the Ice Mario figure I repainted the shirt a darker blue and replaced the head with one that had a green hat, while also repainting the hair black. Now I have legit Mario Bros. figures in their classic outfits.

Also, I swapped the hands out on the Mario figure with closed fists, as it looks better then the open hands. I'm including a comparison pic with the figures of them in their current color scheme.

Made Wing Cap Mario. I used a dremel to make the holes in the hat. The wings were from a Koopa Paratroopa and are still movable.

My favorite video game is Super Mario Bros. 3 and was beyond excited when they made a Raccoon Mario figure. As of New Super Mario Bros. 2 (2012) they changed Raccoon Luigi to Fox Luigi. Why I don't know, I never liked the change. I grew up with Raccoon Mario/Luigi, so I bought an extra Raccoon Mario and made my own. I did boil and pop with the tail, and used my dremel to cut the ears off. I made a hole in the back for the tail, which still rotates. Lastly I used the dremel again to carefully sand down the area around the ears.

SMB3 for the win! One of my absolute favourites.

In New Super Mario Bros. Wii (2009) the Propeller Mushroom was introduced. It's an orange mushroom with 2 tan circles on each side, and a yellow propeller at the top. In the past few years Jakks Pacific released a Propeller Mario figure. Depending on which release you got, it either came with a coin or standard Super Mushroom. I decided to make my own. It was just a simple repaint, and used my dremel to make a hole at the top for the propeller, which still rotates.

Not a custom but the fireball accessories from Marvel Legends Iron Fist figure go great with Fire Mario/Luigi.