Masterfett said:
We kind of already did "Back A Figure", she was called Jocasta Nu and cost us $25+ Shipping! So I guess depending on the character, I'd be willing. But I definitely wouldn't throw that kind of Money around for figures like Piett, Luke etc. It would have to be something very special, like the Tonnika Sisters, which would be $50. but you know what I mean.


I'd be all for those 3-Pk ideas as well, but I'd be 100% in with both ideas above it I were able to get more EU characters. Like Dash & Leebo for starters! The reason i wasn't inoit the Luke 3-Pk is because I already have all those figures, and the photo real just ain't enough to make me rebuy. I would prefer to get 3 different characters.
Click to expand...

This reminds me of how much I want Jocasta Nu from the comics. They could put her in a 3 pack with some Inquisitors 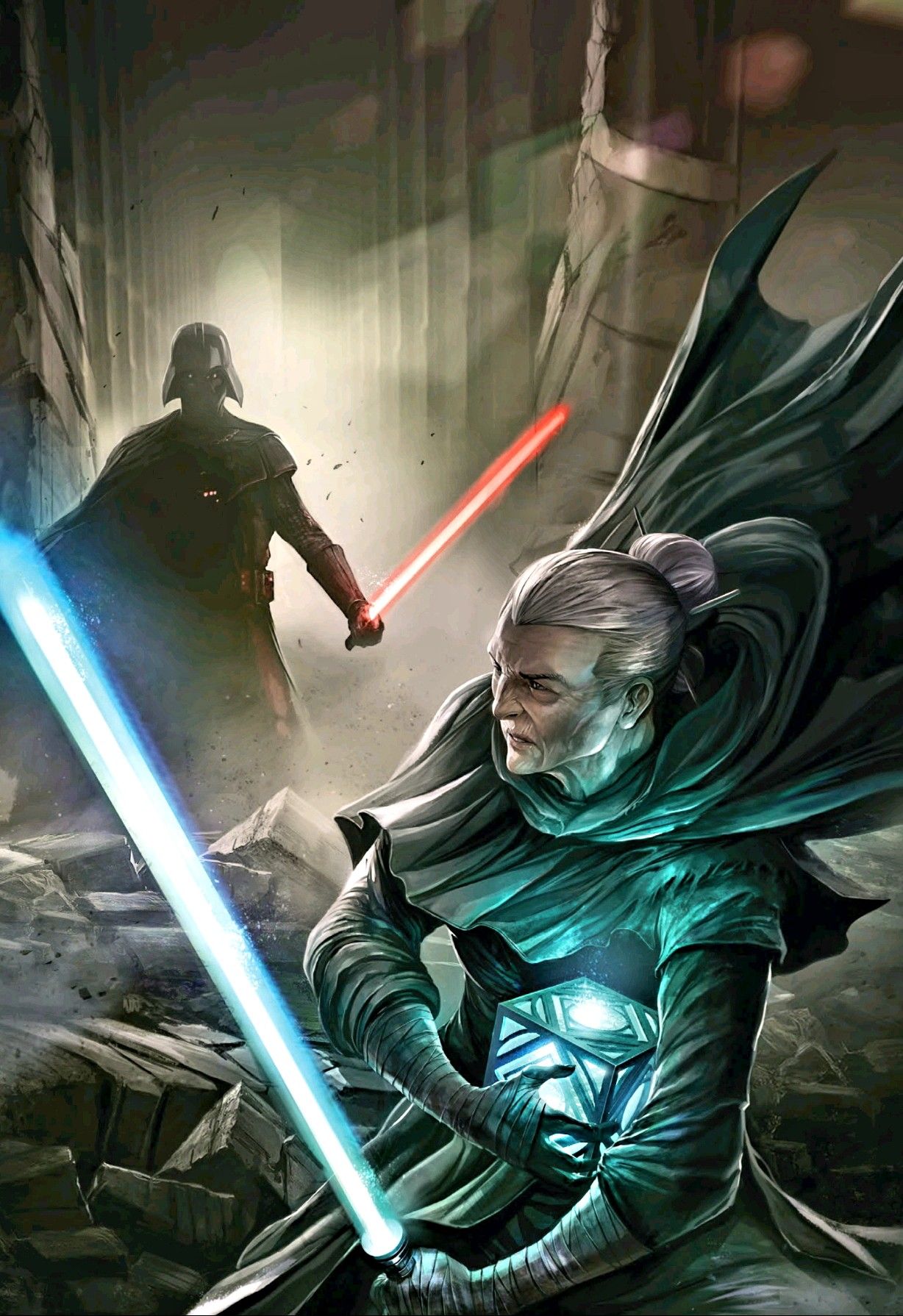 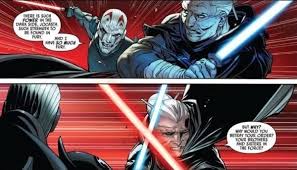 Damn- this thread is about everything EXCEPT Sim Aloo LOL :weeabooface:
M

Alright, scratch my initial 1figure question. Let’s say Haslab put out a poll asking us to come up with 1 character from each movie(not counting Rogue One & Solo in this just yet). So basically we get to come up with 9 figures, 1 from each episode.
What would be a fair price for you to pay for 1 character from each Episode, picked by us? Would you pay $150 for a set of 9 individually packed figures(in TVC packaging)? That comes to just under $17 per figure. Too much? Fair price? Wishful thinking?

Daigo_Bah said:
Damn- this thread is about everything EXCEPT Sim Aloo LOL :weeabooface:
Click to expand...

Haha, it certainly seems like it, but at the core of the discussion is the maximum pricepoint collectors are willing to pay for fan favorites, and what release method best suits certain characters (3-packs, etc). Hasbro already knows the demand is there for Sim Aloo, so keeping the thread active, by all means, will hopefully help that.

Is Sim Aloo in Rogue one?

Daigo_Bah said:
Damn- this thread is about everything EXCEPT Sim Aloo LOL :weeabooface:
Click to expand...

Hopefully, a year from now, we will be talking about an actual Sim Aloo figure.

jimmii said:
Is Sim Aloo in Rogue one?
Click to expand...

No, thats Vanee, but he does look like an Imperial Dignitary. 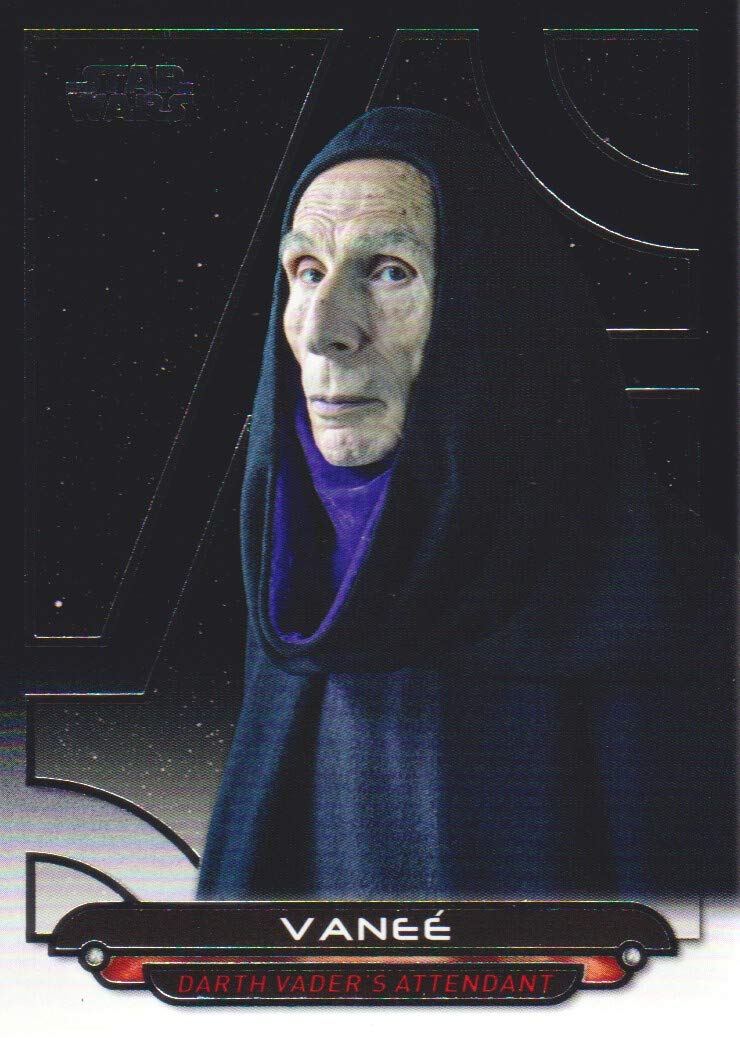 lordtyrannus said:
Hopefully, a year from now, we will be talking about an actual Sim Aloo figure.


Sent from my iPhone using Tapatalk
Click to expand...

darth_sidious said:
Haha, it certainly seems like it, but at the core of the discussion is the maximum pricepoint collectors are willing to pay for fan favorites, and what release method best suits certain characters (3-packs, etc). Hasbro already knows the demand is there for Sim Aloo, so keeping the thread active, by all means, will hopefully help that.
Click to expand...

Heehee- I was hoping there was news on Sim Aloo but I'm all for continuing this discussion
Last edited: Aug 11, 2019

Hey, if they want to pack Sim Aloo in with just about anyone of these figures mentioned above, I'd buy him. :grin:

Unfortunately he didn't appear with too many characters other than Vader and Palps. So it's not like there's a whole lot to choose from for pack mates. other than the usual subjects.
Because I'd be fine with outside the box, and do tertiary characters that weer present, but not actually in his scenes.

This is where doing a theme can get very limited.

Maybe they don’t have to be by theme. What if they just tried to do it by movie? They just could have 2 or 3 figs from the movie, unrelated by scene. Why not?

Would it be crazy to have an ESB 3-pack with (for example) General Rieekan, Blue Lando, and Bossk? Or Snowtrooper, Bespin Luke, and Lobot? It would just be by movie and both collectors and kids would be attracted to it by look and color.

For ROTJ, they could do Bib Fortuna, Poncho Han, and Sim Aloo. Or Barada, General Lando, and a Biker Scout. You easily could mix and match and they would sell SO FAST!

If you need mains to sell the product, then fine. Stick in two mains repacks and a new guy (or maybe a primary, secondary, and tertiary). They really would sell. They even might be justified at $49.99 or something (just over $16 per piece). They could empty their factories of overproduced units and pay for the new fig. Everyone would win.

I'd rather pay $20 for one figure I want than $40 for one I want and two I already have and don't really need extras of (see Skiff Guards).

$13. I will never understand why you guys keep asking for the prices to be raised. Boggles the f-in mind.

Chamberlain said:
$13. I will never understand why you guys keep asking for the prices to be raised. Boggles the f-in mind.
Click to expand...

He’s not talking about retail. He’s talking about essentially a made-to-order figure that has to be backed by a certain number of people for production, which would undoubtedly carry a higher price tag.

Yeah, $13 is more than enough for a retail pricepoint on a 3.75 figure, and thats what I'd like to pay for Sim Aloo and all the other background fan favorites. That being said, if the only option for release was paying a premium online, I'd have to do it. If they charged $18 for example, with tax (at least locally), it would be under $20, which I'd be willing to pay for a Sim. After waiting so many years, I just want the figure in my hands already.

I want Vanee and all the Dignitaries

I'd pay whatever it took for this particular figure. $20, $30, $40; doesn't matter. I have cash at any given time. Can't say that about particular figures. But that's just how I feel about backing this one in particular. Ask me what I'd pay for Greejatus (spelling) or one of the other dignitaries; and I'd be less inspired to push the dough. It's all about the appeal of the character, I guess.

Long have I waited for Imperial Dignitary Sim Aloo, so after years, I finally tracked one down. With the Hasbro releases and a couple customs I made, the gang is finally back together. I'm still hoping for a TVC release for Sim Aloo, but its great having an original. I also highly doubt this will ever be in the Retro line, so I had to secure one before the world ends.

View media item 397430
Lets continue the campaign for Sim by keeping this thread bumped in the TVC section. The Gonk is being released this year, so the Dignitary is the last Kenner movie figure not to be resculpted. Hasbro reps have discussed him a number of times, so lets keep reminding them that we want to see him released in this line.

All I want is a Dignitary 5-Pack. I don't care if you have to mark the figures up to make your money back...