The official details and pictures are up for the first ever hyper poseable Godzilla toy line from Bandai. These figures will have around 29 points of articulation and are set to rival Bandai's S.H. Figuarts toy line in quality and design. These will feature popular Godzilla characters and likely other monsters from Toho.

If you're like me, this is gonna be a line that might break the bank... But will be worth it!

Wow! As a lifelong Godzilla fan I have personally NEVER been as excited for any toy line as I am for this one. Up first, brilliant renditions of Heisei Godzilla (1993 or 1994) and Heisei MechaGodzilla. We have also been shown BRILLIANT renditions of Mogera and perhaps Godzilla's most powerful foe ever, SpaceGodzilla!!! If you are a true fan of Godzilla you'll support this line! They run rather pricey (as is to be expected from such excellently detailed super articulated pieces w/ die cast parts) so either stop calling yourself a fan or get a better job!
D

This appears to be Bandai's response to the kaiju in Kaiyodo's Sci-Fi Revoltech series. The SH MonsterArts are supposed to be about 6" tall, which puts them at a slightly larger - but still comparable! - scale than the Revoltech kaiju. And as Kaiyodo informed us, that Big G, MechaG & Ghidorah are off-limits to them, I WILL be getting that first Godzilla in this series! The rest, I don't know. 'Burning' Godzilla is definitely a pass.

I've never been a completist on any line before and I think I might get two of every figure released in this one!! This is my dream come true and I'm so happy Bandai gave the Big G his own high end toy line! I hear you about Burning Godzilla but I'm pretty sure he's set to be released with an unrevealed Destoroyah figure.

I think ? is Destoroyah. That's pure speculation on my part but DAMN do I want Destoroyah!!

As far as the Revoltech figures, the sculpting is top notch but I find them far too fragile. Also a bit on the small side, especially for kaiju!

I like the SH One Piece figures. They're really neat.

S. H. Monster Arts Godfzilla and Mecha Godzilla are up for Pre Order at amiami! First release comes with a radioactive blast effect!

Grab 'em before they sell out!

and yeah, the One Piece figures are really cool, though that's not really my Cup o' Tea.
D

The Sci-Fi Revoltechs aren't that small, Boba. I measured my Revoltech Gigan, with a ruler, & it comes out as a smidge over 5 1/2 inches to his top head spike - & that's a normal stance, not tippy toes or some such!

I just pre-ordered Big G at HLJ. It says that his height is about 15.5 cm. Doesn't sound too much bigger than the Revoltech scale for kaiju.

The problem is that Gigan was always taller than Godzilla. Granted this is the Heisei Godzilla... but Heisei G. was twice Gigan's height. so any way you look at it... It's really a minor nitpick. My main problem with Revoltech figs is how they explode when you look at them wrong. I had Chun Li, Ryu, and Guile from the SFO series and the two guys broke very shortly after they were opened. Baragon had a very loose ear joint upon removing him from the package (!!!). I have Ultra act Kaiju, and they're just stunning... I'm sure that Godzilla and pals will be of an even higher quality.

I certainly don't mean to trash another person's toyline Darth_Huntarr. The Sci Fi revoltechs certainly have their pros (one being sculpt of course... it is Kaiyodo after all!).

I'm actually really close to picking up the SH Sanji figure
from One Piece, but I don't know if I want to pick them all up at once to save on the shipping.

preordered both from BBTS. I am glad these will be available to the US market. I hope next year they make a couple SHOWA era Kaiju like Ebirah, Gorosaurus, Hedorah, and Titanosaurus.
D

I hope that they do make them, Primetime, as it's starting to look like Kaiyodo will not. I suspect that with the advent of MonsterArts, the Toho tap may have been turned off by Bandai.

However, other kaiju are fair game, as Kaiyodo has Sci-Fi Revoltech versions of Gamera II & Legion( from the film, 'Gamera 2: Attack of Legion', natch ) coming our way this winter! Go to the spawn.com forums or to Toyfreakz for photos. Legion is a no-brainer, but I'm undecided on Gamera II - I already have the other two that Kaiyodo did.

The G2 Gamera pictured with Legion is a STATUE, not a Revoltech! And considering that they want( after yen conversion )about $30 for it, & these days the Sci-Fi Revos go for $36-37.............they can keep it! Sorry, Kaiyodo, but for that kind of scratch, I like my kaiju POSEABLE!

Received my Godzilla from BBTS today..... It is AMAZING! The points of articulation in this figure is unbelievable. Can't wait for Mecha Godzilla in January.

You guys (and the guys at TKT) talked me into picking this sucker up. Got him today & damn if he isn't absolutely awesome! A work of art. The level of detail is insane. The atomic breath piece even has matching detail to the inside of his mouth detail work. Not sure how I'm going to afford more of these, but hopefully I can swing it.

No kidding on the price issue.... If you think Big G and Mecha G are something wait till you see the pics of King Ghidorah, Baby Godzilla, Rodan, Mogera, Space Godzilla and Aggregate form Destoroyah..... Ghidorah is HUGE!!!!!
Last edited: Dec 18, 2011 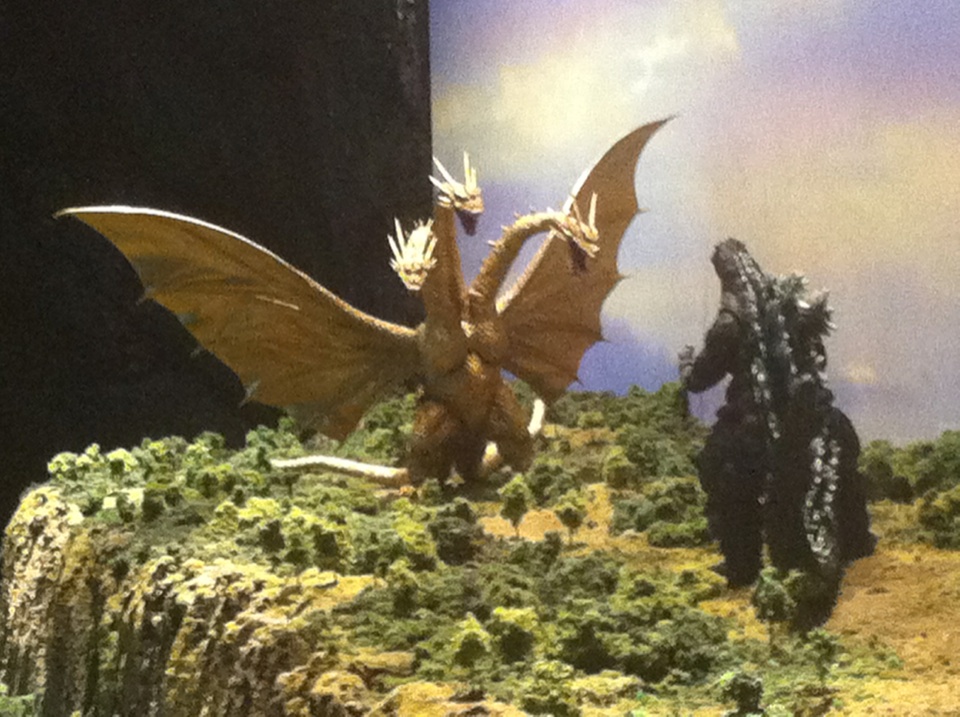 The King of the Monsters arrives!

I've had this guy a while now, but finally got around to breaking him down into review. The good, the bad and the ugly. As the most poseable Godzilla figure ever created, he has a lot of promise... But is it all radioactive potential? Check out the full review!
D

Just an update on the SH Monsterarts,here are some new ones. 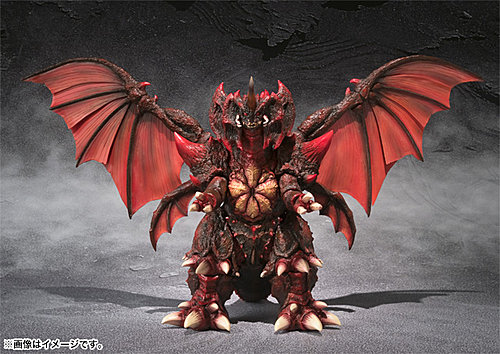 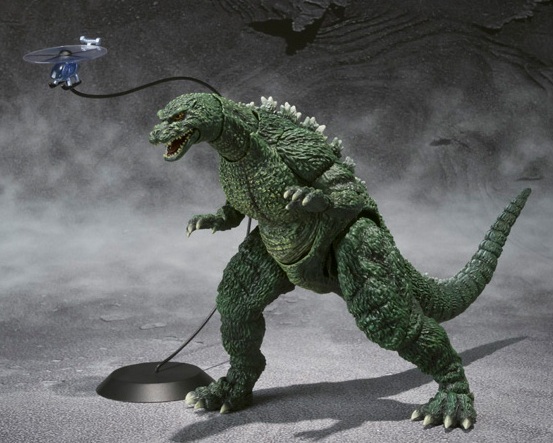 These look pretty sick. I haven't see any of these movies in years.
D

Guess what!The Showa series seems to be starting off with Godzilla 1964! 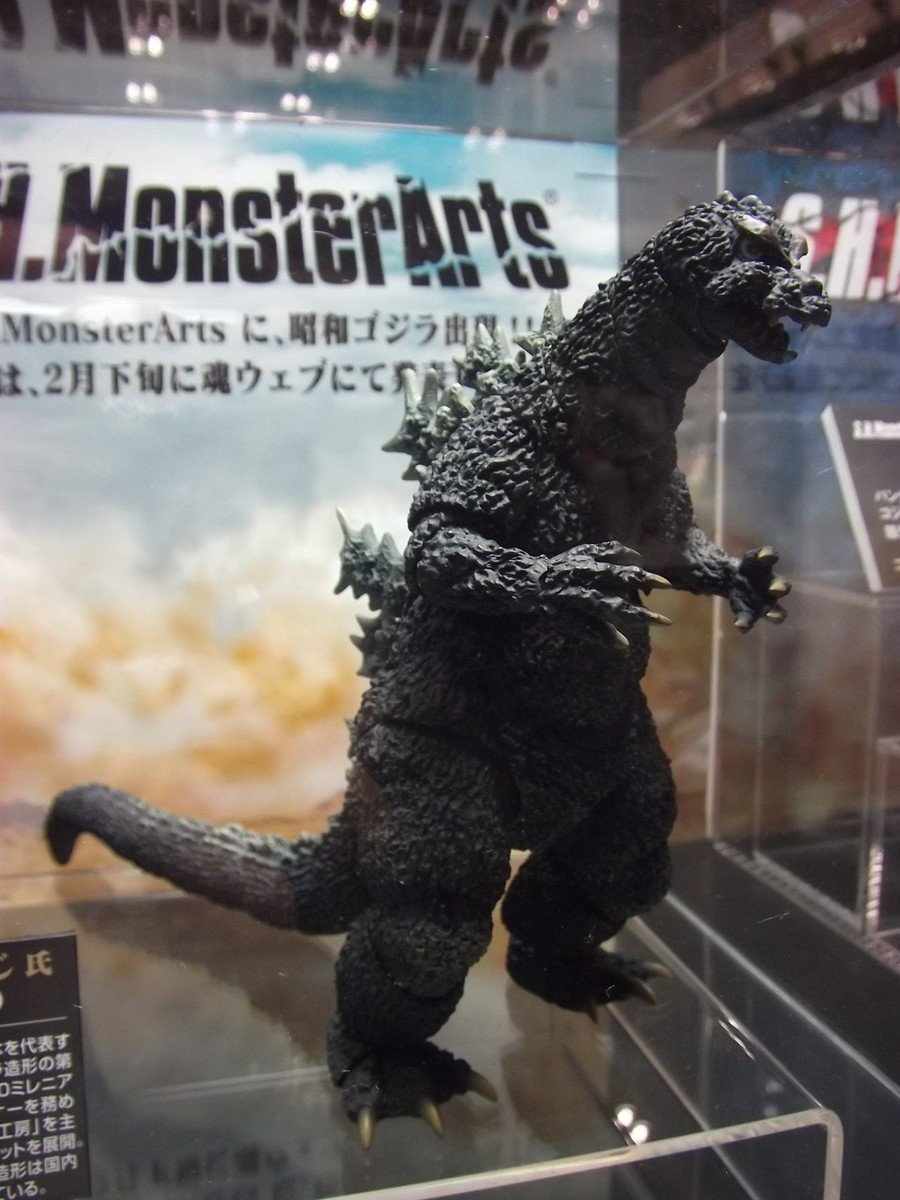 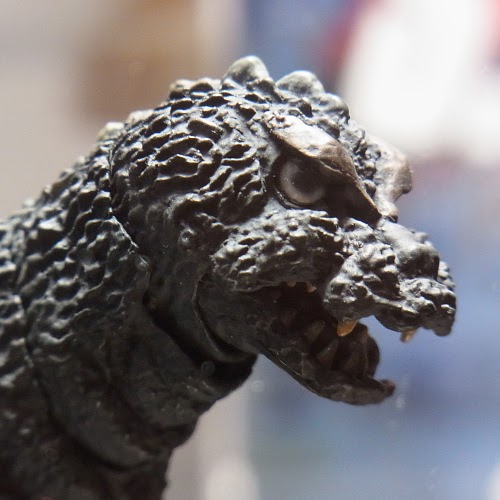 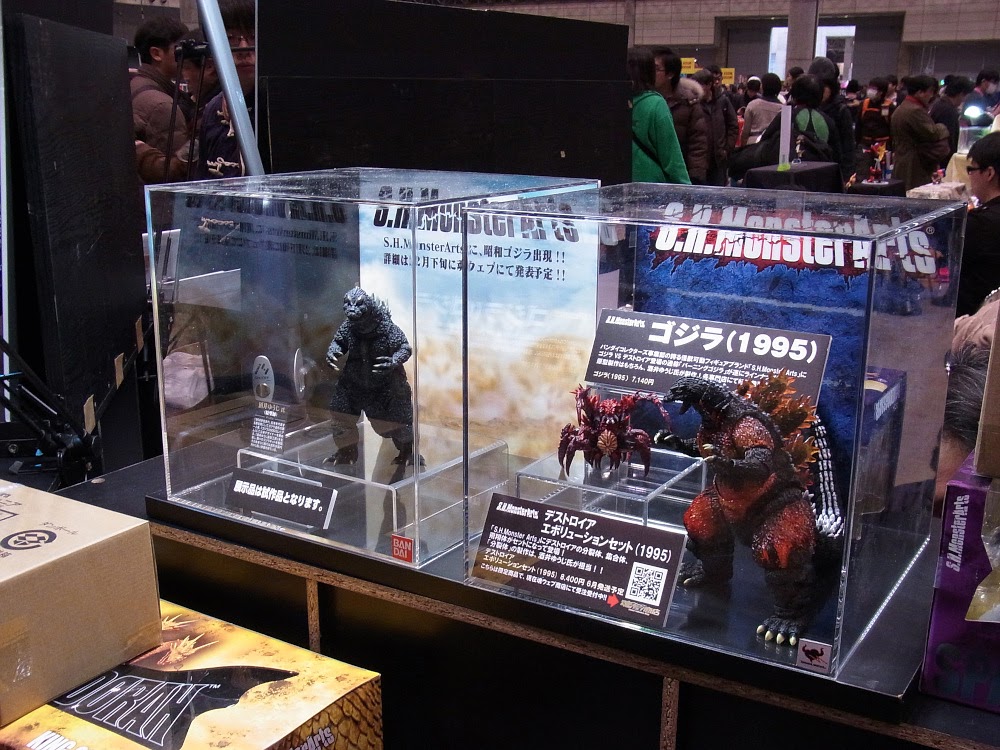 I just can't wait for this and some more Showa monsters like Hedorah.

These are so awesome, temptation is very high to just collect them, already been suckered into Dragonball Z Figuarts and starting to get tempted by some of the MAFEX stuff... Japanese import toys are taking over! o-o

That certainly can happen. Very easily I might add.
You must log in or register to reply here.