I picked up the 300th figure Boba Fett figures MISB. One has a white left border and one has a green left border with a photo of Fett.

Which variant is more rare? I know neither is very rare price-wise, just wanted to know.

I believe the white border packaging was the rare one back in the day.
T

Thanks, I appreciate it - I like the look of the white border as well.

Got a loose POTJ Porkins the other day. Love that figure. He's my kind of X-wing pilot... I wonder if he was on the Rebellion weight management program? ha ha Because the US Air Force would NOT let him stay in with a body type like that.
G

Recently got Luke with Bacta Tank, and Amanaman through eBay.
G

Forgot to mention I also got Bo Shek

Building up the cantina and Jabba's Palace, I assume? (Judging from some of your recent posts)
G

Received from a fellow scummer: 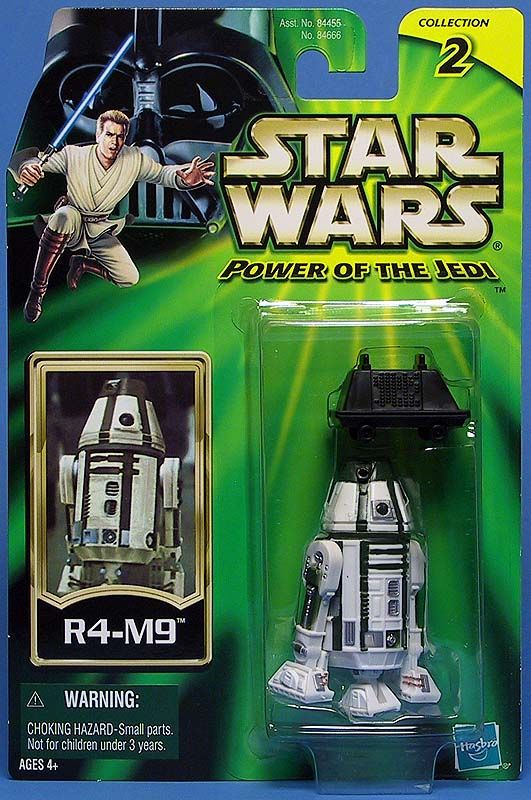 Got BoShek and FX-7 finally.

^^ FX-7 was always one of my favorites from the POTJ line.

PizzatheHut said:
^^ FX-7 was always one of my favorites from the POTJ line.
Click to expand...

Indeed, he's such a great figure.

I just got a rebel trooper for 5$. I'm Almost done with this line!

I picked up a second Boshek and the droid with the red DS holo. I'm not sure if I have that droid somwhere, but the price was cheap, so I decided to take it.

I was showing someone the other day the Dagobah Luke/Vader. He had never seen it. My fav figure from the POTJ Line. Never thought this figure would ever be made.

Just got the zam wessel preview figure. Its a great sculpt but it lacks on the articulation side.

Received Queen Amidala - Royal Decoy in from eBay today for $5 shipped. My collection of the Queen - a seldom populated group when I was younger - is now almost complete. RX-7 of Power of the Jedi 2001 line.
I went to Crowmag toys in Raleigh NC yesterday to plunder their loose $3 figures. I bought a dozen that I'm trying to ID since I can't go to the pool (there's thunderstorming outside) and I have ID'd one of the dozen...11 more to go... 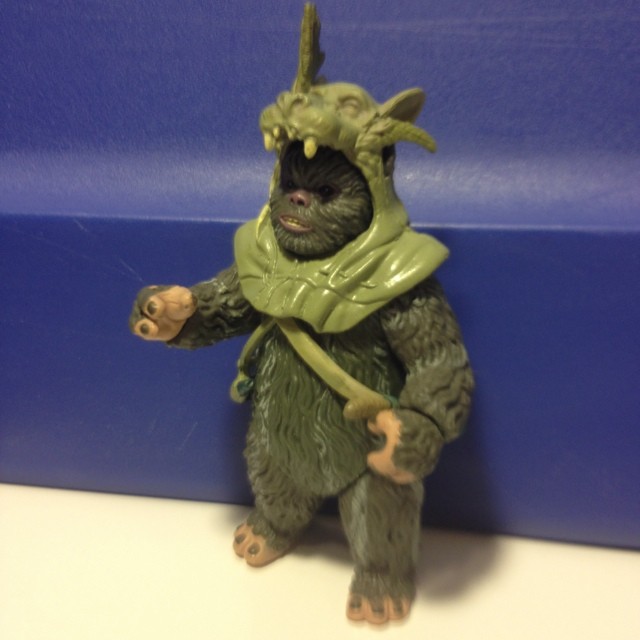 Star Wars 2001 Power Of The Jedi "Teebo" the Ewok by SacredKnightOfTomorrow, on Flickr
here's another that I got in this line.

I like the Ewoks in this line....but I just noticed yesterday, WHY doesn't he have a PEG-HOLE in his FOOT??? 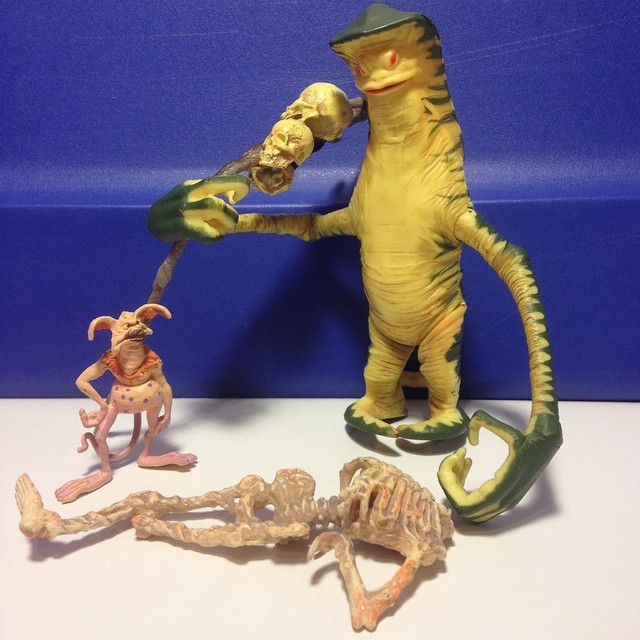 I can't believe this figures sold for $9.99 back then. That droid came with the Naboo Royal Starship lot I won at auction.

I found another astromech:Star Wars Power of the Jedi R2-Q5 I got a used loose POTJ Darth Vader - Masters of the Dark Side - recently and it just arrived. The seller promised the 'limbs were tight' but it seemed to be worded intentionally - the waist is a bit loose and the neck swivel is loose. The head feels like it wants to come off but is too tight to come off, but too lose to really stand at attention as Darth Vader. There's also something on his arm but I don't mind that. All that said, as far as Hasbro's contribution is concerned, a much better figure than I've been aware of. The head sculpt is beautiful and it has the best pose Hasbro's ever given Vader before he went SA. The cape's not perfect but it's not bad. Codpiece seems a little big though.

Guess I should've paid the extra for the TVC ANH Vader off the bat, or even the TAC one.
F

I picked up a loose Porkins figure for 50 cents, and I am surprised how much better the likeness is on this older figure, compared to the modern version from a few years ago, that only looks like Sansweet, lol.

I missed this line in my teenage years, but a local comic shop has almost the entire line plus saga and otc, 3 for $10. I picked up quite a few, they are great figures!

Picked up a loose Foode and beede from a vintage toy store that I went to today. I have been wanting to visit for a long time. Can cross that one off my list of needs

Picked up a POTJ TIE Bomber today. Even Hoth like conditions didn't prevent me from picking this up! I like to grab the latest versions of vehicles. However with the Saga version it was essentially the same, the only difference being is some blast marks which I didn't like. Hasbro released one in 2010 but it was a gray paint job. I went with the POTJ version, which is the dark blue and more accurate color.
M

He's a great sculpt that still holds up well! I've got him with my TVC and TBS Jabba's Palace figures and he looks right at home.

Looking back I can't recall why I never picked these up when they firs came out. As I look at them now I can see why I passed at the time but I'm happy I have them now.
Last edited: May 21, 2017

Just picked up a Jawa (no holes in feet) with Gong Droid.
T

Found a decently priced Tie Bomber and B-Wing, boxed. They'll be opened eventually, which is almost a shame, but it's really hard to find a complete one that doesn't have a ridiculous asking price.