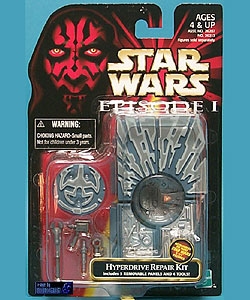 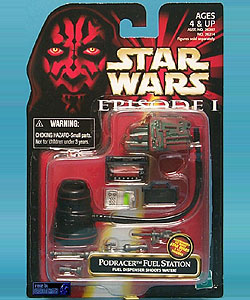 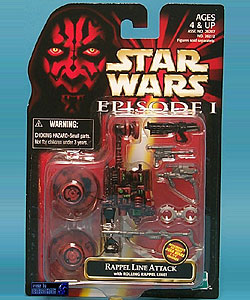 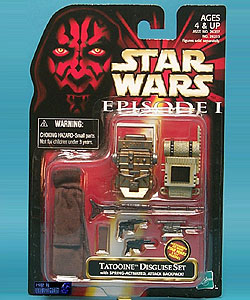 Cool! Never saw the one with the Hyperdrive repair kit.
M

Nice find! Just got a rust colored battle droid a little while ago.

The only Ep 1 figure I want is Obi-Wan, but the SL version...

Went into a comic shop today and discovered Nute Gunray and Rune Haako sitting on the pegs, picked them up, and love 'em!

I've got these available...18" X 48" and a heavy cardstock. They make for a great display backdrop:

Skytripa said:
Just purchased the yoda with episode 1 logo. I already had the one without the logo so this will look nice side by side
Click to expand...

How much did you have to pay for that? I remember when that was soo hard to find. One of the few carded figs in my collection.


I also have a bunch of loose and carded E1 figs available. Link in my signature.
Last edited: Nov 13, 2011

Someone just sold their Episode 1 collection to a local shop. I got to take a look before they went out on the floor. Picked up 9 figures I didn't have. Got all four battle droids (clean, dirty, shot, and slashed), as well as Chancellor V., Yoda, Jar Jar, Ki Adi Mundi, and a Gasango + Pit Droid.

Only need about 13 more to complete my collection.
T

What figures are you after gar0u? I am selling my whole E1 collection as part of a need the money drive for new DSLR... I have most figures on card, some rare like Sio, as well as those accessory sets. LMK what you are after. I am in the UK, but happy to post.

Hey there, how much would the following Tri Logo figs be sold for. The cards are in good shape but are starting to "dog ear"...very slightly.

I'm thinking $10 for shipping in a box so...what about $30 total - reasonable or ridiculous?

For 8 carded Episode 1 figures period, 30 would be reasonable. Yeah, 30 is nice. If you list them, make sure to say how much shipping would be.

Thanks, I was about to get rid of some regular US ones at a yard sale in the morning, so maybe I'll hold some back.
The Tri Logo ones I figured would be of interest as I bought them all when I lived in the UK.

Yard sales aren't a place to sell Star Wars toys unless they are undesirable crap you can't rid of on the forums. Usually people constantly low-ball you to the point of where you sell a 7 dollar figure for a buck.

Good luck on selling the Tri-logos. "You're gunna need it..."- Han Solo

^
Cody, your inbox is full.

I have a bunch of .0000 Darth Mauls, a Darth Sidious, a few other carded figs, and a Deluxe Maul I've been sitting on since I bought them new in '99. I've been thinking about just getting rid of them but I see that trying to sell them now is difficult at best. Does anyone think that when Episode I is re-released next month there might be a wave of renewed interest in the "original" figures?

Got Boss Nass at a comic shop.
G

Haven't got any recently, but I'm definitely looking at picking up the Fambaa in the near future.

Picked up Watto's box at a flee market last weekend.

^ Very nice, I still hope to come across that one someday.

I found a carded Holograph Sidious for 6 bucks at a comic shop, and opened him up. Gorgeous figure.

Received Boss Nass today in the mail, kind of short compared to the rest of the Gungans
S

I didn't buy them, bug I found Darth Maul, Darth Sidious, and Qui-Gon carded at a Goodwill store today

Picked up TC-14 at my favorite flea market in southern Indiana for $3.

Got Padmé final battle outift the other week. Mainly because I wanted an unopened figure in that packaging as Xmas 99 was NOTHING but that packaging.
J

Just got the naboo starship, TC-14 and the original R2-B1. Looking forward to customizing the starship to get it that nice chrome look.
O

Got Sio Bibble from another Scummer. This is one figure from EP1 that I wanted but never saw at retail.
I

Found a couple of really good Episode I auctions on eBay for filling in collection gaps. I already have these pieces but thought y'all might be interested:
Last edited by a moderator: Sep 3, 2012
C

I also bought a Sio Bibble figure along with Palpatine. Still have more figures to go to have my collection of Phantom Menace figures
B

My Dad won on eBay for me Jar JAr on Kaadu.
Boxed for a decent price.

Scored the Naboo Royal Starship for $83 shipped on ebay. Got it in the mail yesterday. I have to say this is an amazing piece! The play features are pretty impressive. The ship came unassembled in the parts' original bags but without the droid and the vulture fighter thing. I can't say I really needed them anyway, the starship itself was what I wanted.

Not an "acquisition" per se but my mother bought my 5 year old nephew an Obi Wan Naboo figure for Christmas. He was very excited! I thought it was cool that she bought a figure some 30+ years after she bought my first one for me!
G

Just won MIB Fambaa from eBay. Can't wait to get it. :

MOC Captain Tarpals, for around $5 shipped off Ebay. Don't know what happened to my original one. My favorite Gungan, and it doesn't look like he'll get a resculpt before the end of civilization. Still, it's a very well-done figure for its time.
You must log in or register to reply here.
Share:
Facebook Twitter Pinterest Email Link
Top