I haven't preordered any Joes yet other than the exclusive Snake Eyes, but I'm considering doing it for Scarlet and Duke. Back when they were announced at TF i told myself I'll just grab them when I see them, but I'm not so sure I'll see scarlet anywhere.

Honestly, the deal breaker for me on Gold WW is her headgear. I don't know why, but that's where my eyes go and something about it seems strange to me.
Q

Coloring said:
I haven't preordered any Joes yet other than the exclusive Snake Eyes, but I'm considering doing it for Scarlet and Duke. Back when they were announced at TF i told myself I'll just grab them when I see them, but I'm not so sure I'll see scarlet anywhere.

Honestly, the deal breaker for me on Gold WW is her headgear. I don't know why, but that's where my eyes go and something about it seems strange to me.
Click to expand...

I preordered Destro since he may be harder to I may do the same for the rest.

I put the WW figures with the others and they tower over them. Kind of bummed out with the scale and the lack of accessories. Yeah the strange thing about the gold WW is why she’s wearing a Hawk World looking armor?
C

If I get Destro, then that means I have I'm full in on the line getting good guys and bad guys and I haven't decided if I want to do that yet. I definitely believe he'll be hard to find.

I saw one comparison pic of her between superman and Batman, she was taller, but I didn't think it looked too bad. Maybe Arkham Batman will come out taller.

The scale change is why I've decide to end my DC buying, I've pretty much completed the JL I want with various releases. Just acquired CW's Flash figure for that role, done't like Ezra's Iron Man version. Since I couldn't get Keaton version I settled on Kilmer for Batman. For Supes, Shazam and WW, I have their Movie versions. Green Lantern is obviously a comic version because I don't like the movie look. Still trying to decide between comic and movie versions for Aquman, i lean more towards comic because Momoa's version just look too out of place to me. Lastly I'm undecided on Cyborg as I never much cared for the character, same with Green Arrow.
C

I'm a bigger marvel fan than DC and the DC characters I like aren't the most popular ones, so it's been a mish mash across lines. The McFarlane sculpts and articulation are probably my favorite out of all the DC lines that have come out in the last 10 years. Hopefully it branches out beyond just a "Batman and others" line.
Q

I got my first Marvel Legends figure from Target, Red Hulk. Awesome looking figure. I shouldn’t get any from this line but this one I couldn’t resist.

Picked up the Star-Lord helmet from Gamestop yesterday. It was on sale for $50.

I picked up the Marvel Legends Age of Apocalypse wave over the weekend.

Picked up the SDCC Green Lantern vs Predator at walmart.... SCOOORRE!!! 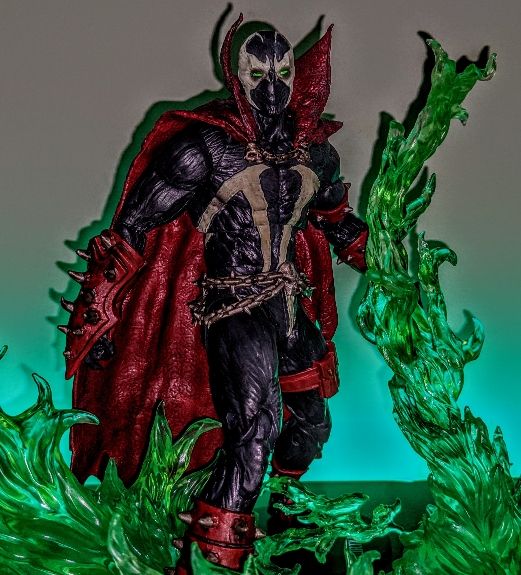 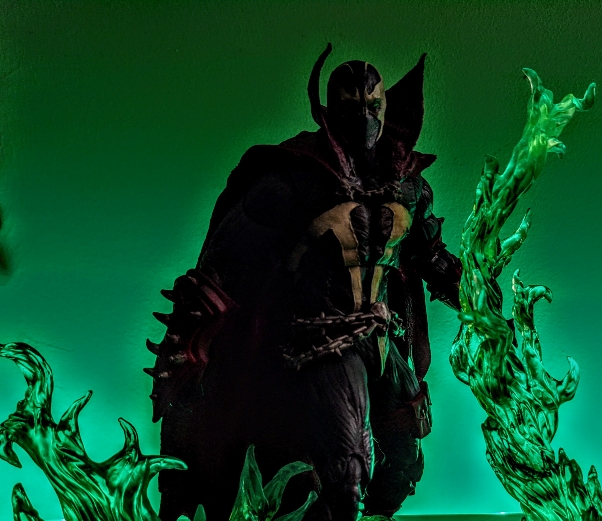 GeekSummit said:
Picked up the SDCC Green Lantern vs Predator at walmart.... SCOOORRE!!!
Click to expand...

Edit: wow, I had no idea these were showing up at wal mart stores. If anyone happens to run across an extra of the green lantern/predator or the batman/alien ones I will gladly take them off your hands. I missed out when neca solicited them back for the con.
Last edited: Jun 8, 2020

Where is the green flame effect from?
C

This looks awesome! Still waiting for mine from bbts. I've been on a bit of a spawn kick lately looking at some of the figures/lines I passed on over the years. I definitely regret letting a few things slip by me.

I DID pick up Red Guardian from target tonight, though. This was one that I didn't think much of until he started showing up in more Black Widow trailers. I have a feeling I'll like him in the movie, so I was keeping an eye out for this one in store.

trappedtexan said:
Where is the green flame effect from?
Click to expand...

My grey Beast arrived from Pulse.

Same here. I really like this retro X-men wave.

My Gamerverse Abomination wave (minus a delayed Leader) arrived from Walmart.com today - In five separate boxes. I'll have to exchange Mar-Vell for one with better star paint apps.
S

Picked up the Iron Man 2020 at Walgreens the other day. Really wanted it for the blast effects primarily.
S

The Target exclusive Black Widow: Deadly Origin figure, the one in white (comic version), was marked down to $14. It's a solid figure, but the accessories are what really sold it for me. I wanted the smoking gun effect pieces primarily. The tag on the peg indicated the "Black Widow" figures were 30% off. I take it to mean the entire BW movie wave in addition to the exclusive. However, the deluxe movie Black Widow with explosion effects and stand scanned at full price, $30. There was a similar tag for "Spiderman" figures being 30% off, but I wasn't sure what that meant specifically off the top of my head. I should have taken a picture, but I was in a rush.

This seems to be in store and not online.
C

A friend of mine said Invisible Woman and Shuri were each $13 in store today.

I'd love to see Jada toys do a 1/32 TMNT Party Wagon from the classic cartoon series.

Echo_Six said:
My Gamerverse Abomination wave (minus a delayed Leader) arrived from Walmart.com today - In five separate boxes. I'll have to exchange Mar-Vell for one with better star paint apps.
Click to expand...

I've seen two in the wild plus the one I ordered online, and all have very thin (see-through) yellow paint on the chest star unfortunately.

TVC15 said:
I've seen two in the wild plus the one I ordered online, and all have very thin (see-through) yellow paint on the chest star unfortunately.
Click to expand...

Yep; turned out the one I received was nicer than any of the ones I saw at retail.
S

I'd love to see Jada toys do a 1/32 TMNT Party Wagon from the classic cartoon series.
Click to expand...

I saw a wave of the Batmobiles at Target the other day. They were in their own cardboard display thing on the shelf. They had '66 version, Keaton version, animated version, and Justice League version. I was really tempted, but I already have most of them in their 1:24 scale series. I really didn't need the smaller scale. They're cool if you are low on shelf space.

I picked up the ML Deadpool wave today at Walmart.
S

Today I saw Walmart put out a bunch of the Wasp figures for $5 in the clearance aisle. If it was a character with some decent accessories, I would have bought 1 or 2. I know someone used her head for a custom, because there's this one that's been sitting there for months with the head swapped out with some alien head or something.

Got Jean Grey (Age of Apocalypse) in from Hasbro Pulse today. Never seen her in-person at a store.

So I was on the fence if I should continue with McFarlane Dc figures. But changed my mind after seeing all the awesome new figures that are coming. Picked up Batman who laugh, blue animated Batman, and Batgirl at Target. Also at GameStop got Azrael and White Knight Batman.
C

Found Gwen Stacey at target today. Cancelled my preorder and bought her on the spot. I'm an opener, but her card was wavy. It was a little weird.

Found the Walgreens Ironman 2020 and Moon Knight. Had to drive out to the far suburbs to locate them. Now I can cancel my Moon Knight preorder online. Save some money, too.

I got the Walgreens exclusive ML Moon Knight from a friend, and picked up the ML AOA Apocalypse at Target.

Delivery today for Dark Beast from Hasbro Pulse. One of my favorite figures, for sure.

For some reason I can't wait to score that new Spidey. It's basically the same as the pizza version (albeit those new mid-torso and shin joints) but I'm still weirdly stoked for it.

Thankfully my local small toy store is getting them in soon and saving me one. I missed the preorders and Target seems to be splitting cases at the DC and sending like 2-3 figures to each store
C