Hey there, Rebelscum fans! We’re here with an exciting insight into an upcoming Clone Wars project that you might want to pick up.

It’s been nearly a year since the beloved animated series Star Wars: The Clone Wars finally wrapped up with its seventh and final season on Disney+, the series continues to spark attention and acclaim from longtime Star Wars fans. Thanks to Disney+’s helpful collection of the entire series, new viewers who may have skipped out on the series are getting the chance to check out the extraordinary world that Dave Filoni built. It is essentially required viewing for any Star Wars fan, especially if they want to appreciate the crossover elements in Rebels, The Mandalorian, The Book of Boba Fett, and the upcoming Ashoka series currently in production.

The Clone Wars nearly didn’t have the conclusion it deserved; after airing on Cartoon Network since its debut in 2008, the show was abruptly canceled in 2013 and brought to an early ending with the end of its fifth season, which saw Anakin Skywalker’s padawan Ashoka Tano choosing to leave the Jedi Order after being framed for a conspiracy. Many episodes, storylines, and plans were left only partially wrapped up or in early production or writing stages. 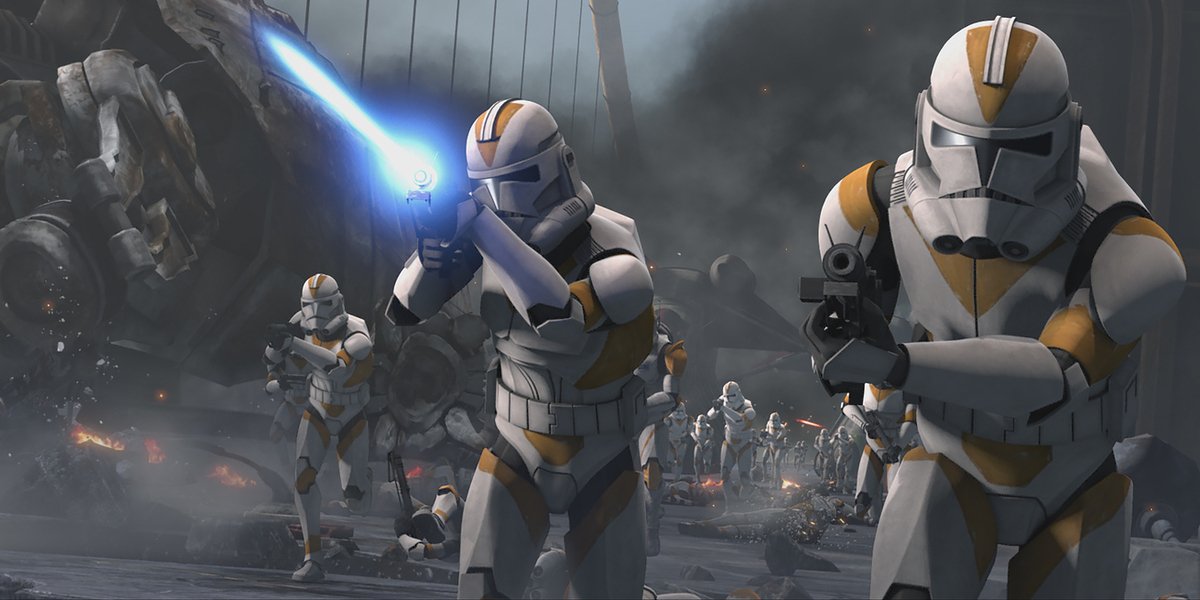 A few completed storylines were released on Netflix the following year as “The Lost Missions,” which serve as the show’s sixth season, but fans were left robbed of a proper ending. Filoni and crew eventually returned in top form to deliver the excellent finale last year, which ended with the riveting “Siege of Mandalore” storyline that properly tied The Clone Wars in with the events of Star Wars: Episode III- Revenge of the Sith.


For those looking back at their favorite episodes or binging for the first time, Lucasfilm and Disney are releasing an exciting new guide to the entire series that any The Clone Wars follower will want. The deluxe collector’s edition book contains an in-depth guide to every episode of the series, as well as the 2008 theatrical feature film. This includes not only plot details, but behind-the-scenes insights from the cast and crew about how each storyline was conceived and brought to life. 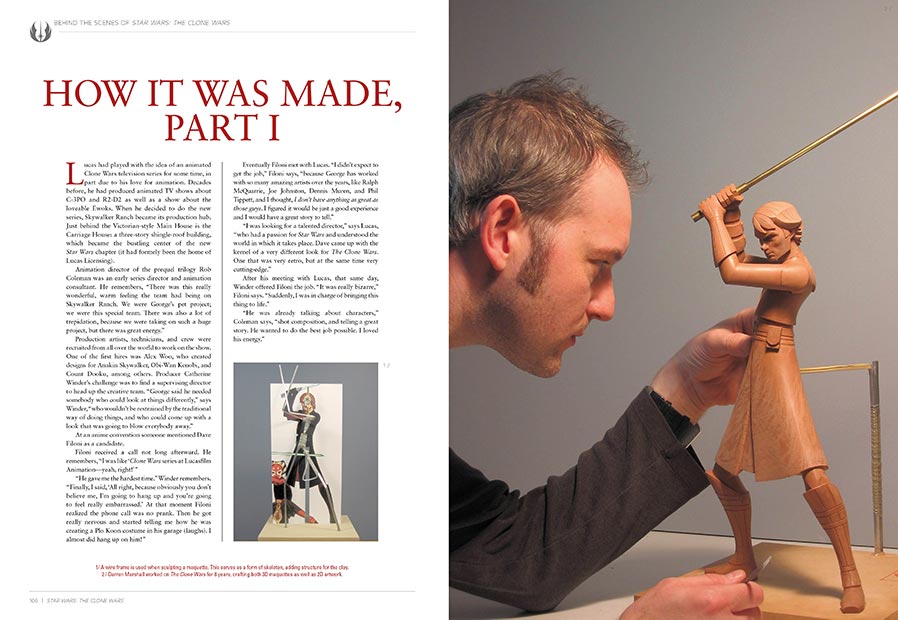 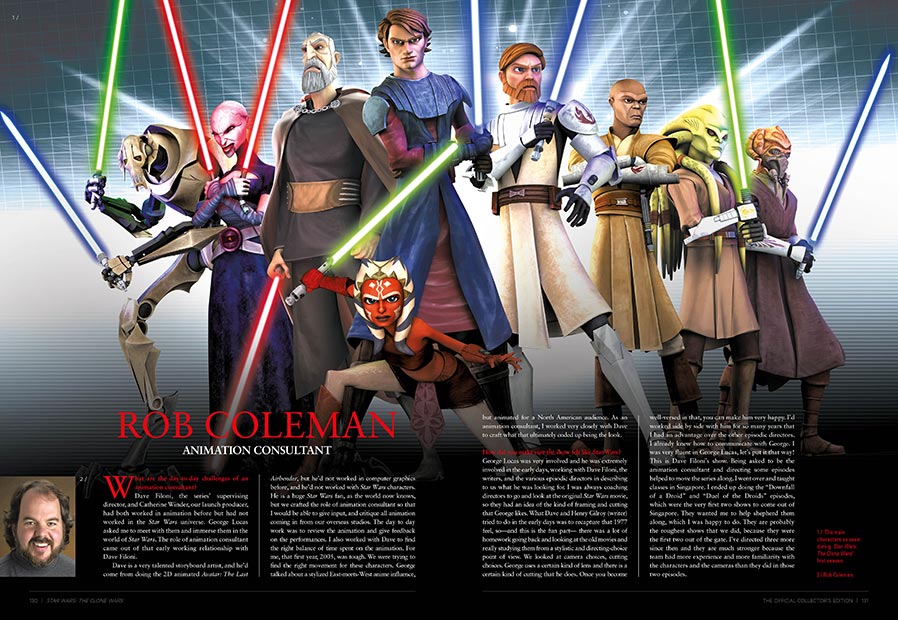 A great treat for fans is the original artwork that showrunner Dave Filoni and his team designed for the series, including conceptual drawings and early animation tests. New interviews with Filoni show how the series was conceived from the very beginning, and how even the earliest episodes were already planning the epic conclusion. The helpful spreads and organized design of the collector’s edition make it easy to pick up and approach; you have the option of either reading the entire book cover-to-cover, or skimming through to look at your favorite episodes or moments. It's a helpful thing to have on your shelf if you’re in the middle of a rewatch. 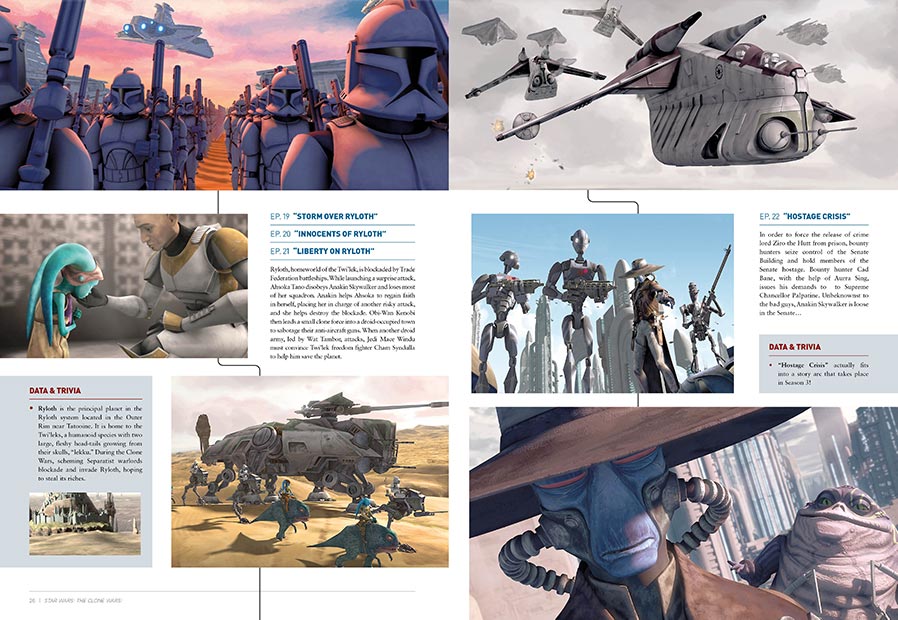 The collector’s edition is also particularly helpful in figuring out the somewhat confusing timeline. The events of The Clone Wars, particularly the first two and a half seasons, are not told chronologically. Some events and storylines aired later actually take place earlier within the story; for example, the episodes “The Hidden Enemy” and “Supply Lines” take place before the 2008 film, and the exciting season one finale that introduced Cad Bane actually follows Boba Fett’s first appearance during the final arc in season two. If you’re looking to understand a more minute-by-minute timeline, the collector’s guide has you covered. 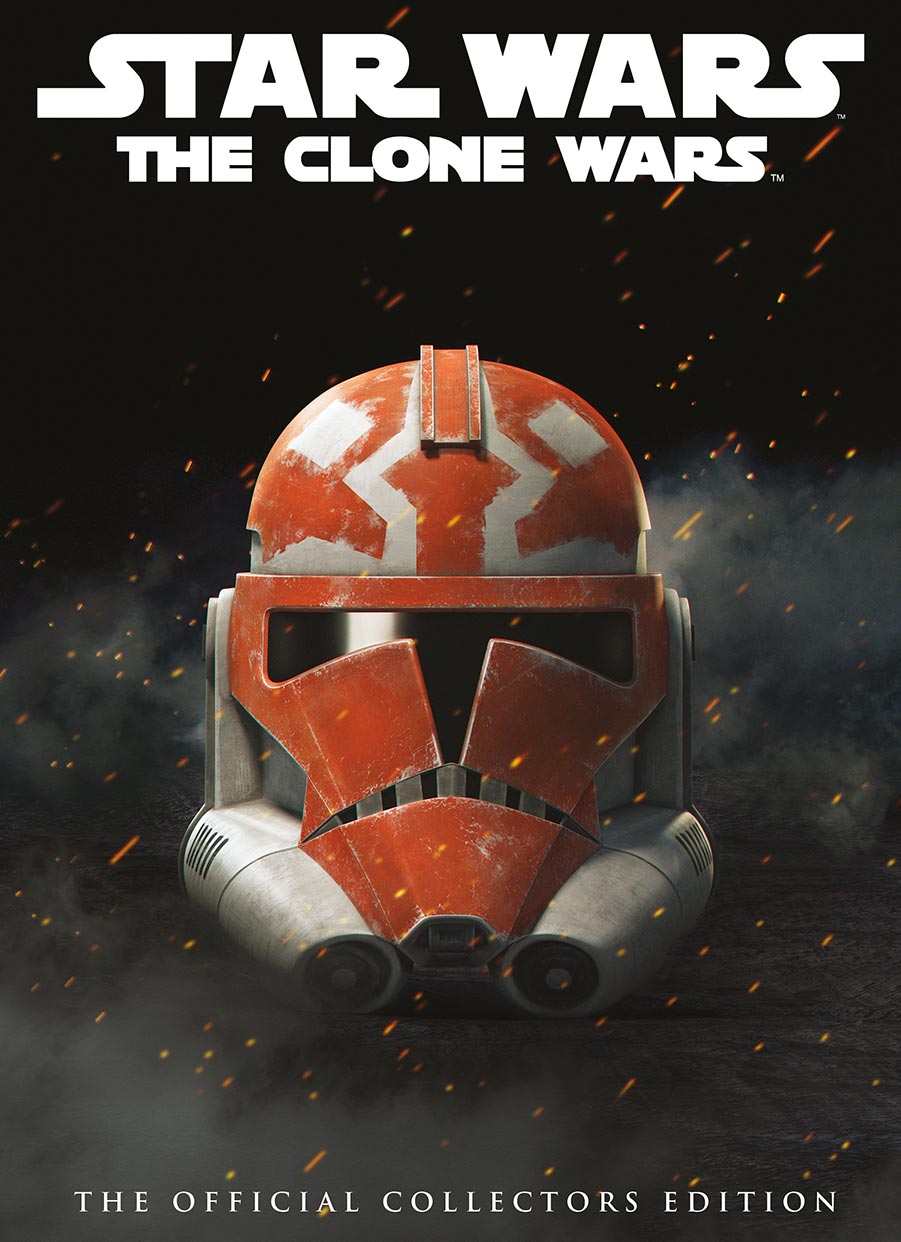 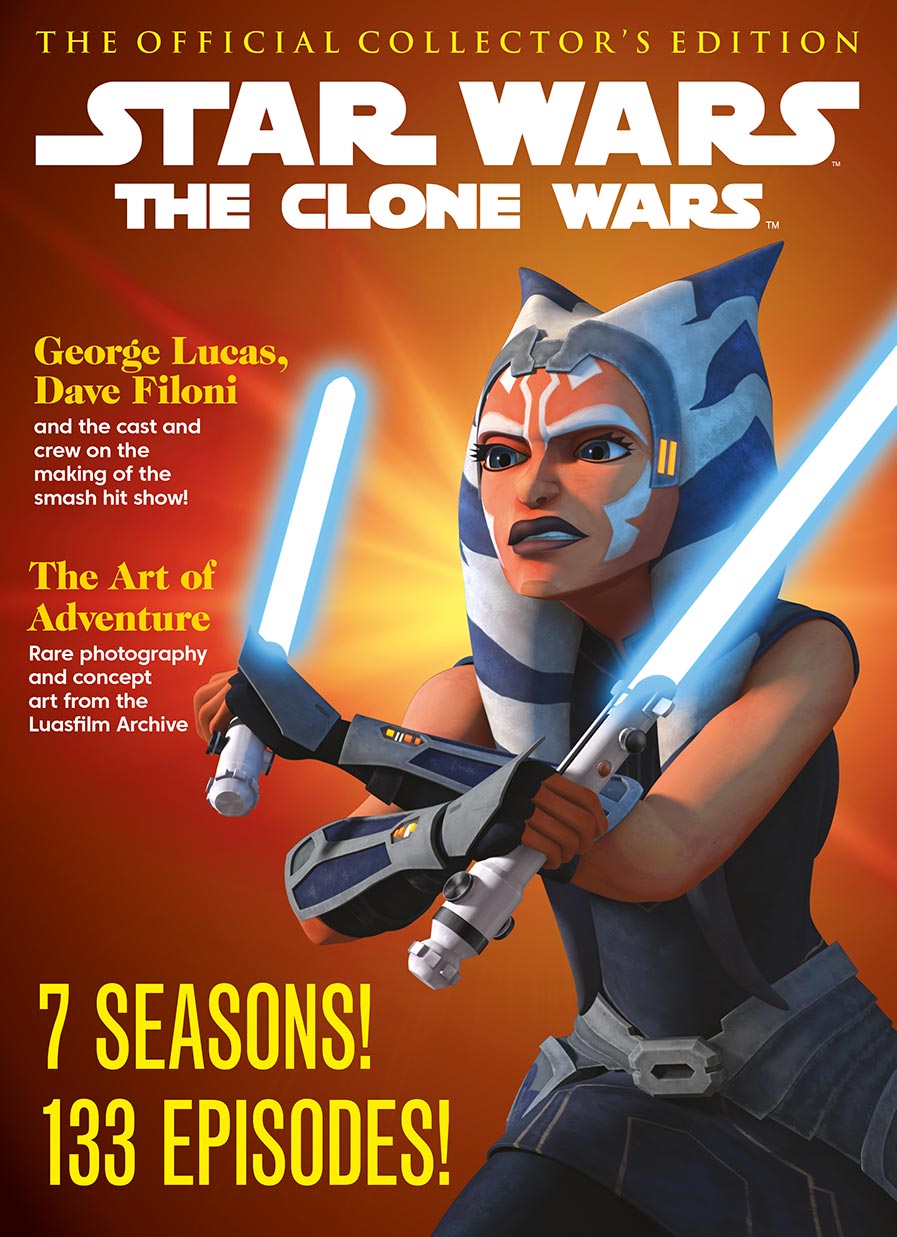 The Clone Wars buzz continues to grow as the spinoff series The Bad Batch prepares to launch its second season at some point this year. Star Wars: The Clone Wars - The Official Collector's Edition is already available to pre-order at bookstores and comic shops. It is available in a variety of covers depending on where you purchase it. Digital editions are also available through distributors like Forbidden Planet, Amazon and Barnes & Noble. If you want to wait and pick up a physical copy and flip through the pages for yourself, you can pre-order it now on Amazon for $22.49. It will also hit bookstands and retailers on March 29th.

What do you fans think? Have you watched all 7 seasons of The Clone Wars? Does this new guidebook look like a good companion to the series? Let us know in the comments, and as always, may the Force be with you!
You must log in or register to reply here.

Expand Your Mind - The Bad Batch