Captain Antilles? It finally happened! I hope it's easy to get.

This is definitely the winner today IMO

Multiples of this pack will be required.

Just noticed he seems to be a repainted RFT but I ain't complaining.
Last edited: Oct 22, 2021
S

That rebel trooper set is fantastic. I can’t wait for it to sell out straight away and miss out.

stowy said:
That rebel trooper set is fantastic. I can’t wait for it to sell out straight away and miss out.
Click to expand... 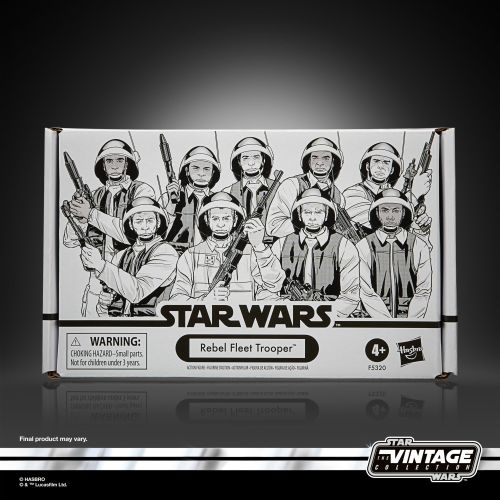 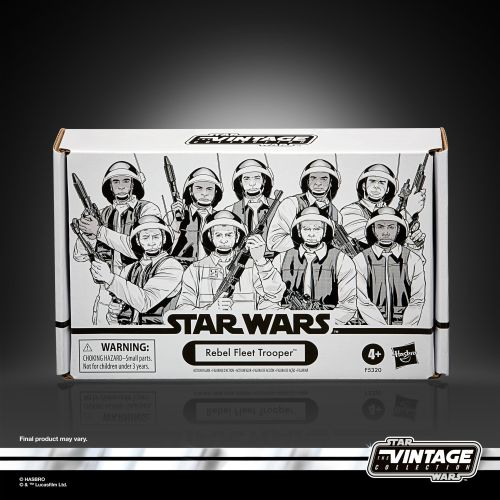 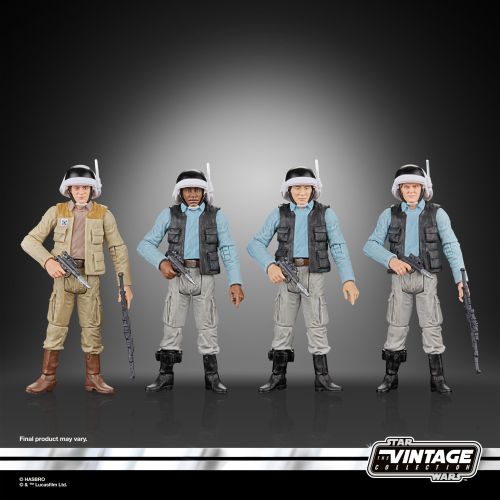 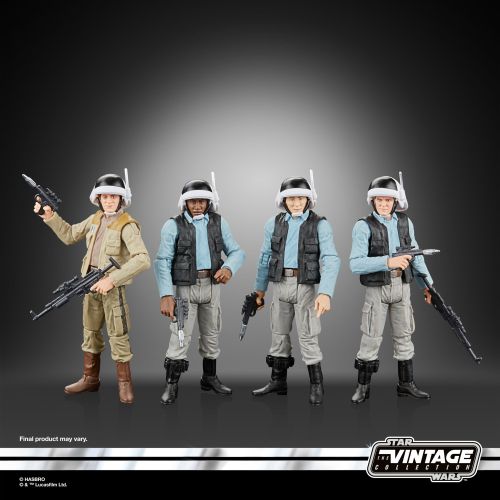 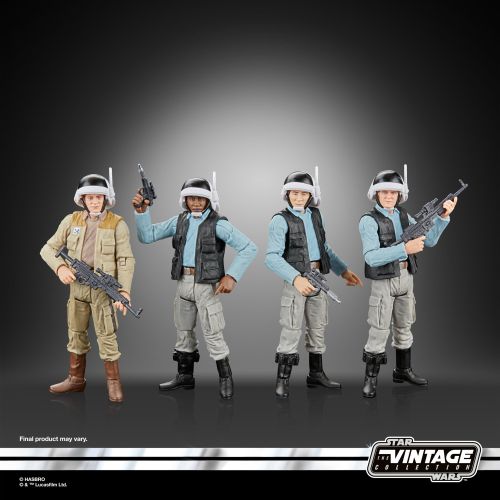 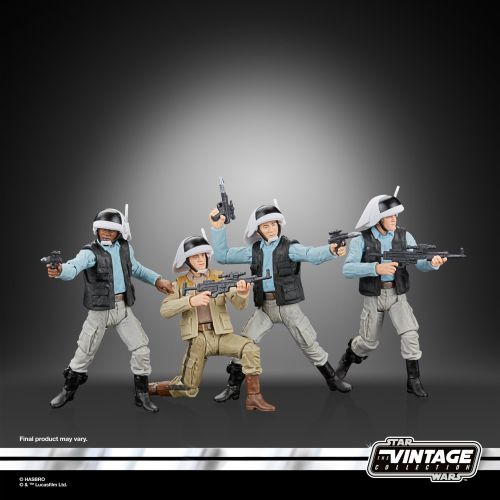 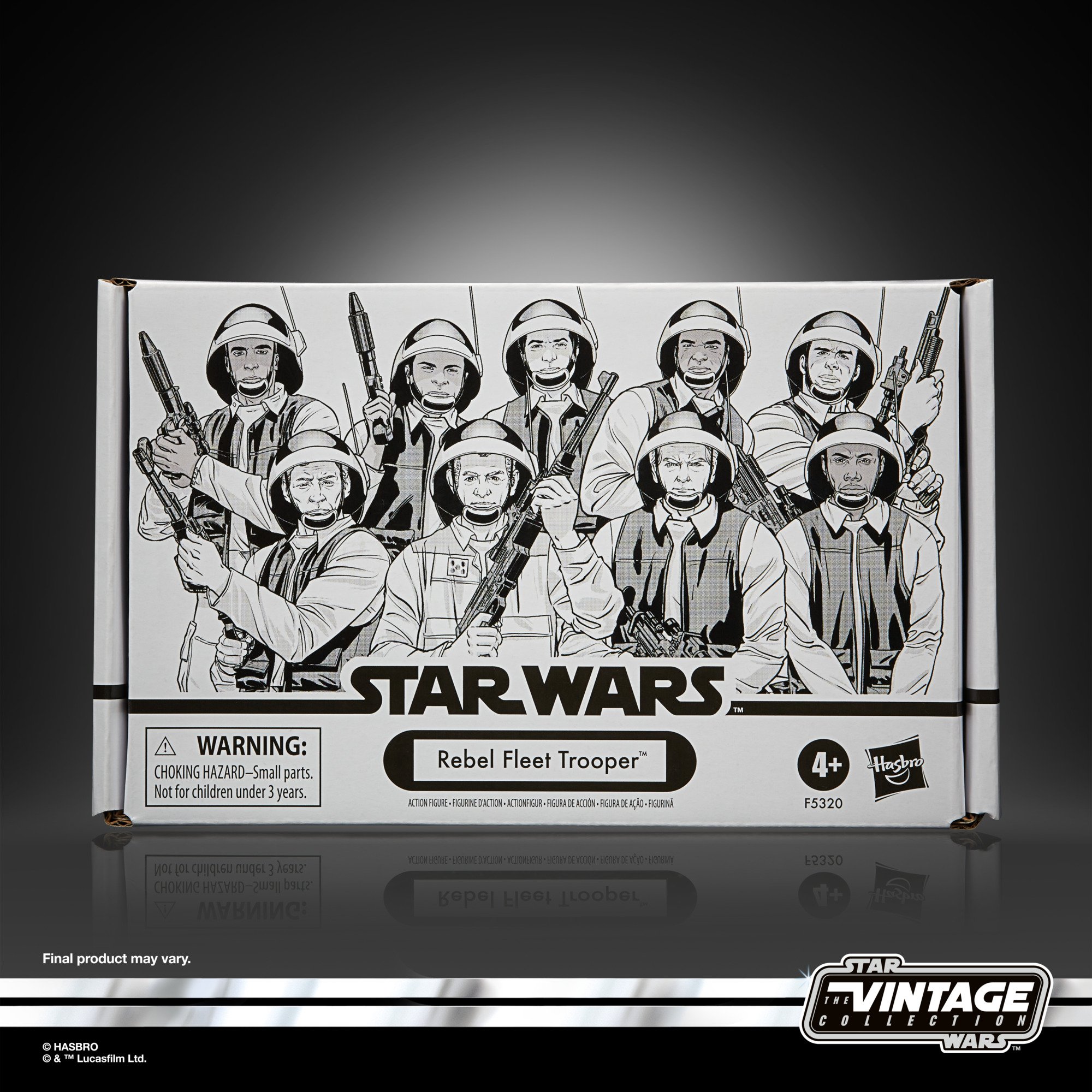 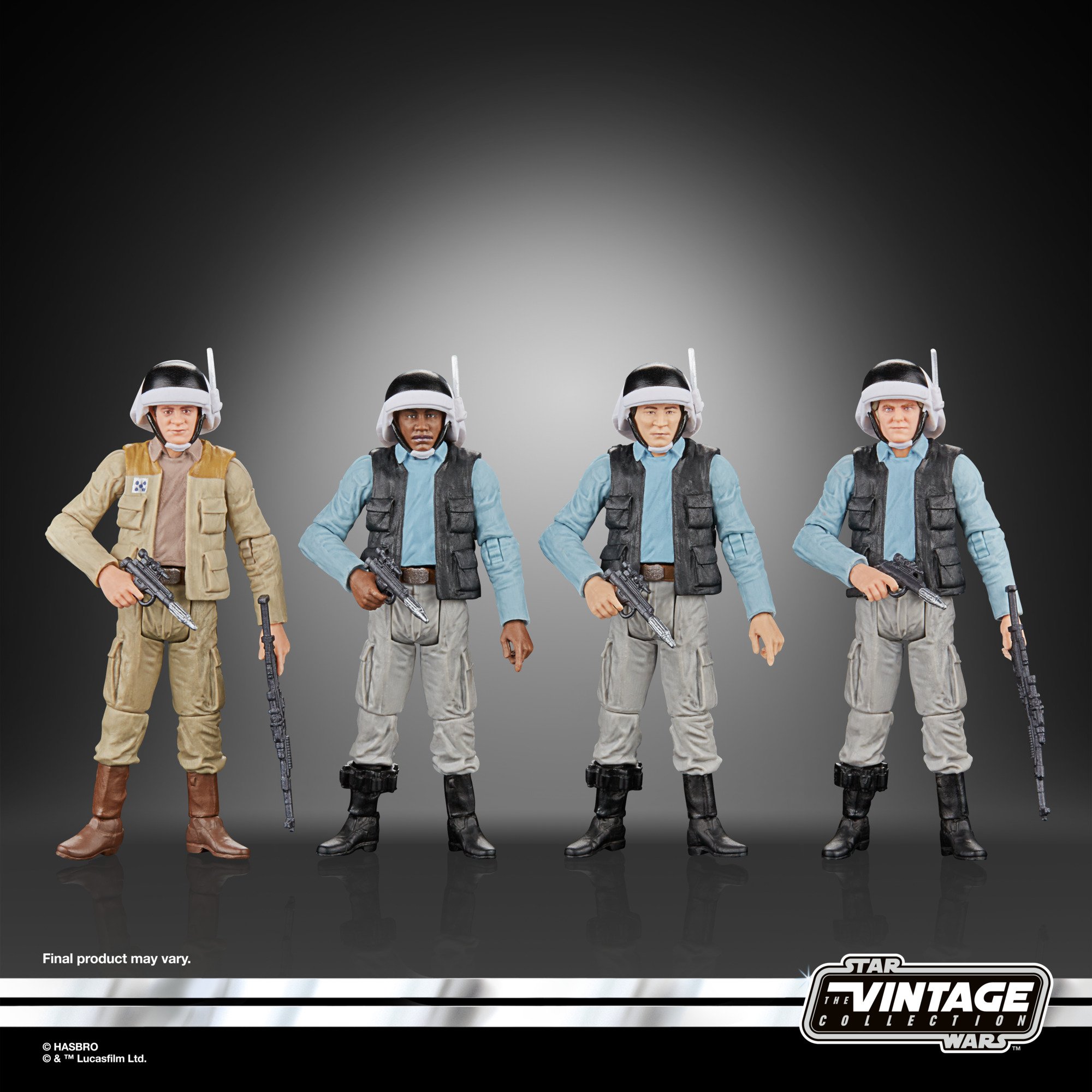 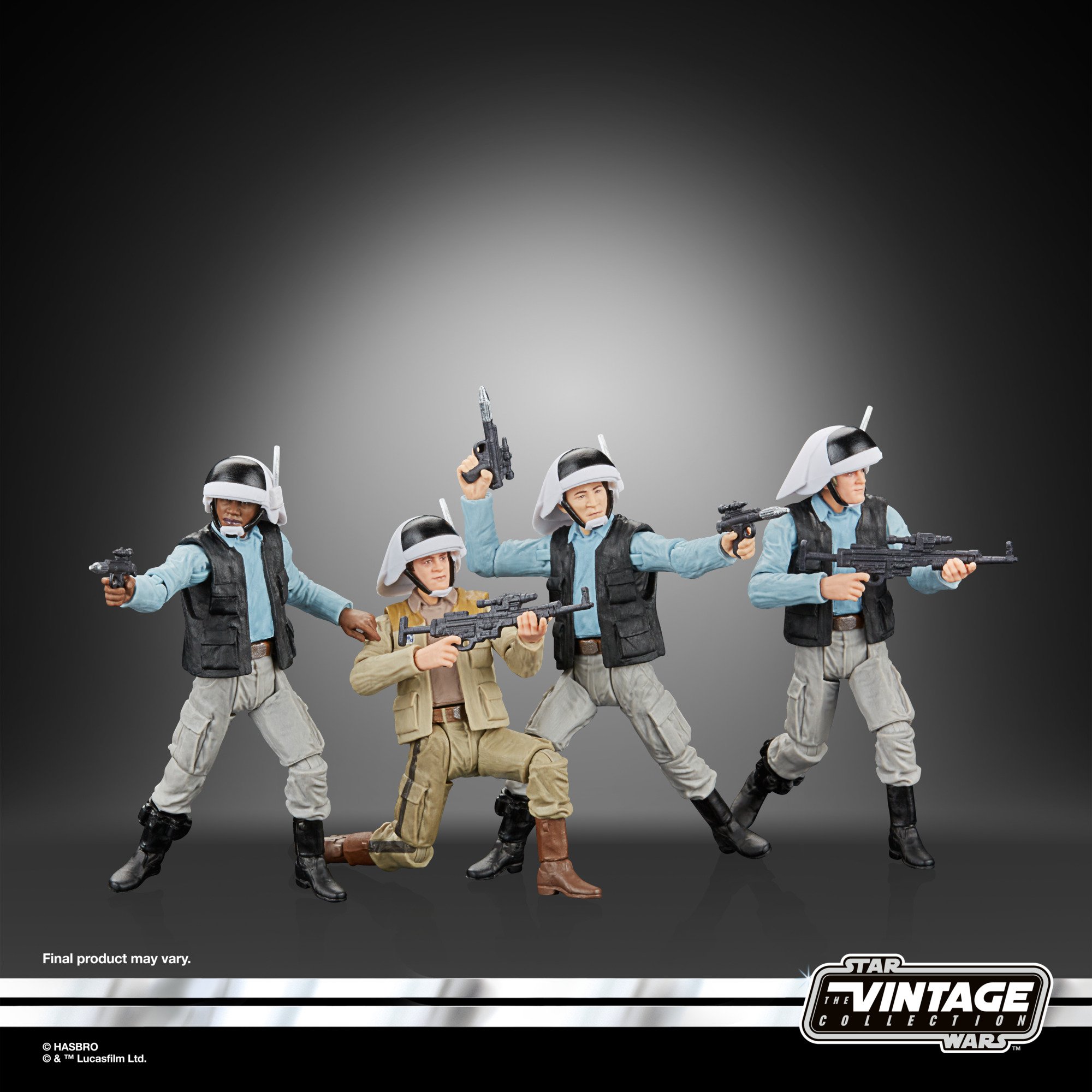 Estimated ship date subject to change, items may ship earlier or later than anticipated without notice Payment will be collected once item is ready to ship Rebel troopers were the Alliance's front-line soldiers in the war against the Empire. They defended the Alliance's leaders on countless... LordZeppelin said:
It's not a one and done set, is it?
Click to expand...

I assumed it would be similar to the stormtrooper pack.

I wonder if Captain Antilles will come with a helmet.

Darth_V4der said:
I wonder if Captain Antilles will come with a helmet.
Click to expand...

He is not Antilles. They said He is Scrambled eggs or something like that.

AaylaSecurasMan said:
He is not Antilles. He is Scrambled eggs or something like that.
Click to expand...

Didn't they identify him as Antilles on the live stream?
S

Darth_V4der said:
I wonder if Captain Antilles will come with a helmet.
Click to expand...

He does in one of the pics of all four.

That RFT 4-pk is the best thing for TVC I've seen today! I honestly never thought they'd invest in new head tooling and for Antilles jacket in this format so soon, but they definitely nailed what I wanted to see happen! I hold out hope of seeing the same thing done for future sets namely BSG's, but the list is limitless.

Nice to see Ahsoka get a reissues with so many requesting it, I'd say the Obi-Wan and Mace aren't as need and would have preferred TLC old Ben with photo real. As that would have also filled a 96er spot.

I have no interest in another Din just to get some spiders, and the Cantina is as expected a pass.

Darth_V4der said:
Didn't they identify him as Antilles on the live stream?
Click to expand...

Ok maybe I am confused

Not over or under, just whelmed. I like the 4 pack of fleet troopers, like the spiders... wait and see on some of the rest. 6" still just angers me

Are these going live the same time as the PulseCon exclusives? Or at some indeterminate time in the future?

Happy about the set, not happy about how inaccurate Antilles is.

ClanVizsla said:
Are these going live the same time as the PulseCon exclusives? Or at some indeterminate time in the future?
Click to expand...

Good question. I’m not seeing it.
B

They should limit it like the Stormtrooper pack, in which case it should not sellout immediately.

Yes, they go live today with everything else at Pulse and Shop Disney.

This answers a burning question from the last live stream with a positive response. Would Hasbro tool up new heads for the first non-helmeted troop builder pack? Apparently yes!
S

Another one you can't buy in Europe ..

the packaging could be better for these, add some color. I give the set a thumbs up but the packaging, seeing this is TVC gets a thumbs down from me.

This set is all sorts of awesome.

I see the appeal in this set but it's just not for me.

heck, I need a couple just for Antilles body so I can update both him and Dodonna!
B

It is indeed up now on Pulse.

Love the additions of the new heads, and having Antilles is a pleasant surprise. I'm definitely in for a few of these.

Ordered two, but I'll definitely try to get more Antilles figs. Never thought I'd say this, but this'll give me too many RFTs... Will probably hang on to a few of the Tunghori specials for fodder.

I've been asking for this exact type of set since the original RFT came in 2011; when they did the stormtrooper set I had such a good feeling this was next. So glad Antilles is coming.
B

There's no limit on these like the Stormtroopers that I can see. Interesting.
N

they probably realized demand for these would be much lower than the stormtroopers. i ordered two just in case they sell out, but honestly i probably only need one after getting a bunch of the earlier figure plus the swivel guys from the tantive set that i actually bought at a brick and mortar toys r us.

I bought this and the throne room, was tempted to get a second one along with TVC Ahsoka but wasn't sure they'd allow it. Plus, there's just something about ordering stuff a year out that bugs me.

I wanted to order this pack on ShopDisney, but they're simply not up yet. I'm trying to be patient...I have $75 in gift cards to use for it!

Have to give Hasbro credit here, good surprise, and nice repaint with Antilles - didn't even realize it was an RFT body at first. I'm glad I didn't buy extra RFTs to customize in previous years, as I figured they would sculpt new heads eventually, even though two are non-canon characters. I don't mind the diversity inclusions as they referred to them - shame they didn't include a female while they were at it. Speaking of which, its now high time that they do a new Leia from ANH to go with this set!

Wow another figure I can scratch off on my wishlist. I’ve been waiting for Antilles for a long time. Great surprise.
B

A willingness to sculpt multiple new heads really opens this sub-line up for additional Rebel sets. I almost feel like an Endor Trooper set with "Rex" is an inevitability.

Wish I could buy it.

Also, I have to laugh a bit at the title. Battalion? Shouldn’t it be more like Rebel Fleet Squad or a four-man Fire Team? I hope they’re not expecting me to buy a thousand of these. Nice try Hasbro.
You must log in or register to reply here.