DarkKnight07 said:
My God. Hasbro just clearly has not the slightest ****ing clue about anything. They hype this livestream all week and then they put the big reveals on their site while the livestream is building up to them?? How?!? Just…how?!?

And on top of that the last two tiers are wait for it…the jedi Luke we all assumed was coming and…****ing salacious crumb?!?!? That scene with salacious crumb and the rancor was my favorite. Oh right. THEY WERE NEVER ON SCREEN TOGETHER!!!!

With these reveals it’s never going to sell enough to reach these unlocks. They could not possibly have thought we’d be excited about salacious crumb. Just no way.

I didn’t think there was a chance that they wouldn’t be announcing at least a malakili. Apparently the marvel legends team cares way more about their fans and knows what will move units.

My mouth was literally just hanging open after I saw those two reveals as in, I just cannot possibly believe that that’s what they thought was going to get us all excited after a week of build up hype. This has to be the dumbest team on the planet.
Click to expand...

I mean, I like to think that the people behind the scenes know something that us fans do not; that said....HOW on earth does a character sooooooo synonymous with the Rancor NOT get included as a surprise tier????? The Keeper I'm referring to! I mean, is it not a no-brainer?
Crumb instead?

Again, I am NOT a picky fan who rips apart everything, I know how to just enjoy the hobby....BUT, HOW was the Rancor Keeper character overlooked with this release?

Oh well, maybe Habsro will get it when this project doesn't do as well as expected.
S

EmperorPalps said:
Don't normally venture into this part of the forums, but had to come and give my sympathies to those who were hoping for Oola and/or Malakili. Luke I kinda get, I guess, but Crumb is absolutely confounding. Would love to know Hasbro's logic behind that choice (if there was any).

Still hope this campaign makes it for those who were excited for the Rancor, but I think Hasbro just hamstrung its chances of succeeding.
Click to expand...

I wish I saw this post before I wrote what I just wrote above this....I would've quoted it as part of my reply.

But yeah, you sum it up nicely too.

DarthMickeyMoose said:
They will need to extend the time line for this offering . Most people now will not buy this unless they get all of 4 tiers even though they are what they are. Present company included.
Click to expand...

I don't believe extending will help. Unlocks are revealed and it's gone backwards. I would bet a large portion of the 5,000 are scalpers and etailers. With such a large goal for all the unlocks, people that really want this of the 5000, may back out in the end even if it gets 9,000 because of it not coming with all the bonuses.
Last edited: Nov 19, 2021

I was really on the fence on this one. I dont collect BS, moneys tight right before Thanksgiving, Christmas, and I was going to go ahead and piss off the wife for it. But it had to be worth it and it just wasnt. Rancor, Gam, Malakili, Luke/Giran, Cardboard backdrop/bones. Cool. But at 19,000. It'll never even get to the Luke that mightve made worthwhile.

I was ready to put down money with a reveal of the keeper, but this....this is....

I'll wait for it to appear on their Ebay site next year.
L

That saves me $350. I'm happy about that, but, at the same time, I'm sad to see first BS hasbrolab project to be so underwhelming.

How big is the Rancor?

Hasbro: We'll be including Malikili and Oola as stretch goals for the Rancor.
Disney: No scantily-clad figures.
Hasbro: Okay, only Malikili.
Disney: You can't include the rancor keeper, he's topless!

So it's perfectly fine to have Oola streaming on Disney+, but they can't make a figure of her? Even for an online-exclusive item? What a joke.

5,064
It just keeps dropping. It's not like I've tracked dozens of these, but I've followed a few crowd funded projects before and researched the history of several. I've NEVER seen anything like this. I've never seen a project bungled this badly where the tiers that are suppose to excite your audience and bring in new buyers have actually done the exact opposite.

I'm sorry for anyone who was genuinely excited about this. You don't deserve this.

Somebody needs to photoshop a sad looking capture of Eric's face on this screenhot of crying Malakili.

I feel sorry for Eric, but not enough to forgo the lols.

Well I'm out. I don't need that Luke either.

My custom kills the need for that. 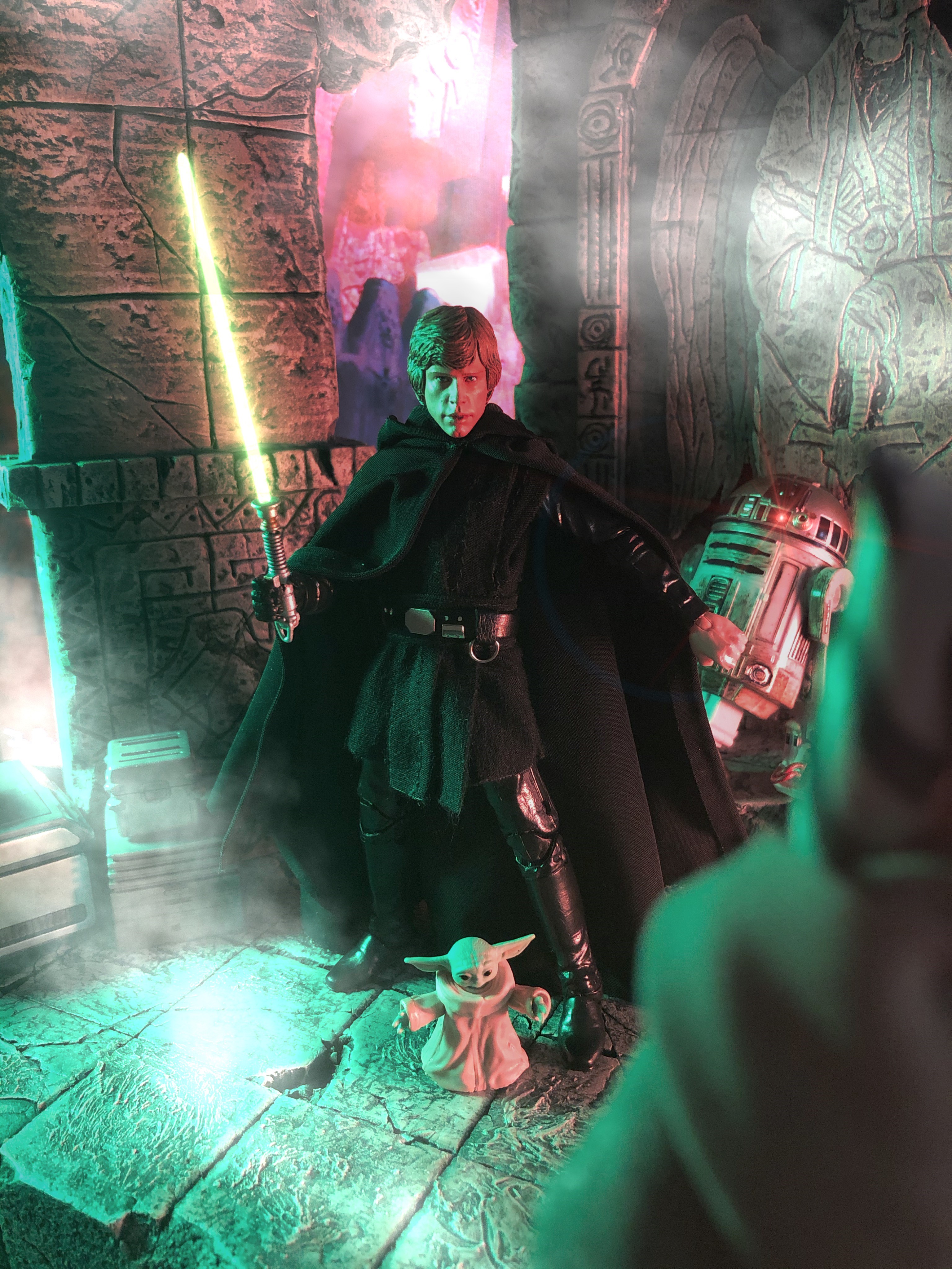 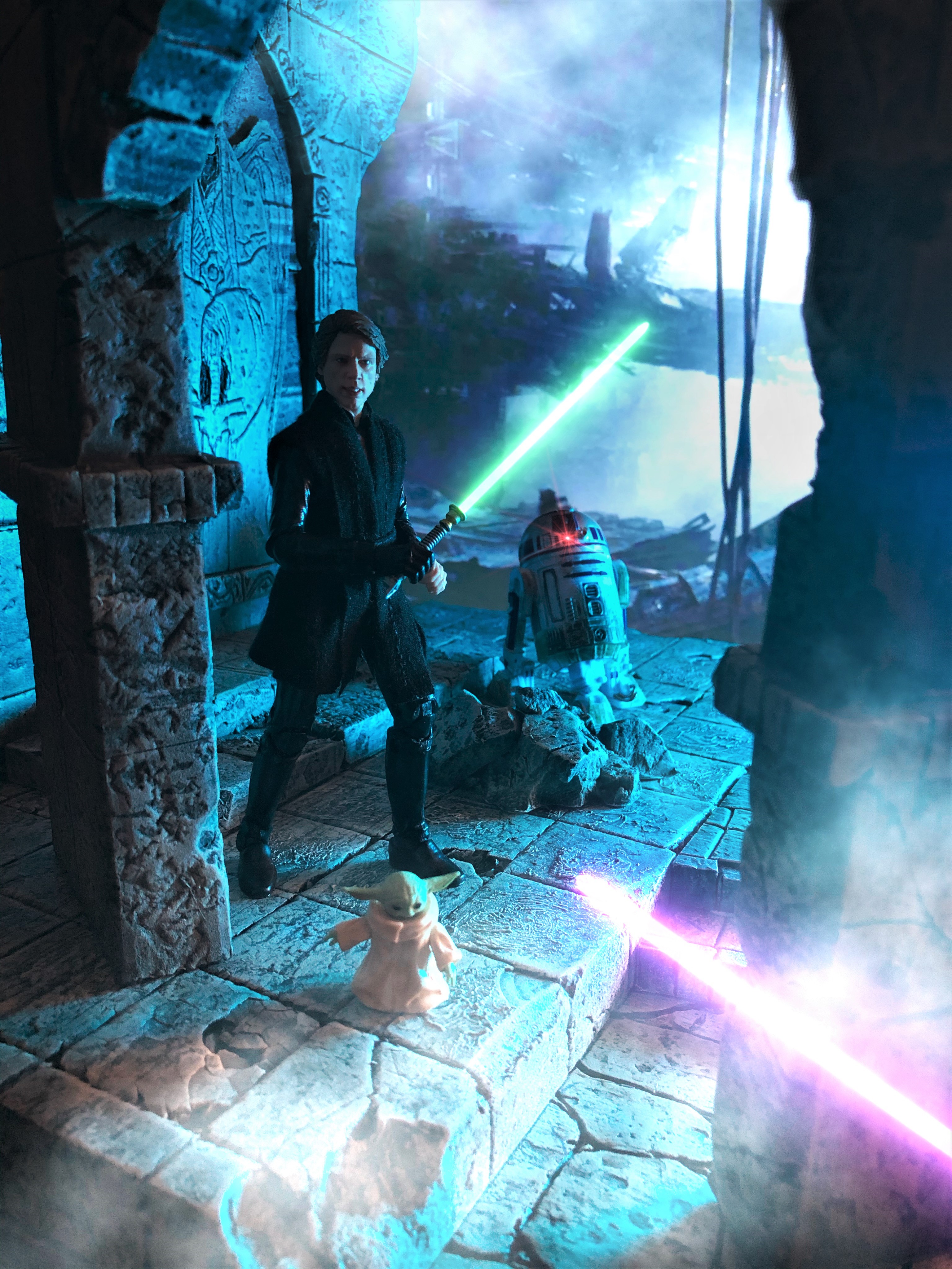 I was holding out for Oola & Rancor Keeper..

Nibcrom said:
How big is the Rancor?

Hasbro: We'll be including Malikili and Oola as stretch goals for the Rancor.
Disney: No scantily-clad figures.
Hasbro: Okay, only Malikili.
Disney: You can't include the rancor keeper, he's topless!

So it's perfectly fine to have Oola streaming on Disney+, but they can't make a figure of her? Even for an online-exclusive item? What a joke.
Click to expand...

I'm waiting for someone to have some fun with Photoshop and fix that picture for us. The Rancor needs an extra digit to give us the proper one finger salute.

Condolences, for those that wanted this to go through.

archrivals said:
Well I'm out. I don't need that Luke either.

My custom kills the need for that.
Click to expand...

You are not kidding. Awesome Luke. Love the dio too.

Oh wait, shiznit, that's it? Those are all the stretch goals? For $350??
I'll bet dollars to donuts that exact Luke with a black vest will be in the basic run for ROTJ's anniversary.
D

we can officially call it " homer". many of you should reconize the slam. it is a 90's reference. what other refernces can we come up with..??? hasbro really f$%$ed this one. first and maybe not the last sw haslab that will not get funded..???

archrivals said:
Well I'm out. I don't need that Luke either.

My custom kills the need for that.

I was holding out for Oola & Rancor Keeper..
Click to expand...

That Luke custom is too nice for that crummy, underscaled Artoo! lol

At least get him a Bandai model kit or Figuarts upgrade!

Location
3rd Rock from the Sun

One step forward....two steps back

The team seems to think that exclusive packaging is what we want. No, we want unique figures that complement the rancor. The Gamorrean and Luke do that, Crumb does not.

Sigh. So disappointing. I like the rancor, but the stretch goals are lackluster.

I think the backdrop should have been a part of the standard package. Tier 1 could have been the Gamorrean, with some kind of exclusive deco, but not carded. Tier 2 Luke with the bone and skull, to distinguish him from the eventual retail release. Tier 3 either Oola or Malakili. Tier 4 could have thrown in the remaining skulls, or made all of the figures carded with the coins. Oh well.

Now we play the waiting game.

I feel like Patrick cursed this whole damn thing from Day 1 when he blurted it out accidentally in that livestream, but a curse would honestly be an unfair scapegoat for the absolute ineptness and incompetence of this team. This is the culmination of all the bad will they’ve fostered over the last few years with their disregard for fan engagement and terrible decision making over and over again, and it’s manifesting in a revolt where you finally gave people a voice and it’s telling you NO. What a bunch of schmucks.
D

now all we have to look to for unlock tiers will be the whatever new galaxy edge packs are coming out. the creature pack holds clues to the future.. and I can say that 99.9999% of future animals/beasts will be a no go. I mean salicious, come on. I think hasbro was very salicious with the fandom...

Popping in over from the TVC discussions to offer my condolences for all hoping for this. It’s a great looking figure that suffers for being over priced and poor decision making.

I wasn't able to see the live stream. Can the bone be placed in the Rancor's mouth like in the movie? In the photos it seems like it's probably too big to fit the way it did in the movie.

Also, shouldn't the drool be articulated so it can point downward no matter the jaw position? Maybe they had to glue it in for the prototype?
Last edited: Nov 19, 2021
D

this is from a book call Star Wars Chronicles. people need to chek it out. its old. about 23 years old. but the info and pics are just that great. will be posting pics that we can show hasbro what we want in a haslab. hope this triggers something in the positive realm...

sharky said:
I wasn't able to see the live stream. Can the bone be placed in the Rancor's mouth like in the movie? In the photos it seems like it's probably too big to fit the way it did in the movie.
Click to expand...

a hell of a spread in size

a continuation . couldn't fit in all in one shot...

Well hey, on the bright side the drool accessory wasn't only available to Pulse Premium members like the slime on the proton pack! Right? Right?!?!!?
D

looks like from old model pics. an ISD can be built for the right price...

The problem here is a lot of people, myself included, do include the unlocks when factoring in the overall perceived value of the project. It's $350? Well okay, but we're also getting XYZ with it which makes it more reasonable. Instead, Hasbro offered us a repackaged figure that was recently rereleased and not hard to come by. A piece of cardboard and a handful of bones. Then salacious crumb (WTF?!?!!?). And for the "finale," a resculpted Jedi Luke (even though it seems a bit early for a resculpt of a figure that came out just a couple of years ago) that there isn't a chance in hell of getting unlocked now.

So here's the problem: the tiers are uninspiring to say the least, and now there is not the slightest chance in hell they all get unlocked, so the overall perceived value has just gone down because you're paying $350 and not even going to get everything.

The other problem is, Hasbro won't admit they blew it. They could garner MASSIVE praise from the collector community if 1. they come out and say okay, okay, we saw that literally every site asked for a Malakili, so we'll do it! And/or 2. even if they don't get up to 18,500 or however many for the Luke they still include it. Cause let's face it, that Luke is getting a retail release anyway so it's not like they're going to be losing money on the tooling and all, it's just a recard for this.

Hasbro needs to suck it up, acknowledge they ignored the fans, make it right, and absolutely do NOT put the blame on us for this failing, assuming it does. Rancor plus Oola plus Malakili plus then maybe just a couple of recards, would have been backed within the first week.

"You thought the reveals might be good? Lol" - The Prancor
D

you know those do look like something very phallic...????
You must log in or register to reply here.