Will you be purchasing this set?

Nighthawk said:
but really wish they don't put army builders in a multipack like this.
Click to expand...

Same, as I stated elsewhere it could have been Owen instead and it would have got me to bite for the Money. Though I suppose some feel that would be a wrong choice as well and belongs in TVC basic rather than an Exclusive.

And while people keep bringing up the Trooper 4-pk idea they have to understand that those aren't available to a lot of people overseas being a Pulse Exclusive, hence why they can go for about double the price on ebay. At least Amazon has broader reach in that regard but still.

I think what pains me the most is the lack of creativity with these, aside from different color paint and some added SG's and a few accessories it doesn't feel that expansive. Someone mentioned they don't theme anymore so it's but an alright set, but if you're going to the trouble to make two figures resemble a scene from EP1 you should also match the third to it rather than from EP4. Even if it does allow for more coverage, because IMO they could have done an Imperial set with the Purge Trooper, Imp Officer, and a Stormie. Or just done two Purge Troopers with an Officer.

Heck in the old days we'd have got a hero set, villain set and a backgrounder set with Aliens. Which IMO is what's sorely lacking currently, Alien representation. They could have Kitbashed Ponda Baba for an Aqualish gangster from BOBF, but they didn't. Not to mention any number of other Nikto, Trandoshan and Klatooinians etc. Those are the types of things I would pay an Exclusive premium for.

Such a cool set. I can do without the Purge guy but I get why it's included. 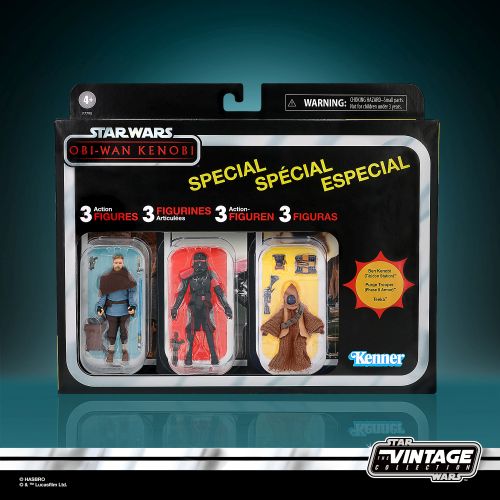 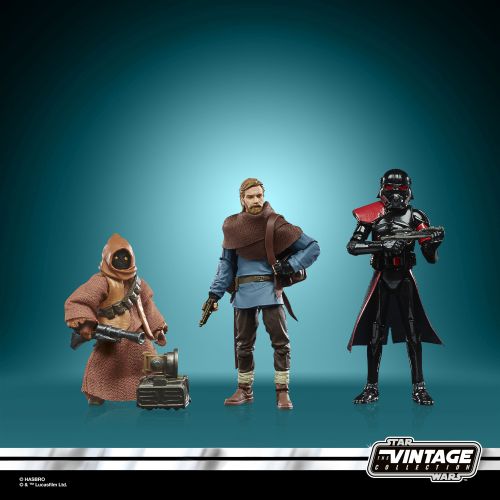 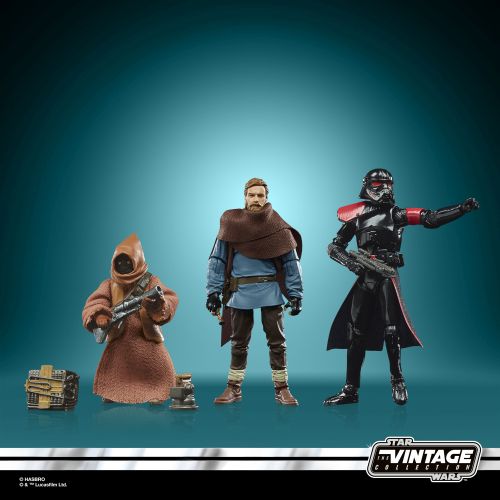 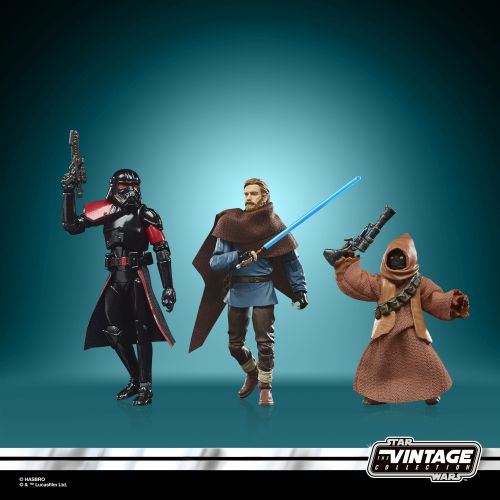 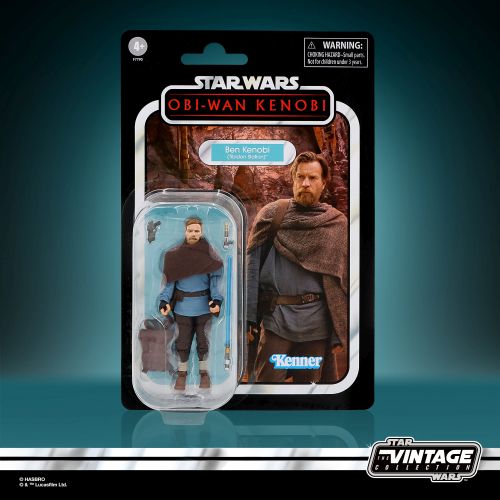 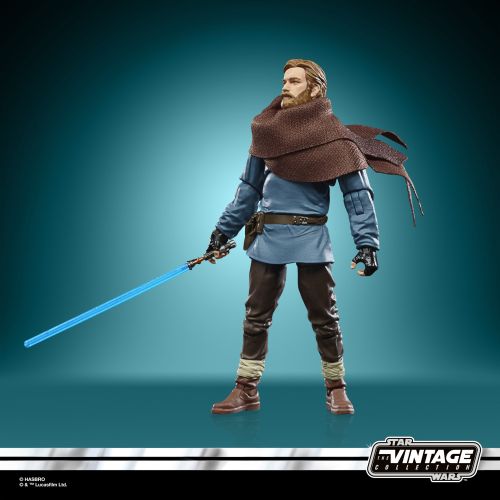 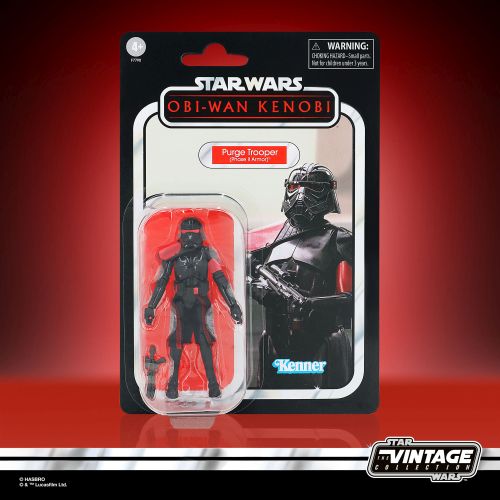 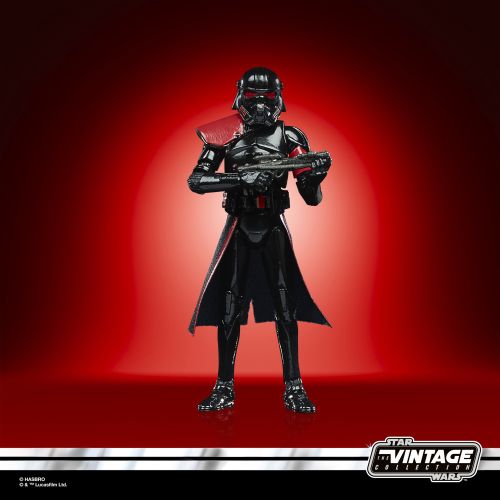 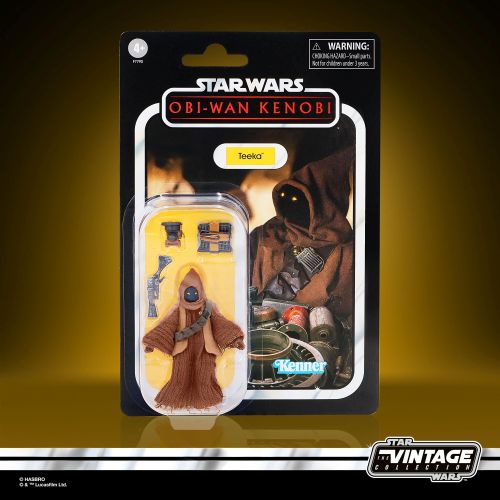 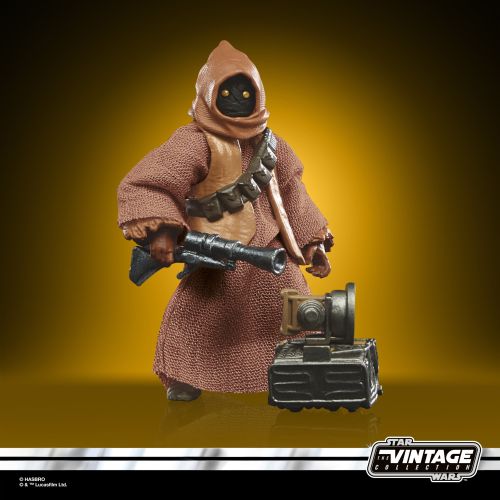 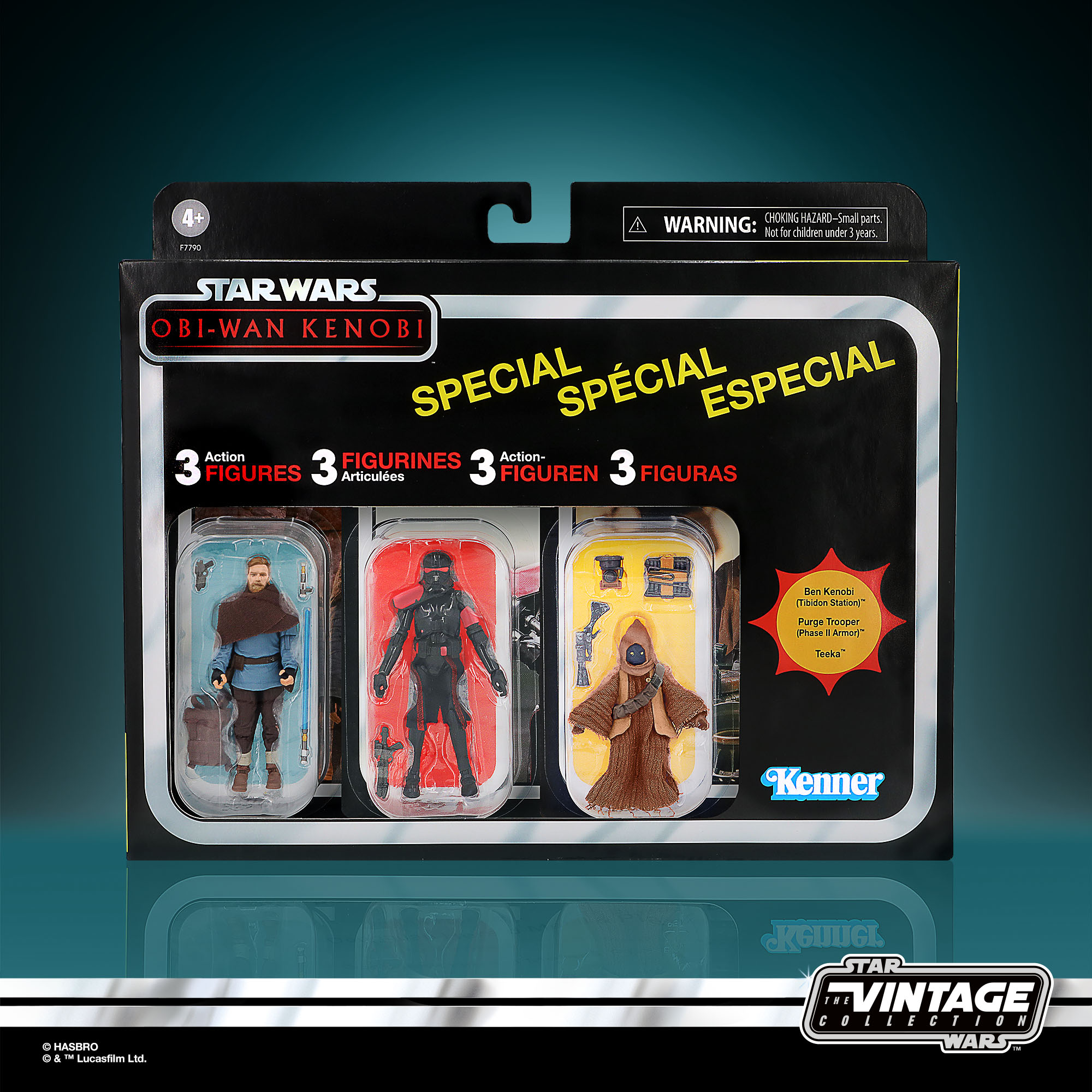 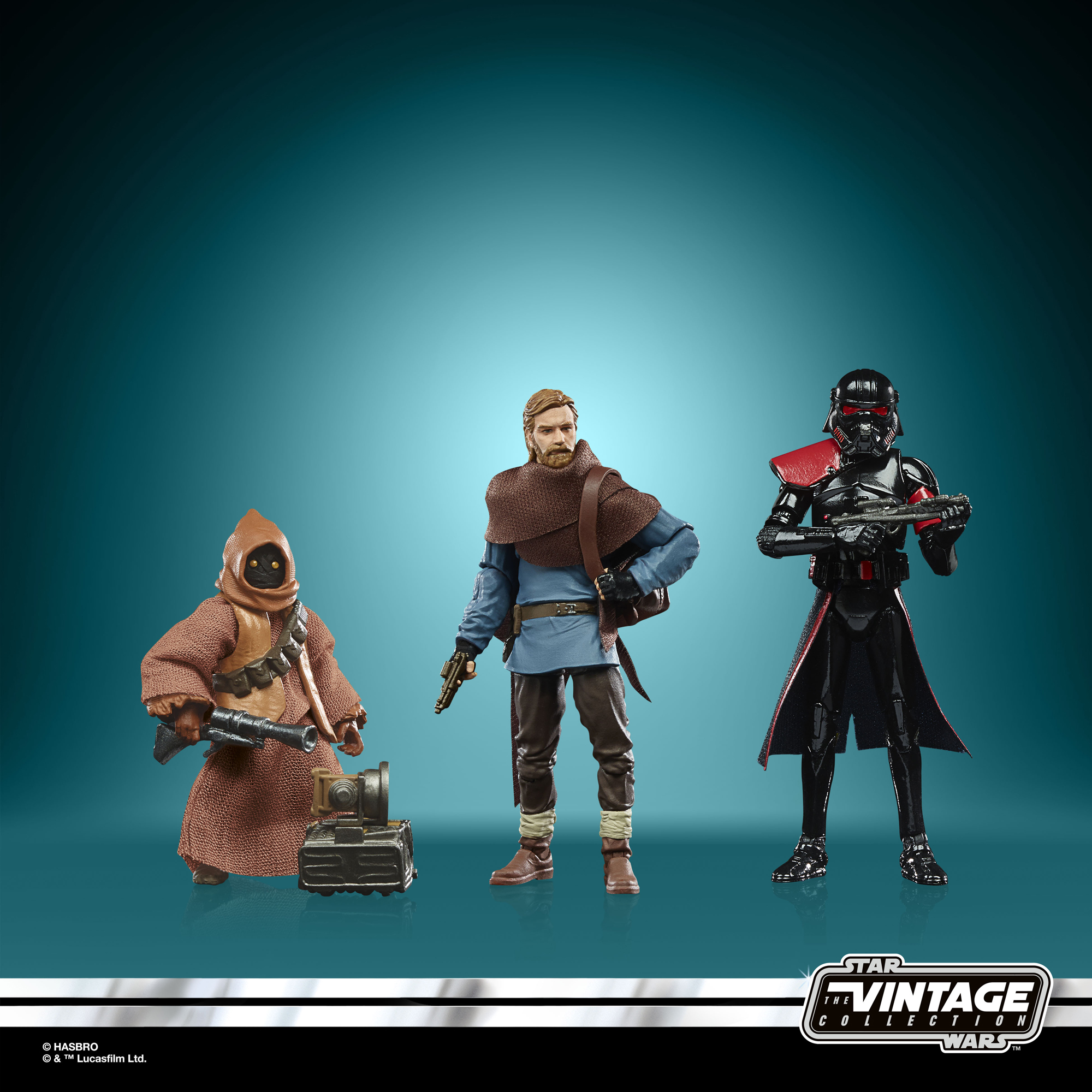 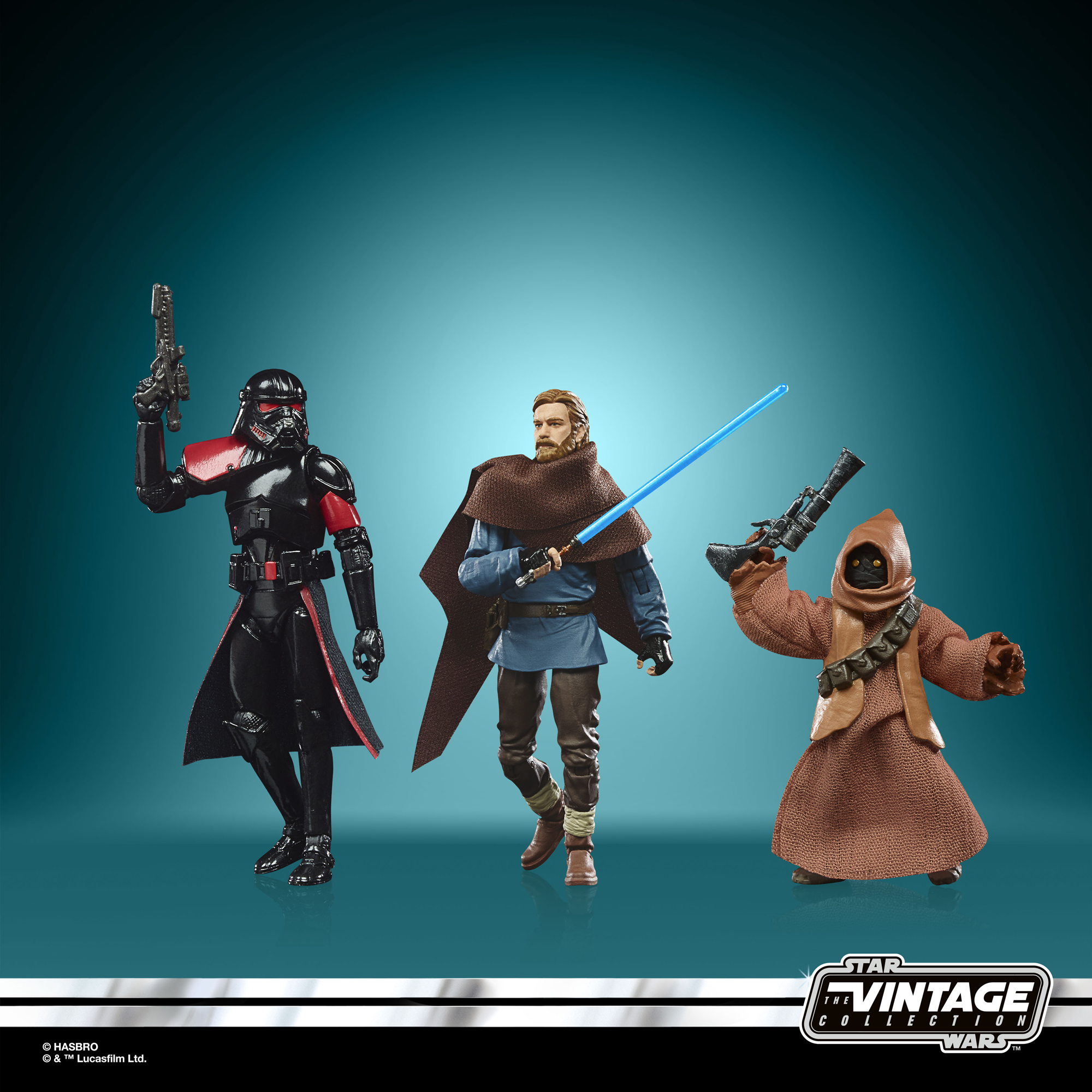 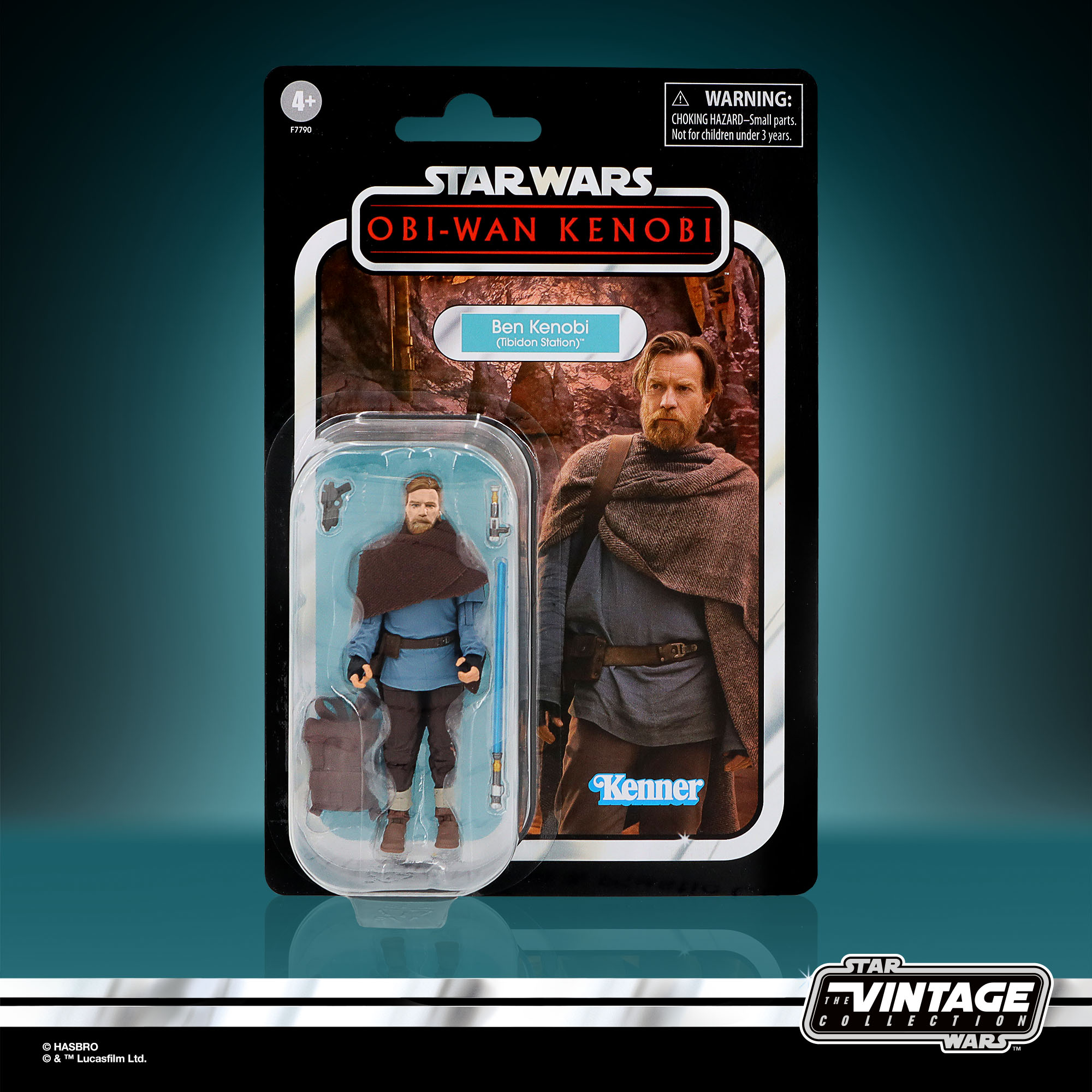 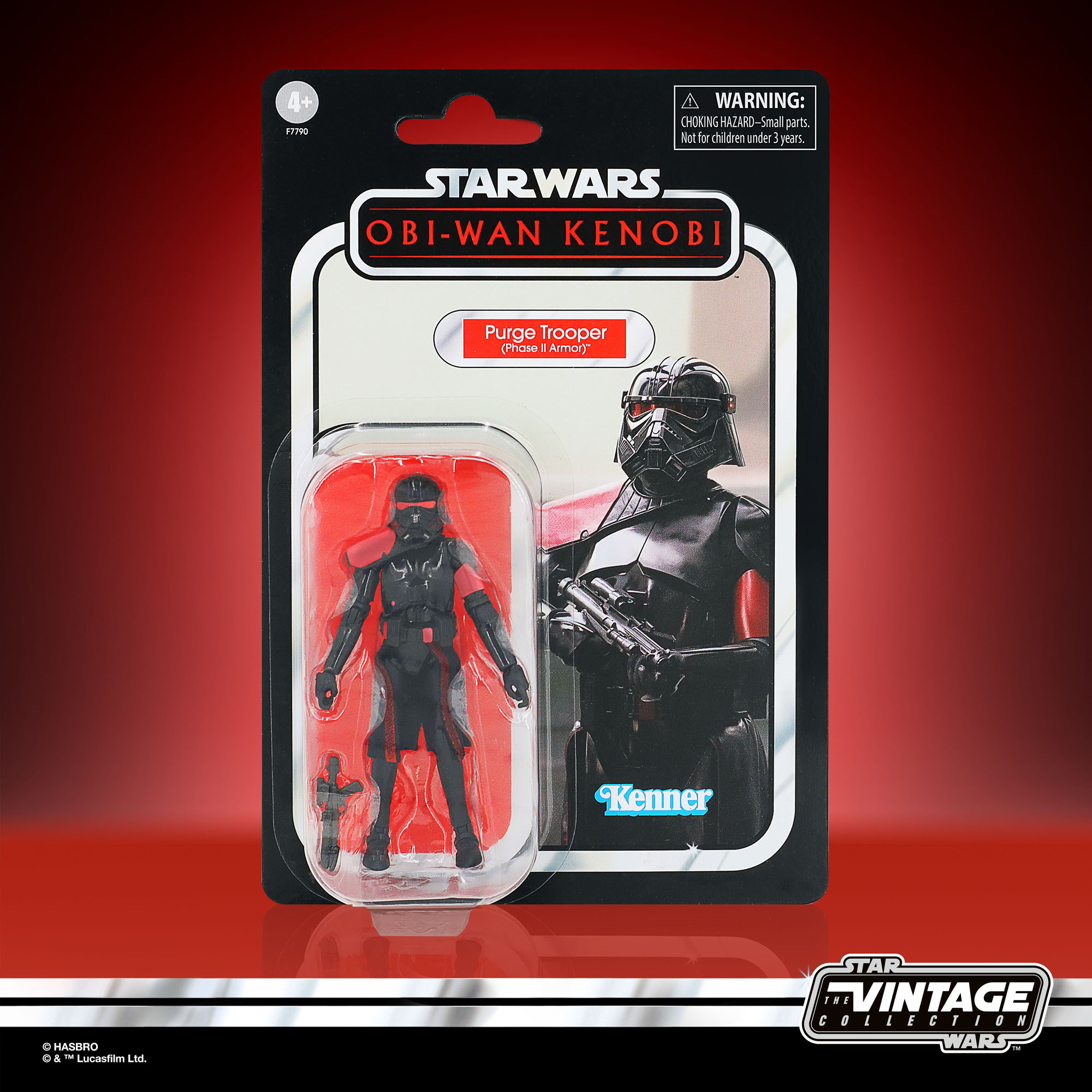 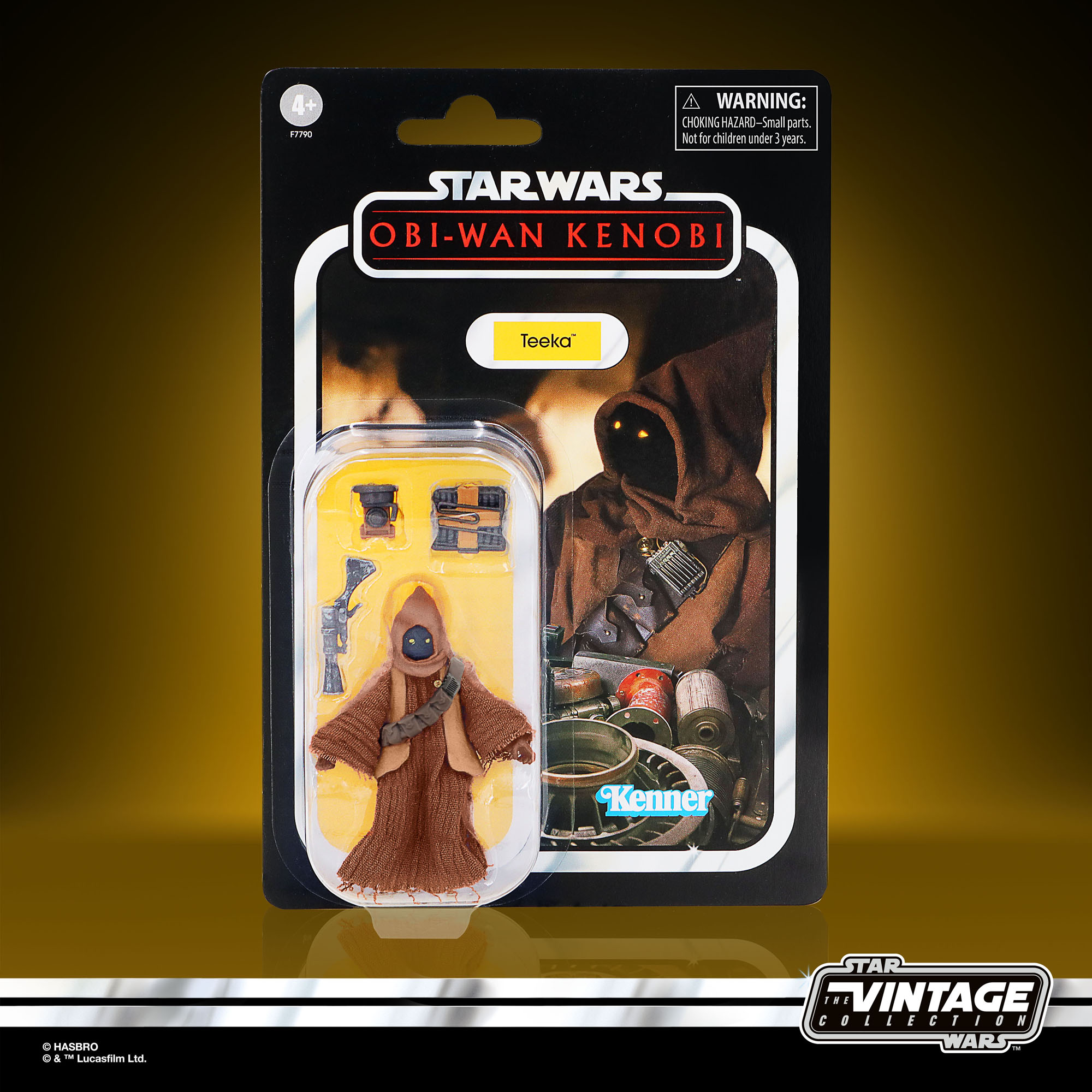 Some pretty creative repaints/minimal new tooling.
And unlike the Bad Batch four pack they actually made one of the main characters.

I actually prefer this outfit for Obi-Wan even though he hardly wore it. It looks much more like an adventure outfit. The Purge Trooper is a nice addition too.

I like the carded figures in the multi-packs - the outer box provides an extra layer of protection for the cards/bubbles and the cards are unpunched.

I would have preferred a young Leia instead of the Purge Trooper in this set though.

I would have preferred a Leia in the set as well, but these are all existing sculpts with some retooling / repainting, and she'd require a brand new sculpt. I suppose they could always do Leia on her own, or a 2-pack with Luke - surely something will be released eventually for her, she was a critical character in the series, and the whole reason Kenobi came out of exile.
C

I only want Teeka and the Obi Wan accessories. I actually sort of prefer the other outfit. But still. I guess I'll consider it.

HothHan said:
Such a cool set. I can do without the Purge guy but I get why it's included.
Click to expand...

Yeah, I wouldn't have bought it if it was single carded, but I won't mind owning it as part of this set.

I friggin' love this seat! THIS is how you do retools/multipacks, Hasbro! Well-done! I prefer the blue outfit obi wan and those Jawa accessories look great! Yes! Can't wait for this!

(this is about a million times better than the erroneously-named Bad Batch set which didn't actually have any of the main characters in it!)

I’m down for two sets, and if anyone wants to sell one of their additional Obiwan figures, I am definitely interested in buying it.
G

This is the first TVC set I shot in a while. Got super excited when I first saw the Purge Trooper. And it's funny looking back now, had no idea this Jawa was an actual character (to an extent). Just though it was a nameless backgrounder.

Probably buying 2 or 4 sets for the purge troopers, so if anyone wants to buy extra obi wans/Jawas let me know.

I hope this doesn't end up like the shitshow we all just dealt with for the "Bad Batch" Amazon set. Sure we all got it - but that whole ordeal was just weird and annoying.

I skipped the regular release Obi Wan mostly because of the weird midtorso joint. But I will get the one in this set because the joint is hidden under the cloth bits. And I am always a sucker for a new deco Jawa.

The Purge Trooper will find a good home somewhere else, I don't see a need for it.
B

I don't think this would actually happen without a main character anchoring it, but I would love to see Teeka make an appearance on a deluxe set with his cart and model T-16.

A brilliant release by Hasbro. A+

I just worry about this multipack selling out in seconds, like what happened with the Bad Batch initial roll-out on Amazon. Amazon has had more than adequate stock for its single-carded releases recently, hopefully this will be the same.
M

SO EXCITE for this set. I’ll grab at least one set, maybe 2 or 3 for the extra troopers and Jawas. This, plus Dark Times Darth (VC and Retro) will do it for me. Cancelled my Reva preorder, fell asleep during her “redemption” scene. I’ll take Grand Inquisitor though!
B

Darth_V4der said:
I just worry about this multipack selling out in seconds, like what happened with the Bad Batch initial roll-out on Amazon.
Click to expand...

If I recall correctly the Bad Batch pack lasted about 10 minutes or so. If you were there on time then you got one.

The problem with that release was the limit was set at 30 so resellers cleaned up. Also, it went up for pre-order the same day it was revealed so many folks didn't know about it until after it had sold out.

We would hope that:

1. The limit is lower

ImperialBucket said:
Probably buying 2 or 4 sets for the purge troopers, so if anyone wants to buy extra obi wans/Jawas let me know.
Click to expand...

I would definitely be interested in buying the Jawas please.
B

^ Your avatar reminded me of how badly I want a HasLab Sandcrawler. So iconic.

Batuurist said:
I don't think this would actually happen without a main character anchoring it, but I would love to see Teeka make an appearance on a deluxe set with his cart and model T-16.
Click to expand...

It makes you wonder if now there's going to be a run on the old POTF2 CommTech Luke Skywalker figure? Because he comes with the T-16 model!

I still have that Luke with the T-16 in a box somewhere. That T-16 will wind up with Teeka for sure! Maybe the little hydro-spanner tool thing too.

Even if this set sells out quickly, Amazon can always order more just like they did with the BB set to meet demand. Hasbro has shown that they're willing to produce more multipacks (Skiff 3-pack, etc) when demand warrants it, and a set like this, of retools / repaints is like printing money for them. I'm not worried about securing one, even if it's not today.

Seems like an obvious accessory for young Luke, if they even make him, so that's where I'd expect to see it since they didn't bother to include it with Teeka. The only other option is another Obi-Wan repaint w/Cave, or Obi-Wan w/Eopie. Otherwise I think it won't happen.

Based on previous upticks in price for other figures that have been seen in new media I suspect this Luke will follow suit, or we'll see a bunch of T-16 by themselves for $10-15! lol

I'm going to wait for this to drop in price when it's officially released, just like the Bad Batch set.
B

The Amazon page for the TVC Obi-Wan 3-Pack has been populated:

Purge Trooper may end up that Elite Trooper very pricey by itself. I think an Inquisitor 3 pack should've been made or even a 4 pack with adding a Purge Trooper in it.
N

It's live now. Got one pre-ordered!!!

It is up for preorder

Got one. That was easy.
N

Got my order in, easy experience with Amazon.
You must log in or register to reply here.