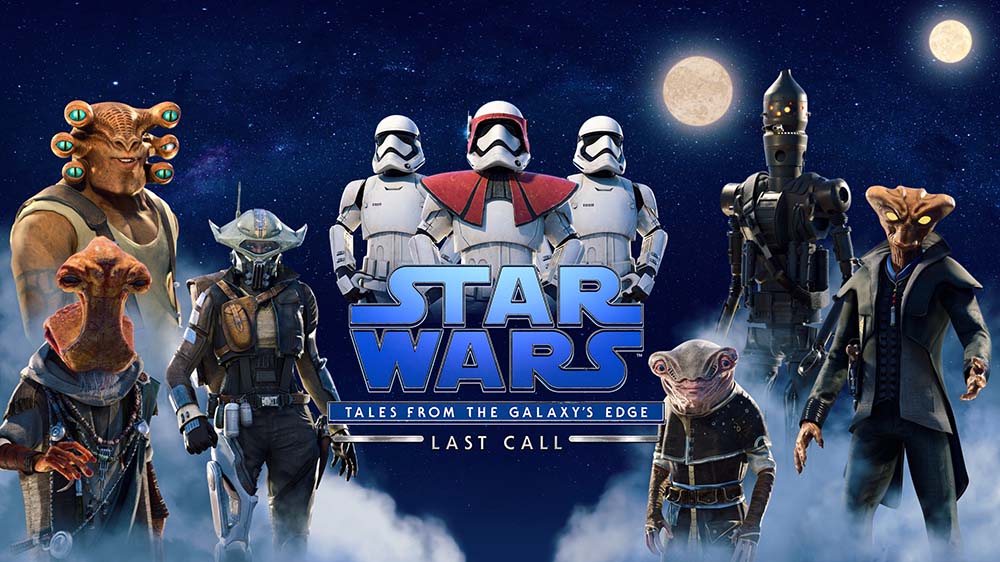 Today ILMxLAB, Lucasfilm’s award-winning immersive entertainment studio, released the official gameplay trailer and more new characters coming in Last Call. Experience new adventures on Batuu, two new Tales, and a multitude of new items to buy and try at Mubo's Workshop. The highly anticipated conclusion to Star Wars: Tales from the Galaxy’s Edge will be available on the Oculus Quest platform September 15 for $9.99, or a total of $34.99 for the full experience.

In the extended trailer catch previews of new adventures, Tales, and characters to Last Call like Hondo Ohnaka voiced by Jim Cummings (Winnie the Pooh, Aladdin, The Princess and the Frog), and Anika Noni Rose (The Princess and the Frog, Dreamgirls, Them) will star as Neeva. Daman Mills (Dragon Ball Super: Broly, Final Fantasy VII Remake) will voice stormtrooper leader Lt. Gauge, mobster Boggs Triff will be voiced by Darin DePaul (Overwatch, Final Fantasy XV) and assassin droid IG-88 will be voiced by Rhys Darby (Yes Man, Flight of the Conchords). 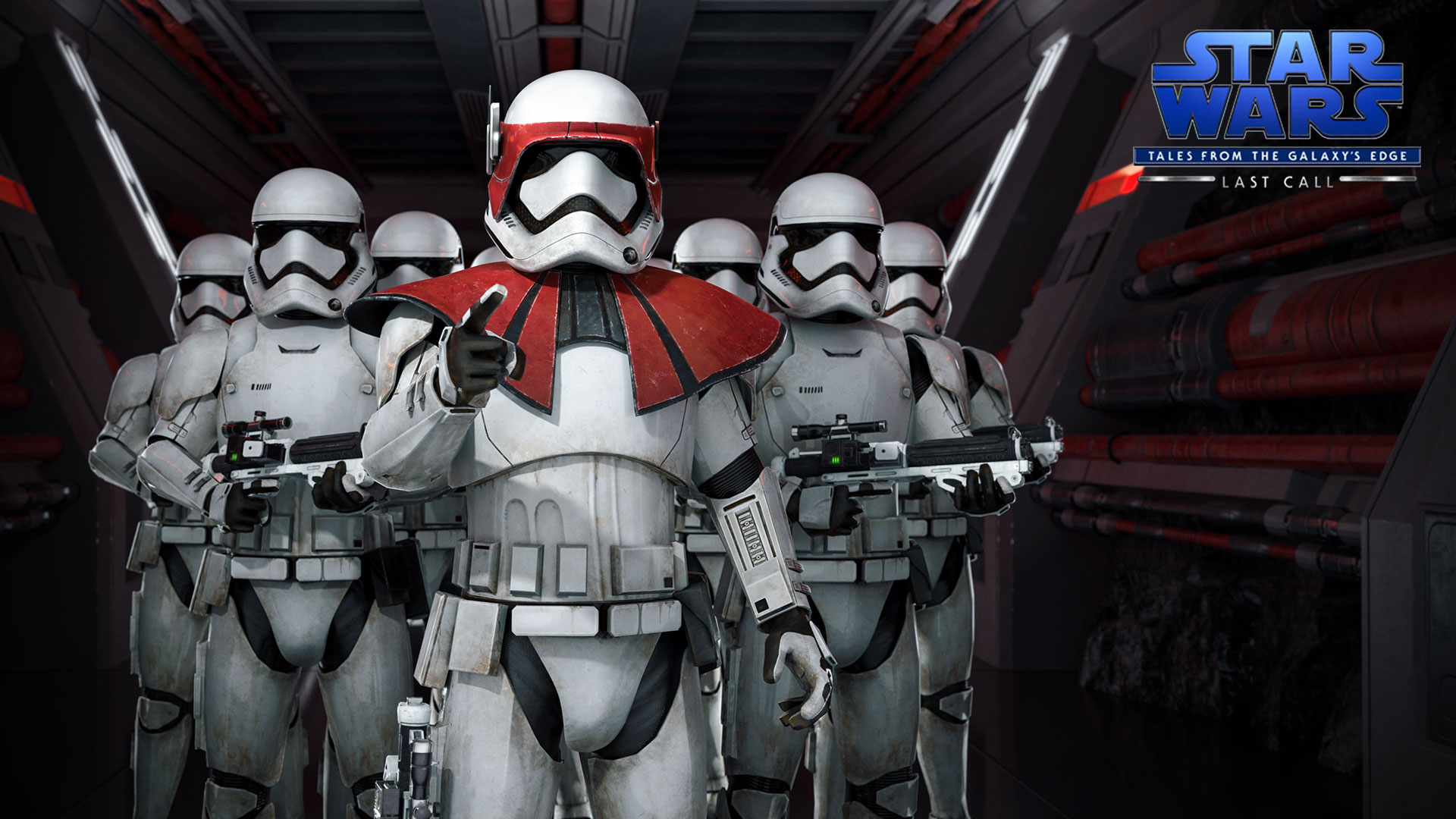 Explore even more of the Batuu wilds in Last Call. In need of assistance, Dok-Ondar hires you to recover an ancient artifact. Navigating new environments like Sardeevem Chasm and the Cavern of the Moons, watch out for pirates and new threats, solving puzzles and using your droid repair tech tools to get yourself out of tight situations.

Additionally, you stumble upon a hidden First Order facility far, far away from Black Spire Outpost -- highly dangerous and growing in secret. With an unlikely collection of allies including Lens Kamo, Hondo, Mubo, R2-D2, and C-3PO behind you, infiltrate the First Order’s operation and attempt to thwart an evil that threatens all of Batuu. 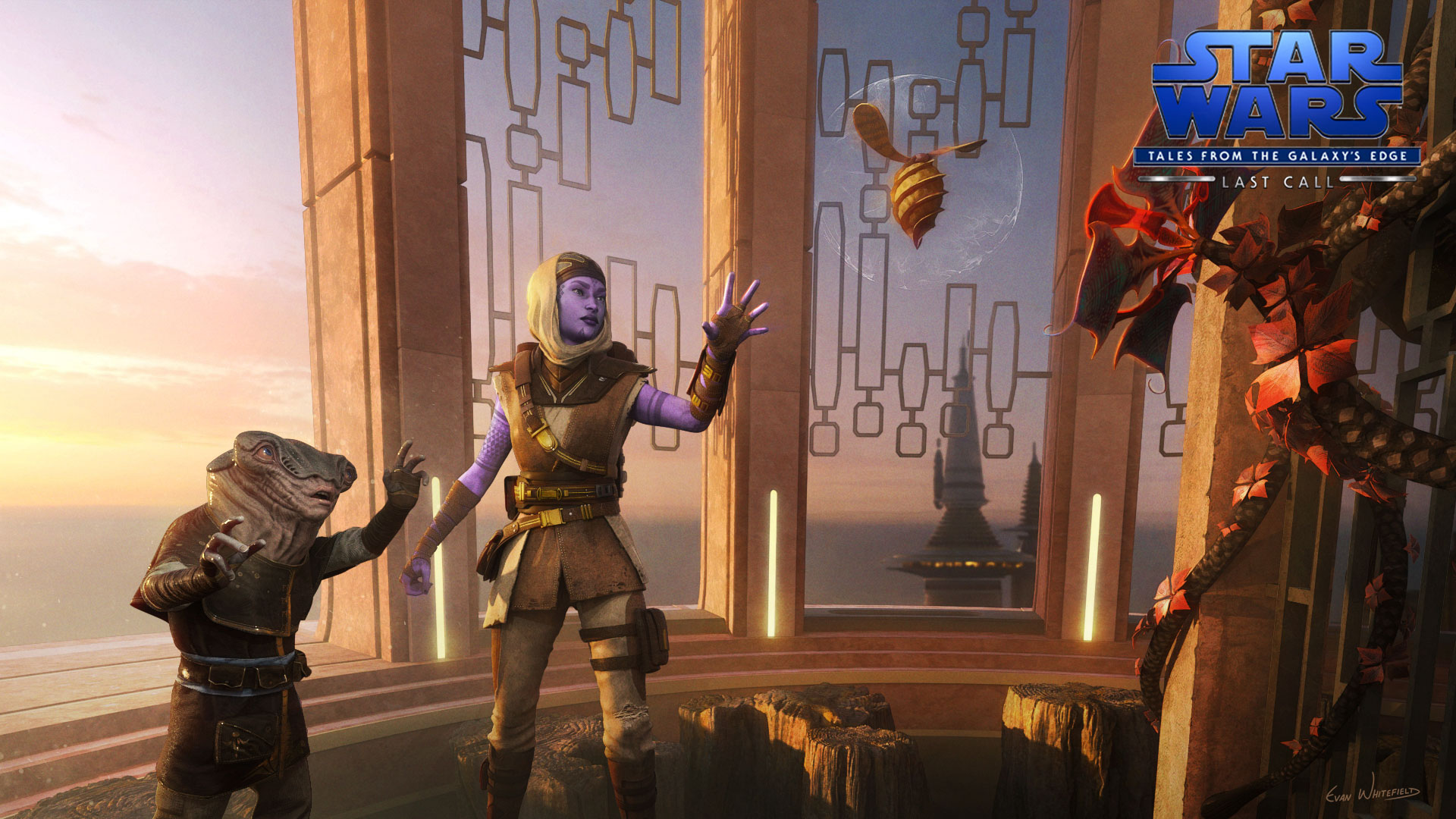 In The Bounty of Boggs Triff, play as IG-88, a class four assassin droid and one of the top bounty hunters in all of known space. Take a peculiar bounty on the moon of Nar Shaddaa and traverse an impregnable fortress to reach Boggs Triff and complete IG-88’s mission.

The story of Ady’Sun Zee continues in The Sacred Garden, set in The High Republic era many years after her first Tale. The apprentice has now leveled up into a Jedi Knight, and must teach her Padawan, Nooa, the ways of the Force -- while learning some lessons herself.

What do you guys think? I really like the idea of exploring the world of Batuu and getting to know more of the characters from Galaxy's Edge at the Disney parks. Have you been to Galaxy's Edge? What other characters would you like to see more of in this VR extension of the world?
You must log in or register to reply here.