Yet another reason I love NECA - they actually listen to their customer base. Lots of people asked for re-release of Hudson and Hicks, so now they're releasing a two pack ultimate style on both Marines.

SGT_A said:
Yet another reason I love NECA - they actually listen to their customer base. Lots of people asked for re-release of Hudson and Hicks, so now they're releasing a two pack ultimate style on both Marines.
Click to expand...

Awesome! Where did you hear this? Any more details? I have the Hicks 2-pack, but passed on Hudson. I really want him and almost bought the 2-pack several times but I always put it back...he just looks kind of goofy.

NM, just saw it on the NECA page:

They look good to, I got the NECA post on instagram last night.. Just amazing work that comes out of that lil camp they call NECA.

So what's the secret to posting pics from my photo gallery on here?

I've never been able to figure it out, I just use my ancient Photobucket account and use HTML links... 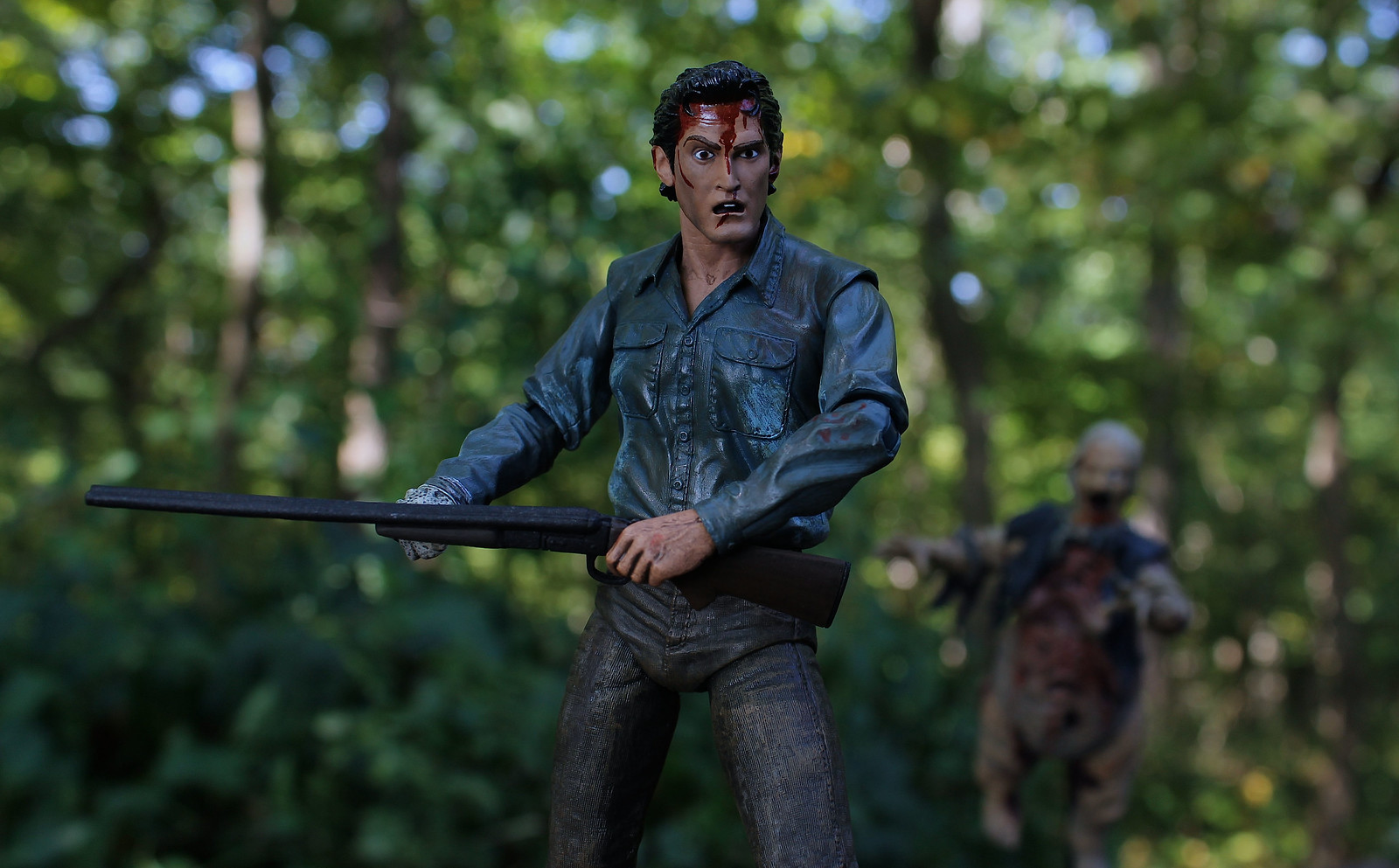 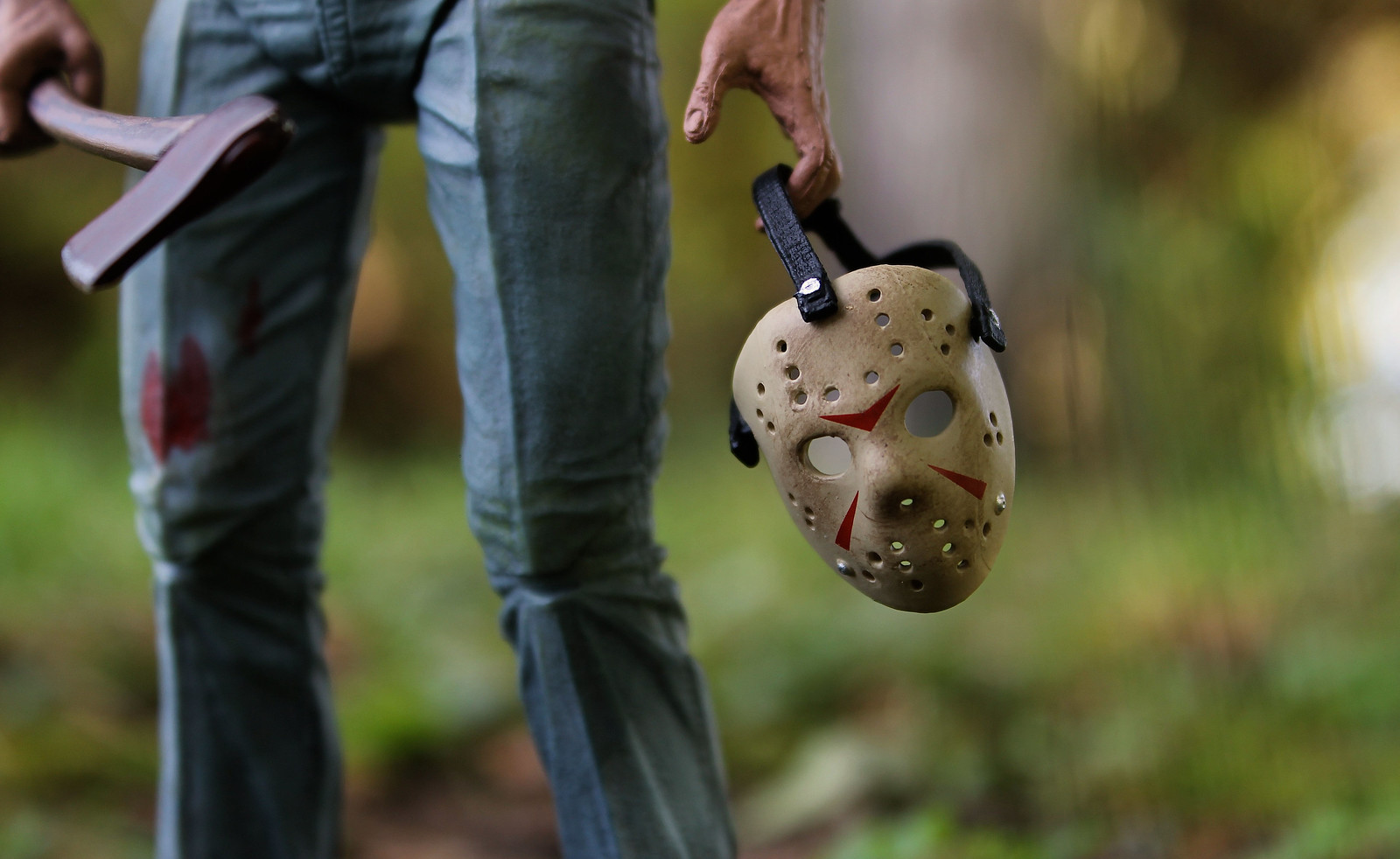 Still haven't seen the new Jason figure in store. Patiently waiting because I like to pick my figures. Great shot there SV.

Thanks! I got mine last week from a local collectables store, though the price was a little higher than normal.

More pics of this guy to come. I repainted both heads, painted his undershirt since they forgot to, repainted his neck and shirt to remove the blood, repainted the skin on his forearms since it was sloppy where it met the sleeves, and drybrushed the pants a little to make the finish on the waist match the legs.

All that REPAINTING? Kinda odd to have to do all that work to a NECA figure, is the NECA crew slacking nowadays? Hopefully I will get my mits on one here soon probably show up next week HALLOWEEN week.

mcvance said:
All that REPAINTING? Kinda odd to have to do all that work to a NECA figure, is the NECA crew slacking nowadays? Hopefully I will get my mits on one here soon probably show up next week HALLOWEEN week.
Click to expand...

I would have left the heads alone, but the mask straps left black marks behind on both heads when I first removed them, seems to have been a common problem. They did forget to paint the undershirt so that had to be painted. I got rid of the blood on the neck and front of the shirt just because of personal preference, I wanted them clean to match the undamaged head.

To be honest, I do feel like they slacked off a little on this figure. His hip joints are rather loose right out of the box, but that can be fixed with a pair of loom bands (or small rubber bands), one for each leg. Don't get me wrong he's a nice figure, the masks are excellent as are all the weapons, but he's not up to the same standard the other neca figures I've picked up this year. Ultimate ED2 Ash, all the ultimate terminator figures, ultimate nathan drake, Vasquez, Frost, etc, have all been amazing and at a higher standard, so Jason disappointed me at first. 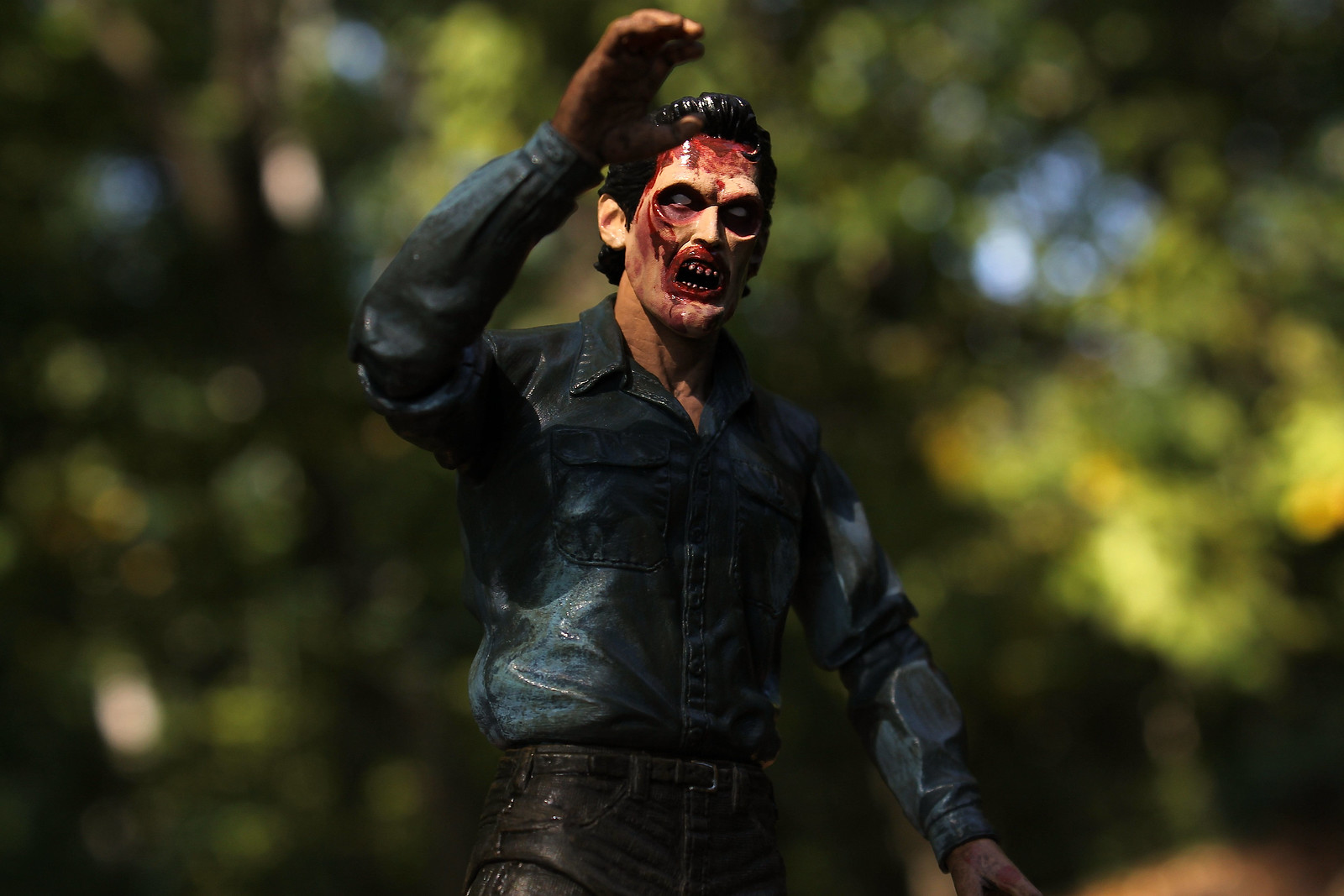 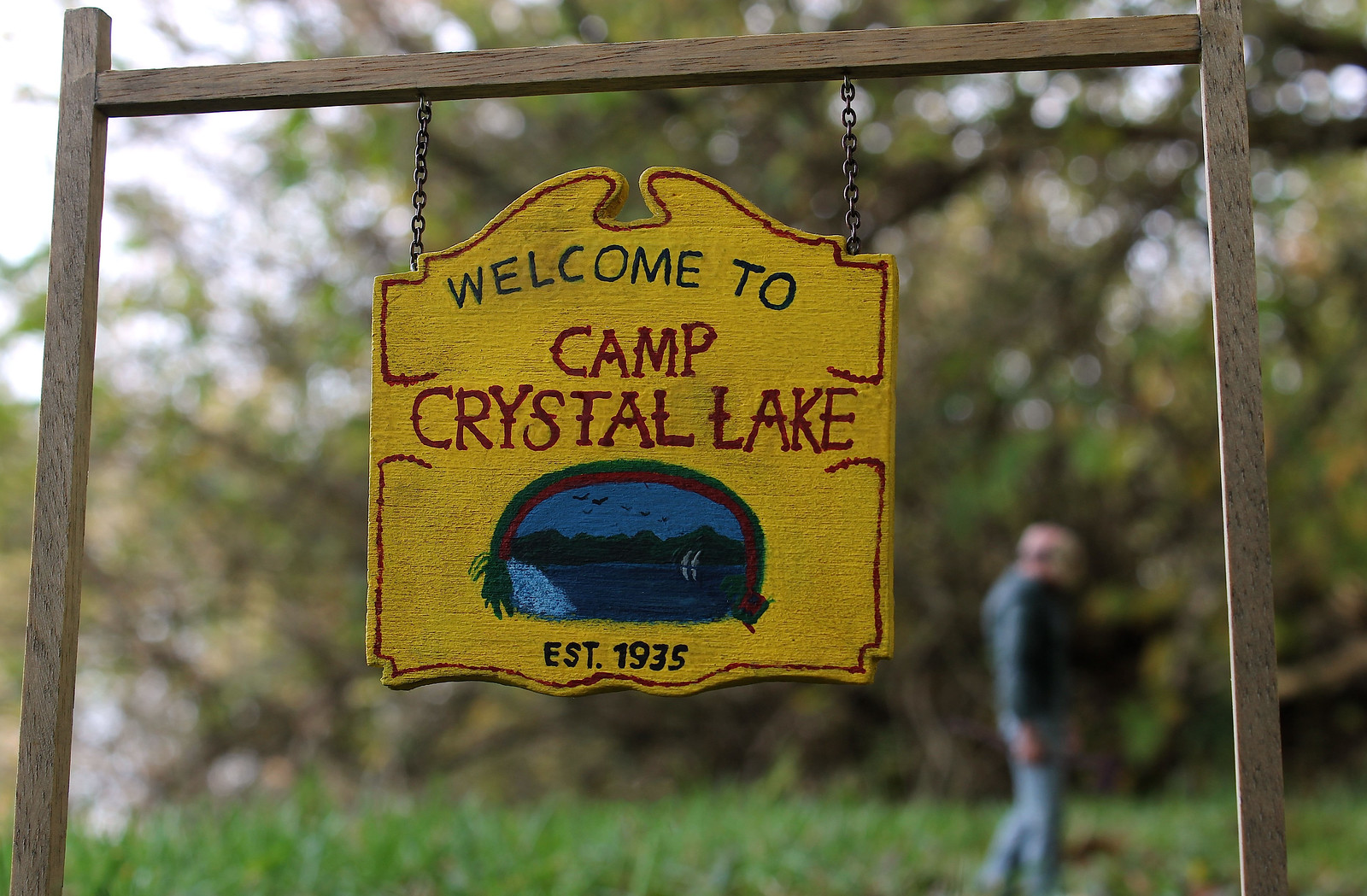 Still have yet to see Jason 3D on the fricken shelves... DANG IT!!! 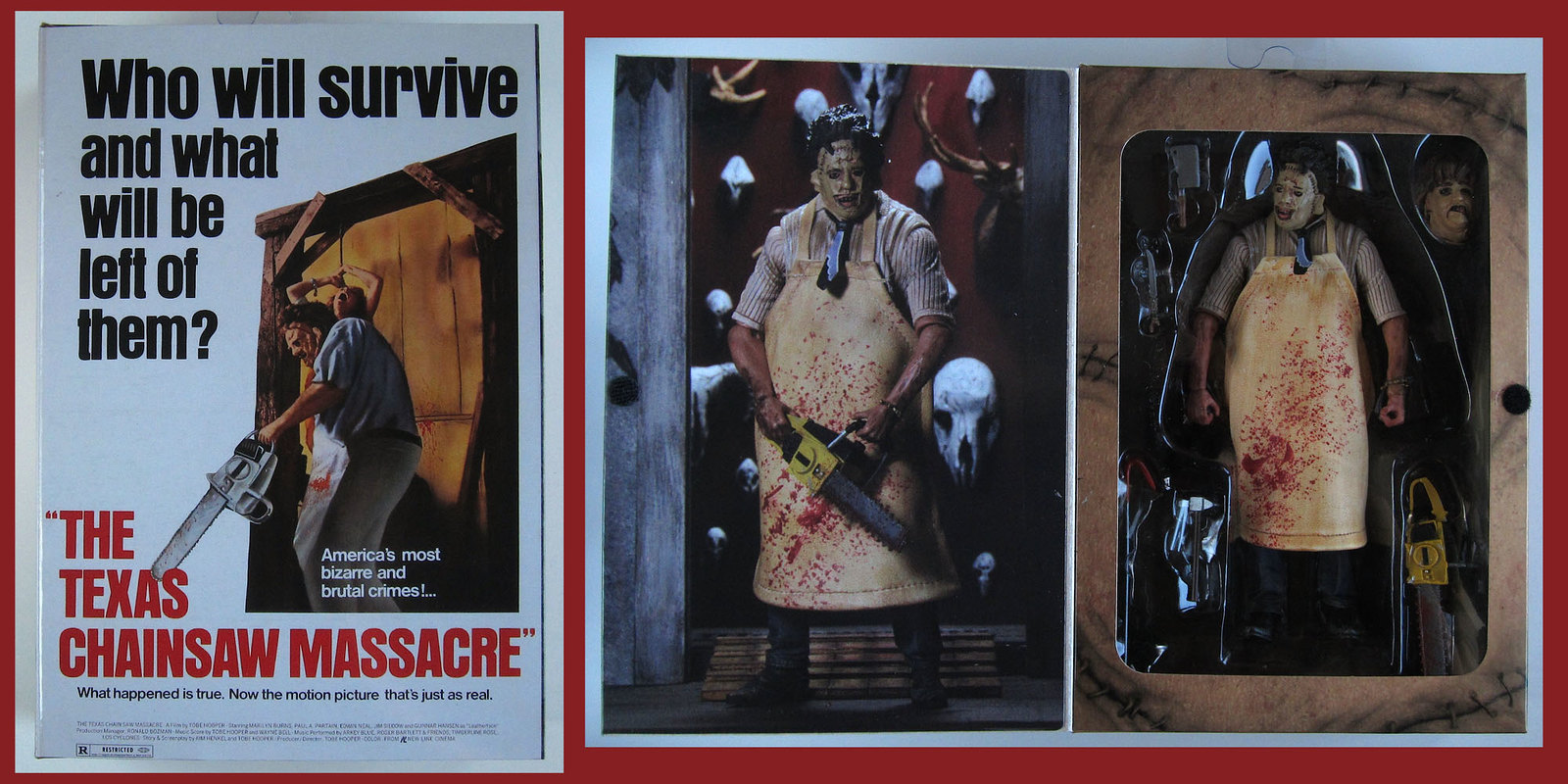 I had been kicking myself for not picking this figure up last year when I had the chance, so I resorted to ebay. I finally found one for a reasonable price, and I have to say he was worth it. Love the accessories and the sculpt is perfect. I will be repainting the heads for sure.

First time I've ever had any QC issues with a NECA figure was last night. Picked up the Alien Xenomorph (boxed BC) and when I removed the figure the right leg fell off and the left arm as well. It seems to be how they pack this figure and tighten the twist ties down way to tight and it warps and pulls the joints out or just breaks them all together. Luckily TRU still had a few on the pegs and gladly exchanged the figure for another and now I'm satisfied with a great figure. I also picked up the Albino concept Alien but haven't opened him yet and may not? 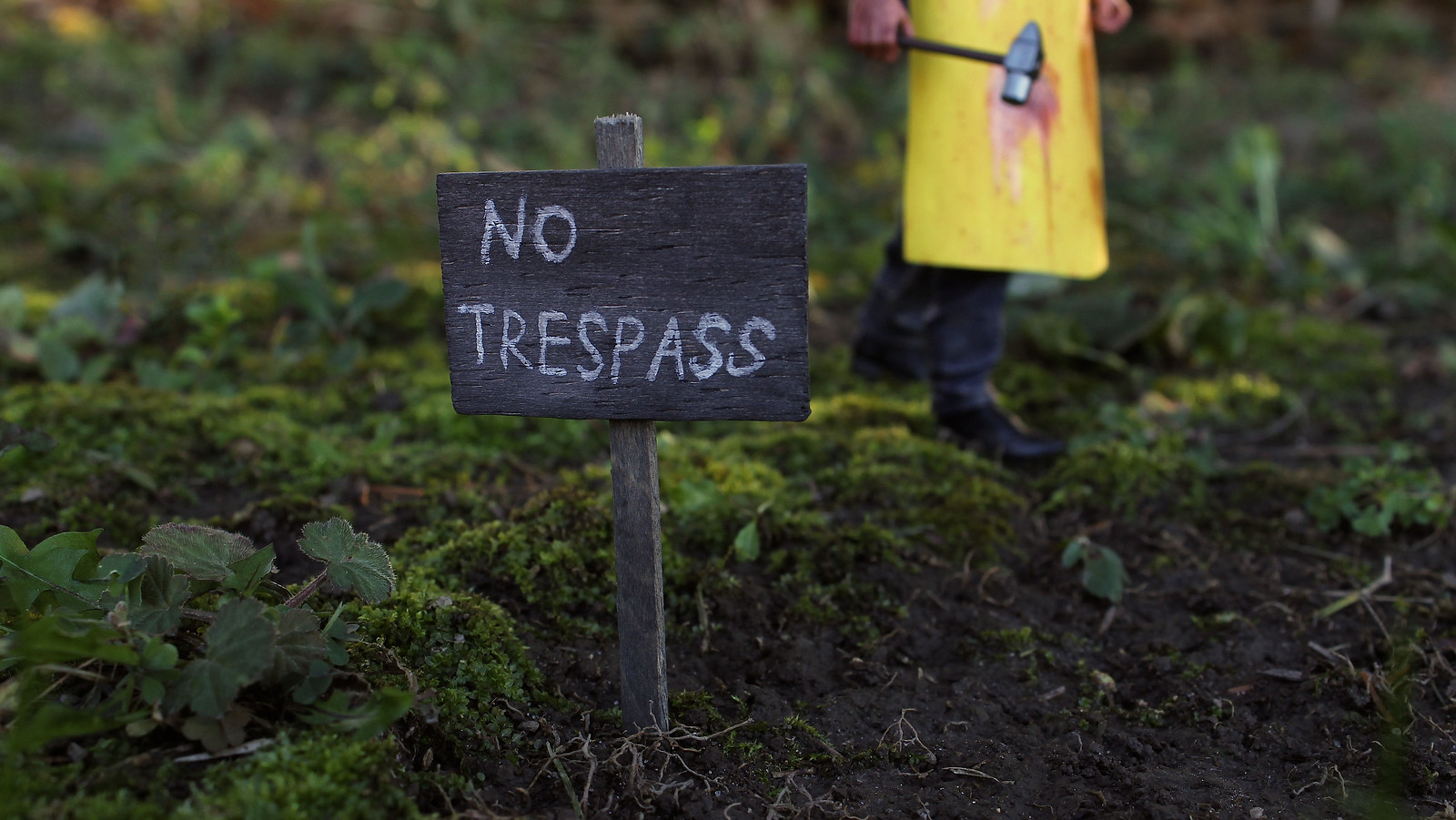 I just received a Neca item that I consider the holy grail of my LotR toy collection.

The Balrog. 2 feet tall, 42 inch wingspan. Light and sound features. It is awesome! 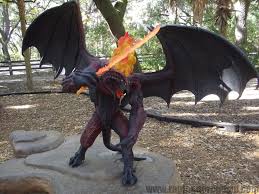 
I had the opportunity to stop by toysRus this morning and much to my surprise they actually had both of these new exclusives on a bottom shelf in the neca aisle. They had at least 20 of batman and 10 or so of Harley.

It's true that you really do need to compare these in the store. Most of the batman figures had wonky eyes and the paint on the mouth area varies greatly from figure to figure. Some were sloppy, some had a strange black film of paint over the flesh tones, and some were very pink on one side of the face. Also watch the belts, particularly the dark wash that has been applied to it.

As for Harley, I had to pick the best of the worst. Some of them had really sloppy paint apps. Be sure to check the hair, the face paint, the smaller details like her diamond patterns, and even her undies. I will be repainting her makeup and eyebrows for sure, and doing some touchups all over. I don't get to fully open these until X-mas unfortunately, so I can't speak for the build quality yet but I've heard they are solid. I did open the boxes briefly to make sure all the contents are there. One of the Harley's at the store was missing the background insert from the box! Batman's cape does feel higher quality than the Keaton one. Speaking of which, I saw at least 4 brand new Keaton's on the shelf today.

I picked them both up yesterday.

Batman isn't the greatest. His cape is not pinned to his body in an attractive way and he has face paint issues like Scar mentioned. I felt like I had to go through two boxes of Batman's and then just settled for the best. He's just not a madly exciting figure. Plus, I'm pretty sure the image on the back of the box is of the 16in version because it has double jointed elbows...

Harley, on the other hand, is fantastic! Unlike Scar, I was happy with the very first I picked up. The only gripe is her belt tattoo kinda extends over her thong strap but that can be quickly fixed with a little black paint. She's very detailed and poseable and the sculpt is killer. I'm not the hugest Harley or Joker guy and I really didn't expect to like this one so much but she's probably one of my favorite recent buys!

That's why I passed on Bats at my TRU...all had eye apps. all over the place.

Received my Neca Nathan Drake figure this past week and I gotta say he's one fantastic figure. I've never played the game but my dad says it's a good one. Once again Neca has produced a solid figure. 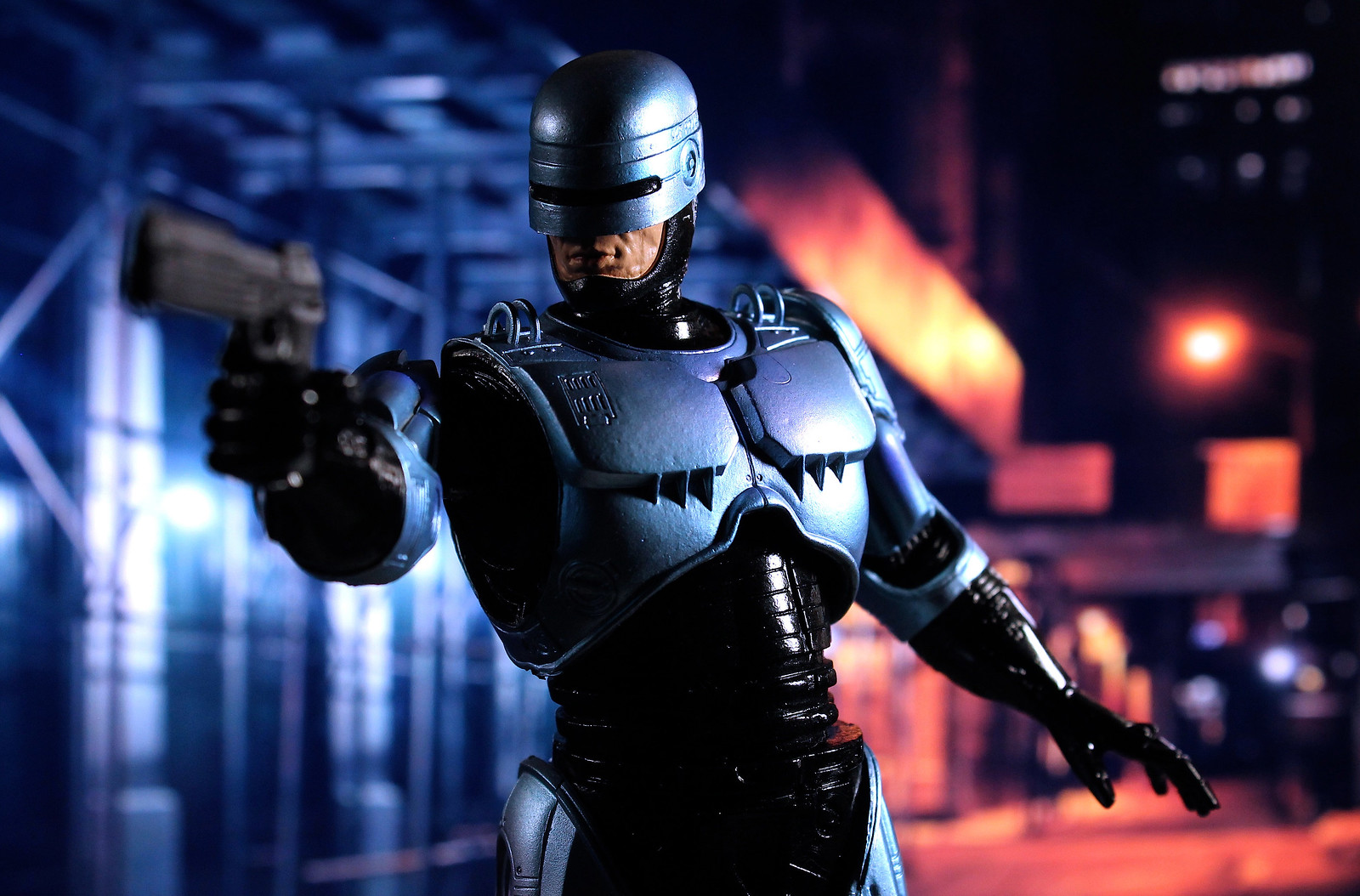 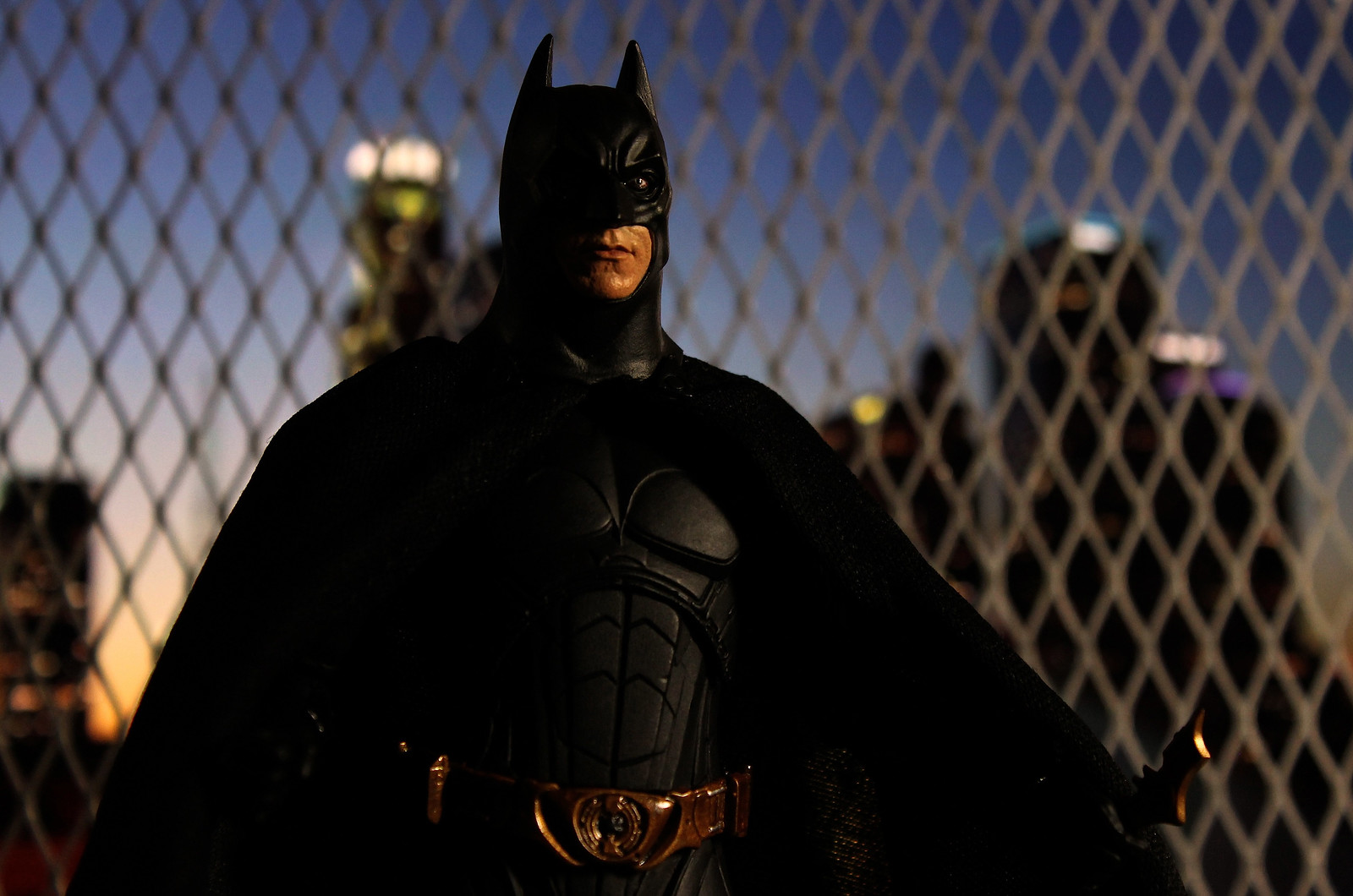 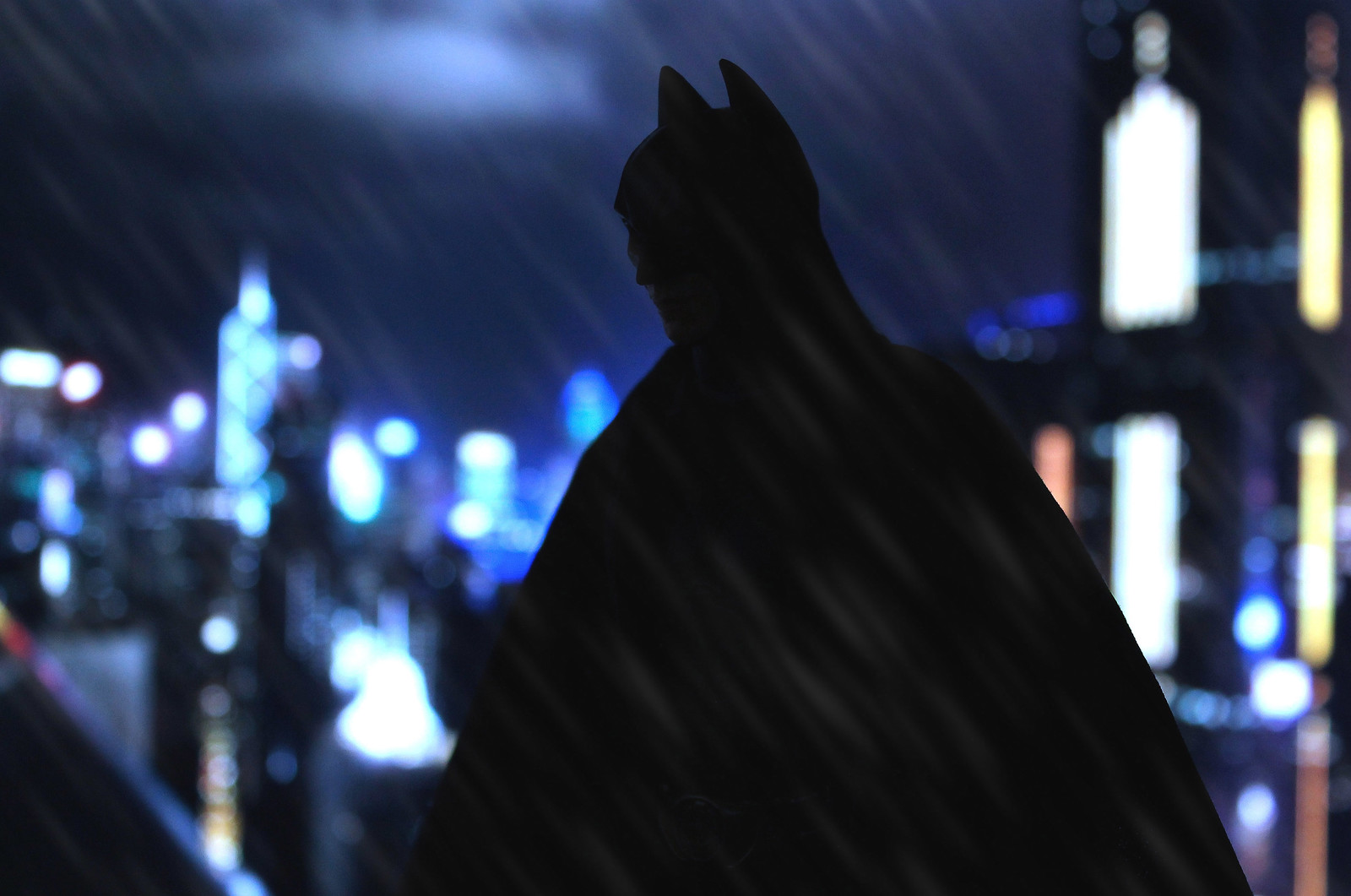 same here. That 2 pack is incredible. My favorite reveal by far.

I've been expecting a Hero Ash for some time, so I wasn't that surprised by it, but that Batman vs. Predator set is nifty!

As mentioned in the Neca Alien thread, I am a little dissapointed this year, as for Xeno stuff

The Predator collector in me is hopeing for NECA version of Machiko when I saw "Broken Tusk". Either in her black combat suit from the very first AvP comic arc, or as FemPred from "Three World War" arc.

The Ashy Slashy puppet was such a nobrainer to me, the moment I saw it in the AvED show 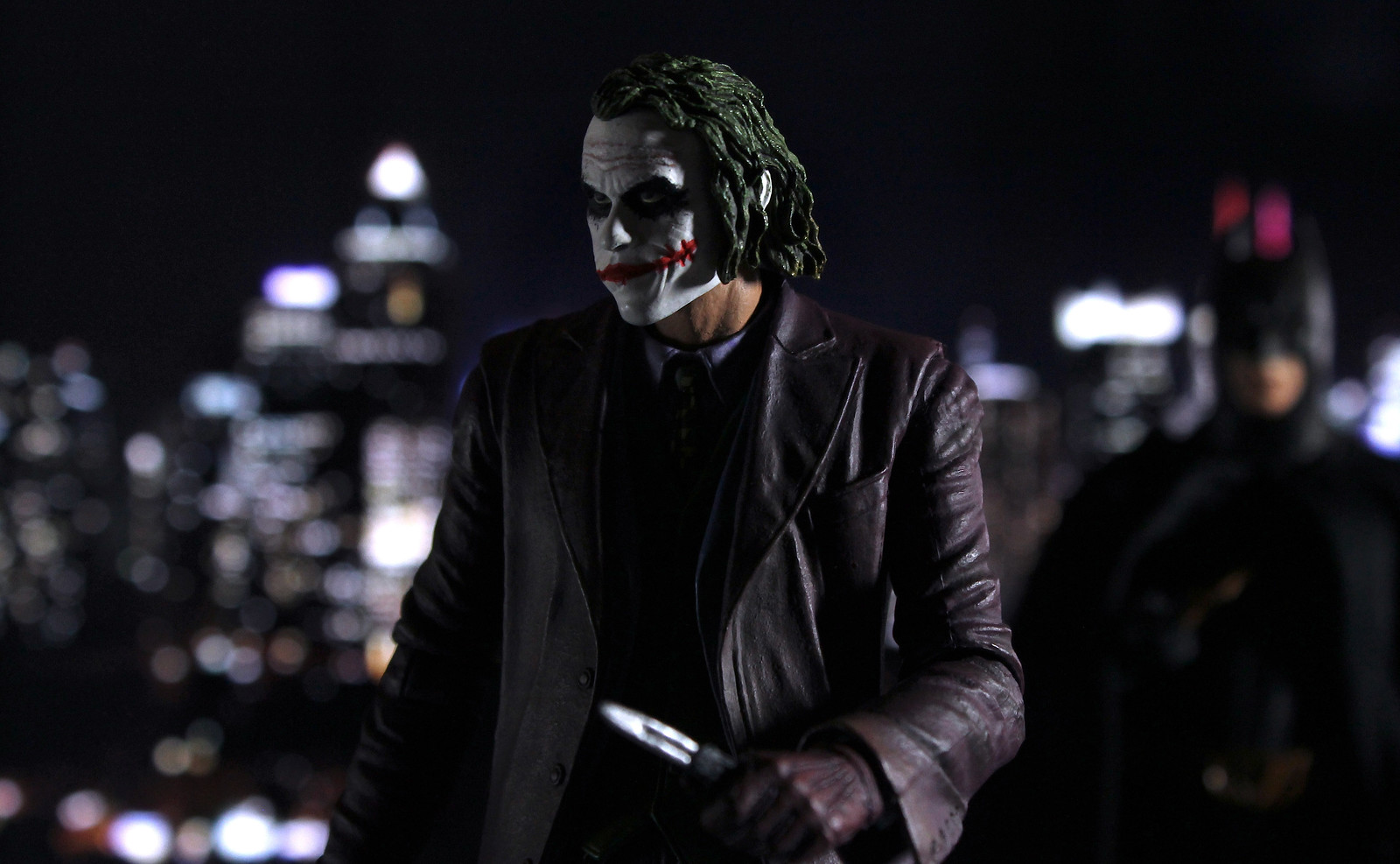 "Oh Good, You Made It!" by scarrviper, on Flickr 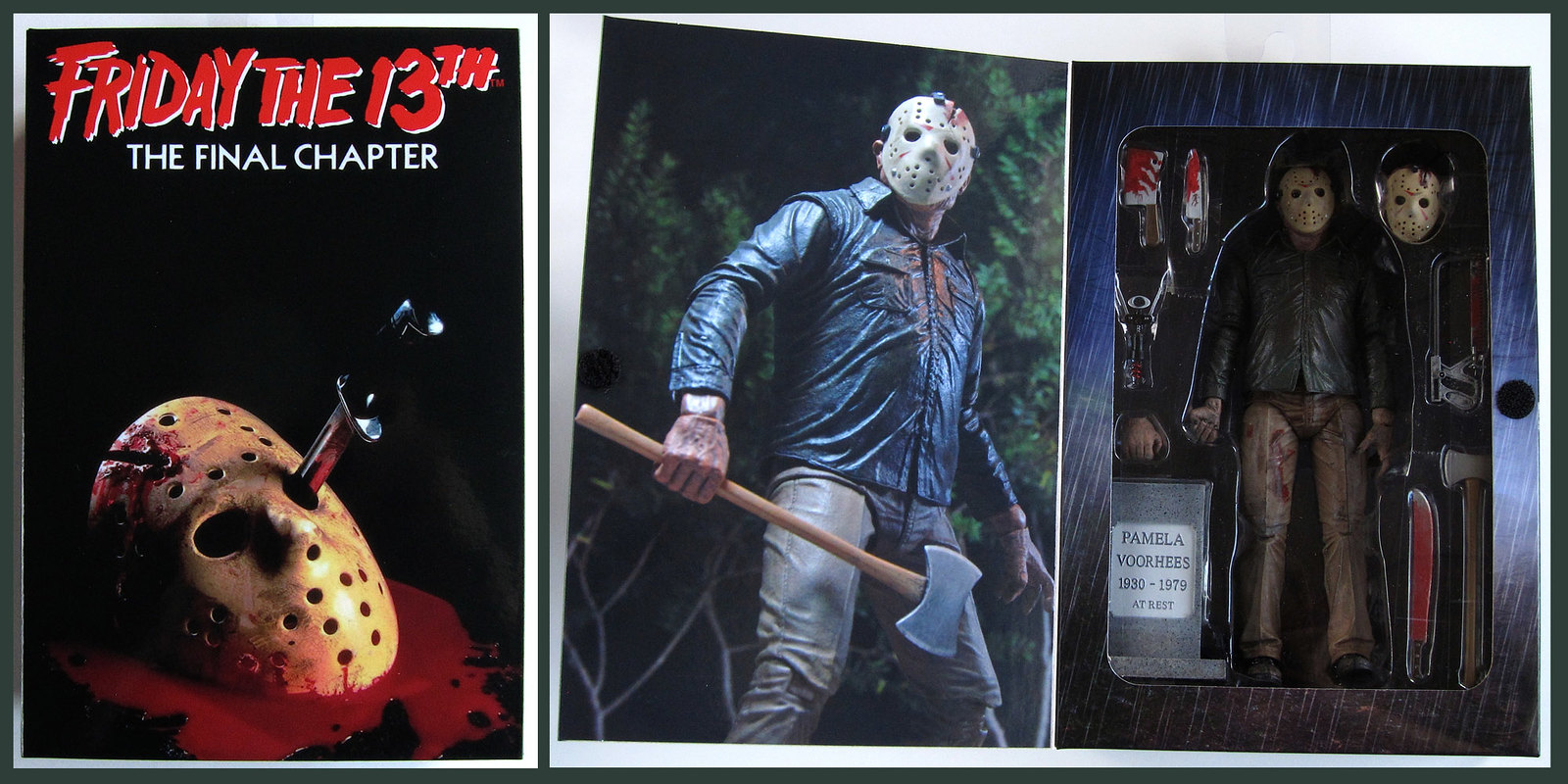 Ultimate Jason Voorhees Part IV by scarrviper, on Flickr
You must log in or register to reply here.