I wanted to start by showing off what I have out on display today. I am still in the process of moving stuff around.

I have other stuff in storage that I am working to get out in display in the room as well. I am in dire need of more shelves, but can't decide on how I want to set it all up. 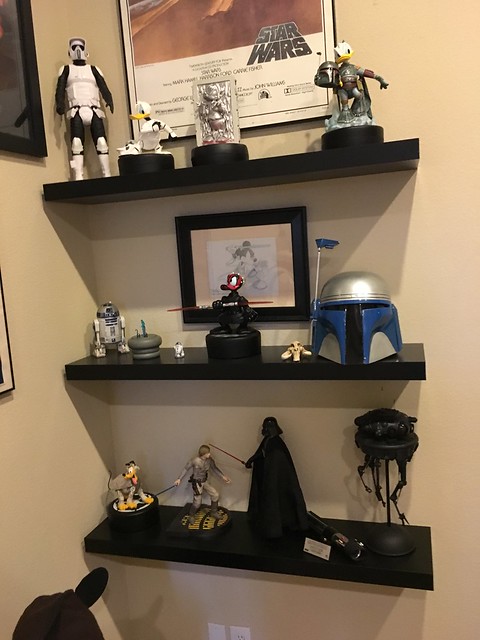 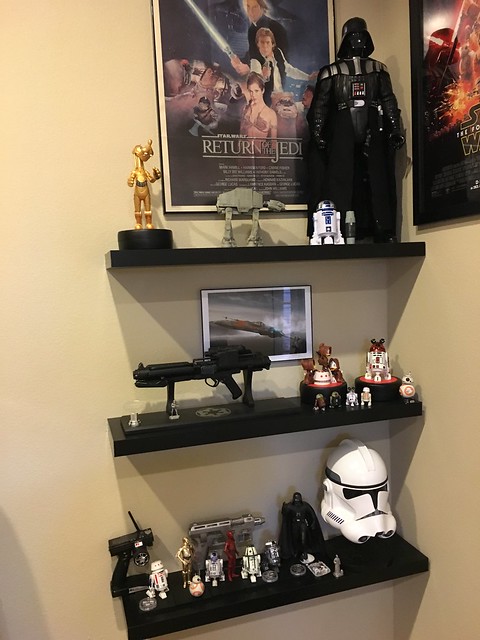 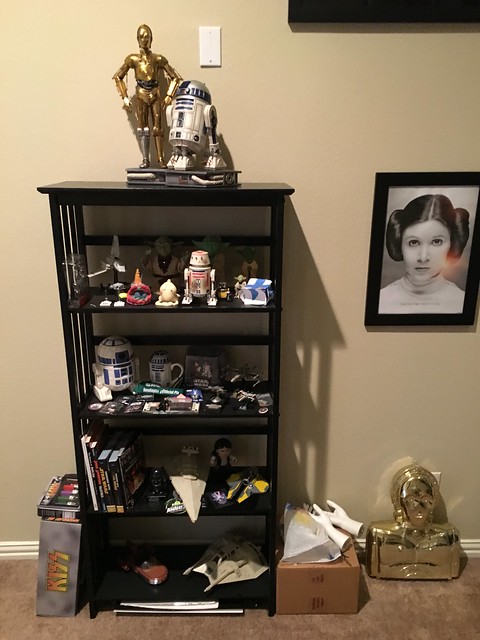 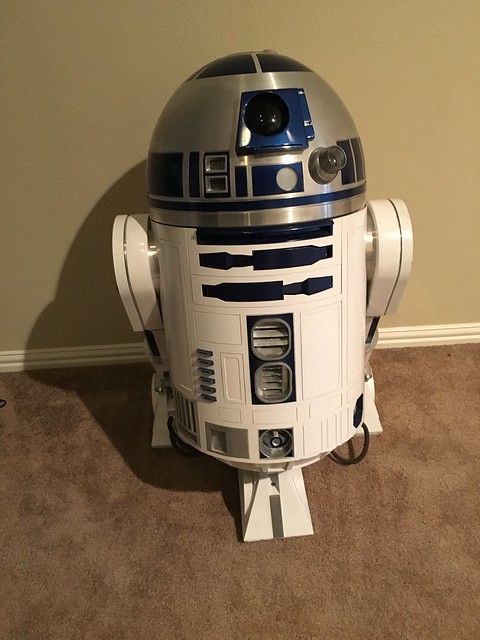 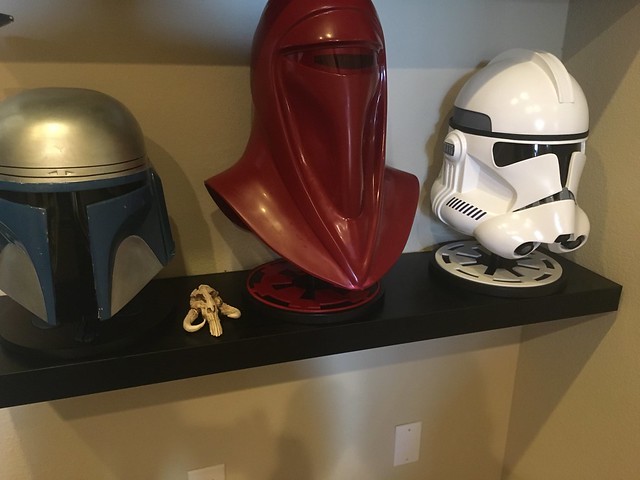 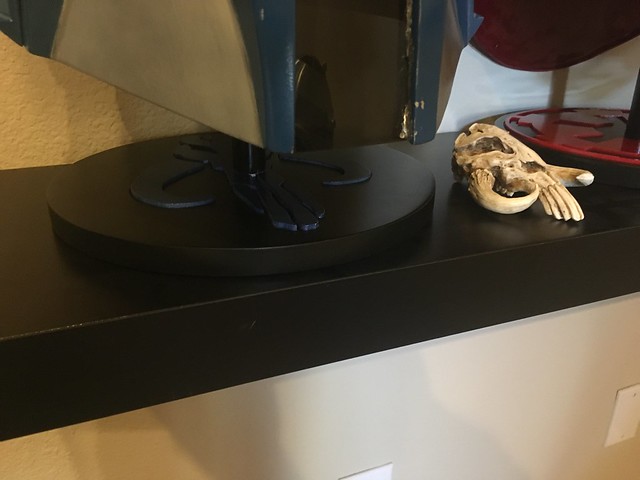 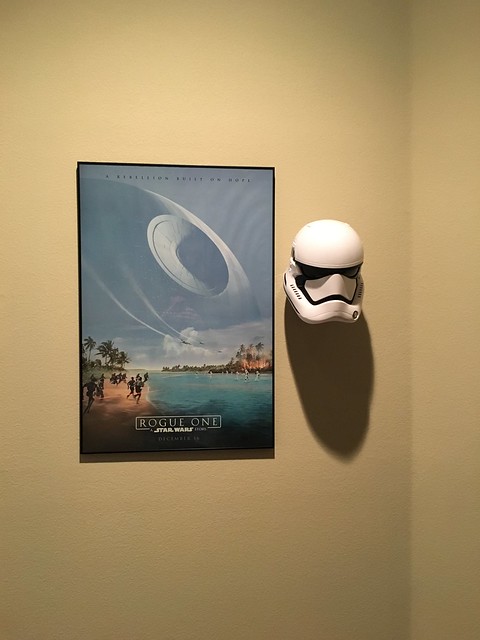 Very nice collection! I like the mouse droid, any pics with it? Who made the Stormie armor?
A

I believe the Stormtrooper is an AP kit. I bought it second hand and then put it together.

Here are some closeups of the Mouse Droid. I had a whole thread on the build at one time, but thanks to Photobucket, it's all gone now. 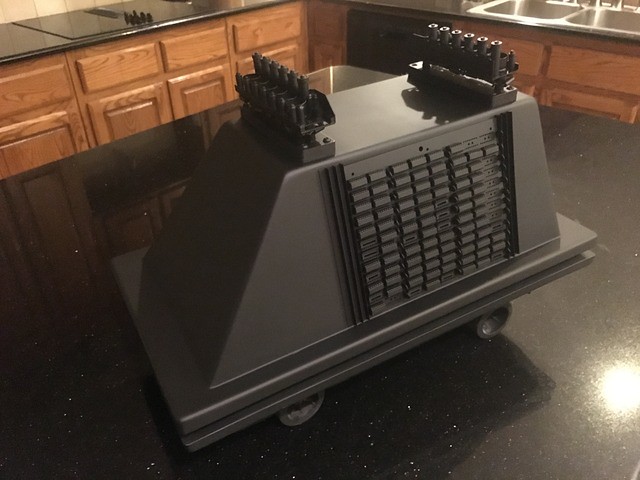 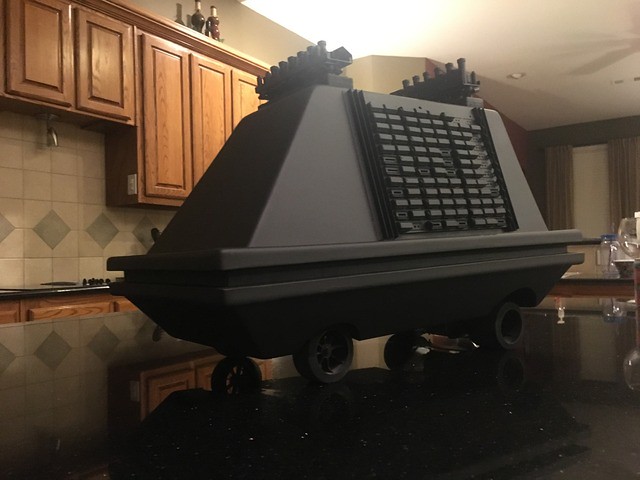 Thanks! I need to make a display for it so he is not always sitting on the floor. I'll figure that into the cabinets that I haven't built yet.

Thanks to Mr.FlavaFlave, I have a new addition to my room. 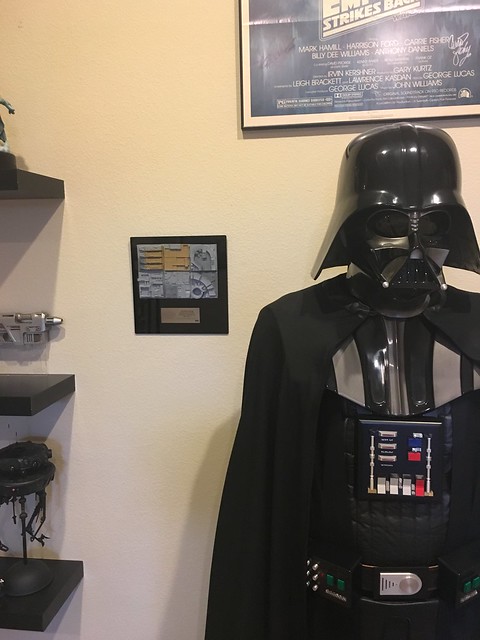 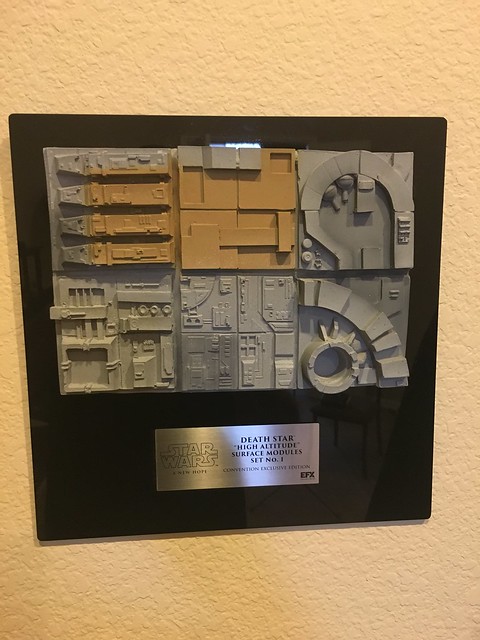 Great collection! Some cool pieces.
A

Thank you Obi_ and Sewbacca. It only took me twenty years to get to a point to have a Star Wars room!

What did you use to hang the FO helmet on the wall? I've been looking for something for a while now.
A

What did you use to hang the FO helmet on the wall? I've been looking for something for a while now.
Click to expand...

Nice Vader! Who made it?
A

rnbuda said:
Nice Vader! Who made it?
Click to expand...

Thanks! I put it together with parts from various vendors.

I found these over the weekend. I always wanted the Naboo fighter, but it may be too big for my room. I had never seen the Vader helmet before and it was a nice find. 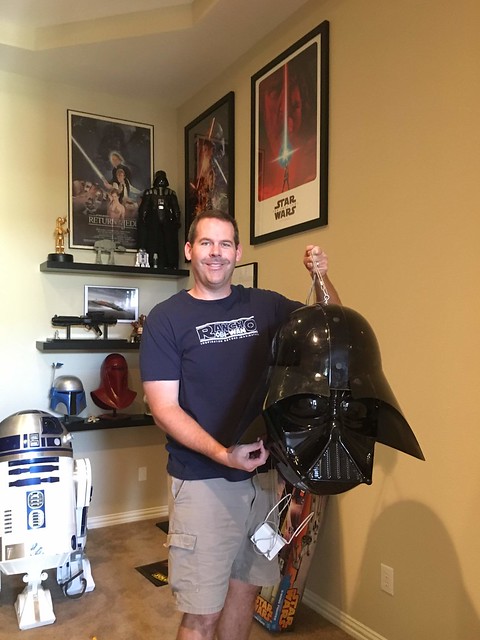 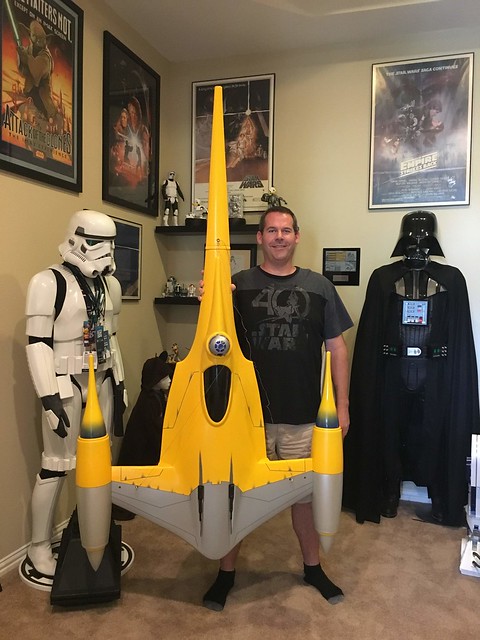 Sweet finds! The Naboo Fighter is from TRU, right? Not sure where the Vader helmet is from but it's pretty bad*****.
A

Its one of the ones they had for TPM promotion that hung from the ceiling of the store. In the same vein as they did the Ultimate Falcons from the SE release. The Vader was from TRU as well. I think it was from the SE release as well, but not 100%. The guy that was selling was a former TRU store manager. Had lots of unsold merchandise in his garage.

Thanks! The room is a constant work in progress. I am in need of more shelves to get other areas of the room less cluttered and be able to put more on display. A good room has good shelving!