soulydyes said:
Those are there to incorporate the spirit of my Father into the collection (he loved the Military Hardware and the F-86 was his favorite fighter). My Dad's the one who got me into classic war, Horror and Science Fiction movies ( a love I've passed one to my kids). My Dad was the one who brought me to see "Star Wars" for the first time and later to "Star Trek : The Motion Picture" at Mann's Chinese in Hollywood. He loved the Creature from the Black Lagoon and his favorite movie was The Day the Earth Stood Still. With regards to the latter, my father's dying words to all the assembled family around his deathbed were "Klatu Barata Nicto" (which is how he and his best friend from childhood would end their written correspondences and telephone conversations to each other). At first I thought it was a message for my Uncle Kenny ( which I conveyed to him when informing him of my Father's death), but I later realized he said it to me because I was the only person present at his passing who would understand the sigfnifigance of it, of all the things he could of said to all of us, he said something only that I would understand (I think he was forced to be a grounded individual, but found freedom through realm of fantasy). He never saw my collection, but he's a big part of it

My kids tell me that when I die they're going to mix my ashes with plastic to make a Star Wars figure of me (a Jedi with tye dyed robes).
Click to expand...

This is an incredibly touching story of your father, and I thank you for sharing it with us. Your collection is a legacy that I hope you will share with your family, and that your family will unreservedly share with you. You've shared it with me, and I'm grateful. Your fleet arrangements are simply a joy to behold, the care you invested in creating those arrangements to capture that sense of overwhelming density of ships, like that reaction we had to all the TIE Fighters in Return of the Jedi. A joy to see. Thank you.

Absolutely stunning display the amount of work and effort that went into your dio is amazing. Your detection earns my respect, great job. How did you hang ur vehicles? Fishing line? Also how do u get the fishing line into the ceiling? Hooks?

Thank you for the kinds words ReallyMe. I'm happy that you acknowledged the overwhelming sense of congested battle that I'm attempting to convey : ) I love so many aspects of the Star Wars experience, from the Joseph Campbell influence of George Lucas, to dressing up as Darth Mariner and Stag Vader for my son's Maine Maritime Academy Football Team and my daughter's high school Field Hockey Team, who had Stag Vader at every game. The Team lost in the last playoff game before the state championship. My daughter had the best year , being named as the overall Fall Female athlete by a local paper. I'd like to think that My Darth Super Dad Fan outfit helped out a little. My kids like it, I've already got the components for the Vader mascot for her college team waiting for paint.

Thank you coachvader, it is an effort of obsessive love. I think of it amalgamation of the ultimate Santa Christmas morning set-up, a Kenner toy commercial and the window displays I'd seen on Main Street Disneyland as a kid growing up just miles from Disney (even doing one summer on the Jungle Cruise - I derailed twice, once at Schwitzer Falls and the other at the Skull Canoe). The different shop windows had cool scenes from movies, much like the Cinderella Castle walkthrough, my favorite was the Black Hole windows, they were really nice and I believe animated.

The toys are all held with fishing line ranging from 8lbs-20 lbs. I use finishing nails and have also started to use hooks. This basement is not my permanent display, there is one more move to come and then I'll add all the accessories, I have totes of full of them. My black lab can take out an army with one wag of her tail : ) 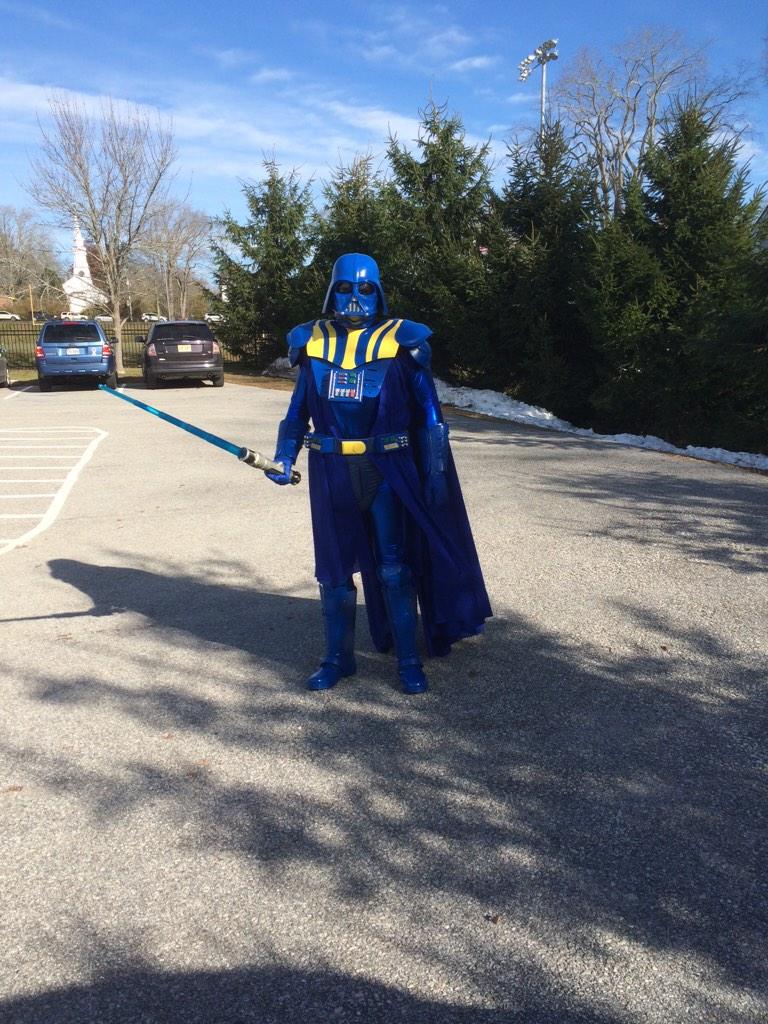 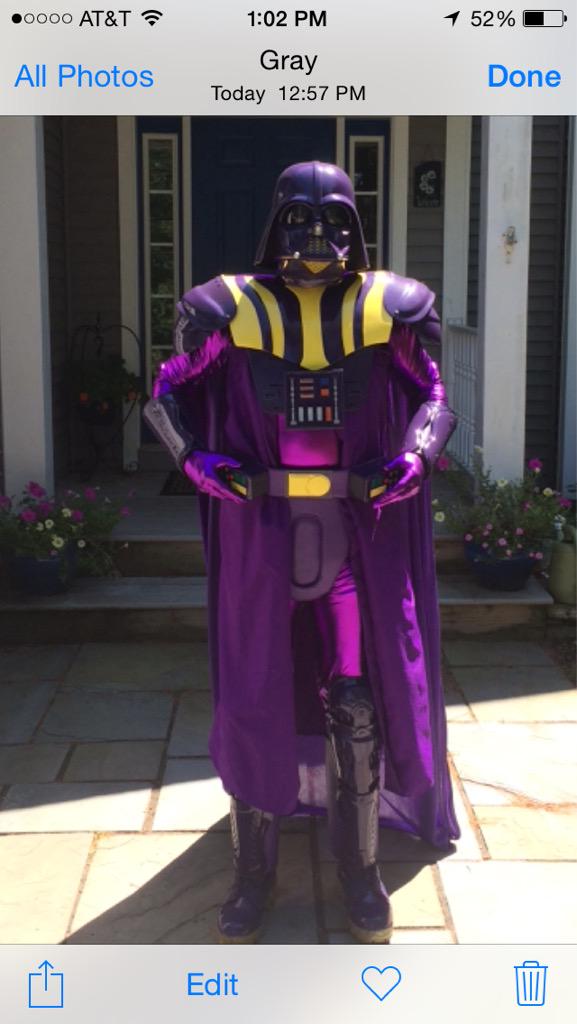 I changed my Rebel Squadron hanging over Endor. I added 2 more X-Wings, rearranged the Y-Wings and moved the Rebel Transport to Hoth with the other Rebel Transports which I really like

Here's my test you tube video, my Endor set-up is near the beginning and the Rebel Transport that was removed can be seen next to the Falcon: https://m.youtube.com/watch?v=rcEhHr5QHG4
Last edited: Dec 3, 2015
D

Wow, amazing job! I have a question, what's the best way to hang ships from ceiling? I'm gonna hang a few that are kind of heavy and have never done it before... Any help would be appreciated

darthjaybay said:
Wow, amazing job! I have a question, what's the best way to hang ships from ceiling? I'm gonna hang a few that are kind of heavy and have never done it before... Any help would be appreciated
Click to expand...

Clear fishing lines are rather discreet. If your ships are heavy ask for some strong ones.

Awesome collection man!
Love how it is displayed in a museum-like way for good viewing pleasure.

I like the Endor scene personally.... all those Ewoks!!

I updated my collection video. It's just a quick overview, I'm going to do dedicated videos of each display in the future. I still have a few hundred phase 2 clone troopers to set-up, but this is what I've got so far since I started my large scale displaying in 1999 : )

This is phenomenal. I don't know how you managed to fit everything together so well. Very dynamic and energetic!

Thank you very much : ) Happy Star Wars Day ! I thought I'd share the love at work this morning : )

I added a new video of my Endor diorama from The Return of the Jedi. In my version, the Wookiees are on Endor giving the Ewoks and Rebels a hand. The forces of GI JOE are also in on the assault on the Imperial Bunker

Revenge of the Wookiees

Bumping my collection link ( youtube at the bottom of my signature) : ) I'm going to post some new videos. Every time I go downstairs with the intention of making a new video, I end up playing with the toys instead : )
R

That is crazy! So much detail. So when setting it up did you ever knock a figure over and it start falling like dominos?

Hey Now : ) I put out a new display video featuring my Death Star. Hope you're all well. MTFBWY