Those all look awful. More junk clogging the pegs that wont sell. I dont think this will last beyond a few waves and 7" DC will be dead until another company picks it up. Just my opinion, if you like them, go for it.
C

The more I look at them the more I warm up on them. I'll definitely grab Nightwing because he's one of my two favorite DC characters. I really like the colors on Batgirl and Batman lools better than I initially thought.

But also, I think the Spinmasters line looks like it could be fun and for under $8, it's worth it to find out for myself.

These figures are HUGE!!!! Picked up a Supes/Bats heavy handful at WM straight out of the Spawn boxes. Not much bad to say about these guys. I've already modded a little bit trimming the hairline on the necks of the Superman figures for better head tilt. Fabric capes on the way for sure for some of these.

I picked up the McFarlane BTAS Batman today at Walmart. Even though it's really the TNBA design with a BTAS deco, I must say I really do like the figure a lot. I had some concerns about McFarlane's quality control after buying some of their Halo figures in the past, but I'm so far satisfied.

I will definately pick up the Hellbat, Arrow and maybe the JLU Green Lantern next time.
Q

I plan on getting all of these figures when they show up at Target. I’ve been watching a lot of YouTube reviews and like what I see. The only thing I didn’t like is how small Batman’s head is.

I have Batman, Superman, Nightwing, Batgirl, and Batman Who Laughs. Superman is definitely the best looking mass retail Superman released. Batman is a fantastic figure....not a huge fan of the head though. I'm still thinking about replacing it. The articulation and build quality is solid. The don't feel like they are going to break like DCC and they don't feel as cheap as Mattel's stuff.

They also have this weird quality where they are better in hand. I was mixed based on the promo pics, but in hand...these are just fun. They feel like Toybiz ML...where everything had a unique sculpt and there was care put into the paint apps. And the value is there. I mean $26 for a vehicle??? And look at the size of the armored figures for $20.

I think this line is going to do really well. They have sold out regularly online and in stores I'm just seeing Harley and GL. Everyone else seems to be selling through after only being officially available for a few weeks. This line will do well over it's 3 year run and Todd will get his contract extended. Then things will get nuts.

Maverick10126 said:
Then things will get nuts.
Click to expand...

I agree. I have Batman and Nightwing and not only do they look better in hand (and feel sturdy), but they're also figures I like to keep picking up and trying to find different poses for. They're a lot of fun.

The only ones I can find anymore in stores are Arrow, Harley and Batman Who Laughs. I almost bought arrow twice because my experience with the two I have have been great and I've never even watched an episode of Arrow.

Todd did an interview with Jay from Toynewsi and he said they're working on wave 2 now and there's a large character in there that he keeps saying needs to bigger and the packaging peopleneed to find out how much shelf space they're able to use. I think it's either Bane, Solomon Grundy or Croc (but hoping for Swamp Thing). There's a LOT of value in these figures.

I imagine we will see wave 2 at toy fair this month. Almost guaranteed we see the Birds of Prey movie Harley figure. She was supposed to be in wave one as indicated by the back of some of the packaging.

Other rumored figures are....

Another build a Batmobile assortment

In another interview Todd also mentioned "White Knight" as something we see in wave 2. So it could be any character from that comic.

Interesting that there's no word on a Cheetah figure yet - that's the one I'm looking forward to.
C

Since the Arkham figures seem to be Wal-Mart exclusives, I don't think they'll be considered Wave 2 figures.

I'm very curious if it'll be a TV, Movie, or Comic Flash whenever he does get released.

Arkham Batman and whatever (hypthetical/inevitable) Catwoman, Robin, and Green Lantern figures are the ones I'm looking forward to. And of course, a Swamp Thing. I don't even care what version, just that we get one.

I think we need to change how we view waves with McFarlane. It wont be quite as simple as we are used to from Hasbro. For instance, I'm pretty sure this wave one consists of something like 6 assortments. Theres a Superman assortment (Animated and Comic), Batman Assortment (animated and comic), Build a Batmobile, Armored, Animated (GL and Harley? I could be wrong about this one), and general multiverse (Arrow).

I could be wrong but that's what I'm hearing. So "wave 2" may not drop all at once. We might get wave 2 of Build a Batmobile at a different time than wave 2 of Superman. What I've heard is that this means new figures might come out more frequently....but only like 2 at a time. I'm pretty sure he does this to track sales data better as he can see which assortments stores are requesting more of more frequently. If stores keep ordering more of the 2 figure wave 1 Batman assortment he knows both of those are a hit. He doesn't have to guess from an entire wave of 6-8 figures which ones are selling and which ones aren't.
C

I think youre 100% right about it not being traditional waves. Last week I saw a post on Instagram about the Amored Superman, Hellbat, and animated green lantern starting to hit and it was phrased in a way that made it seem like they were basically "wave 1A". Plus, movie Harley is apparently advertised on some packages already, but she has definitely not been released yet.

Also, I saw a picture on Instagram of The Batman variants today. Both Animated and Comic have a Blue/Grey color scheme variant. Of course, now that I've decided I'm actually DO want the BTAS figure, I'm sure I'll only be able to find that variant now (It looks weird because that's not how he was colored on the show, so I don't want it).
C

Arkham Batman and Arkham Joker look really good. That joker will probably the the definitive one from this line for me.

was able to find the complete wave of McFarlane DC Multiverse Batman wave at Gamestop the other day. these looks awesome and the buildable Batmobile is a nice touch. 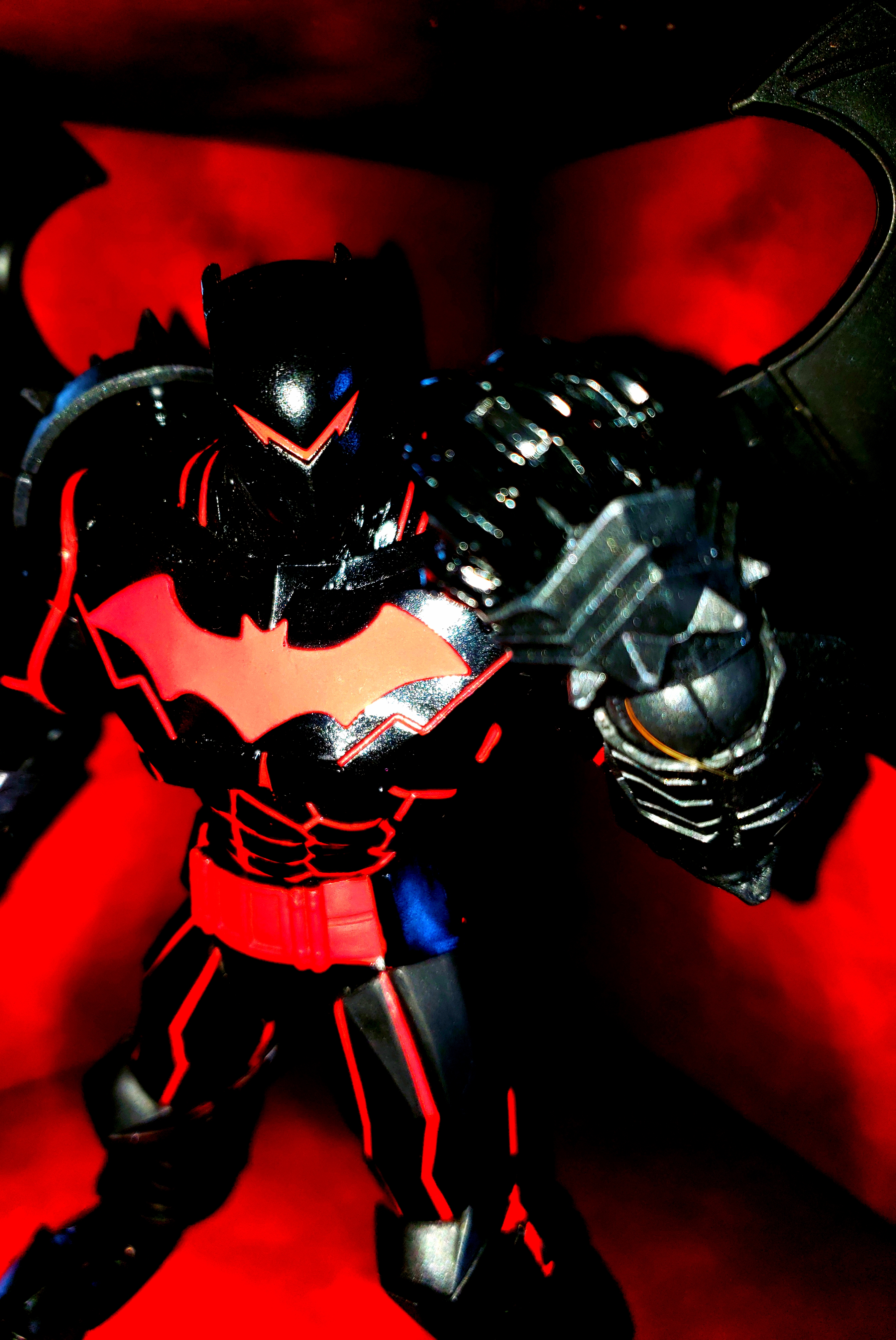 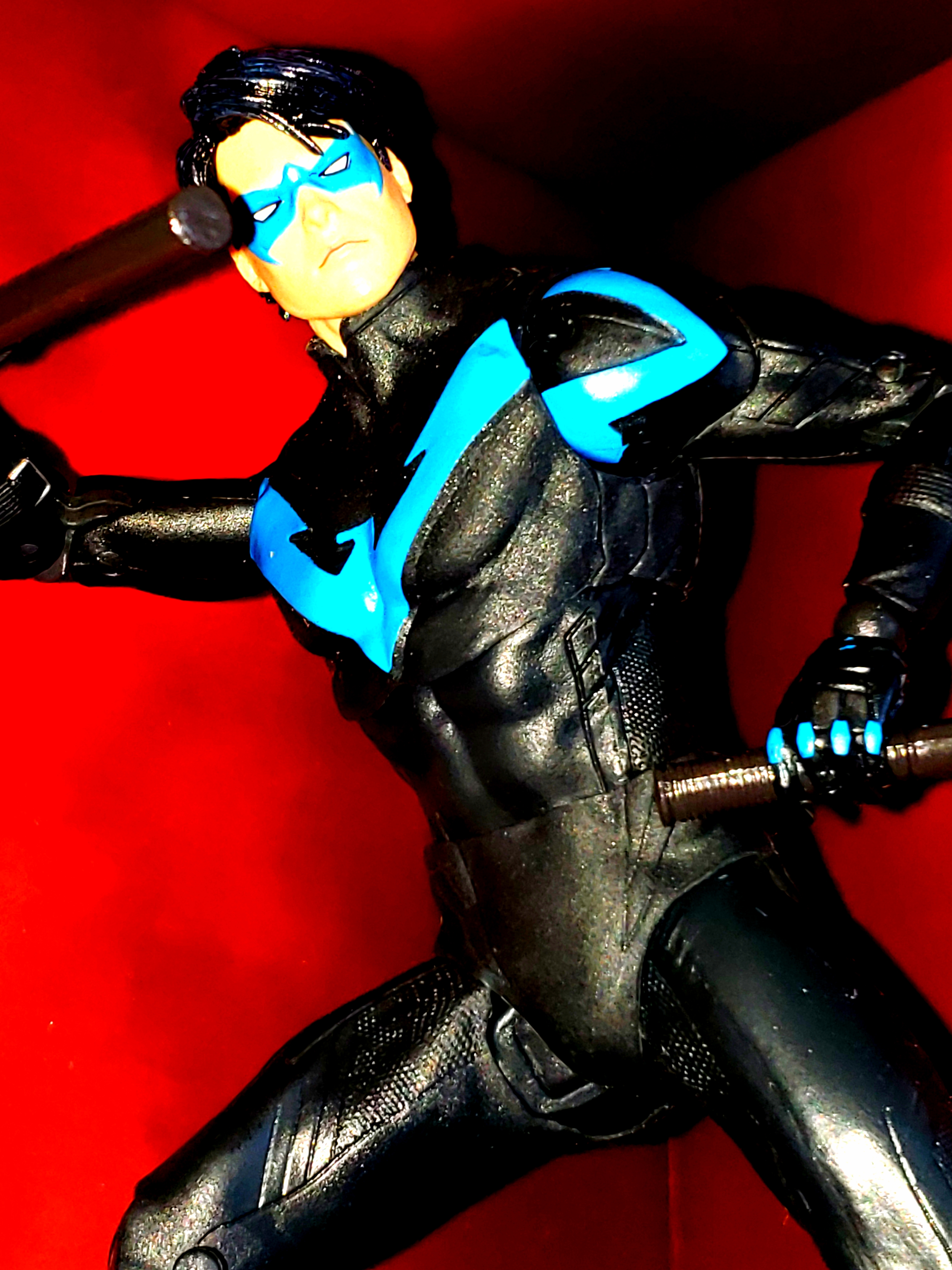 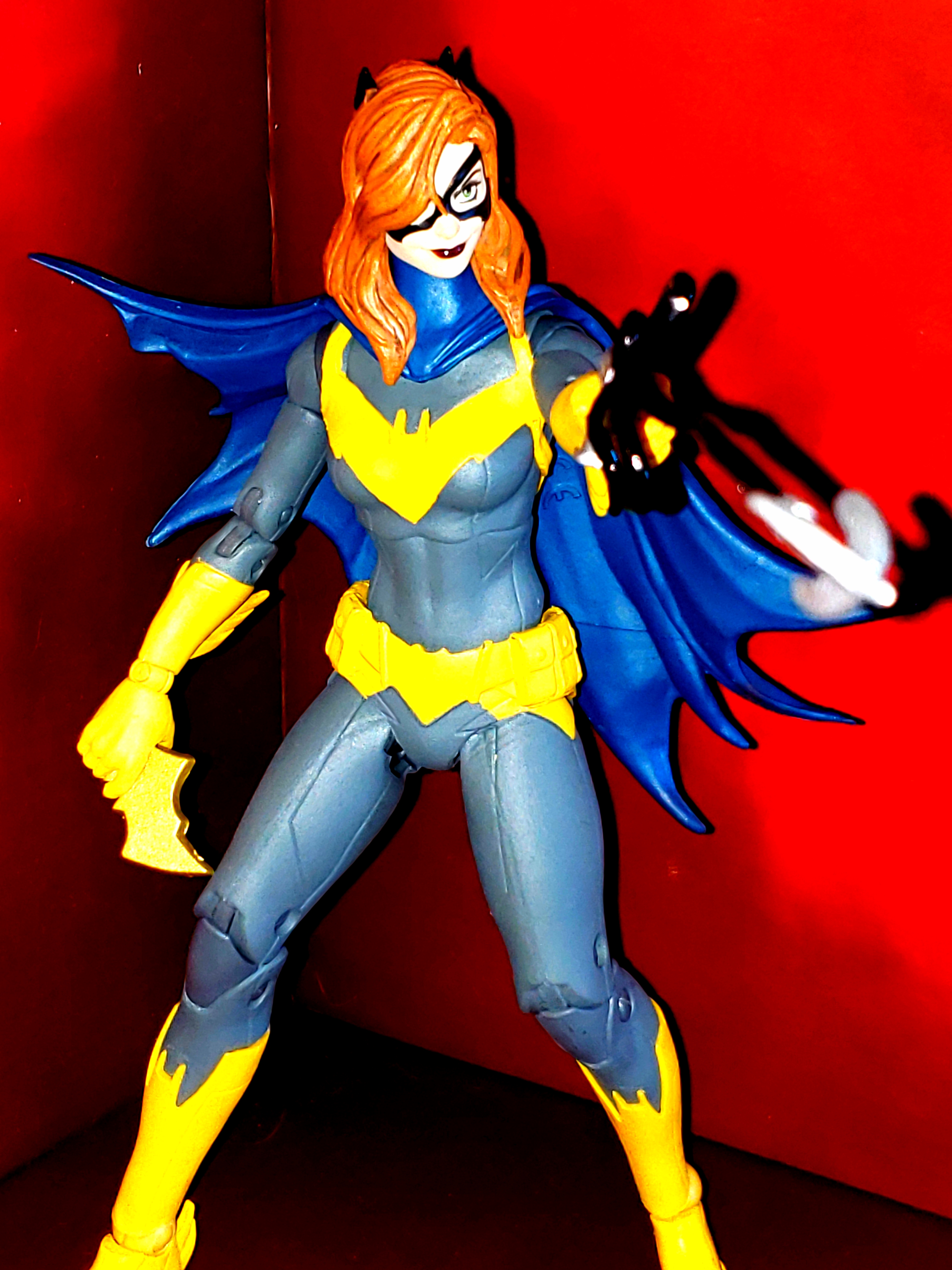 THE BATMAN WHO LAUGHS 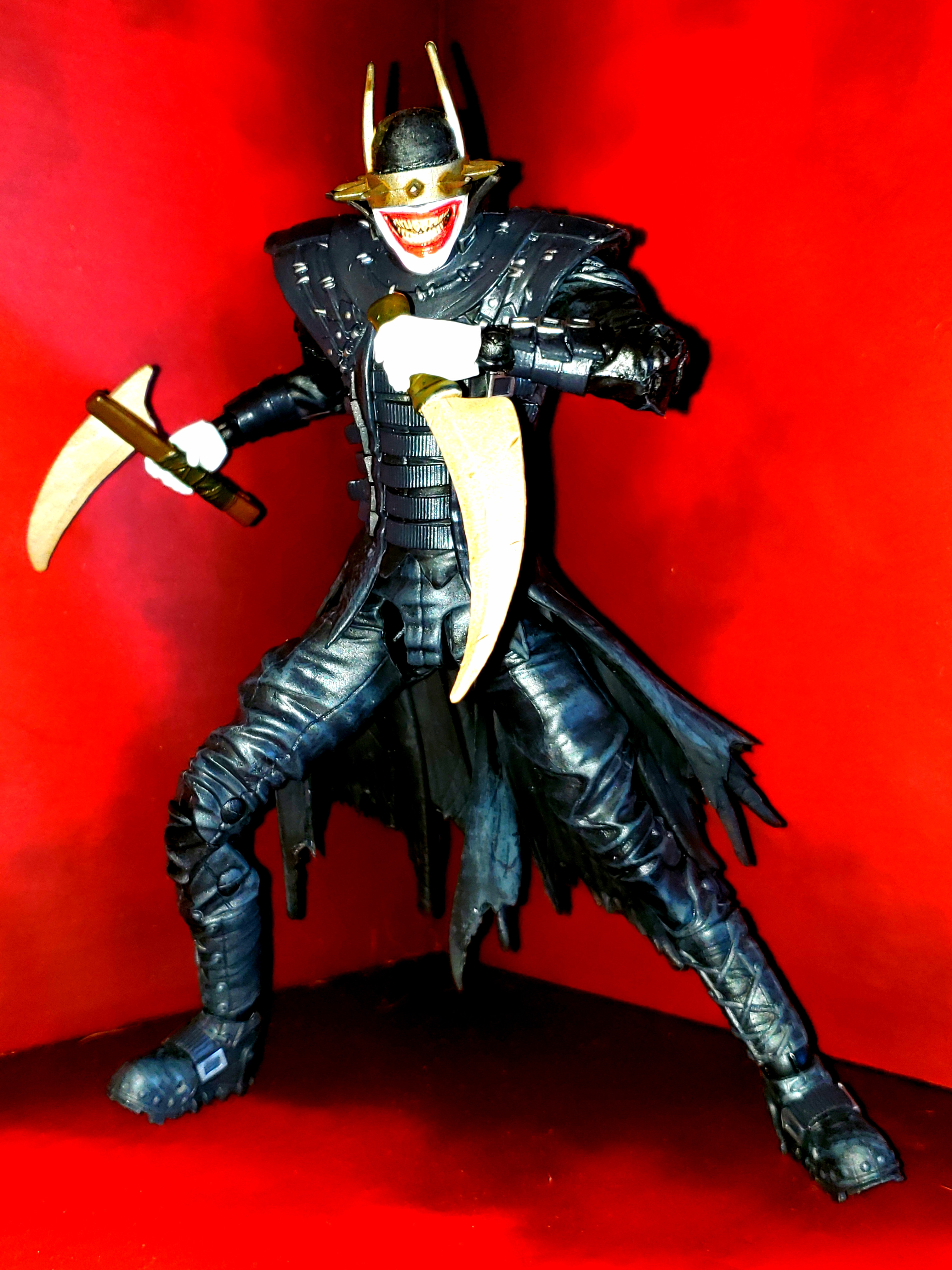 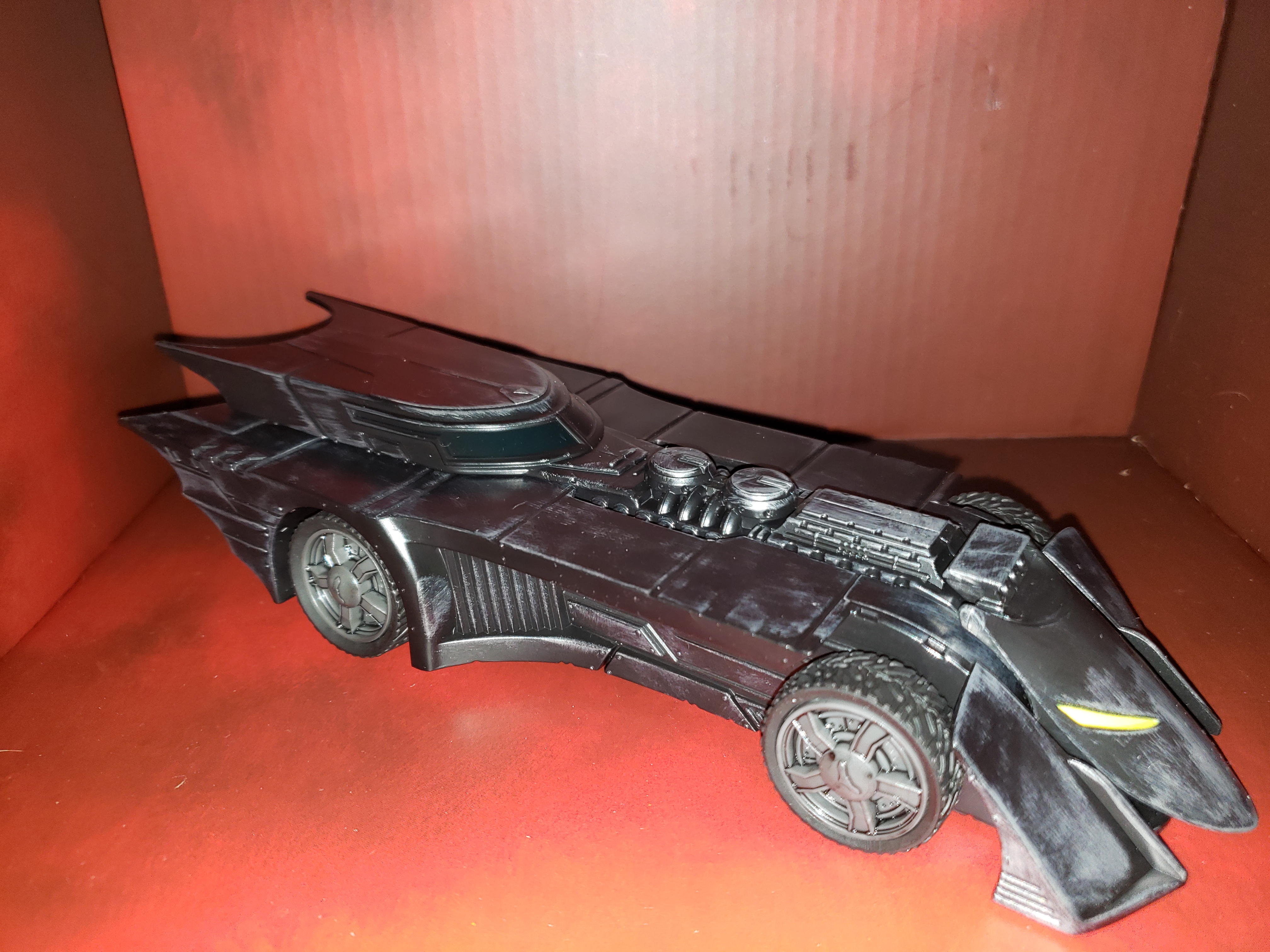 I know it was weeks ago, but of the new stuff revealed...I'm pretty much down for all of it except Gold Armor WW. I really hope the line expands beyond Batman and we get a proper Justice League. I'm mixing in DC Essentials figures in to help get me there but I know I'll be selling them off once I get replacements from Todd.