Here's a look at the new Resistance figure Major Vonreg (voiced by Lex Lang), who'll be purchasing this figure? 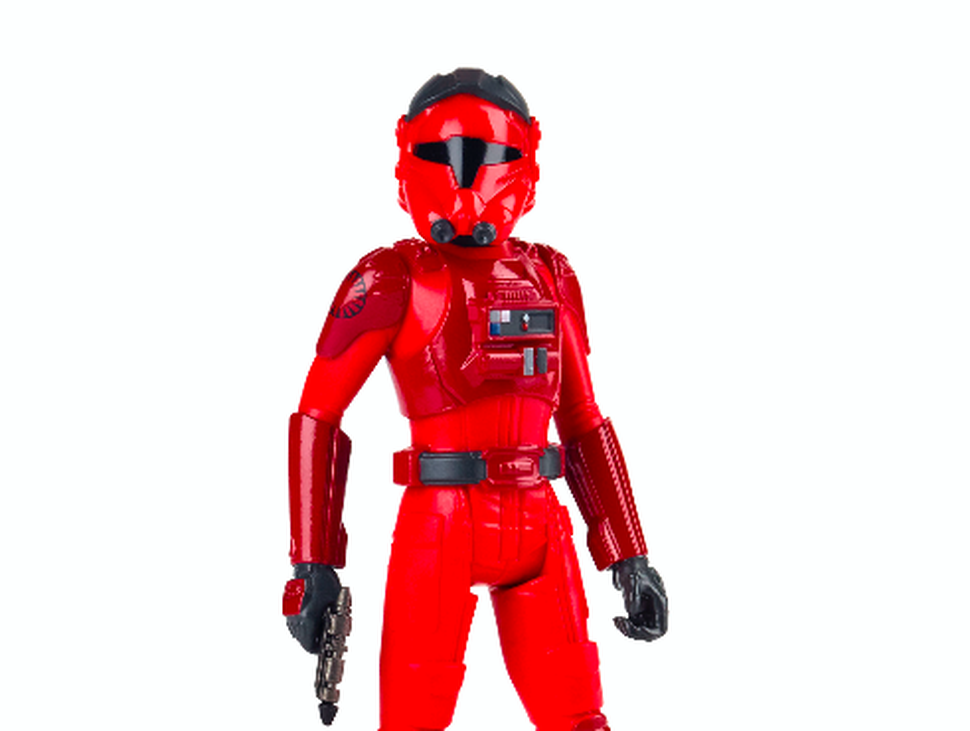 Might get an extra for a custom. The helmet visor is reminiscent of a Phase I Clone pilot.
T

Definitely getting this...has an awesome "Tron" vibe/tone that I like. And I told myself that I wasn't going to collect another line....arrgghhh....LOL.

I’m up for it! It looks like it would fit in well enough with “realistic” style figures. And I’m up for any new 3.75 offerings.

I may not like the new "canon" but I like some of the designs Disney's been doing. This one is going to be a must. It's like a cross between a ERG and a TIE pilot. And the helmet is like the Clone Commandos. :{J

Out of all the Resistance reveals, this is the only figure that grabbed my attention - it looks like an old EU mash-up, which I dig.

Recently got this one from Amazon to add it to my Sith trooper lineup. They are showing up at 5 Below nowadays as well.

Yeah I was lucky enough to order this one online, only wanted it for the helmet though. lol
Definitely wasn't gonna pay the $9 +SH for him.

I picked up a few of the resitance figs for fodde when they were cheap at Walmart, mainly Spaz and Sinara for the head. Wish I could have found another Yeager for cheaper.

Edit: I just noticed that he isn't the same shade of red as the Sith Jet Trooper.

It’s ok, even the rebel pilots have different shades of orange

I really like this figure along with the rest of the Resistance line. The only one I didn't end up getting was the Poe/BB8 set. Honestly this cartoon was the best media released from the ST era (and that includes the last 2 movies).

The cartoon was profoundly vacant, and added virtually nothing to the SW universe, that's why I had no interest in the toy line. With CW and Rebels, I was genuinely interested in the characters - never had that feeling with any of the newly introduced characters in Resistance. I think that's what drives action figure sales as well. Vonreg was the only figure I picked up, and that's mostly because it reminded me of something that could have appeared in the old EU. I would have much preferred the universe line from Solo stuck around instead and gave us some basic TROS figures.

If I find it for a good price I'll pick it up. I like the idea of using it as a Royal Guard pilot in my Imperial customs I'm wanting to do.

Not as off color as I thought.

Masterfett said:
Not as off color as I thought.

Nice, is that the body of a Jet or a Sith trooper?

The Jet Trooper, it has the removable chest/jet area. Although I'm having a tough time finding a replacement for Vonreg's chest gear, the AT-AT Driver's is too large as is the Clone Pilots, not that they even remotely look the same. Too bad the TIE Pilot doesn't have removable chest gear.
You must log in or register to reply here.
Share:
Facebook Twitter Pinterest Email Link
Top