Presenting the Mobile Infantry Specialized Transport (or M.I.S.T.) Assault Vehicle. The M.I.S.T. was developed for use by a single infantryman, yet carries conventional firepower of a larger vehicle, thanks to two wing-mount plasma cannons.

The M.I.S.T. features dual repulser units on either side of the main body. These repulsers are keyed to an onboard computer which monitors the gravity of the world it is being used on. This synergy allows a single infantryman to take off and land, with the M.I.S.T. weighing no more than a standard field pack.

This particular M.I.S.T. unit has been customized in a forest camo, for use against the droid armies attacking the world of Kashyyyk.

The M.I.S.T. also has twin duct-jets above the main body, that allows for easy manuevering by the infantryman-pilot. All controls for flight and weaponry are mounted on the two hand units at the front arms of the vehicle.

The M.I.S.T. has shown itself as a valuable addition to the armament of the Republic and should serve us well in the future.

I like the camo paint job on it. My only suggestion would be to also paint the propellers. The blue makes it stand out too much IMO.

Nice idea on the vehicle.

Thanks for the great comments...

for those wondering, the original vehicle is by Mattel: 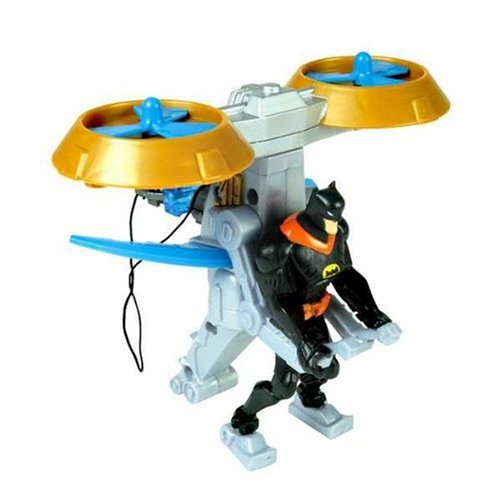 For the modern clonetrooper at work or play. You’ll never be late to another genocide again with your Mobile Infantry Specialized Transport Assault Vehicle.

Pretty cool, reminds me of the last vintage mini rigs.

Leader said:
For the modern clonetrooper at work or play. You’ll never be late to another genocide again with your Mobile Infantry Specialized Transport Assault Vehicle.
Click to expand...

I d like to add:
Now you can pulverize your enemy's into the next universe , without getting your armour bloody and dirty . Fly safe above and create the devastation without the messy after action clean up .


I want to buy 10 of these babys just on the sales pitch alone . LOL

Really nice idea .
Nice back story .
Like the name M.I.S.T
Great application for clones and the at-rt driver
It all works really well .

I did this custom for basically two reasons:

B- I was getting tired of my AT-RT driver not having anything to drive.

Thanks for the comments guys.

I like the use of that Batman flying thing and the camo paint! Really cool!! BTW is your AT-RT driver know how to fly this thing? AT-RT's don't usually fly excepting the time they explode

Nice camo painting. Looks good and has a very vintage feel to it. Good stuff!

Thanks for the kind comments... I really appreciate them.
D

i do wreckon this'd make a great CIS hover vehicle, it just reminds me of the ones in ROTS the video game, the flying droid things. And with the new camo droids out it'd go quite well together considering yer current paint app for a crackin' kashyyk dio!

either way its still pretty ace, lots of potential here like *coughcough*fitzkrieg get in there!*cough*