Here is the sneak peek at the Luminara Unduli & AT-RT Driver set: 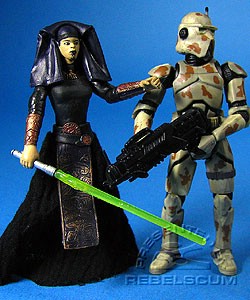 Figure facts:
Luminara is a repaint. She looks like she did in the comic before she was killed, so that's good.

AT-RT Driver is a repaint. It's too bad this figure isn't more popular, because it's a nice figure. But this color scheme is boring.

I've always loved the at-rt helmet, but it's the shoulder and chest armour that is some how off....it just bothers me.

The helmet is not as bulbous as in the film

either way--this set and the choi/barc trooper are the only ones I'll pick up at full price.

the rest will come if they do hit clearance.
O

Pass. My AT-RT drivers from the AT-RT Assault Squad are enough, thank you. This one looks about as bad as Yoda's Camo Clone in the original Order 66 line.


CantThinkOfAName said:
Pass. My AT-RT drivers from the AT-RT Assault Squad are enough, thank you. This one looks about as bad as Yoda's Camo Clone in the original Order 66 line.
Click to expand...

?? this paint job looks better than the other 2 you just mentioned. Those were atrocious!!!

As much as I like the AT-RT Driver mold, this set is easily the weakest of the wave.
E

Which Luminara is more film-accurate?
D


ETAndElliot said:
Which Luminara is more film-accurate?
Click to expand...

In principle, the first one (the ROTS one) is more film-accurate but I recently noticed that Luminara's clothes are (or look) darker than what the ROTS figure wears.
However, this one is supposed to be comic-accurate...
O


bikerscout said:
?? this paint job looks better than the other 2 you just mentioned. Those were atrocious!!!
Click to expand...

Quite honestly, I think most of the AT-RT repaints have blown except for the original olive green/tan ROTS one and the all white one. This one and the AT-RT Assault ones look horrible as well, but at least the Assault ones match their semi-badly painted AT-RTs.

I'm disappointed that Hasbro didn't use this opportunity to give Luminara her Jedi robe that she so desparately needs. 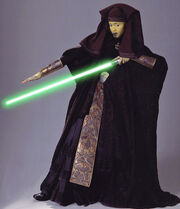 Why does Hasbro have to release all of these different color schemed Kashyyyk troopers? Can we have some consistency in our ranks, please? Still, I have to buy this for the Luminara; I missed her the first time.
D

I don't have a Luminara. So I am buying this for her. But that AT-RT Driver is well ... a little lame. I'll consider him a free pack-in. XD
N

So, unless I missed something and threw it out with the packaging (wouldn't be the first time), does the AT-RT driver NOT come with the battle damaged removeable chest armor, nor the strap for his SGT Apone gigantor weapon?
?

These are all going to be added tomorrow, but here's a few more preview photos until then....

This Luminara figuere looks great and so do the photos.I'll probably get this figure set as one of the last that I get as, although the figure looks nice, I am not that big a fan of Luminara Unduli.I much prefer Barriss Offee!

Okay, I'm all done! It's time for the FORUM SNEAK PEEK!!

Luminara Unduli & AT-RT Driver are now added to our Photo Archive! It will be posted later today, but as always forum members get a sneak peek!

This set's Luminara looks OK but the AT-RT Driver looks to be well done!

Wow, thanks for the update and pictures! They're really great - being in the UK, I won't see these figures for ages, so it's good to see what I can look forward to.

I'm in two minds about this set though, I mean the Luminara looks great - the paint job is superior to the ep3 one - so it looks like the Episode 2 outfit (like the 'Saga' one, only not in an 'unleashed' style pose). But the clone looks bland. The Kashyyyk clones don't match up which is a shame. But then again, it's still better looking than the yoda clone in the last wave of order 66 packs. 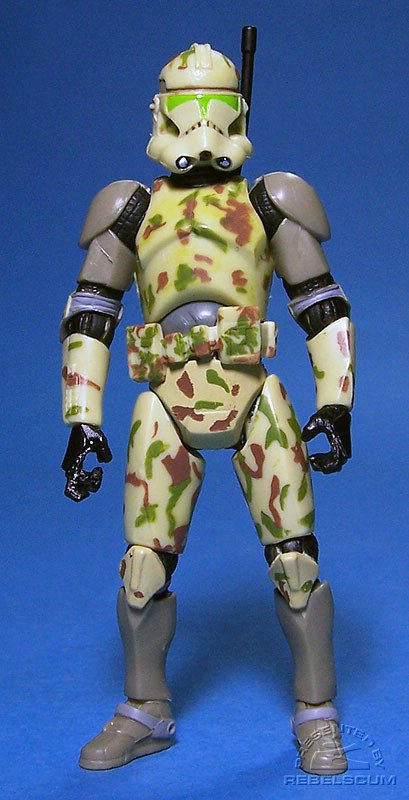 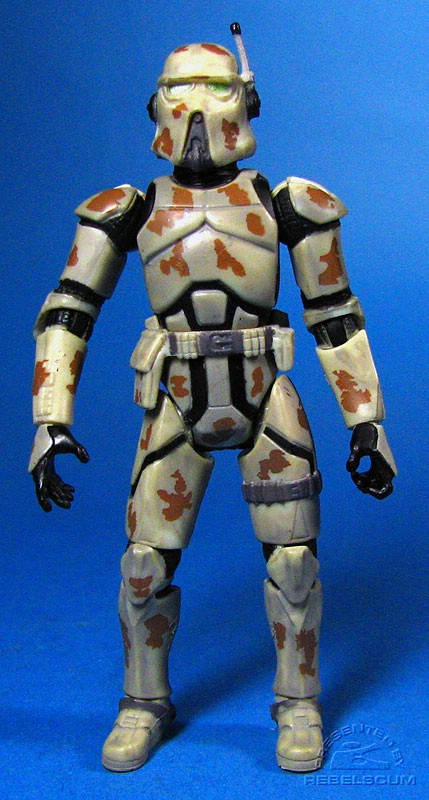 Paint job isn't as bad as last year's camo trooper but still not convinced. Would be interested to see this year's paint scheme on other sculpts like airborme or GM though. Could be interesting.
D

You do such a great job on the photos Curto. Can't wait to pick this one up for Luminara.
G

I wasn't intending to get this, although I thought the Luminara was a repaint that represented an improvement over the original and I like the AT-RT driver sculpt. So when I saw it on the endcap shelf I was very impressed by the appearance of both figures in the packaging. The clone in particular looks more menacing with the way that the vision slits in the helmet are painted.

Overall this year's Order 66 seems to be an improvement over '07 even though I'm skipping the ARC sets.

I know some are skipping this set, but personally I was excited for its release. The Luminara is more screen-accurate, and her home-made Jedi robe looks much better on this incarnation versus the 2005 version:

Quite simply, her robe is the Palpatine robe with sleeves pulled in, then pulled back out slightly to give them a poofy, billowing effect. Also the hood was tucked inside the robe and is well-hidden under Luminara's headdress. The best part - no irreversible surgery on the robe was required.

Nice job, Pizza! Now that you've given me the idea, I may very well do that myself.
D

Opened mine up last night. I love her! What a great figure. She even feels elegant in your hand. I really like this figure. Now ... AT-RT Driver ... SHOCKING! Once I got him out of the pack and took that HUGE weapon out of his hand ... he's not bad. I like his new paint job. Here I thought I'd hate him. He is pretty cool. The helmet design is not the best. My brother likes it.

So I am so glad that I got this set!
F

I agree that the Luminara re-paint is a good one. Almost makes her a different character entirely.
T

I still haven't seen this answered, and I'm just curious since I'm waiting for the sets to hit clearance...

Does the Clone have the removeable chest armor or not?


TetraBrik said:
I still haven't seen this answered, and I'm just curious since I'm waiting for the sets to hit clearance...

Does the Clone have the removeable chest armor or not?
Click to expand...

No, the clone does not include removable chest armor.
D

Since I never picked up the Luminara ROTS figure, this was a welcome pack for me.

And while the AT-RT driver is not perfectly painted, I think he goes better with the rest of the Kashyyyk troops than the original AT-RT driver did. 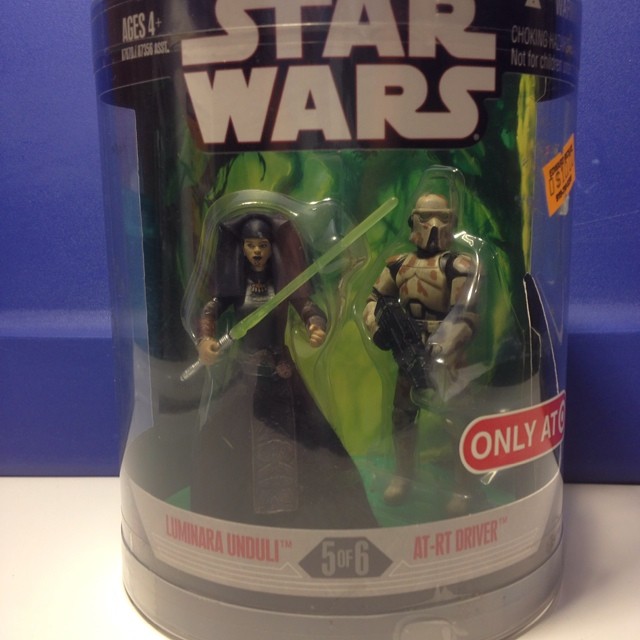