Lord of the Rings 3.75" SA Ringwraith for the Toybiz 6" Fell Beast

After recently purcashing the Toybiz 6" Nazgûl and Fell Beast set, I was rather frustrated by the scaling issues between the two figures compared to the films, making the beast look almost laughable in size. So I set out to make a 3.75" scale Ringwraith instead. I used some random legs/hip armour and sword from my parts bin (not sure what they're from so feel free to enlighten me), CW Count Dooku torso/arms, random hands (with pointy fingers), VC Maul's cape, and an old sock! 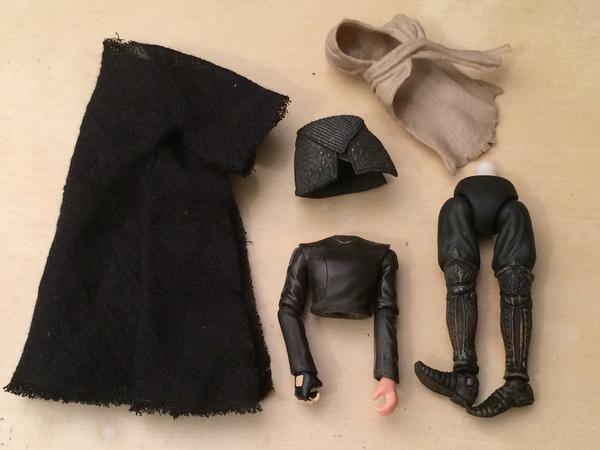 First, I 'tinfoiled' Sandstorm Luke's headscarf, placed an appropriately cut piece of sock on top, and they lathered it in PVA/water 50:50, and molded it to shape with folds etc. I left it to dry in front of the fire so and hour of so.
As it was drying, I cut the neck from Dooku's torso. Then I spray painted the thighs, groin, and torso/arms black. I roughly painted the hands, shin armour, sword, and feet with some silver arcylic to give them a worn look.
I then made the rest of the robes which sit on top of the hip armour covering the legs (held in place by the torso), and then another piece flowing over the shoulders to the knees. The belt and sword keep them in place nicely. I then added the Maul cape, and the freshly dried hood. Voila! 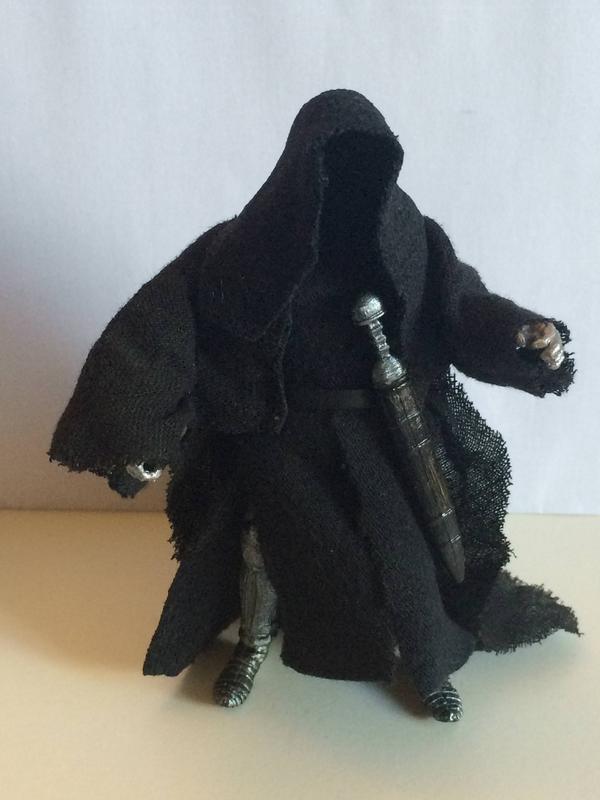 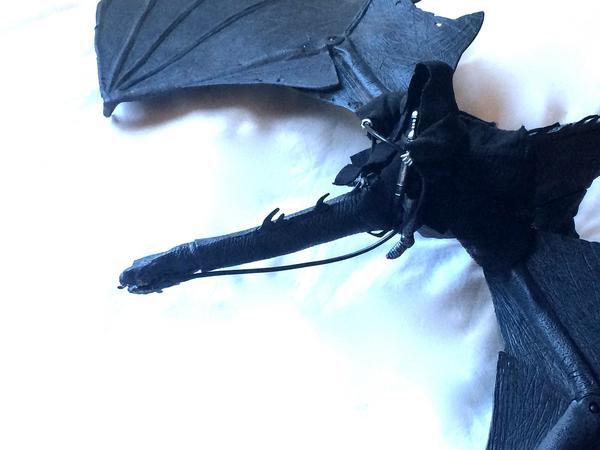 Perhaps not as screen accurate as I was hoping, but I'm pretty darn happy with how they look together now. Hope you all like it!

That is great looking work Colt! It's almost like an exact scaled down version of the Toybiz figure!
H

That looks better Colt. Do you have the neca Balrog? Its closer to 6" scale. I love that thing.

That looks really great! I'f you hadn't told me, I'd have just assumed that was the original figure.

Thanks all! Might try to make the Witch King helmet next, but I'm pretty much new to sculpting from scratch.

@Hutt , no I don't! I didn't even know that thing existed. It's beautiful! :wub:
I'm still waiting to see the 12" Sauron which Asmus they said they are working on, and tbh I'd rather put my savings into that!
You must log in or register to reply here.
Share:
Facebook Twitter Pinterest Email Link
Top