Pulled the trigger on the UCS Star Destroyer just now. I wanted to go pick it up in store but wouldn't get a chance for a couple weeks. But perhaps I'll use the VIP Points I amassed from this purchase for the Tantive IV or something when I do get there.

Not seeing a Lego acquisitions topic...

Picked up a couple of the Poe X-wing polybags from Walmart
Click to expand...

It's in the Limelighting & Display section:

Anyone have any idea when the next Double VIP Points event is going to be?

Any word on what we should expect for the traditional big set this May?

GroundskeeperWillie said:
Anyone have any idea when the next Double VIP Points event is going to be?
Click to expand...

There's a rumour one is planned for the end of March. Nothing more than that though.


Pqweeduk said:
Any word on what we should expect for the traditional big set this May?
Click to expand...

Nope. Just this paragraph I penned:

April will also see the build-up to May the 4th Be With You - because LEGO are the true torch bearers of International Star Wars Day - with word of coming promotions and teases of the annual LEGO exclusive/direct-to-consumer set. Past sets have included 75144 Snowspeeder (2017), 75181 Y-Wing Starfighter (2018) and 75244 Tantive IV (2019) - and with fan attention being directed to TESB40 it's within the realm of possibility that LEGO will meet expectations. Collectors can also anticipate a polybag and an exclusive gift with purchase from LEGO branded/online stores. Sadly, because these will be LEGO branded store exclusives, none of this will be on show at New York Toy Fair next month so what set 75275 is what fans will get for the rumoured $200 price tag will remain unknown for some months.
Click to expand...

Rebelscum.com: LEGO: What Could We Expect From Toy Fair?

February 17, 2020: Aside from Christmas, there's no more an exciting time to be a Star Wars collector than toy fair season. With two down and one to go anticipation levels are building.

The May GWP is cool though. Don't ask because I can't tell you.

Ever since the 501st Legion - aka Vader's Fist - made their first appearance on the steps of the Jedi Temple in Revenge of the Sith their depiction in LEGO has been on the top of many collectors wants list.

And now LEGO, after much vociferous (and, at times, obnoxious) pressure from the fan base, LEGO has made their wishes come true with 75280 501st Legion Clone Troopers, which is slated for release on August 1st and comes with a $29.99 price tag. 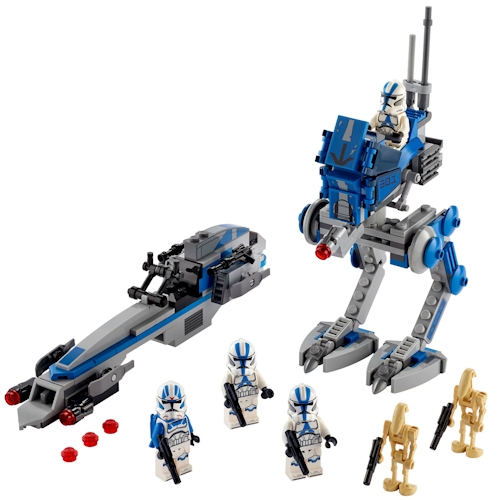 According to Starwars.com who co-shared the scoop with The LEGO Group's Twitter page, the 285 piece set (which has already garnered more than a score of self-congratulatory "we did it" posts from the #WeWantA501stBattlepack cheer squad) will feature:

Fans of the LEGO sets based on animated The Clone Wars TV series will recognise the AT-RT as similar to the one released last year as part of 75261 Clone Scout Walker – 20th Anniversary Edition and the BARC Speeder which was last seen in the long retired 75037 Battle on Saleucami, released in 2014.

April 2, 2020: In a shock reveal, LEGO has released images of one of the most highly speculated and eagerly awaited Summer sets - 75280 501st Legion Clone Troopers. Click thru for more.

Is there any hint as to when and what the May 4th UCS set is going to be?

What... current rumour is an A-wing. (I have no proof or inside knowledge though)

I heard there was a photo of a new A-Wing pilot floating around, possibly (hopefully) lending credence to the UCS rumor

Dr_Jedi said:
I heard there was a photo of a new A-Wing pilot floating around, possibly (hopefully) lending credence to the UCS rumor
Click to expand...

There is. Feel free to talk about it here if you want. No links or pics.

Jeremy said:
There is. Feel free to talk about it here if you want. No links or pics.
Click to expand...

No worries, Jeremy. I'm happy to wait a few weeks for the reveal of the May the 4th set. A UCS A-Wing is long overdue. When the A-Wing and the AT-AT were not options on the recent vote-for-the-next-UCS-set thing, in my opinion, that was implicit confirmation that those two long-requested sets are on TLG's schedule...somewhere.

You won't have to wait that long for the reveal.

Not on your life!
A

I know it is not officially mentioned yet, but I'm really looking forward to the rumored AT-AT.

Akhraziel said:
I know it is not officially mentioned yet, but I'm really looking forward to the rumored AT-AT.
Click to expand...

To be fair, I haven't heard any substantive rumors about this. It just seems to make sense. That said, while I would love to see this set released for the 40th anniversary of ESB, it seems like an awful big UCS set to release on the heels of the ISD last year. Maybe they'll do it this year anyway, but I wouldn't be shocked to see it released in 2021.
J

Any news on how many VIP points the BOOST Droid Commander Polybag will cost? I was just about to buy one when I saw they would be available again. Luckily I waited! Thanks!!

No, nothing yet. Hopefully nowhere near the current $250 average that this polybag is going for on Bricklink!
J

Thanks. Hopefully, it is around the "$5 off you next purchase" amount or 650 points. It's a polybag after all!?

The last VIP programme I took part in was the old coffee shop style card that got stamped every $X. That system got retired not long after the UCS Falcon came out on a double VIP points day. I cashed all the points I racked up then and whatever got leftover went into a gift card (which expired before I could use it).

It's stunning for sure. Mine is on the way!

I am so beyond excited about that. FINALLY!

jamie75 said:
Any news on how many VIP points the BOOST Droid Commander Polybag will cost? I was just about to buy one when I saw they would be available again. Luckily I waited! Thanks!!
Click to expand...

1,350 VIP points.
It gives you a code to add to any order that is good for 60 days. I am hopeful my order went through correctly. The checkout process seemed to accept my code but at the end I received no confirmation the order will include the Boost Droid set.

The email receipt took awhile to send. It had confirmation of the Boost Droid set.

Luckily, I managed to redeem for the Droid polybag early this morning!

A friend in the UK and one in the US managed one each. A few in continental Europe managed it too.

But they sold out very, very quickly.

Question. Is the UCS Falcon finally out of stock for good or just on back order? I have been waiting for a double points day to get it and being locked up in the house I decided it didn't matter and I would just get it but now it seems I missed the bus.

I'm seeing that it's listed as "Temporarily Out of Stock", so it'll be back. With everyone stuck at home these days, it's probably seeing a hot streak in sales at the moment.

Jesse said:
Question. Is the UCS Falcon finally out of stock for good or just on back order? I have been waiting for a double points day to get it and being locked up in the house I decided it didn't matter and I would just get it but now it seems I missed the bus.
Click to expand...

I've got an unopened set, still in its shipping container, that I don't plan to build any time soon. Happy to sell it to you if you want.

All in all, I'm really disappointed with this year's May the 4th event. Not a single set on sale here in U.S.

Just ordered the UCS A-Wing, UCS Star Destroyer, 20th Anniversary Slave I, and all 3 Helmets. It's telling me that USD won't ship for 60 days, which is fine, because this is a lot of money to lay out at a time like this, even though I sold a bunch of stuff to cover it all.
Last edited: May 1, 2020

If anyone somehow gets a spare Death Star II mini set and want to sell, hit me up. There is nothing I want to buy at the moment (picked up the UCS Star Destroyer at the start of the year) so I need to get the mini set another way.

I'm excited about the AT-AT announcement. I'll be picking one up for sure. I have 87% of the pieces on hand to build the Plus Size AT-AT but decided not to go through with it. Now I have an abundance of grey and dark grey pieces that I don't know what to do with. 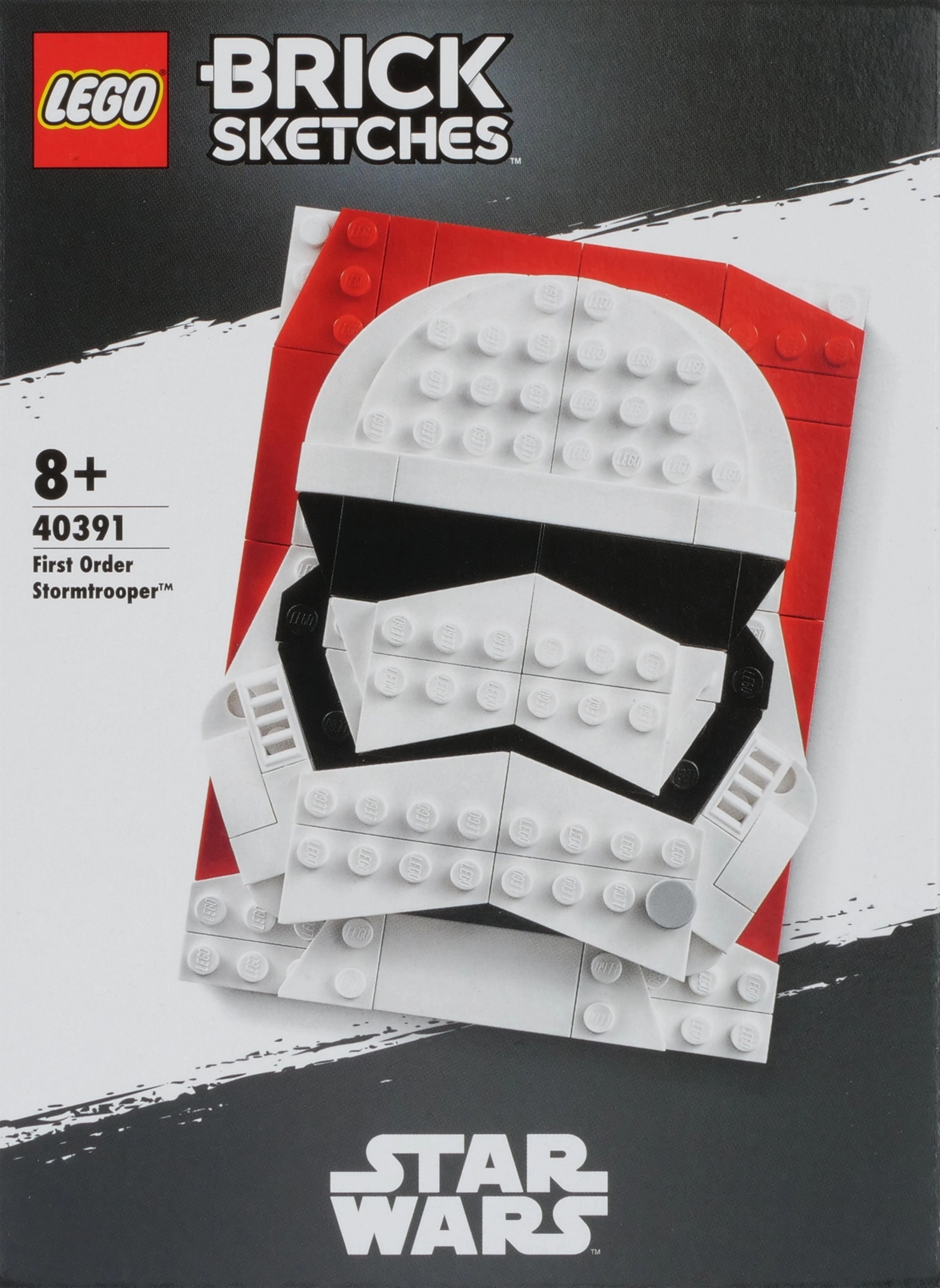 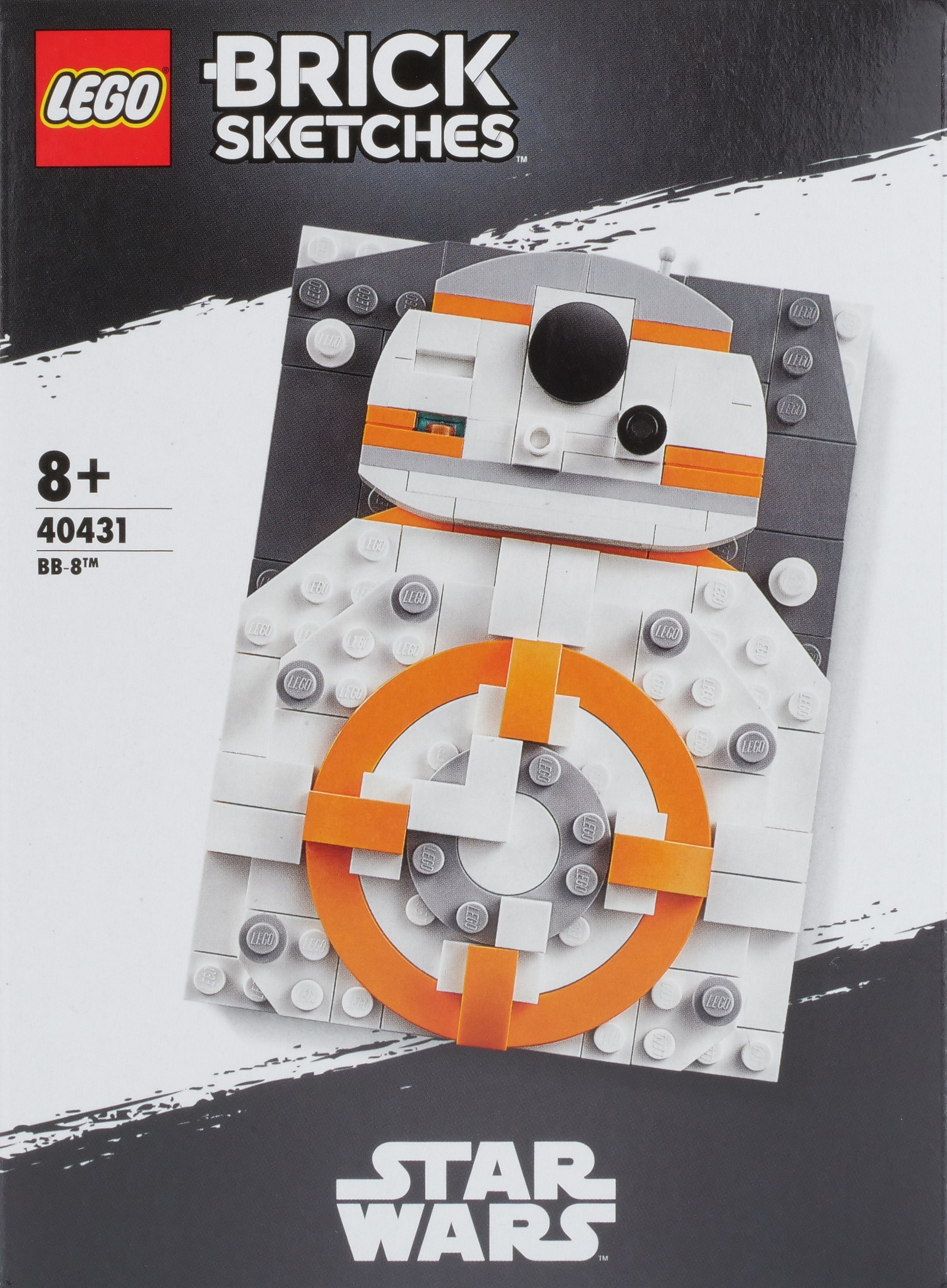 Described as "quick, easy and satisfying builds" by Brickset in their advance reveal, these multi-layered, low relief portraits are the handiwork of LEGO designer Chris McVeigh who came up with the concept after seeing trading card artists sharing sketch cards.

Originating in the early 90s the first sketch cards were passed around between artists, agents and publishers as a form of business card/resume, and by the end of the decade they were being included as professionally printed chase cards in trading card sets. The early 2000s saw an explosion in their popularity and they were soon produced as trading card series in their own right, allowing artists to experiment with style and material without having to go jump over licensing hurdles.

Before he started work at LEGO, this illustrator and LEGO enthusiast designed a huge range of these interesting character portraits that became so popular that he started taking commissions.

In the introduction included with the Brick Sketch instructions, McVeigh shares that it was difficult to set his signature concept aside when he started working for LEGO in 2018. Happily now these plate-based pieces of artwork will be available, priced US$19.99/€19.99, exclusively though LEGO.com on July 15th.

Could this be a soft-launch of the yet-to-be-officially-confirmed 18+ mosaic series, which is expected to include a Star Wars, that are expected later this year?

Quite a few surprises, including the Galaxy's Edge Resistance Transport set (which I'm very happy about!). Also glad that the new Clone Wars season isn't being ignored, albeit only represented in one set.