CMDR_Appo said:
Got one from Amazon UK for £30 which isn't bad considering elsewhere is £40. Great little vehicle and Hasbro have thankfully put a bit of effort into the thing versus that Rebels walker they did a few years back. While not fully articulated, the legs have joints where they need 'em the most!
Click to expand...

I have mixed feelings about the leg joints on this new AT-DT. Yes, they work well & look great. However, they do need to be adjusted - which I don't like having to do, given that I'm worried the vehicle may break while doing this. Also, note this could easily gone the other way - given that the modern AT-ST's have crappy legs that can't stand well no matter how they're adjusted.

I have 0 issues with the Rebels AT-DP vehicles (that came out a couple of years ago) not having leg joints. Sure, they're not articulated, but at least they can stand without problems or adjustments.

I ordered one off Entertainment Earth and just opened it up. I like the vehicle, and the construction is solid. Hasbro added some axles & gear details inside the hollow legs, so they don't look too bad. The hip and ankle joints are ball & socket, and they're tight, so I expect they'll stay firm for the short run. The hip front armor plates are separate pieces from the legs, and unfortunately one of mine is missing. The left & right sides are different, so I can't copy the one I've got to make the missing left one. I might contact Hasbro Customer Service, but most likely they won't have spare parts available. I guess it's better than missing a foot or something, but it's still a bummer.

Update: I chatted with Hasbro Customer Service to see if they could get replacement hip armor parts and they cannot. They offered to pay for shipping & replacement of the entire product, but I'm not that tied up about it. I can probably customize a similar armor piece, or think up something else to fit in the socket. Probably just a freak omission, but take a good look at the AT-DT when you unbox it.

Picked this up at TK Maxx (that's what TJ Maxx is called here for whatever reason) for a nice €20,-
They also had Han's Speeder and the Battle on Crait 4-pack for the same price.

Meanwhile every single chain in the Netherlands is still stuck with TLJ wave 1 stuff, and a random AT-ACT "discounted" at €278,- or so, they claim it used to be €350,- :hmm:

This is a great walker, no fear of floppy legs like the new AT-STs. It can crouch down like the one dropped from the AT-Hauler or rise high to the same height as an AT-ST, decent walking poses can be made.
The action features are fun and the dirt paint decent, but I really wish it was more accurate to the film and the friggin' box art. Especially the filled-in side panels as opposed to open railing and the super-short barrel are major pet peeves.

Also, is the figure a repaint of the RO Stormie with a Mimban head or a new sculpt?
N

I wish the front window opening was like the VC At-St where it can open and close. That would have been sweet.

Cyko_Droid said:
Update: I chatted with Hasbro Customer Service to see if they could get replacement hip armor parts and they cannot. They offered to pay for shipping & replacement of the entire product, but I'm not that tied up about it. I can probably customize a similar armor piece, or think up something else to fit in the socket. Probably just a freak omission, but take a good look at the AT-DT when you unbox it.
Click to expand...

If you decide to excjange it and since you got this thru EE, you would be bertter off exchanging it thru them rather than Hasbro. If Hasbro happen to run out of the walker, they'd simply send you another vehicle from that asst. EE currently restocked the walker w/ free shipping.
S

I'm traveling for a wedding and made a toy run today, stumbled on this set at Walmart in N GA. Keep an eye out, they are hitting shelves.
I

Mine didn't come with any missiles. Admittedly, I'd never use them but kinda annoying.

Got an email from amazon cancelling my order for this because they don't know when they'll get it in stock. Absolutely lame that stuff that was supposed to be on shelves in the summer STILL aren't available.

I was afraid that was going to happen. It's why got it from BBTS a few weeks ago. And I agree, it's ridiculous.

Half a year later, still not seeing this Solo toy in my stores. Crazy.
N

Finally got it and I love it. The figure's neck joint broke off the first time I moved his head though. Not a big deal. I was able to fix it and I wasn't going to use him anyways.

I made a more articulated Mimban Stormtrooper that I wasn't happy with and he's perfect to sit in this vehicle. I was never able to get the whites to match perfectly, so at least in the vehicle, it's not that noticeable. Looks better in person though. 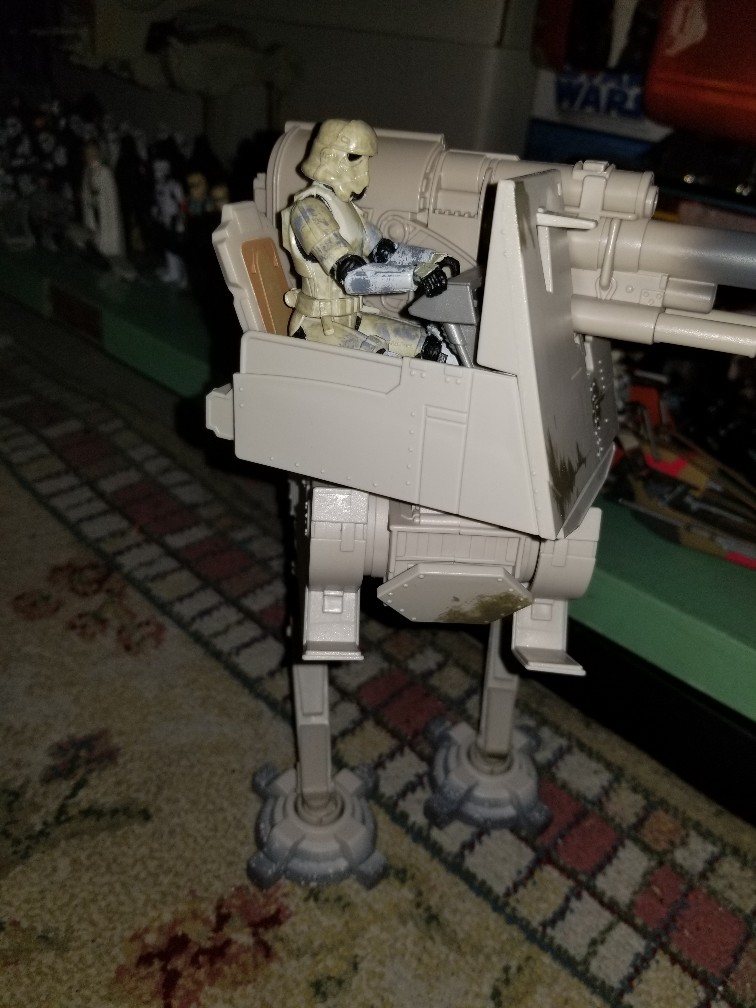 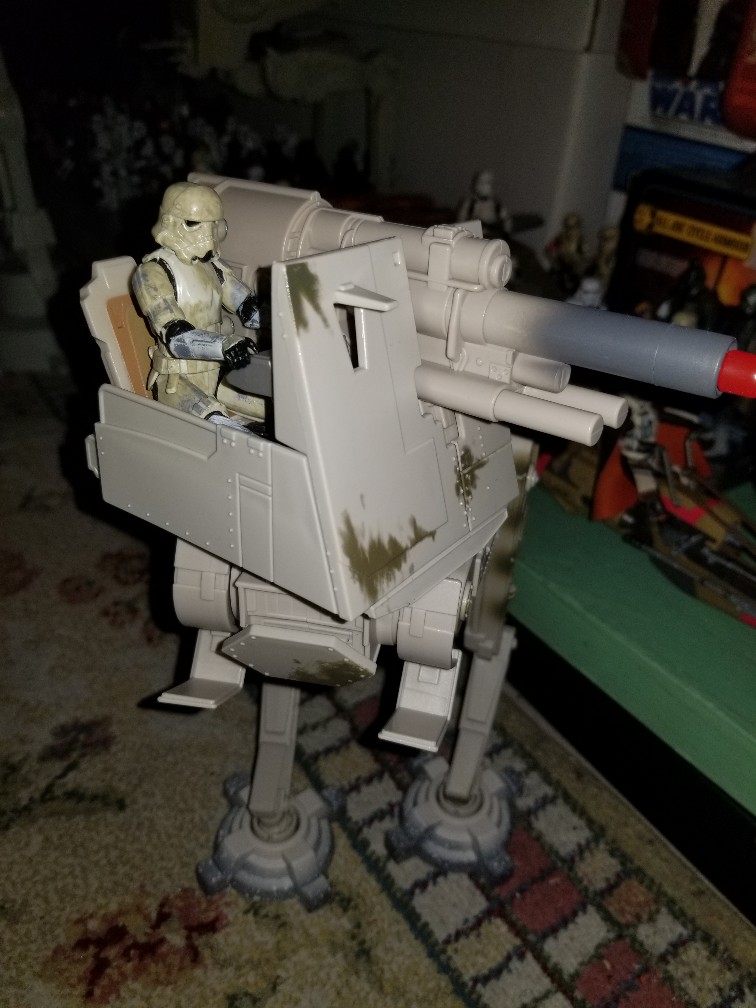 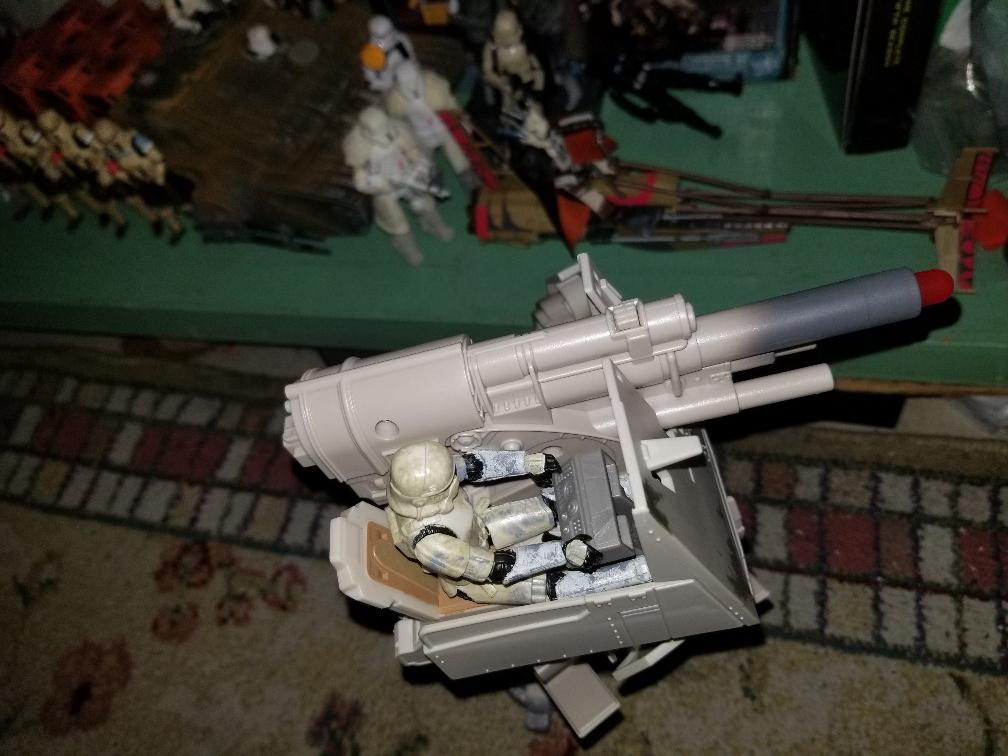 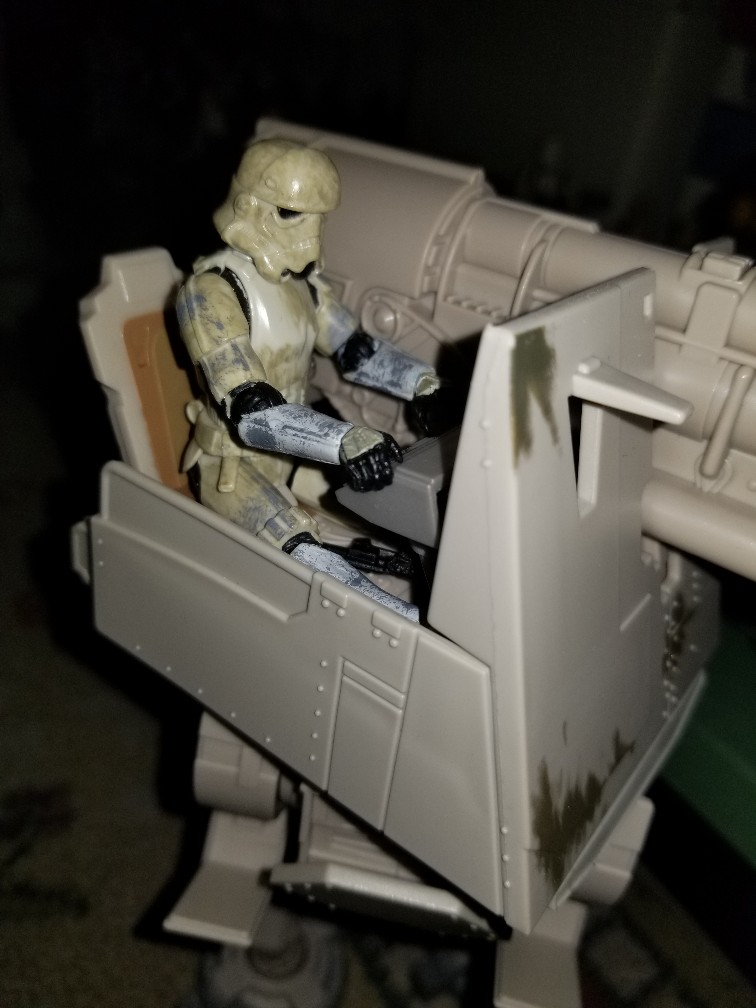 cool looking vehicle but at this point I don't think I even want it any more if I could find it.

I just want it for the figure window and the cool box art... I'm not an "opener" lol
N

I am about to throw away the box with the figure window, figure tray and inner box. Did you seriously want it?

Found one of these clearanced to $21 at a Walmart around here.

I got this as a Christmas gift, still can’t believe that this product isn’t showing up in stores! Very happy to finally have it, it came from a very reasonable priced ebay sale.
T

Great pics., Nighthawk. These make me appreciate this great toy all the more.

DarkManX said:
cool looking vehicle but at this point I don't think I even want it any more if I could find it.
Click to expand...

Here's a "good" one for you. Here in Germany this was only available in small shops. regular retail never got this (probably because they were still sitting on Canto Bight Police things and A-Wings from that dreadful thing called TLJ). Anyway, a discount store (much like Ross or 5 Below in the US) has actually gotten this at discount prices. Not every store has received it yet, but I think over the next few months it will show up.

Just picked one up at Walmart tonight on clearance. Was never overly interested in getting one because of the higher price and figured I would never see one. I feel pretty lucky to have scored it. Solo is one of my new favorite SW movies and really want as many items from it as I can. I can't see Hasbro doing much more from it.
D

Picked up another one at Walmart today since it was on clearance.

I never did see this in store. I had it preordered on Amazon, which they canceled a few months later. And because of this, I missed it when it was in on EE.

vadersvette said:
I never did see this in store. I had it preordered on Amazon, which they canceled a few months later. And because of this, I missed it when it was in on EE.
Click to expand...

Same thing here with amazon. Walmart couldn't be bothered to put them out for months and is now clearancing them but amazon and target didn't get any at all. Might have to go to hell mart next week and see if they have any.

These (and the other vehicles at this pricepoint) are down to $15 around here at Walmart. But right, I think most WM stores had them in the back the whole time because they weren't on the shelves until now.
I

Still never showed up in stores in MA. I’d pick up a second at $15

Just decided to post this here because it's the only picture of its kind I could find. I was looking to see how it compared to the other walkers and this (at least from the front) gives some idea. I'd buy one if I found it for a decent price. 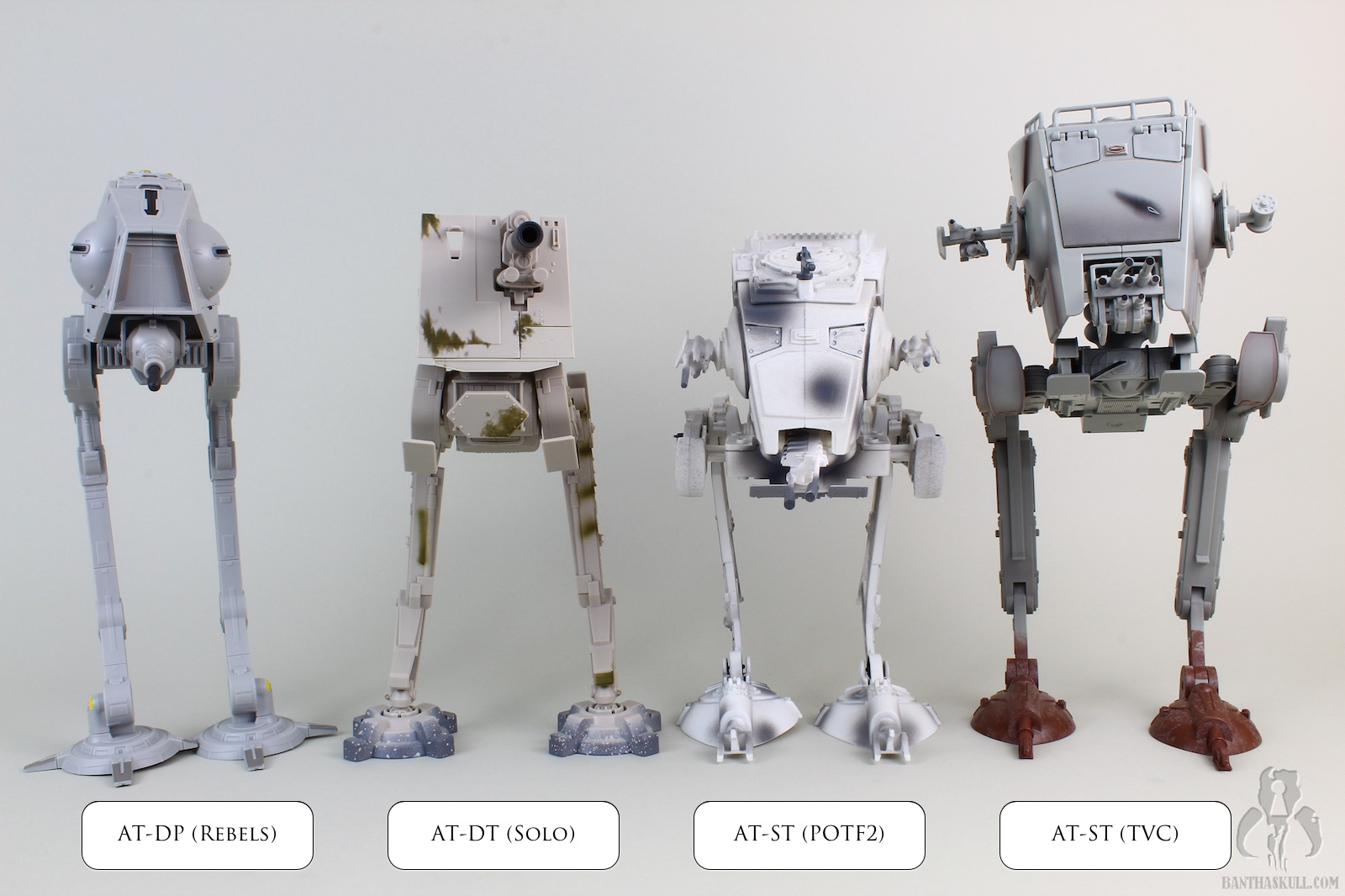 Not that I would worry if you miss it. Like the Forcelink TIE Fighter, it will probably show up at a discount retailer for half the price. This is beginning to remind me of 2011 when the Shadows of the Darkside (SOTDS)-boxed Snowspeeder, Cloud Car, Mandalorian Shuttle and others started showing up discounted to $10.

Mine came in the mail today from my eBay purchase. Great vehicle that's just begging for an extra weathering paint job. I'm going to have to learn how to do that just for this thing.
You must log in or register to reply here.
Share:
Facebook Twitter Pinterest Email Link
Top