would be cool a as a statue

Same. Good move on starting this line with 4 guaranteed sellers too.

Don't like the idea of the of the 1/7 scale though.

At $120 (which is what the sign says) it's not worth it, sadly. He is one of my top 3 Star Wars characters, and it makes me a little sad to think this is so overly priced, that it's not worth adding. At 1/7 scale, a Max of $80 would've enticed me to purchase all the Clone Wars busts.

120.00 for a bust that's even smaller than the regular line of mini busts. You folks do as you wish, but honestly, I wouldn't pay that much for it. JMHO, though.
D

Hey thanks for the response!

Any chance you can explain why you guys chose to go 1/7 with these?
D

SpecialOpsUnit said:
Hey thanks for the response!

Any chance you can explain why you guys chose to go 1/7 with these?
Click to expand...

Its an all NEW line to go with the animated bust we have done for several properties-- Like Marvel, DC etc..
Its also a new look. The prior GG Ltd pieces that were 1/6 scale where a "realistic" take on the animated shows. This is a more true to screen look and is its own thing. The thinking amoung other reasons is it did not seem to make sense to have two looks for the same character in the same line.
The price is also lower not the 120 that the 1/6 are and the style of the bust designs is different.

Thanks for the explanation, Chuck. I'm also curious to know how much smaller than the regular 6" mini bust this line will be as far as inches. Also the regular line of busts has been called for years the Mini Bust Line. What would the official name for this new line of smaller busts be called ? ... The Mini Mini bust Line? I just would like to have that clarified for my own guide of releases. Thanks in advance.
Last edited: Feb 26, 2020

Thanks for the clarification Chuck.

Thinking I'll stick to the core cast (Skywalker/Kenobi/Ahsoka/Rex) and go from there. I'll probably be too weak to resist clones.
A

I was just looking at the previously released animated clone busts that I have in my collection , and I think they will probably display nicely along side of these new animated 1/7 pieces. To me , they appear to be done in an animated style , and the heads on them look a little smaller that the other non-animated style clone busts. ( probably about 1/7 scale ) like the new line coming out. The bases won't match , but I think the busts will blend in nicely. Unless the new line comes out , and they look like they're closer to 1/8 than 1/7 scale. Hope not.
The Clone Wars is really some great storytelling , and I can't wait to add some more cool animated busts and statues to my collection !

This should be close... *Don’t take these for exact. Camera angle and crap...

Love how much Thrawn's blue color pops ! He looks great. Rebels are cool , but the Clone Wars is a lot better in my opinion. I like the look of the animation style much better in CW too. Hoping for a bunch of cool animated Clone Wars busts to collect in the future !

Sent from my SM-N950U using Tapatalk
A

Thanks for the scale comparison DarthHippie !

I think they’ll display fine, especially if they’re staggered like a lot of collections are displayed.

These photos are making me like them all more.
A

If these are polystone and cost no more than $60. , I see myself buying them all ! If they're plastic or vinyl and cost over $60. I'll pass.

up for pre-order tomorrow

skipping the Rebels animated line but looks straight from the show 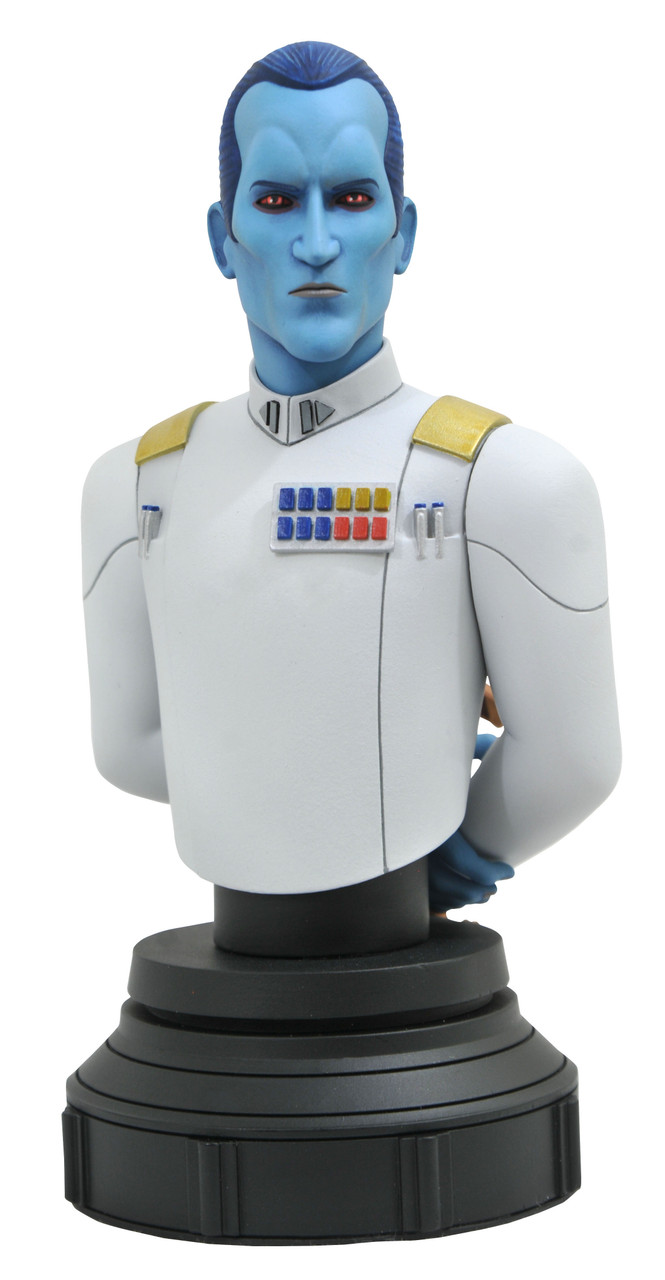 I'm skipping them too, I'll stick with the Clone Wars animated for now. I'll pick up Maul regardless of being Clone Wars or Rebels though.

Ordered this guy too ! So far the quality of this line is great ! 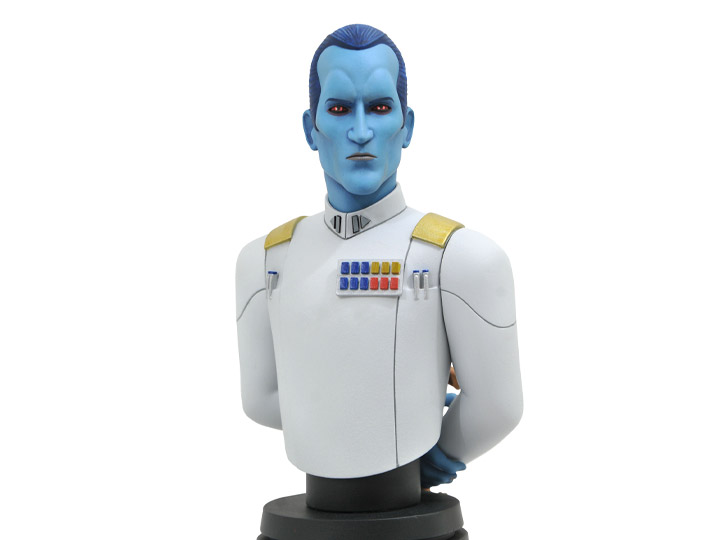 The Rebels Thrawn reminds me of ripped Squidward, always has IDK why. Great looking bust though, I think all their animated ones as of late are bang on. Also the price is fair on them which is always a plus.

Calrissian19 said:
easy pass for me, I’m not into the 1/7 scale line
Click to expand...

Yeah, me too. They do look good, though.
A

After receiving the 1/7 Anakin and Obi wan busts , I'm all about this new line ! They'll look great in their own detolf full of other 1/7 scale busts. The price is much easier to swallow, and you get the same great quality as the 1/6 bust line ! Ahsoka looks great too ! 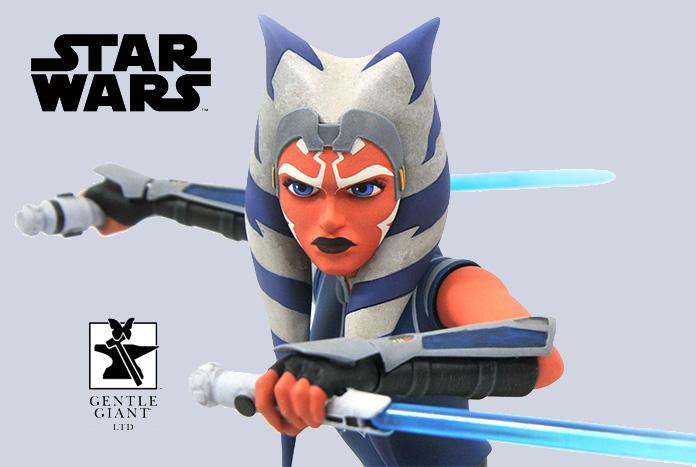 Has anyone been charged for this Chiss yet ? I'm ready to add him to my Rebels shelf ! 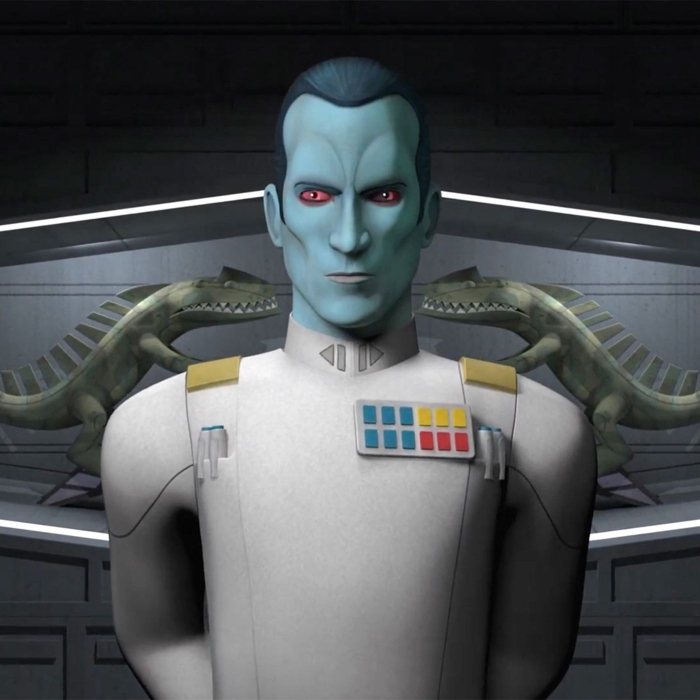 Normally, I am down with anything Thrawn related, but I just don't like the cartoon version.
A

Unfortunately , they're charging me for shipping by mistake , even though I have the Free Select shipping. I've already sent them an email.

I've been charged, awaiting shipment on him
A

They ended up charging me shipping. They sent an email saying I had ordered that bust before I had ordered the Free shipping option. I'm pretty sure that I checked before ordering the " Free Select Shipping " , that it would apply to all past orders that were marked as eligible for free shipping. I can't find the email , but I asked and was told yes , it would automatically be applied to past orders.

A good-looking bust! The paint apps/textures on the prototype as much better, but I'm still pretty happy to have him. The kalikori is such a fun feature and they used some soft-ish plastic for its most fragile parts (which is a nice, precautionary touch).

That looks better than I had expected.
A

Got mine in today ! Nice addition if you enjoyed Rebels like I did. 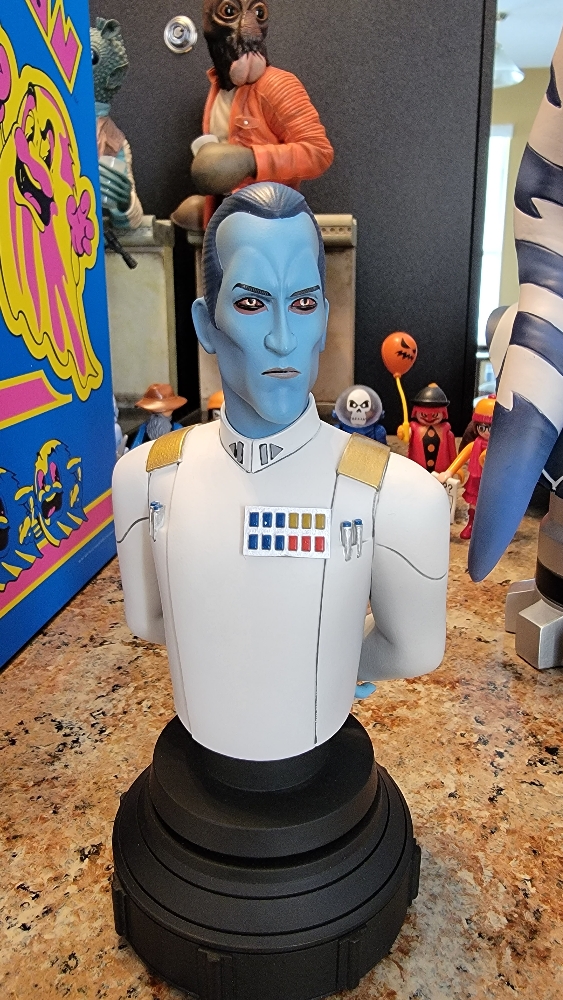 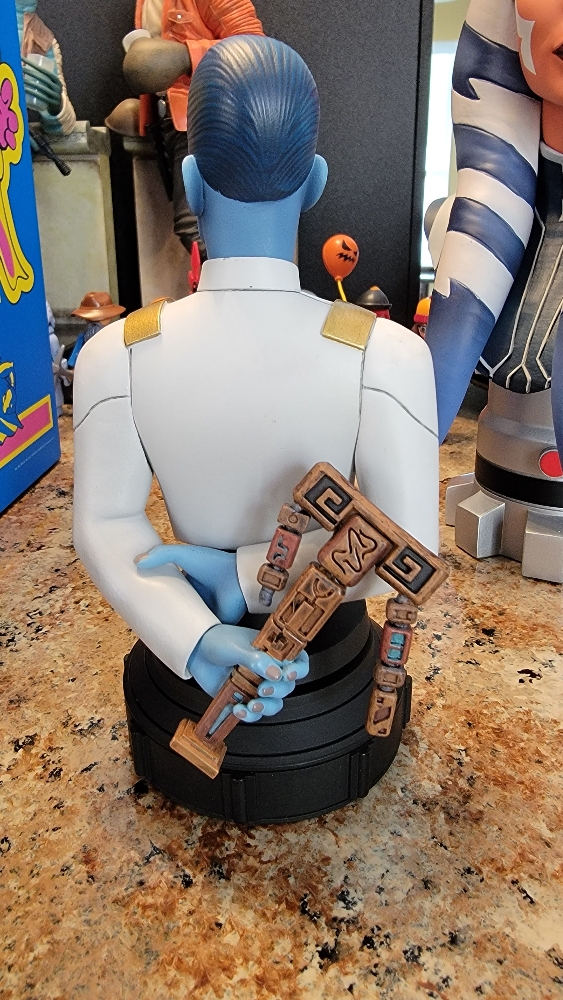 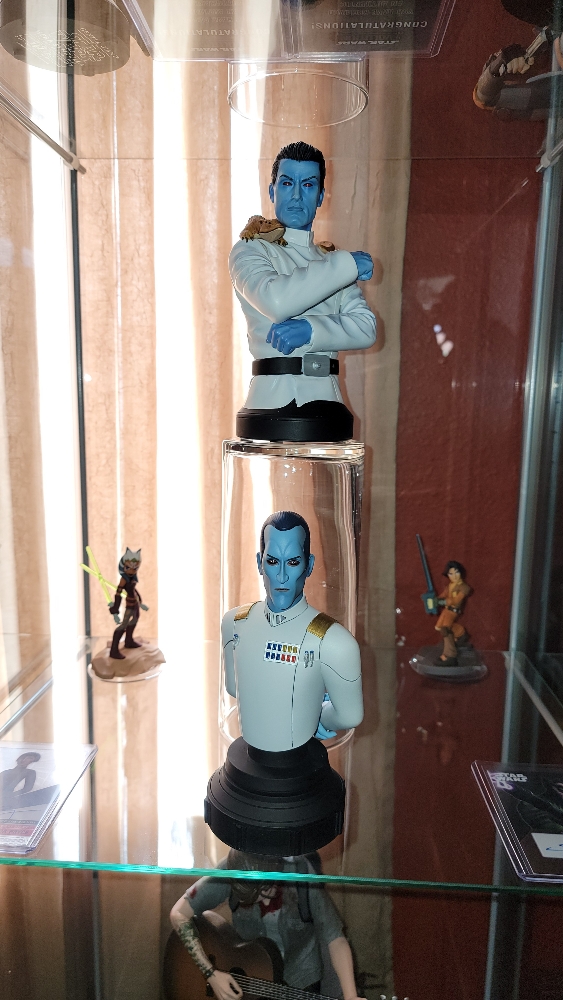 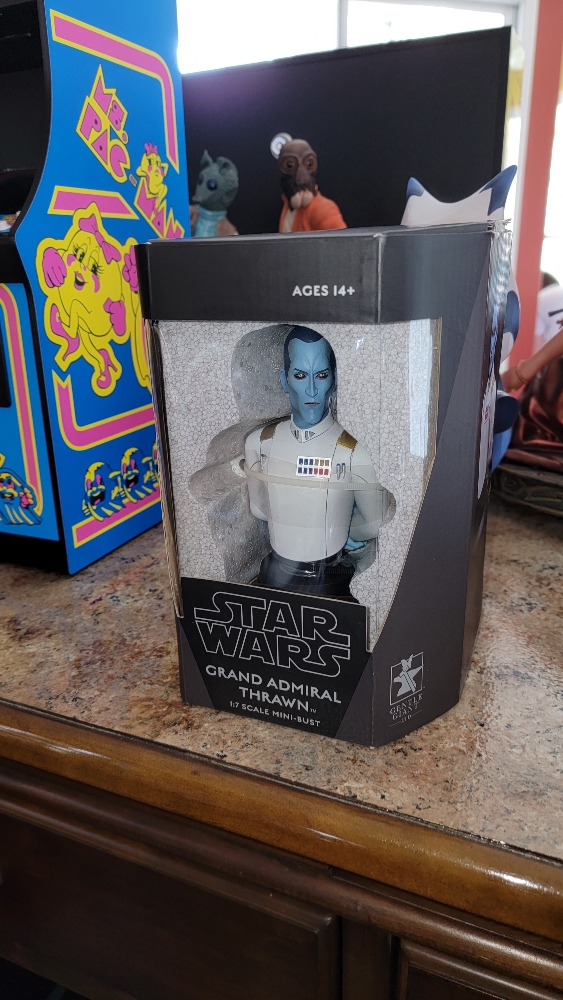 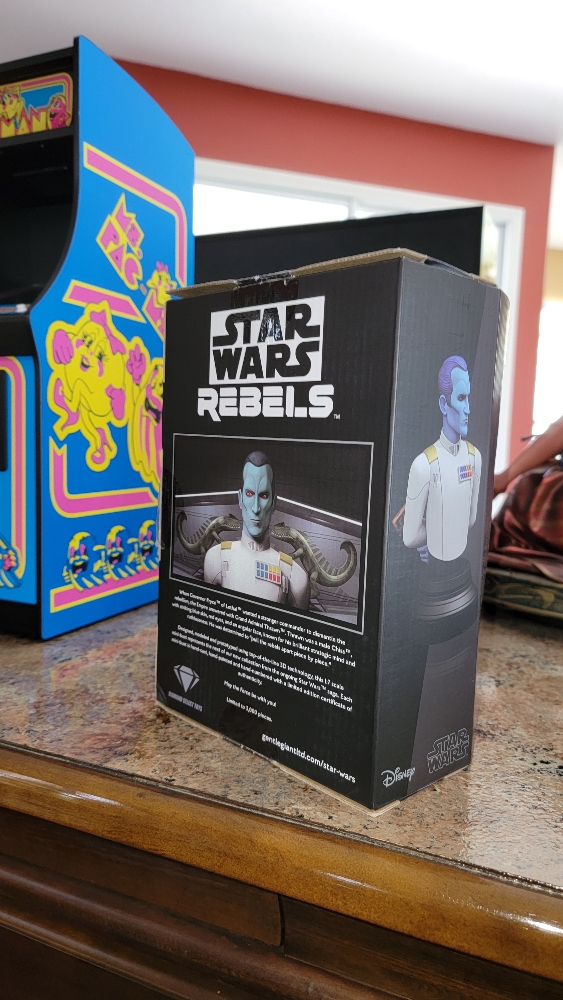 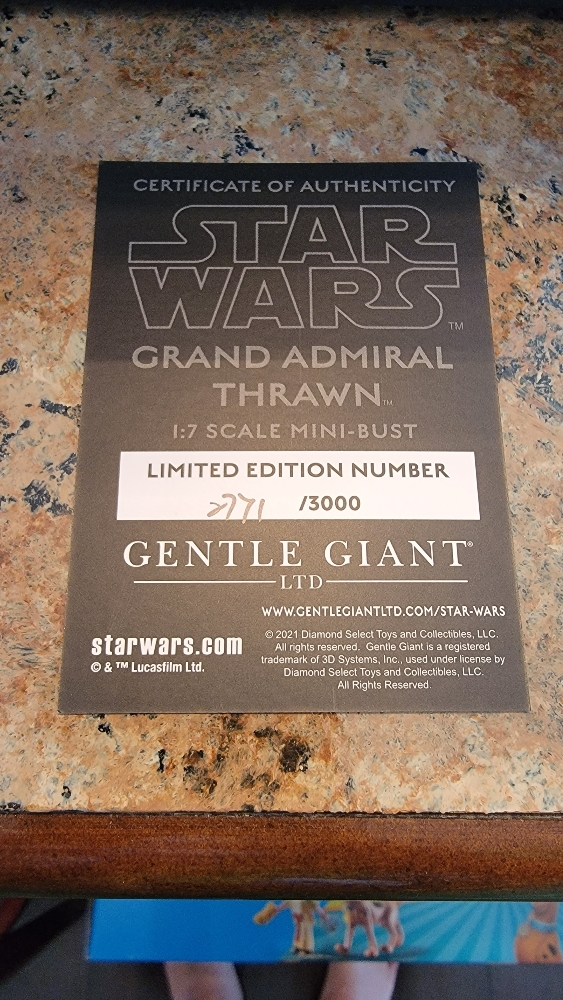 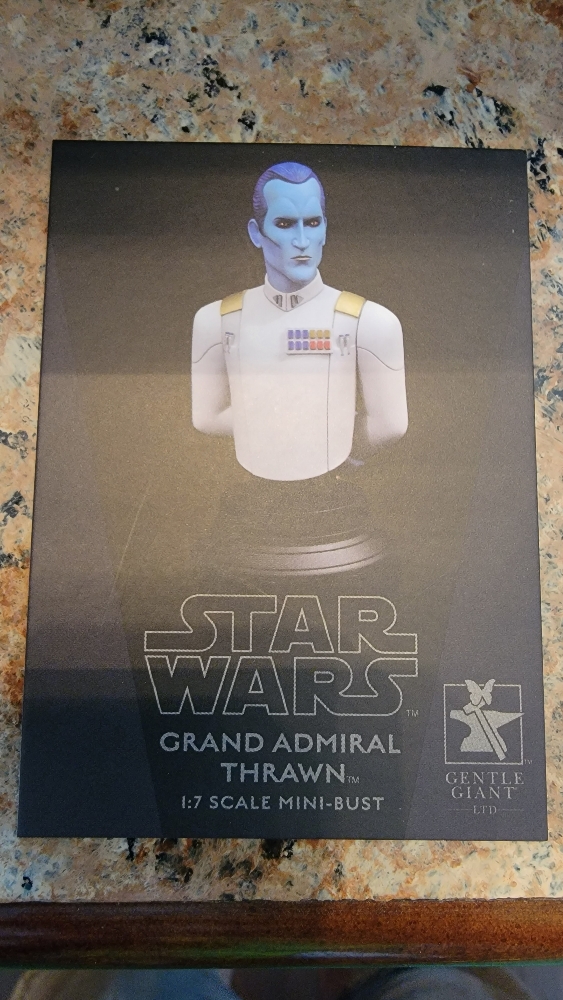 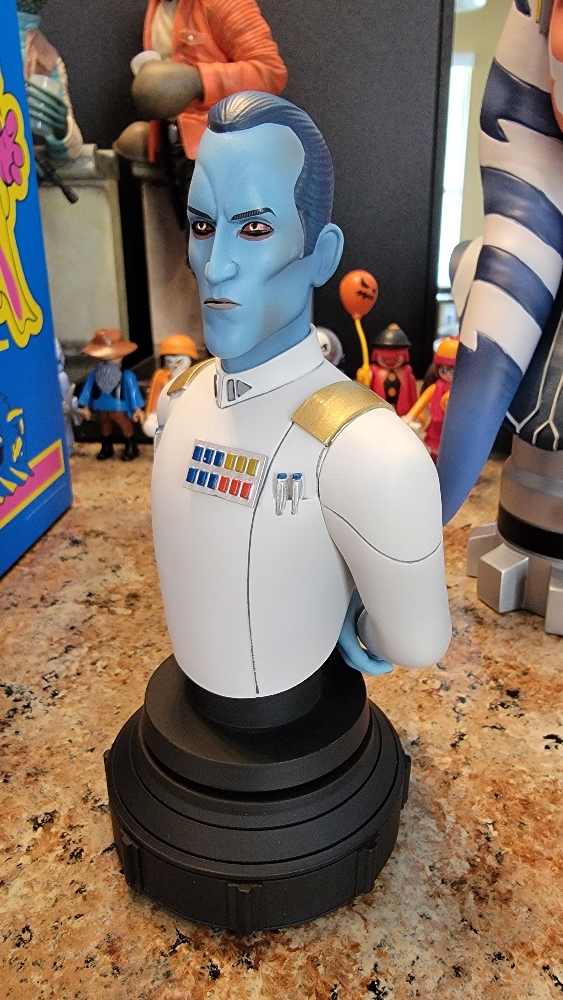