Get MM Padme made

Grak recently said that a Mighty Mugg Padme was rumored to be coming. Let's petition to get that made. Which version of Padme do you most want for this.

My vote goes to this one:

Though, we'd probably see one of the more "action" oriented ones: 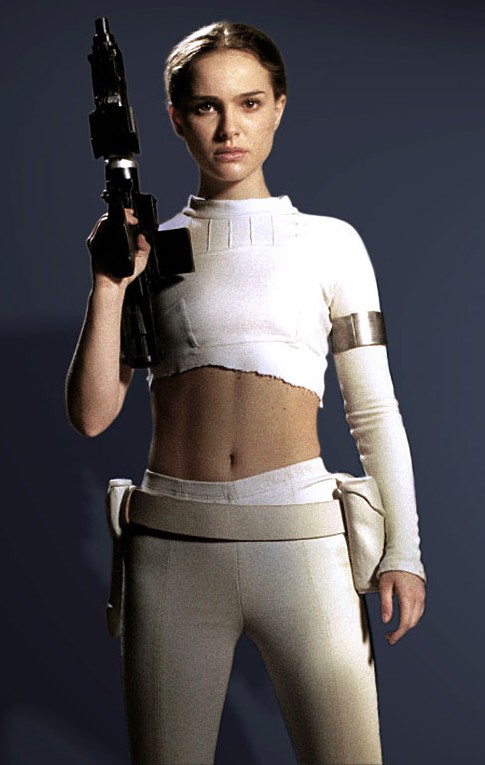 The white arena/Clone Wars outfit is a huge possibility but I could see Hasbro making her in the huge red dress with the gold trimming from EP1 [Image]. Time will tell.
G

I would like the see her white one from the clone wars series but no hood on.

I think the red ceremonial outfit from TPM would have the best chance of translating well as a Mugg. Generally speaking, female characters tend to look weird. I'd say it would have to be either this one or the white arena costume. The others aren't iconic enough.

I think the episode 1 red dress version would be the way to go.
P

AOTC white outfit has been my guess for months. I don't think they want to make a new headsculpt.

It's probably going to be the white outfit. But hopefully down the road they can release the Queen in her red garb.

My vote goes with the TPM queen outfit.

Apparently it is the Queen Amidala mugg that's coming out:

Thanks for posting. Yeah, I'll be getting it too.

Well I think they should have made an AotC Arena Padme. Since they are shutting down the line I went and made one myself that I will be throwing on eBay tomorrow. Turned out pretty good...

The hair is cool. Good job.

I assume that is in response to this

2. Could they clarify a previous answer? In the last Hasbro Q&A RTM posted the answers to, Hasbro said that the only Padme Mighty Mugg they would release was the Queen Amidala Mugg. That was a strange answer, as up until now, there has been no Queen Amidala Mugg, no mention or rumor of an impending Amidala and the line seems to be coming to a quick halt. Is a Queen Amidala Mighty Mugg forthcoming, or was that answer a mistake?


Answer: Unfortunately, the wave that was to include Queen Amidala was the last wave that was cut from the line. At present, there are no plans to release them. If Toys 'R Us has great results with Mighty Muggs as a global exclusive, and we need to release more new ones to fulfill need, this would be the first wave to activate since there are four Muggs (including Amidala) all done and ready to go. Right now, though, we cannot make a release to get to them until current production sells through.

Guess my collection is complete now then...what were the other 2 characters anyway?

Guess my collection is complete now then...what were the other 2 characters anyway?
Click to expand...

Yeah, and the other one we knew was Queen Amidala...I meant the other two.