Gavra Ubrento was a female human mechanic and part of a roving crew that offered repair services. Despite a lack of access to state-of-the-art technical tools and facilities, Ubrento was skilled at keeping starship propulsion systems functional. Ubrento was present in Jedha City shortly before it was destroyed by the Galactic Empire's Death Star. 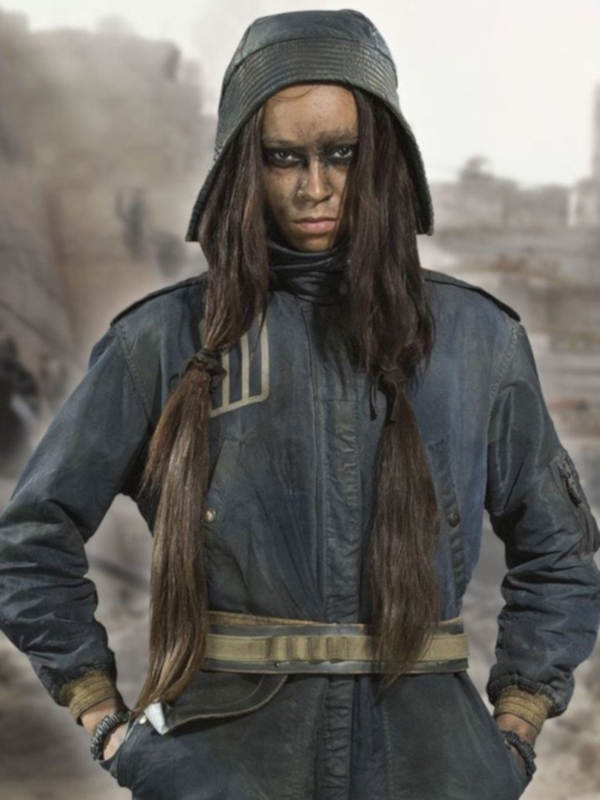 For the eagle-eyed, this character is actually seen onscreen for a few seconds in the background of Chirrut's combat scene on Jedha: 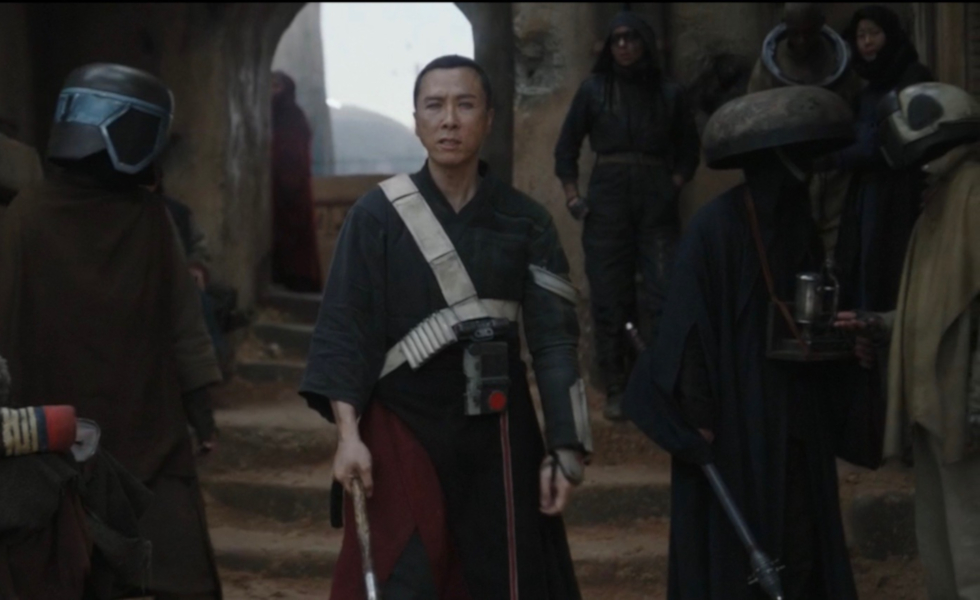 I haven't seen anyone else make this figure yet, so thought I'd give it a shot: 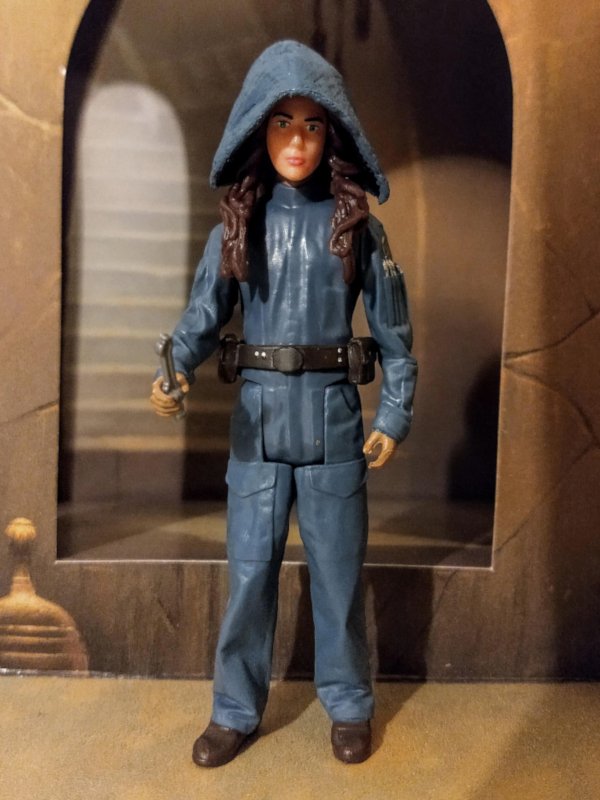 It's still a work in progress, as I need to add some mud and grime to the face. Maybe give a dirty wash over the whole outfit and match the skin tone of the hands to the face.

That's a really neat one. I love backgrounders and your custom does a great job of capturing this character. Thanks for posting.

Thanks Trooper, glad you liked it.

I've done some improvements. Firstly, I removed the Imperial logos on the arms with nail polish remover (acetone), which removes factory paint perfectly.

Then I added a brown muddy wash using Games Workshop Citadel paint to dirty up the outfit: 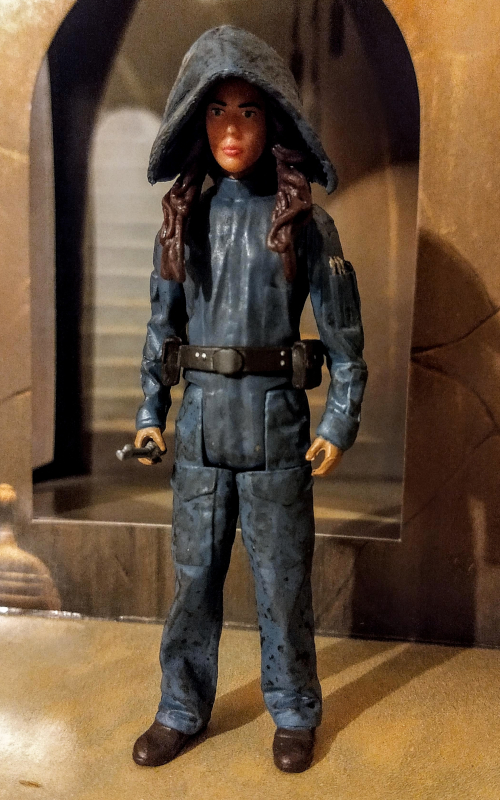 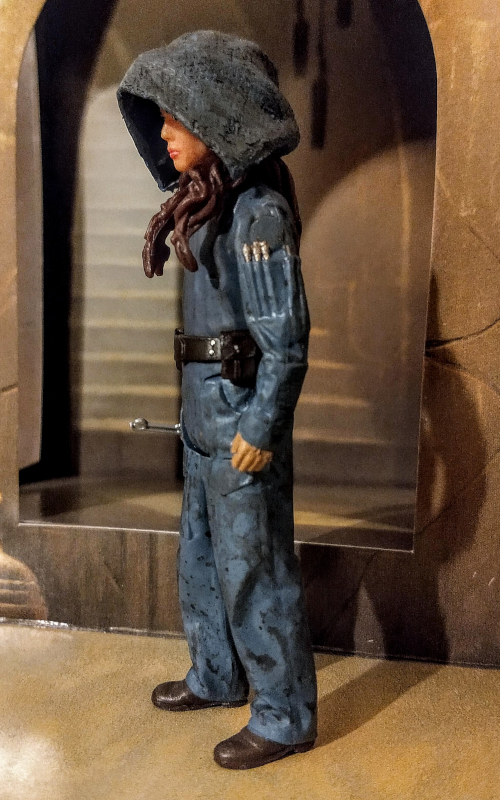 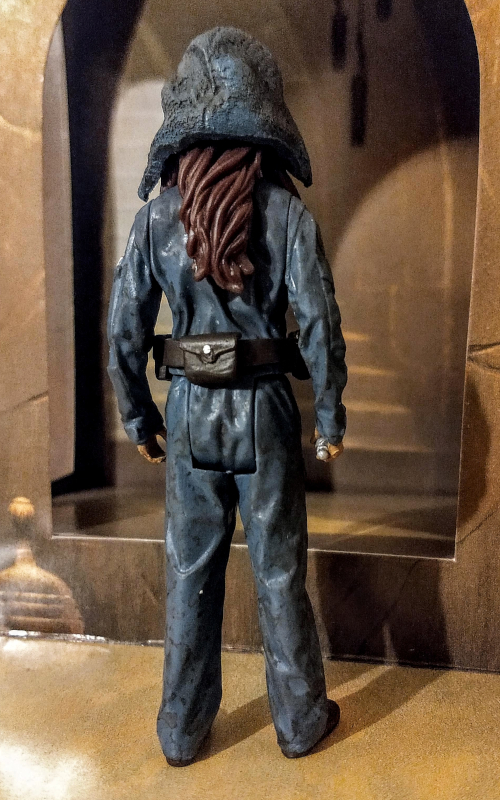 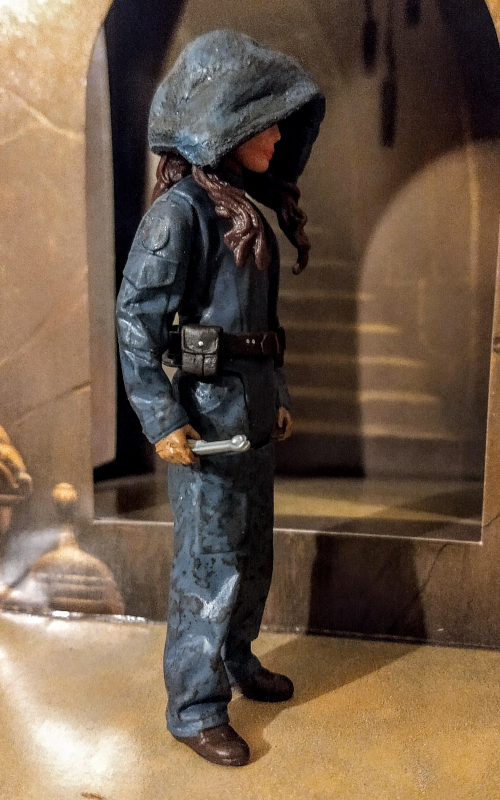 She is really starting to look like a Jedha citizen now: 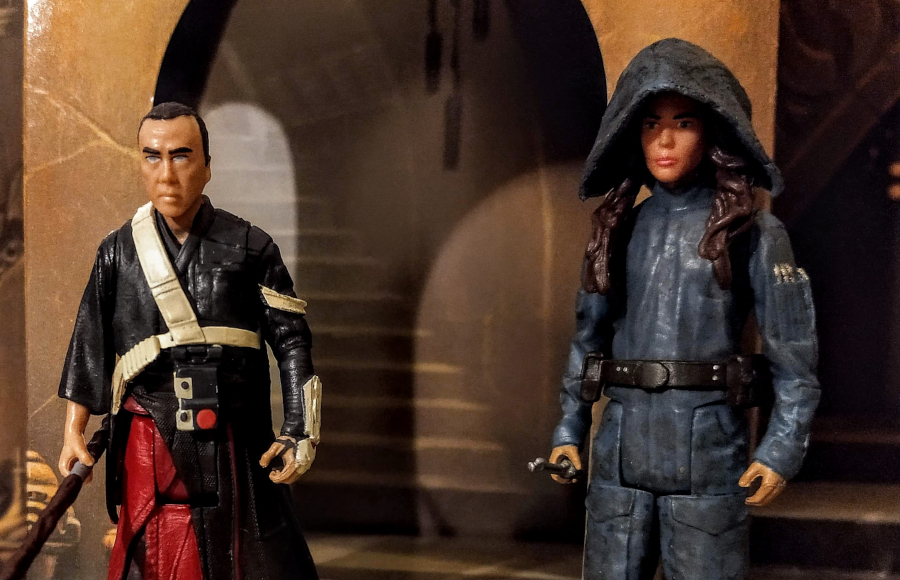 She looks great. I may borrow your recipe for her.

Bodhi is a good base figure. I'm thinking of using him to make a Ghostbuster with a Playmobil backpack.