Here is my humble collection. I guess my collection started with the rubber Ewoks figures from Yolanda, as in my childhood I never saw any vintage Star Wars figure, I was born too late to see them. Later, on discovering eBay I started collecting GI Joes, then MOTU, then other figures until falling to the dark side of collecting Star Wars . My collection is rather an eclectic one, of keeping everything that I got in various lots, and getting cheap figures whenever I saw them. I am now back to the Star Wars fever, and have rounded up everything I have and properly given them weapons, etc. As you can see I have made a few customs, as it is something I like to do.

Hope you like it. They are classified by eras, and lastly, similar to Star Wars but from other lines. I am rather a ignorant on Star Wars collecting. Which would you think is the rarest figure I have? just out of curiosity,as I don't plan to sell any of them . 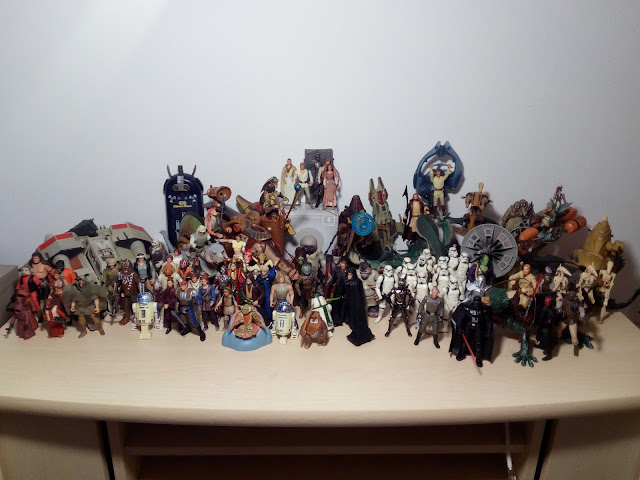 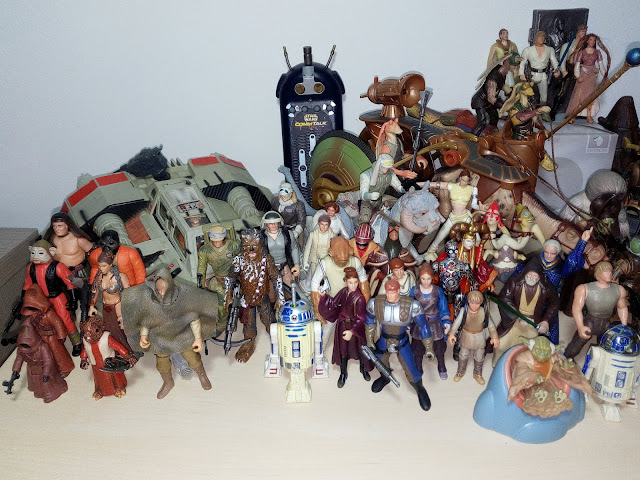 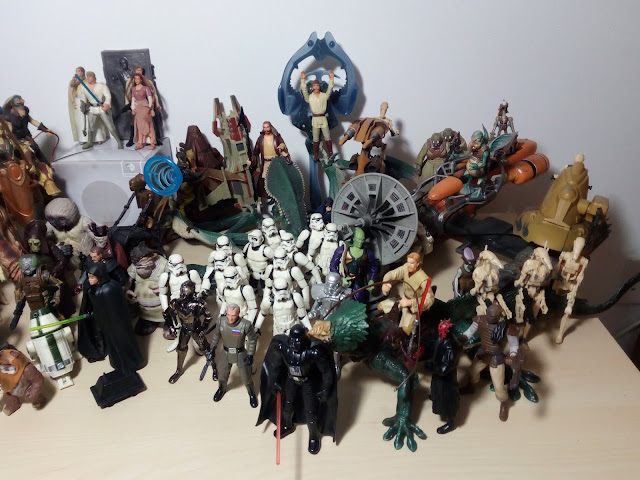 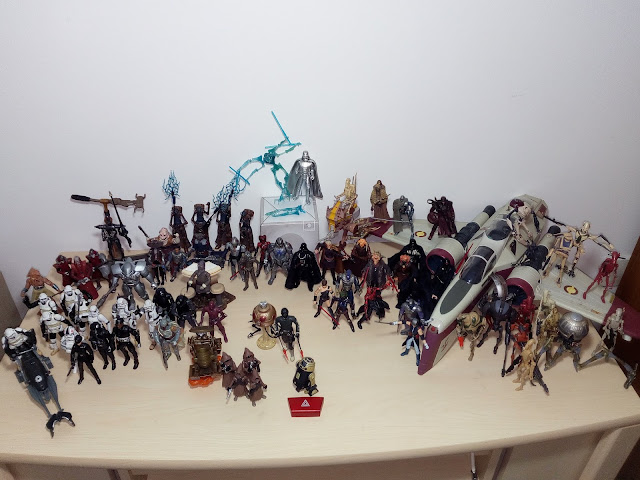 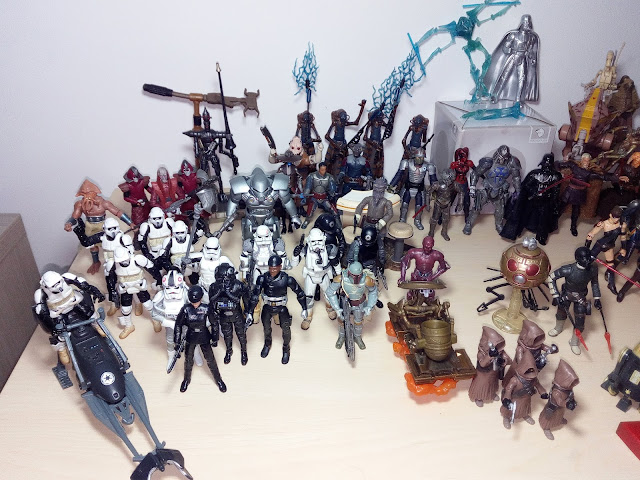 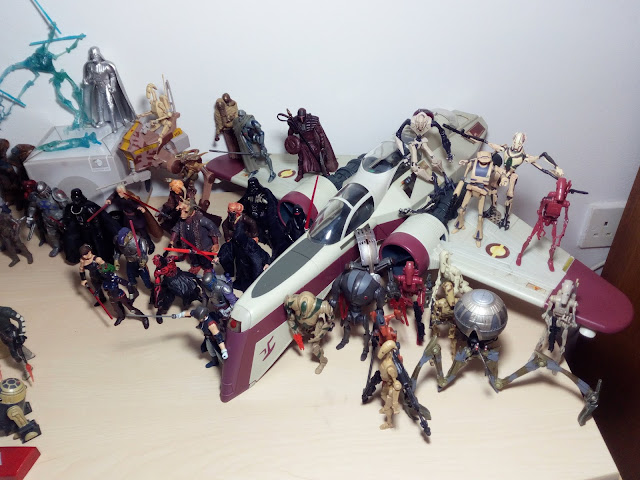 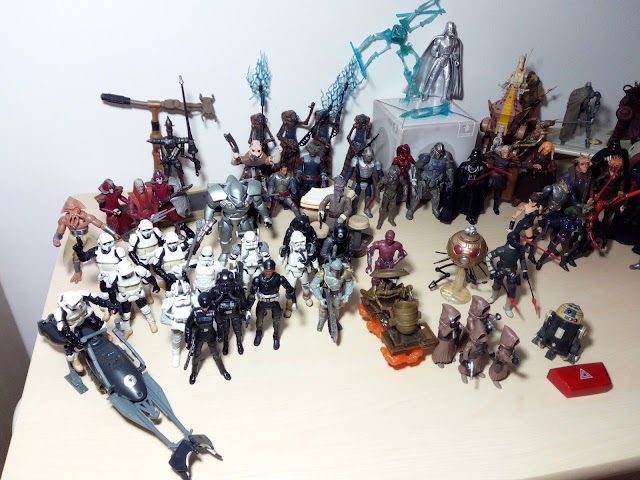 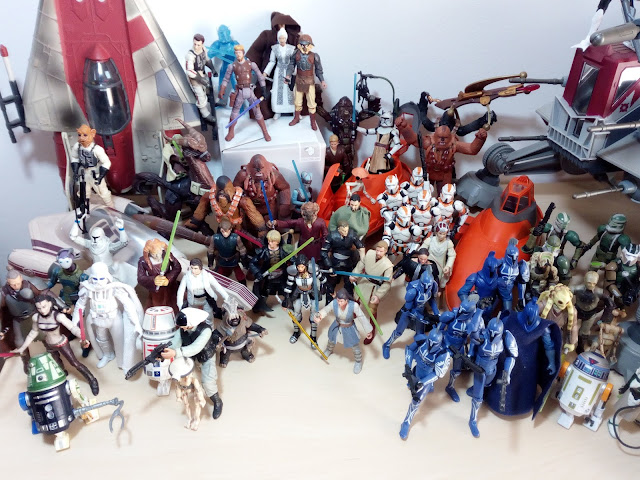 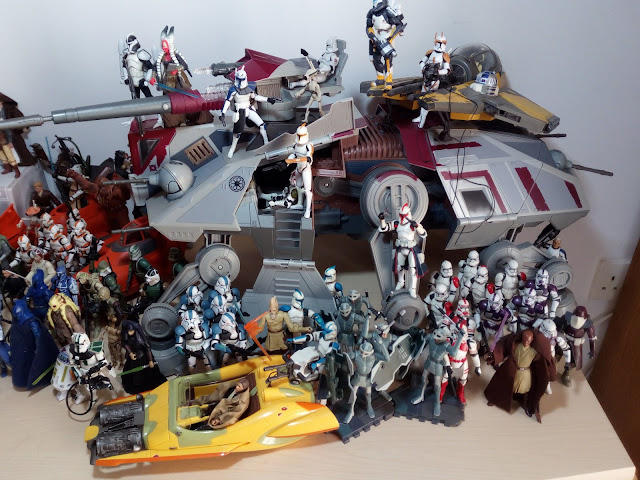 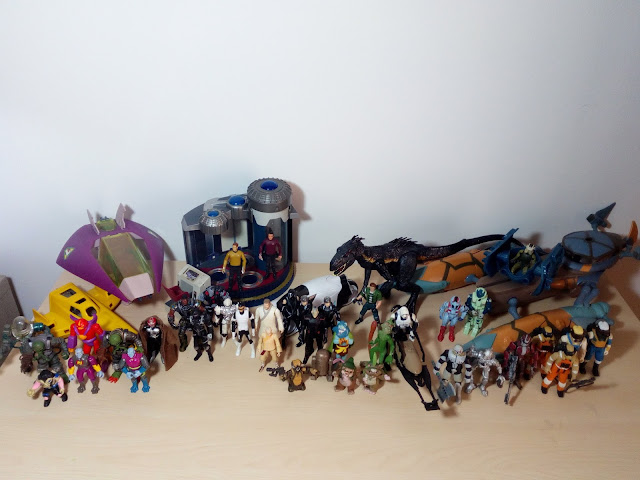 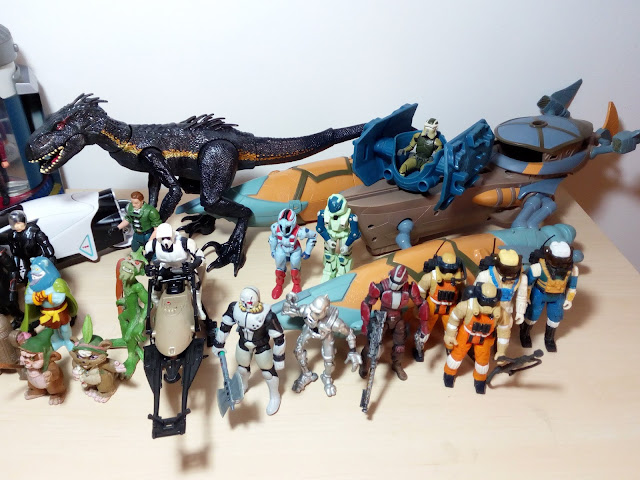 Pretty cool collection! Who's the guy between Boba and the Tie Pilot? He looks like an Imperial but I'm not sure who he is....

Thanks . I hope to enlarge it soon, if I manage to win some lot soon.

He is an easy own creation custom;

Will post it properly on my custom thread, once I take good pictures. I've named him Hask Doff. It just came together while kitbashing and getting ready new customs, and I thought that it was pointless to paint him, he looked good just combining parts
.
You must log in or register to reply here.
Share:
Facebook Twitter Pinterest Email Link
Top