By leaving the First Order™ during Star Wars: The Force Awakens™, Finn paves his own destiny and joins the Resistance! Gentle Giant, Ltd brings you the FN-2187 1:6 scale Gentle Giant, Ltd Web Exclusive Mini Bust for the 5th Anniversary of Star Wars: The Force Awakens™! He’s featured in his battle-worn Stormtrooper armor with three distinct blood smears on his helmet! He comes packaged with a numbered certificate of authenticity in a full-color box.

Pre-Orders go live December 18th at 9am EST / 12pm EST only at GentleGiantLtd.com.

Are these just the yellow ones we sent back with some added dirt?

This is a reasonably clever way for them to double dip on existing sculpts... I don't like that we're seeing more of that practice, but at least this makes for an interesting unique piece.

Kneel_Before_Zod said:
This is a reasonably clever way for them to double dip on existing sculpts... I don't like that we're seeing more of that practice, but at least this makes for an interesting unique piece.
Click to expand...

Not like the lazy beskar shoulder piece they just offered.

Bloody hell, they’re making full use of that stormtrooper sculpt, aren’t they?

I still like the look of this one though.
B

Another effortless, lazy release. Way to go sucking up money with little or zero creativity. It's become a trend.
Last edited: Dec 17, 2020
B

Rehash, however I think it looks great!
if it weren’t for the 3 troopers that just came out I feel people would embrace this more......either way I like it.

This is cool looking and I would have loved to get it when TFA was out. My personal dislike for the other two movies taking things off the rails has rendered my interest in anything TFA to be minimal at best.

Personally not for me but it’s unique enough to sell a few and I suppose that’s what these web exclusives should be about. Variants that some will buy but not the end of world if you decide not to pick it up.

Pass for me. Like that they are finally doing this bust but too many first order troopers in such a short window.

Another lazy and eassy money bust, a good mix of two existing moldes. They are still missing important characters from the sequels! Where is Poe Dameron????

Poe got an "armless" bust. The only "armless" one I have. Stands out like a sore thumb, but decided I needed him to round out the new trio back then. Sure wouldn't mind a proper bust of him!
F

What I find interesting is that they are pitching this one out as a five year anniversary release for TFA, made of a reused body sculpt and the head of the previous Finn bust. So it is not an issue about releasing the character as a Stormtrooper, but rather the dull way it is being offered instead of at least repositioning the arms and giving him a different face expression. Also, considering this year was the 40th anniversary of TESB we got no mini bust for that anniversary. We deserve better as collectors paying a premium than these kit-bashed releases and repaints.

Easy pass for me. I actually sold all my ST busts

Now up for Pre-Order.

Just ordered... I used my 20% Next Pre-Order item code, so that was great... but also noticed that I got charged Sales Tax for the first time since Diamond took over, so that's a bummer.
J

Did it change the correct amount for tax for you?
There system is charging me 10% tax on the total and shipping. My local tax rate should be 7.75%.
Their system changed late Thursday afternoon while I was shopping.

Not a fan of reusing molds either but as others have mentioned it does actually work here and I actually like it better than the first Finn MB.

As someone who pre-orders everything I want from GG I think this MB is a good candidate to wait on and snag later so I can burn one of my PGM $25 off in-stock orders coupons.
B

I emailed them about the tax and they’ve fixed it.

Yea, I pre-ordered this. it got me.

Sorry GG, at this point into the mini bust product line I really need to see busts that are distinctly different and unique to get me interested enough to purchase. This one's a pass.

Wasn't going to get it, same sculpt, been there done that. Kept looking at it and broke, bought it. FML.....

At some point they emailed a one time 20% off code, good for preorders, as part of renewing PGM memberships.

Kneel_Before_Zod said:
At some point they emailed a one time 20% off code, good for preorders, as part of renewing PGM memberships.
Click to expand...

Must have missed that one.
B

They emailed it out in august to those that renewed PGM after the debacle that was 2019 PGM.

I feel like the portrait on the first Finn bust was better. I don't know if it is the same sculpt but the paint is certainly different. Look at the eyes. On the first bust he was looking left. This one, more or less straight ahead. 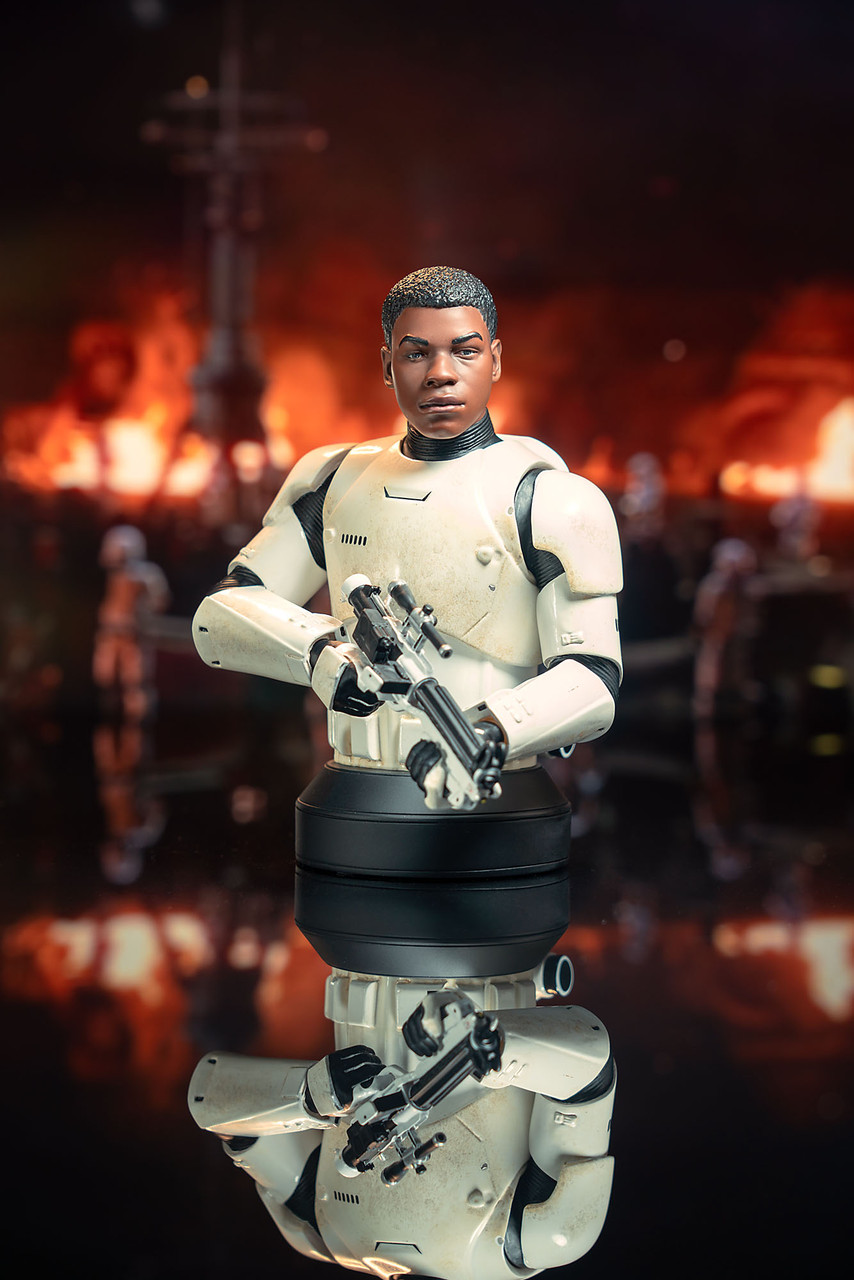 If I were to get this , I'd display him with his helmet on. I already have the other bust which shows his face , so I'd have to show off that bloody helmet ! Sent from my SM-N950U using Tapatalk
You must log in or register to reply here.