What is your favorite POTJ figure? I would have to say that mine is Sebulba (gee, I wonder why....) I was waiting and waiting for a carded Sebulba figure, and when I came I hunted and hunted until.... I finally found him! My first POTJ! Sebulba is the dirty fella responsible for luring me back to Star Wars collecting.
D

My favorite would have to be Dagobah Vader. With Plo-Koon coming in a close second. I can't wait for a POTJ emperor fig though.

Dagobah Vader all the way!
G

Plo Koon... hands down. Like Sebulba with, well, sebulba

Plo Koon is the figure that pulled me back, full force into collecting. I was a little disillusioned by the E1 debacle, but when I saw this guy in the aisle at WalMart, the fun factor really rushed back.
L

Boba Fett 300. Best Fett you could ever ask for.

dagobah vader for me.
J

Have to be FX-7, great figure and alot of articulation

There are so many good ones (Bespin Han Solo, FX-7, Sandtrooper, Sebulba, etc.), but I still think the 300th Fett stands above them all.
C

FX 7 a not too distant third
B

Boss Nass! A 100% improvement over the EPI version.

I loved Dagobah Vader. The only broblem with the removable head thing is that mine won't stay on! 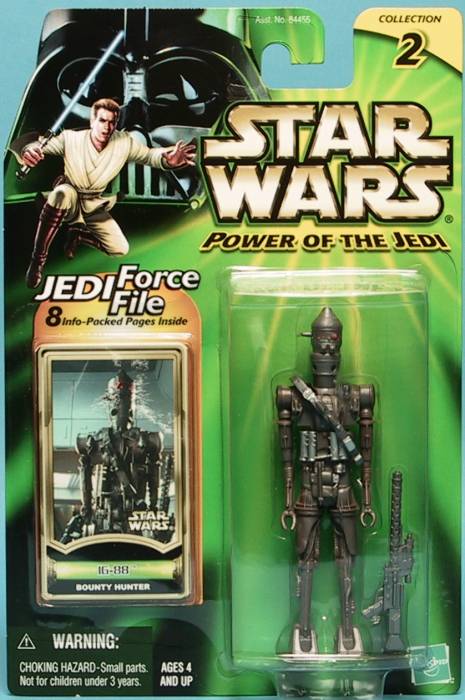 A cool figure, which also happens to be the first made from my favorite Vader mold. Another reason why I like it so much is because it will probably be the only one of its kind by the time the line ends. I doubt we'll get another wrath Vader. 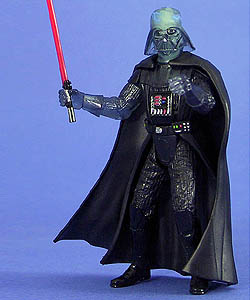 Well, there were a lot of nice figures in the POTJ line. If I had to name the best figure it would be impossible. It might have been the line we've gotten so far. 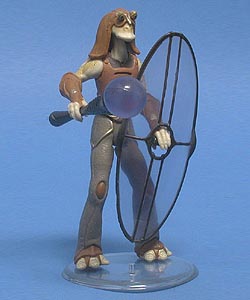 close behind as runner up --- THE DURO.
B

the 300th edition Fett and the scout trooper.
H

I'm glad I'm not the only one who likes FX-7. He doesn't do much, but with a lot of the limbs extended he looks pretty cool. I have the vintage one as well with all the plastic legs intact.
J

My personal favrite is probably the Imperial Officer. Great sculpt, great army builder... Poorly named since he's not in an officer's uniform, but he's a great army building figure.

-Zutton... Odd we got a holiday special figure when we already had the Cantina's Takeel, but he's still welcomed, and poseable to an extent with cool accessries.

-Duros... First Fan's Choice, and while lacking in articulation he was a neat sculpt and paintjob. Good ankle holster and blaster too.

-Amanaman... Beyond the $10 pricepoint and floppy staff he's an actually awesome figure.

-FX-7... Superb sculpt, and each arm's double articulted. Can't ask for much more.

-Sandtrooper... Again, could be a little more pseable, but the articulation isn't terrible, the sculpt's incredible, the shoulder pad's nice (and his variant 4-pack was great), and I was happy to nab a few.

-Teebo... Best Ewok ever, and the only poseable one.

-EW Vader... Nice concept, good execution. Happy to have him with some boomer damage lighting effects wrapped around his legs and arms.

-K-3PO... Same as Mon Cal in taht it gave us obscurity at little to no major cost to Hasbro. Gimme more really.

-Bo Shek... See above, but the helmet most iddn't even know existed, the newly sculpted blaster with working holster, and the awesome overall detail they captured in such a boring guy is nice. Great figure.

Those would be just some of my favored figures... All hits, even if they have minor things that could use a tweak or two. Namely, articulatin. Hasbro was still hesitant to do much articulation-wise in the POTJ era. A shame because a lot of those figures would rival current hits like the Cloud Car Pilot with just a couple points or four more in articulation.

Overall though< POTJ had lots of hits. Sometimes even "misses" still were at least improvements. Like Bespin Escape Leia, or Bespin Lando.

300th Fett is by far my favorite POTJ fig.
S

300th Fett is my favorite followed by Porkins, I only have like 10 POTJ Figs cause I was rather broke at the time they came out

And by broke I mean I was like 14 with no job or allowance.