Greetings, Rebelscum fans! This week on the site we’re taking a look at the inciting incident of the Clone Wars at the Battle of Geonosis. We’ll be exploring the famous battle that concludes Attack of the Clones throughout the week, so make sure to stay tuned for more articles, insights, videos, and info about the best merchandising opportunities.

Despite George Lucas’s initial comments that the second Star Wars prequel would be “a simple love story,” Attack of the Clones featured more special effects shots than any of the films in the entire saga. It also promised fans something that they had speculated about since the days of the original trilogy- the prospect of seeing Jedi fight in mass. While The Phantom Menace teased more Jedi characters on the Council, fans could only speculate what it would look like to see them all working together.

Attack of the Clones introduced romantic and mystery elements to the franchise, but Lucas knew he had to end the film with a climactic action sequence. It was a critical moment in setting up the intergalactic conflict that Obi-Wan had told Luke about in 1977. The sequence had to do multiple things; it had to strengthen Anakin and Padmes’ relationship, introduce an extended cast of Jedi characters that would be killed en masse, provide the backstory of Boba Fett, and of course send in the clones. 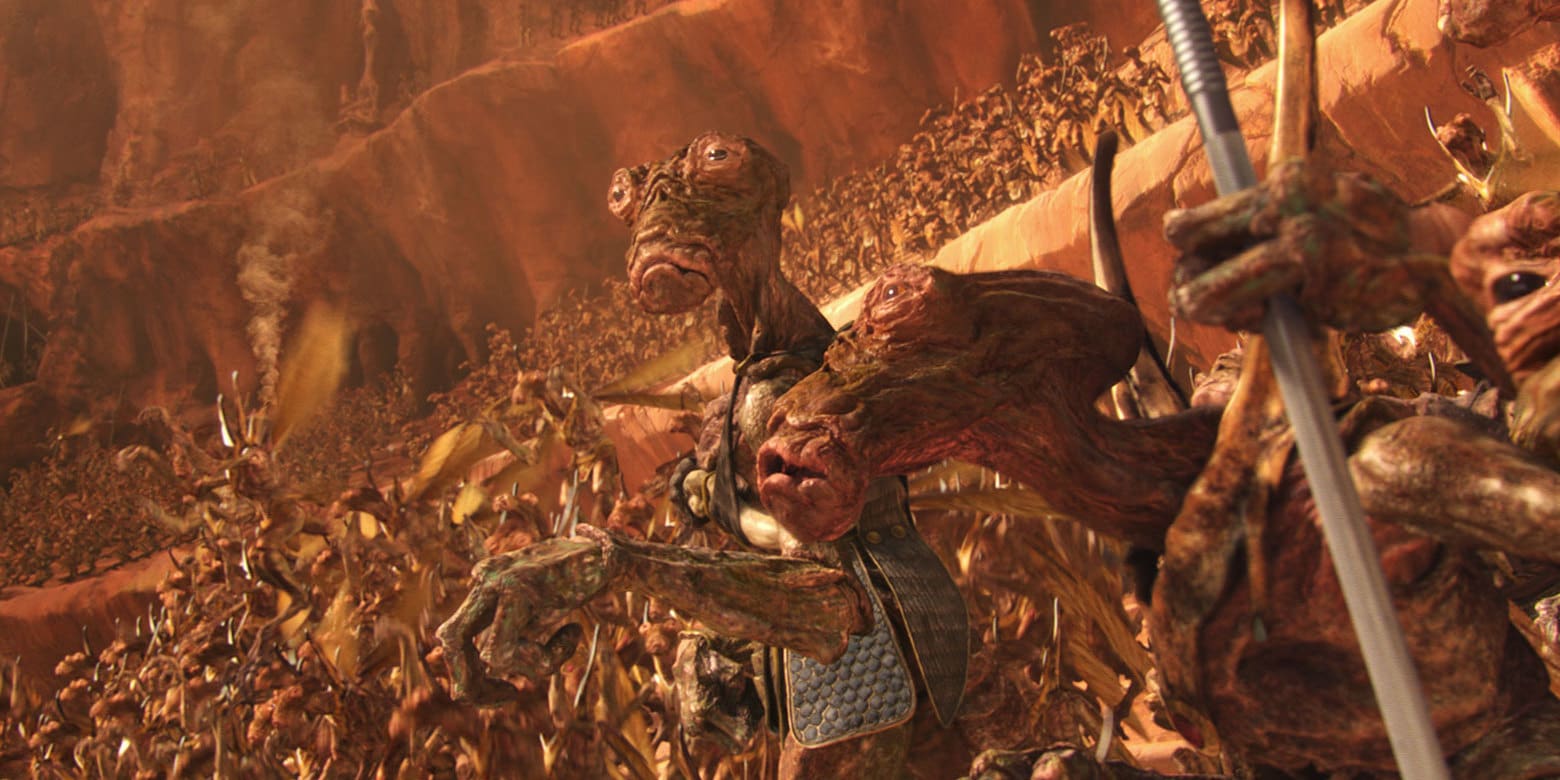 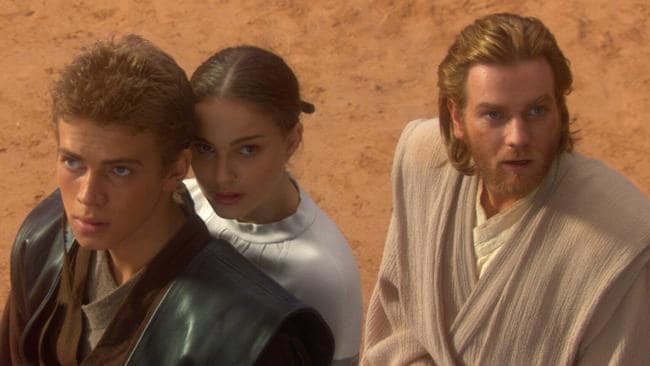 Among Lucas’s influences on the classic trilogy was Greek and Roman mythology, so it made sense to include some of the hallmark pieces of historical architecture. The Geonosians combined the hive like bug nature of Starship Troopers style creatures with a literal Coliseum inspired by the Roman Empire. Seeing Anakin, Obi-Wan, and Padme work together to upend the crowds’ expectations gave the first example of the trio working together after being in conflict earlier in the film. 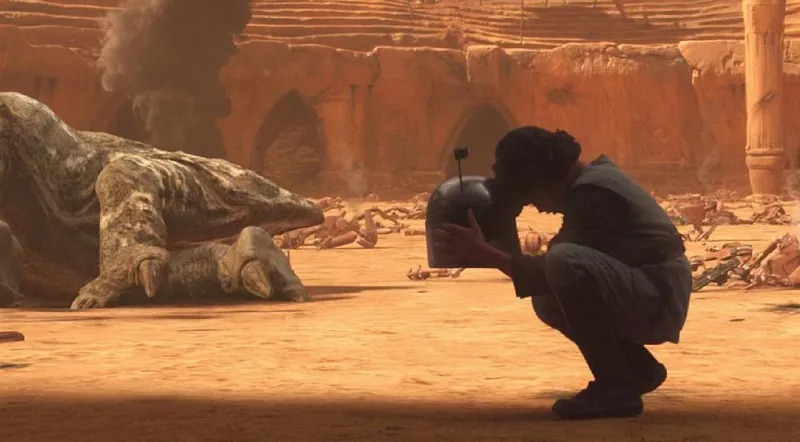 The death of Jango Fett also provided a key backstory to the most famous bounty hunter in the galaxy. While introducing a young Boba Fett may have sparked concerns that Lucas was taking the Mandalorian warrior in a more cutesy direction, he certainly didn’t get a happy childhood. Stealing Fett’s innocence at a young age helped establish him as a loner, and it's interesting that Fett rarely speaks about his father in subsequent material. It will be fascinating to see how Fett reckons with this tragedy as The Book of Boba Fett continues to play out. 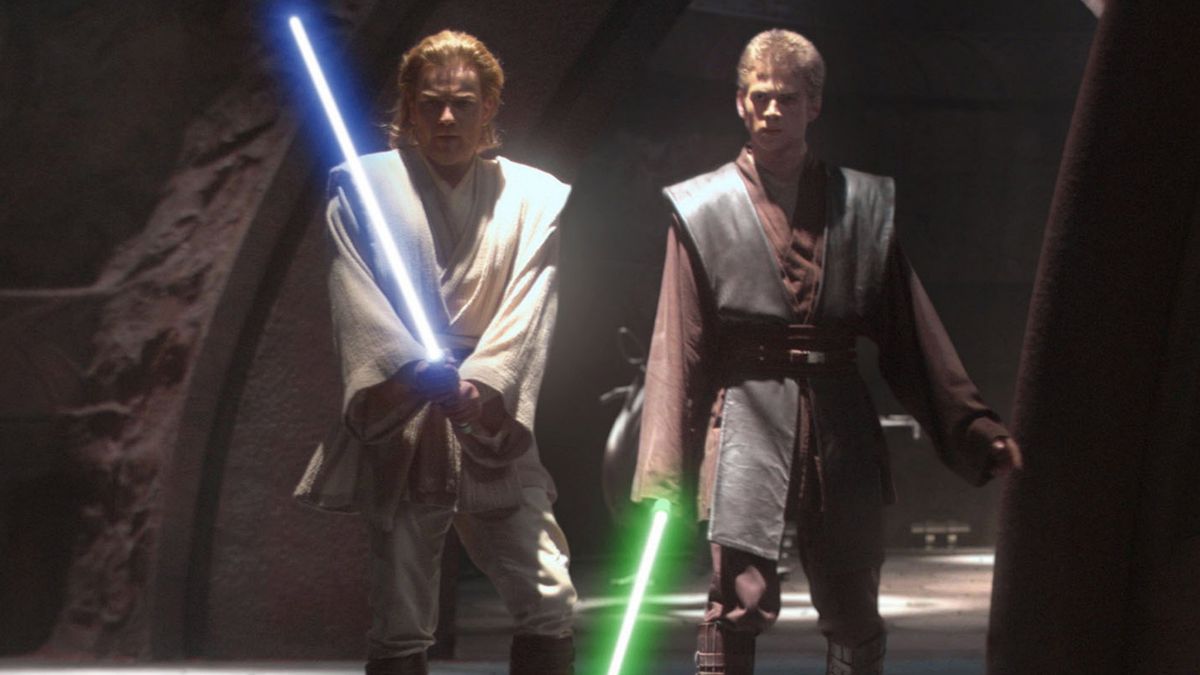 Perhaps the most important beat within the sequence was the eventual introduction of the clones and the beginning of the Clone Wars themselves. There’s a tragic element of seeing the Jedi forced to abandon their peaceful ideals in order to become military generals; Mace Windu and Yoda had once railed against the Senate’s intent to form an army and were forced to begin commanding their new subordinates. It was also a turning point in Anakin and Obi-Wans’ relationship; while they fight side-by-side and show a brotherly bond that had previously been absent, they’re once again in argument when they must decide whether or not to rescue Padme.

What do you think, Rebelscum fans? Do you have a favorite moment in the Battle of Geonosis? Who is the coolest Jedi in the battle? Let us know below, and as always, may the Force be with you!
You must log in or register to reply here.

Expand Your Mind - Battle of Christophsis