Who remembers these? I was home recently and my nephew was playing with my old collection. I looked on Ebay and these are shockingly cheap on the aftermarket. Also, they were amazingly well done toys. Seriously, incredibly well done. 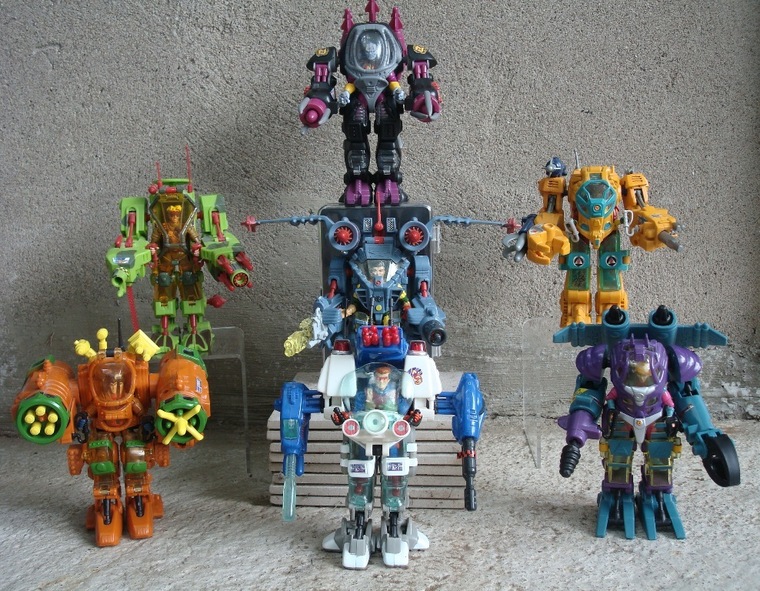 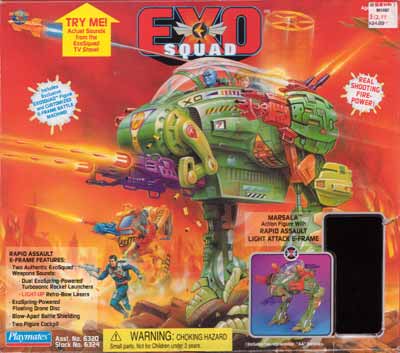 I rewatched the cartoon recently, too and realized the story was incredible! It was a children's cartoon that took war seriously. It wasn't like GI Joe where it was badly aimed blue and red lasers. People died all the time, the were consequences. It managed to cover racism, betrayal, slavery, uprisings, and war in a fairly realistic way. The color scheme and some of the character designs were a little out here and animation was kinda wonky at times, but it was still a pretty solid show. If ever something was in need a gritty reboot, it would be ExoSquad.

Exosquad was terrific. I still have most of my toys and seasons 1 and 2 on DVD.

I loved this show and these figures. The toys were amazing, and you're right the show was incredibly well done.

Wow! I'm excited to know other people loved this show as much as I did. Those toys look amazing, too! Thank you for posting this.

So, in the past few weeks, I've started rebuilding my collection from scratch. I left my old stuff for my Nephew to continue to destroy and have been picking up this stuff from eBay. I forgot how vague the decal instructions were for these things! Still, these were incredibly detailed toys. And they were completely spring-loaded to hell and back! It's a miracle that anyone was ever able to keep all the parts intact. They look amazing on display, too. The box art is gorgeous, too. I can remember being a kid and the excitement I got at seeing these in the store or tearing open wrapping paper and seeing that orange packaging. It was relatively cheap, too! Thanks to an eBay auction that went under the radar, I actually got Marsala's E-Frame with its box for 10.00, shipping included. How insane is that?!