This is an E-wing that was kitbashed for me. A fellow collector in a Facebook group was kind enough to build this awesome E-wing and let me paint it how I wanted to. He also posts here as DarthLakeBum. I believe he used a POTF X-wing for the body, and wings from a ARC-170. The entire ship was the same color of the nose. I wanted the ship lighter in color, and someone recommended Rust-Oleum Perfect Gray. I used that color, but left the nose alone as I liked the dark gray for the nose. The color I used for the wing markings was Wild Rider Red. I used tape to get the lines straight, then after I took a toothpick and scraped off some paint to give it a worn/used look. I based the markings off the Action Fleet E-wing. I gave the ship a black wash to weather it a few times, not sure how well you can see it. The laser cannons were 3D printed which was found on ebay, as stock ones from the POTF X-wing were a bit expensive on ebay. Whats cool is the hatch behind the cockpit that fits the astromech.

E-wings use R7 astromechs, so I found a R7 head on ebay and used it on an extra R2 body I had laying around. I'm just looking for a different head to use for the pilot so I have a "random" pilot. I'm looking at figures from either GI Joe or Elite Forces. 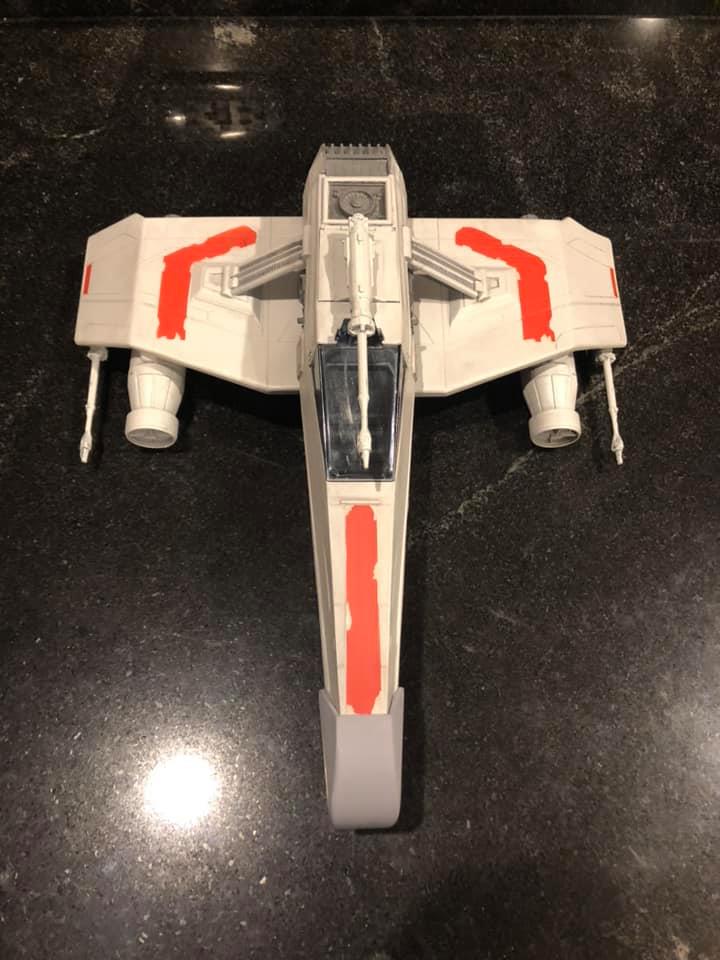 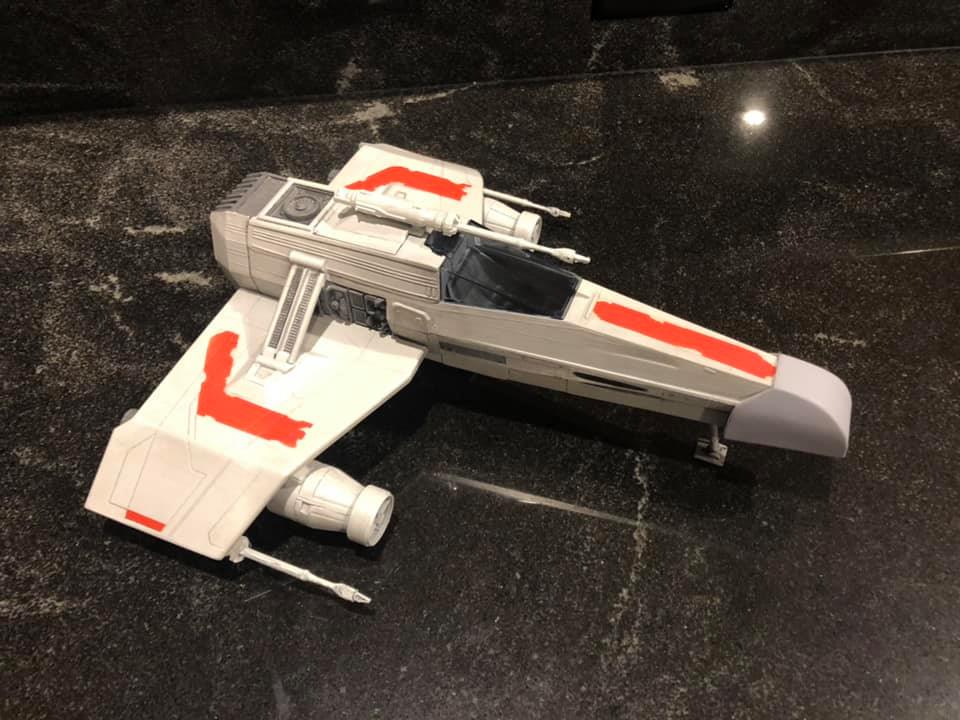 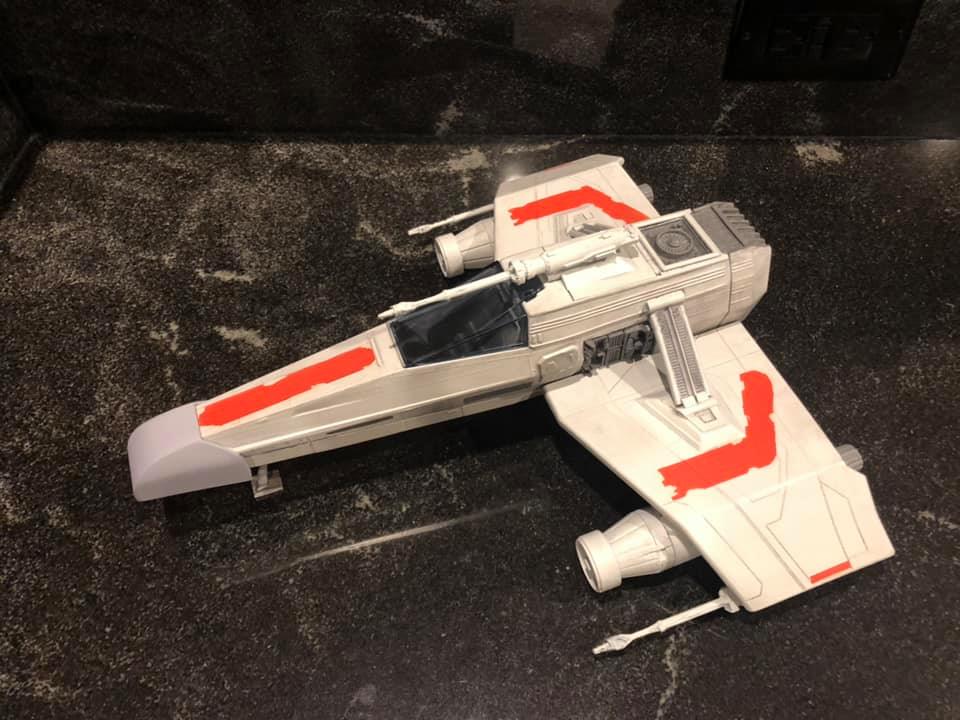 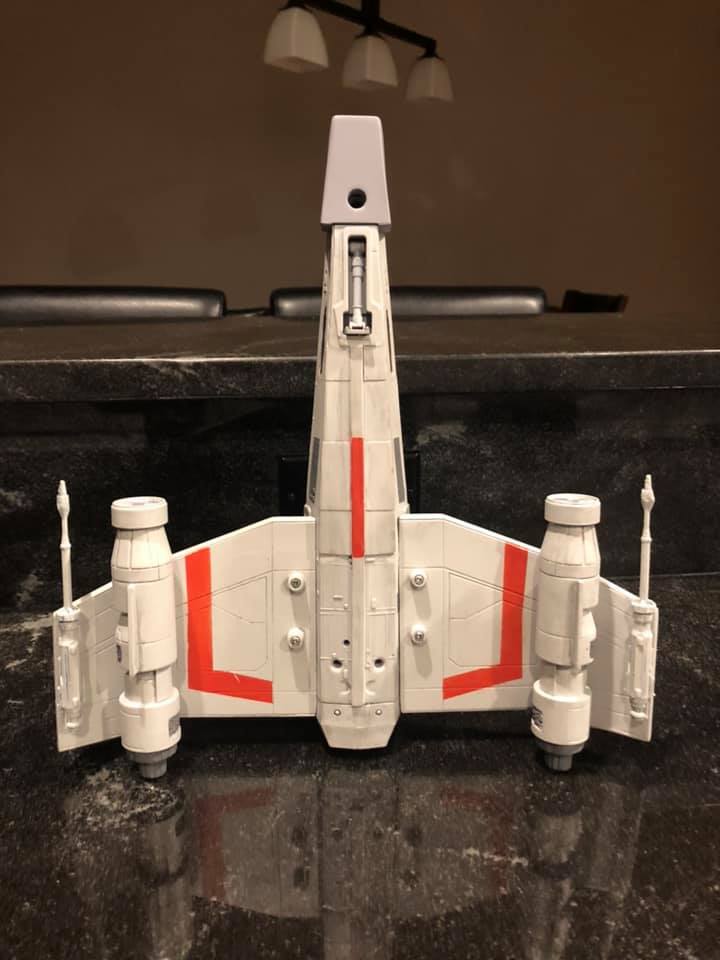 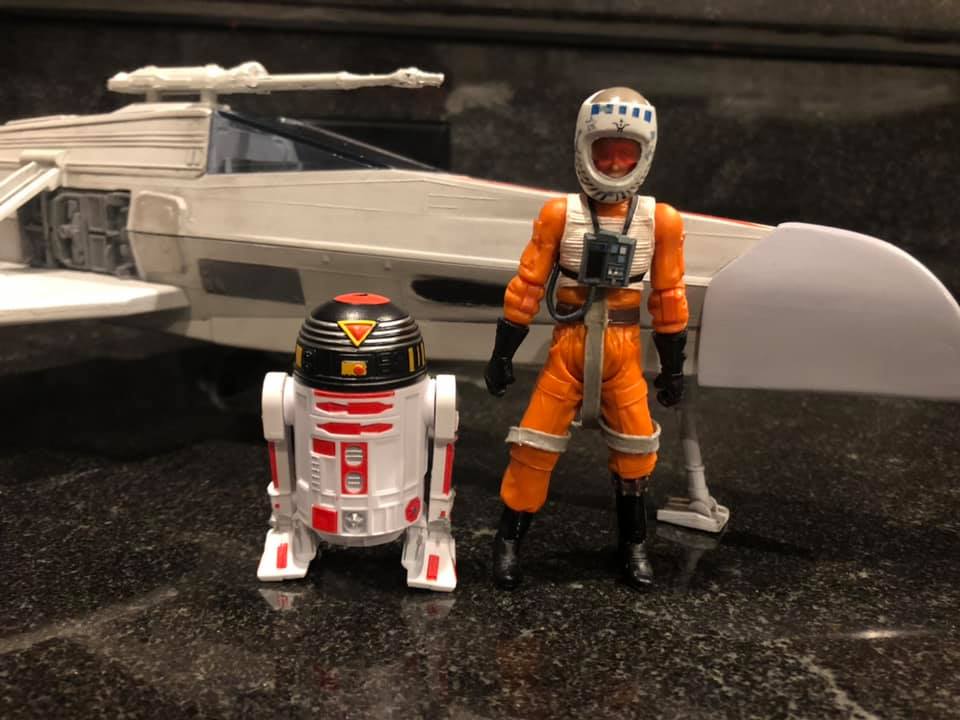 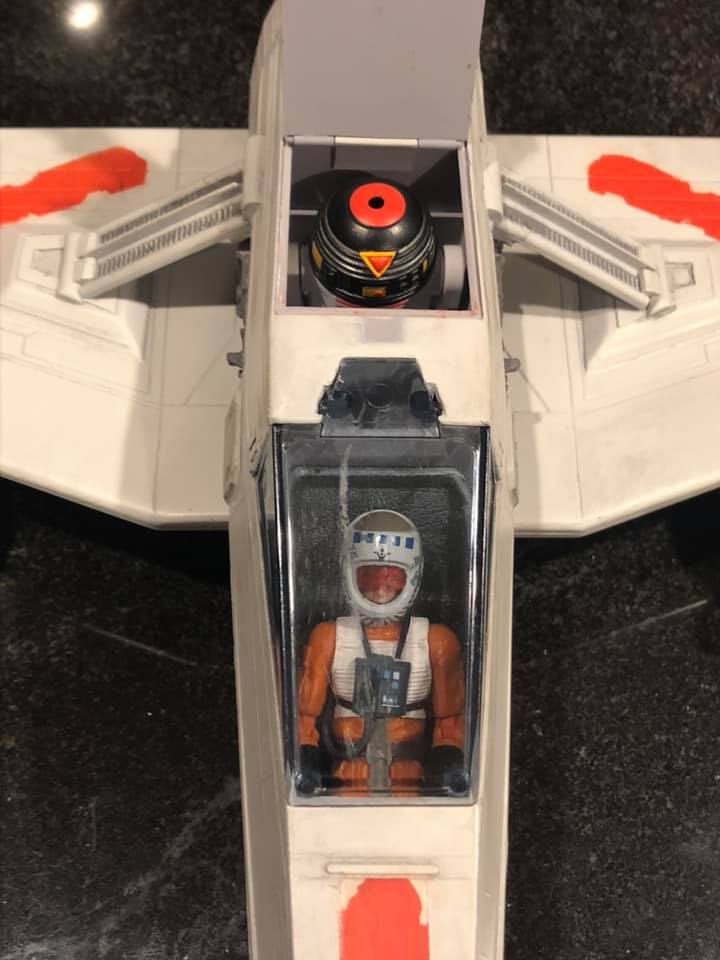 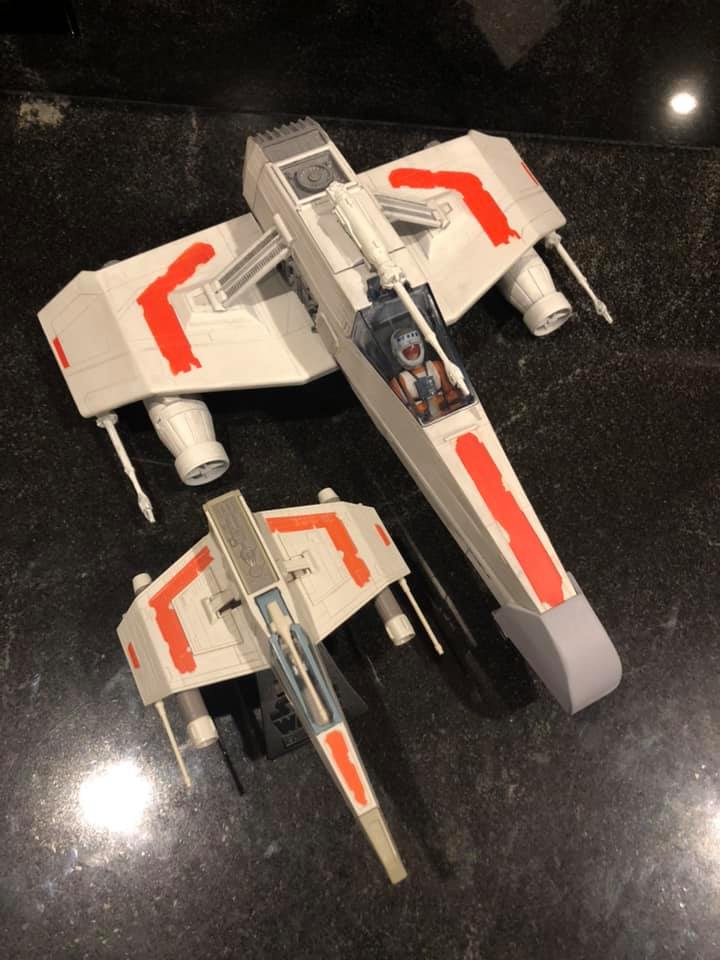 Looks great. It's a shame we didn't see more official EU vehicles in the 4" line.

Awesome! So glad it has such a good home. BTW, the wings and engines are from the V-19 Torrent. Now I've got to build another one for my collection! Thanks for sharing this here Goldleaderone!

I was able to find a cheap figure on ebay under the "Elite Forces" line. I boiled and popped the head off and dremeled out the neck. No modification done to the neck post. Now I have a random pilot for my E-wing, custom complete.