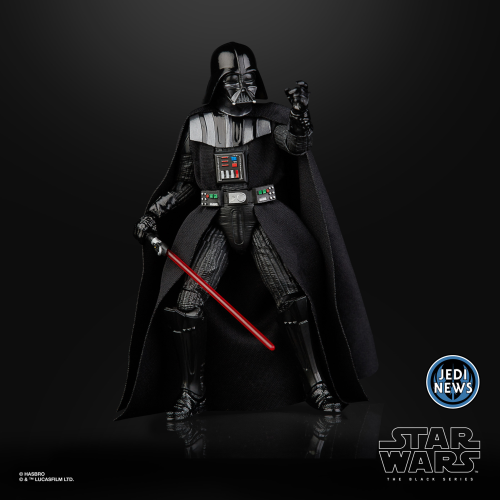 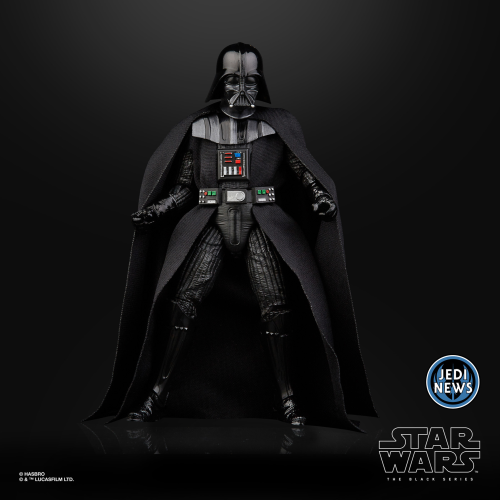 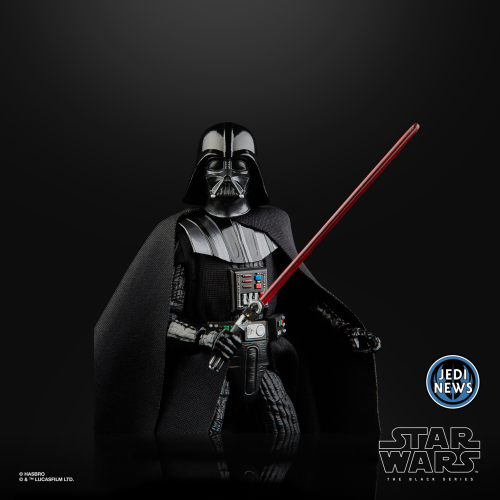 Probably...but I'll just sell my 40th Vader to make room for him.

I'll probably pick him up, but really hoping for swappable hands this time around

Yeah...I don't know. I already have two ANH 40th figures and an Emperor's Wrath that I painted the helmet all black. Not sure I need another Vader unless he brings more to the table than a recycled body and a new (?) head sculpt.

But who am I kidding, I'll probably still get him.

Why does this look like a figure of a child dressed up as Darth Vader?

And why the photoshopped lightsaber?

I’ll probably give this one a miss. I don’t really see the need for another Vader. I always thought the ROJ Vader actually made a better ESB Vader than it did an ROJ Vader if you follow me.

You can pose him perfectly like it’s “that” scene.

Is it just the 40th with the robe tucked and some extra paint?

An easy re-do for Hasbro.

Having said that, OF COURSE I'll be getting him!
D

Favorite figure from my favorite movie. Sure it’s just a little different but it’s a Classic.

This looks like an ANH Vader with different paint applications and the tunic tucked under the armor. Unfortunate as the ESB Vader should have been a completely different sculpt.

the head sculpt appears different...or at least the dome of the helmet.

An earlier edition for comparison: 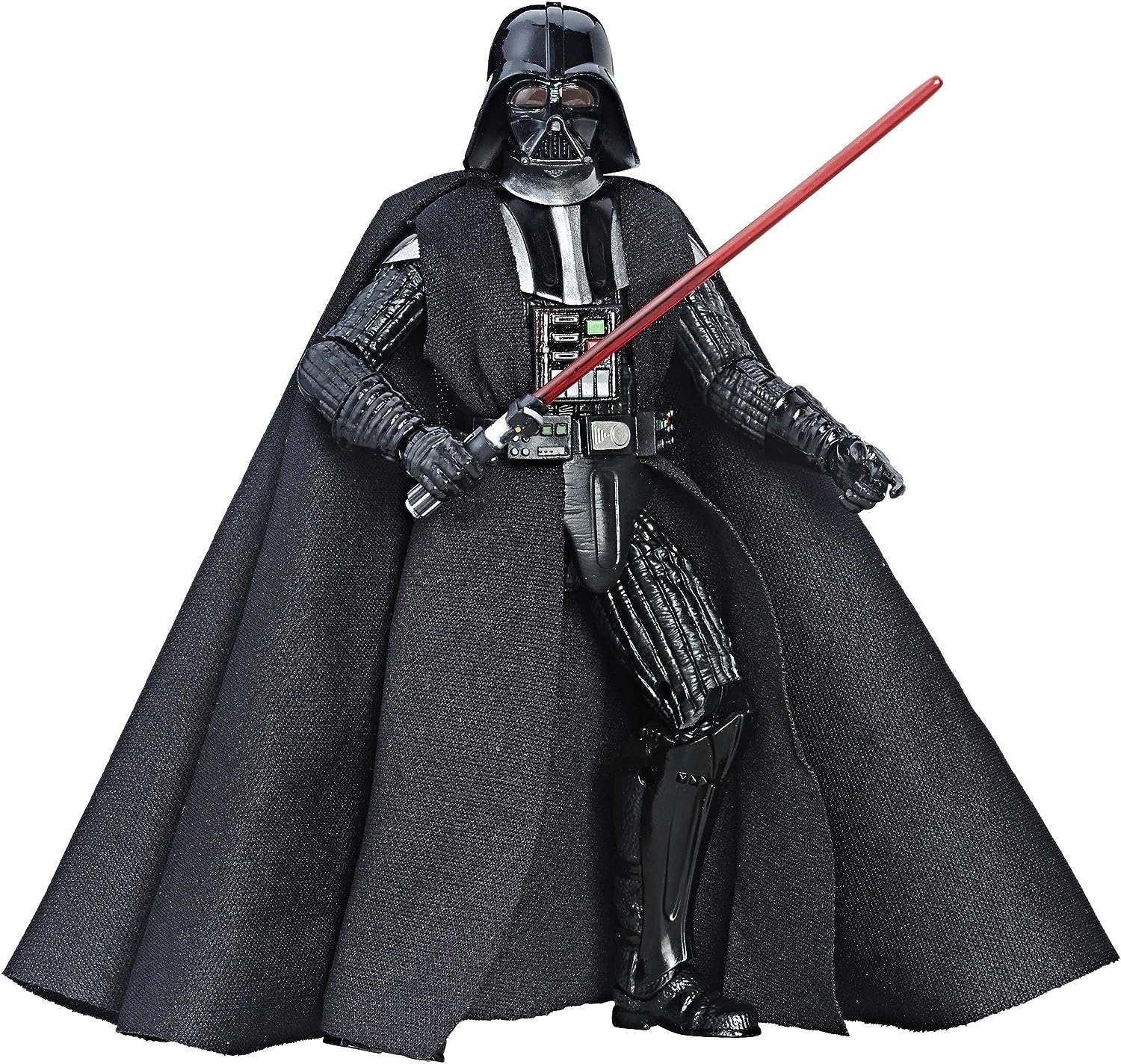 Torso and forearms would have to be new. Chest armor is new too. Pretty sure the head sculpt is also new.

DarthVerboten said:
Torso and forearms would have to be new. Chest armor is new too. Pretty sure the head sculpt is also new.
Click to expand...

The cape looks like a less material which is a welcome change.

Looks like the gloves are new and the chest box has some very minor tweaks to add some of the extra details that were on it in ESB. And of course the new paint job and the robe under the chest armor. I’m not sure about the dome... at most it looks like maybe they removed the widows peak, but the 40th anniversary figure didn’t have a real prominent widows peak to begin with so its hard to say.

Overall I agree it’s a tad disappointing. I fully expected them to use the 40th fig (which is a GREAT ‘77 Vader. Maybe even the best!) as a basis for this, but I was hoping for more prominent mods to make it more definitively ESB. As is it still looks like 70’s Vader with an ESB veneer thrown over the top.

EDIT
On closer inspection it looks like the chest box is, in fact, entirely new.
D

It's definitely a new head. The grill under his chin is much larger than on the ANH figure. 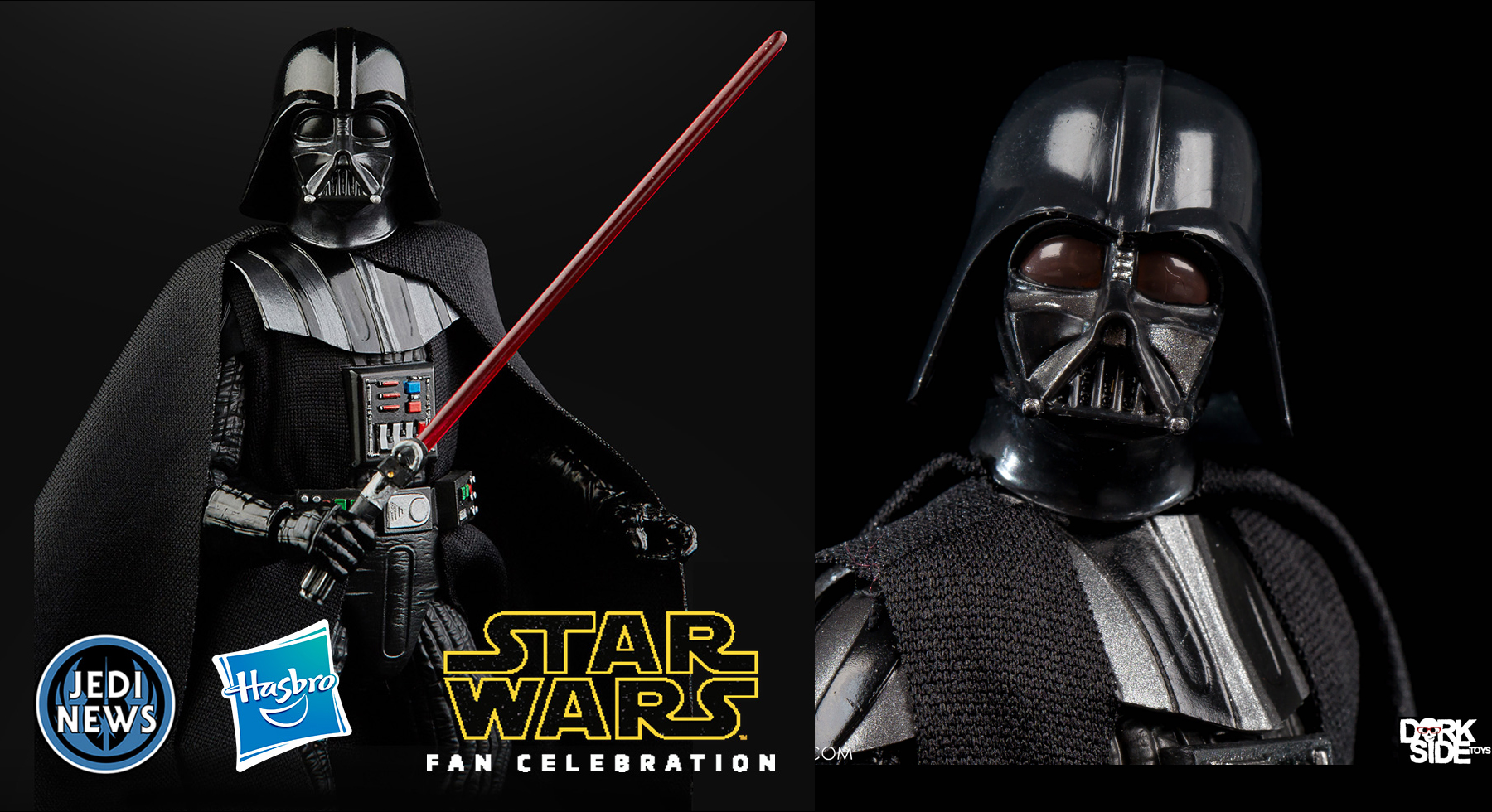 Kind of happy with the other Vader figures I already have in the collection.
D

Well, this is the version of Vader I've always wanted. Given that the only reason I bought my first Black Series figure was because I wanted a Darth Vader to go on my desk, and I ultimately ended up disappointed with the RotJ version's terrible helmet and bow legs I'm quietly excited. The ANH one is great, but I just prefer the ESB/RotJ look.

He looks pretty good, but it is kinda hard to tell from this photos. I have to say those are some awful glamour shots. Normally, it's not something I care about but why have they got him in that weird half-squat pose? The ANH Vader balanced pretty well standing almost straight up, so I hope it's not a balance issue.

It looks like they've finally got his cape and kama material down to a reasonable length that won't pool around his feet, which has always been my biggest gripe with the ANH version. But again, it's hard to tell when he's not standing at full height.


Lot of people saying he's not as different as they expected, and I'm really not sure what they mean. The chest box looks slightly different as it should, but more importantly the upper chest armour is a different shape. It touches the top of the chest box on the ANH figure and doesn't here - so at the very least that piece is a new sculpt. The gloves are sculpted differently, as they should be.

The helmet looks subtly different to me too, though admittedly that could be a combination of paint, angle and lighting. I feel like the neck piece is smaller, again as it should be. Hard to say, but it looks like the top of the dome is shorter and I think the helmet flare out to the sides less. If so, that's all accurate to the relatively subtle changes in the films. The important detail is that it's glossier, and that we're finally getting a TBS Vader with black eyes. Regardless of what colour the lenses actually were, it looks better and more like what we see with film lighting and colour grading.

The generally glossier paint on the suit as a whole looks good, too.

Everything else might be the same (same leg sculpt, presumably) but what would people expect? The costume differences at that level almost certainly aren't worth a brand new sculpt. The paint will do most of the work.

Might be just because it's a prototype, but the lightsaber sculpt looks a little softer. I hope that's not true of the final version, because the ANH is decent, and the differences between the two movie props are so small you're never going to pick them out at this scale, so they may as well just reuse it.

Either way, he's the first figure I've been absolutely sure about buying in a long time. Between him and the Hoth Trooper, my ESB collection is looking pretty complete. I'd take a 2-1B, Snowspeeder Wedge, Hobbie or Wes Janson but there's not much else I can think of that's missing. Lobot and an Ugnaught, I guess. Maybe a General Rieekan, Toryn Farr or Bespin Wing Guard for the truly hardcore?
E

Fun fact: the ANH version of Vader incorrectly comes with his TESB lightsaber.

It'd be accurate if they use it for this release. (Unless, for some reason, Hasbro decides to instead pack the ANH lightsaber).

I find it really hard to resist Vader and Boba figures. Chances are decent that I'll end up with this one.
J

Yeah I have no desire for another Vader figure. I loved the 40th that came with the stand for the card back. Always loved the card art from that figure.

As much as l love my Mafex Rogue One edition and 40th version. I still can use another Vader!

As someone who organizes shelves by movie, I’m very excited for TESB Vader- if just for completion’s sake. ROTJ and ANH already have theirs, so it’ll be great to complete the OT Vaders (with the exception of Cave of Evil Vader).

Doop said:
As someone who organizes shelves by movie, I’m very excited for TESB Vader- if just for completion’s sake. ROTJ and ANH already have theirs, so it’ll be great to complete the OT Vaders (with the exception of Cave of Evil Vader).
Click to expand...

I do the same as well! Organizing them any other way wouldn't feel right for me.

Yeah, I do the same, so I have to have multiple Vaders, 3- P0s, R2s, Chewbaccas, etc. otherwise my displays don't seem complete. I actually bout an extra ANH Vader not too long ago so I could put his robes underneath his chest armor and make him into an ESB Vader. Not sure if I will still do that now or just wait for this one. I'd like to see some better pics or a review.

There’s a Darth Vader in the 3rd Vintage wave, it should be this one

I do wish the top of his helmet removed to work for the meditation chamber scene. Though if we were ever to get that as a set piece I'm sure they'd sell us another Vader with it anyway.

GarvenDreis said:
I do wish the top of his helmet removed to work for the meditation chamber scene. Though if we were ever to get that as a set piece I'm sure they'd sell us another Vader with it anyway.
Click to expand...

It would be awesome to get that Sith meditation chamber

GarvenDreis said:
I do wish the top of his helmet removed to work for the meditation chamber scene. Though if we were ever to get that as a set piece I'm sure they'd sell us another Vader with it anyway.
Click to expand...

Do we know that it doesn't? Hasbro has been known to surprise us...from time to time. Look at Zorri Bliss for instance.

From what I can tell looks like Vader will have the deep elbow cuts and the single hinge knees.

From what I can tell, it's the same body as the ANH Vader If you look closely, you can see he has double hinged knees. You can just barely see the second pin.

Billy_Ray said:
From what I can tell, it's the same body as the ANH Vader If you look closely, you can see he has double hinged knees. You can just barely see the second pin.
Click to expand...

I haven't seen this one up for pre-order yet. Will it be an exclusive?

It should be in wave 3 of the 40th Anniversary figures along with Boba Fett, Dagobah Luke, Chewbacca, and I forget who else