I know this toy isn't official Star Wars but it works well with any 1/18th figure.

From heroic headquarters to villainous volcanic lairs, RaginSpoon Toys has the playsets and dioramas your action figure collection deserves for display and play!

COMPLEX Base Building System gives you the ability to build structures as simple or as astonishing as you want, there are no limits to what you can create!

The COMPLEX Base Building System currently consists of Series One which includes a two-sided floor set with four connectors, and a wall set with two door panels, one step connector, and one end connector. Available for purchase at SmallJoes.com and BigBadToyStore.com.

Raginspoon Toys is expanding our line through this Kickstarter with many new, exciting items from robot arms to epic space walls. So let’s begin.

make sure to get in on the COMPLEX Base Building Systems Series Two Kickstarter Here! https://www.kickstarter.com/projects/complexbases/complex-base-building-systems-series-two


Once funded, the following items will be available:

The Robot Arm
Concrete Columns that convert into I-beams
Laser Weapons System
And our first accessories pack
Once the first tier is funded we will push into the stretch goals which include:

Missile weapon system
Robot Arm in Yellow
Stairs and Rails
Accessory Set 2 which includes a functional door and new computer console
Catwalk Full Length
Catwalk Mid Length to help you reach around those corners.
Robot Arm in clear which also doubles as a flying figure stand.
Mod-u-wall
And finally the Not Named Wall with removable panels
All the new items are completely compatible with the modular series one.

Raginspoon Toys began making custom cast parts in 2008 and launched the retail line of Complex Base Systems in 2018. Our build-your-own base system is designed to work with the 1/18th scale but many of the parts will fit in well with the 1/60th and 1/12th scales.

We know you are just as excited as we are to get these new expansion in your hands! Make sure to pledge quickly and share this Kickstarter with your friends! 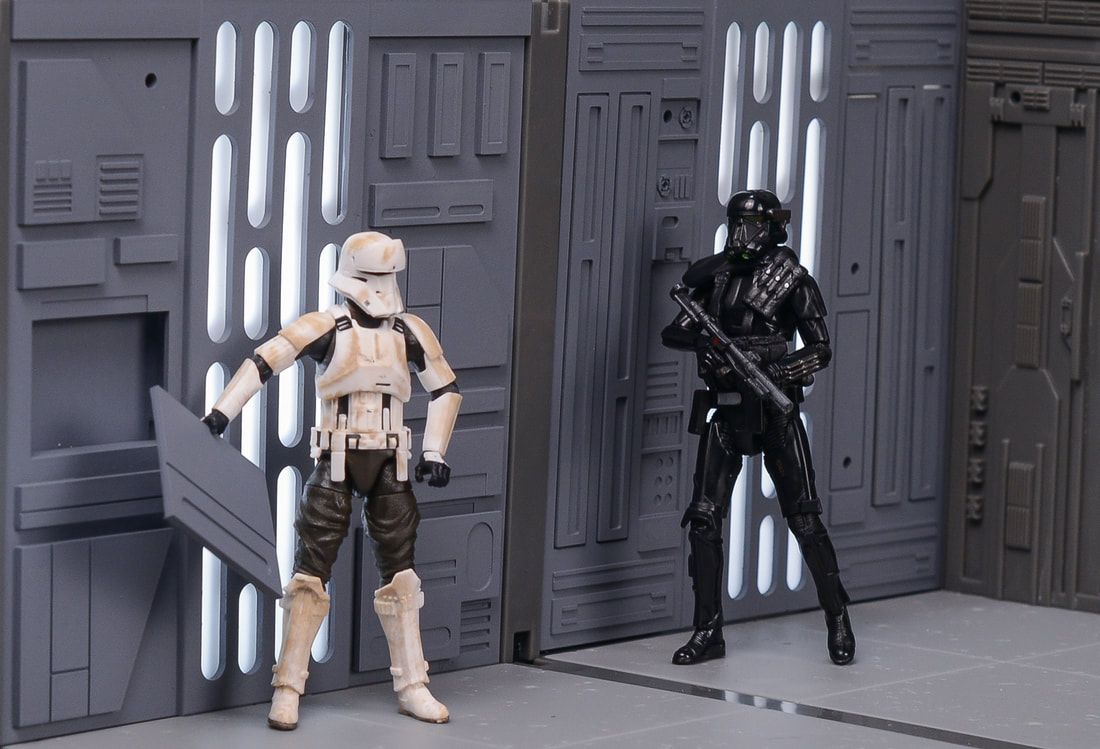