Dad has wanted to add the Clone Wars version of Saw Gerrera to the collection for a long time now. So much so that he took it into his own hands to make it happen. The head was originally a modified Clone Wars Anakin Skywalker that Dad completely re-sculpted to more closely assemble Saw's animated persona. Dad borrowed the lower legs from the same figure and completely changed their appearance with Geen Stuff and Aves Fixit to mirror Saw's onscreen look. The arms, hands, waist and thighs were from the Clone Wars Quinlan Vos action figure. Of course those were heavily The upper part of his torso was fabricated from the top of the Clone Wars Phase II Clone Trooper. In the end though, this ended up being a 100% sculpted action figure since all the parts used were only a base on which Dad built onto.

Once Dad started Saw, I just had to make a Steela. The legs are from the Clone Wars Padme, the forearms and hands are from a Cato Parasitti. The rest of the figure was a Clone Wars Aura Sing. From there I just sculpted in everything that needed to be there.

We just loved adding this brother/sister set to our collection. Their appearance on our shelves was long overdue! 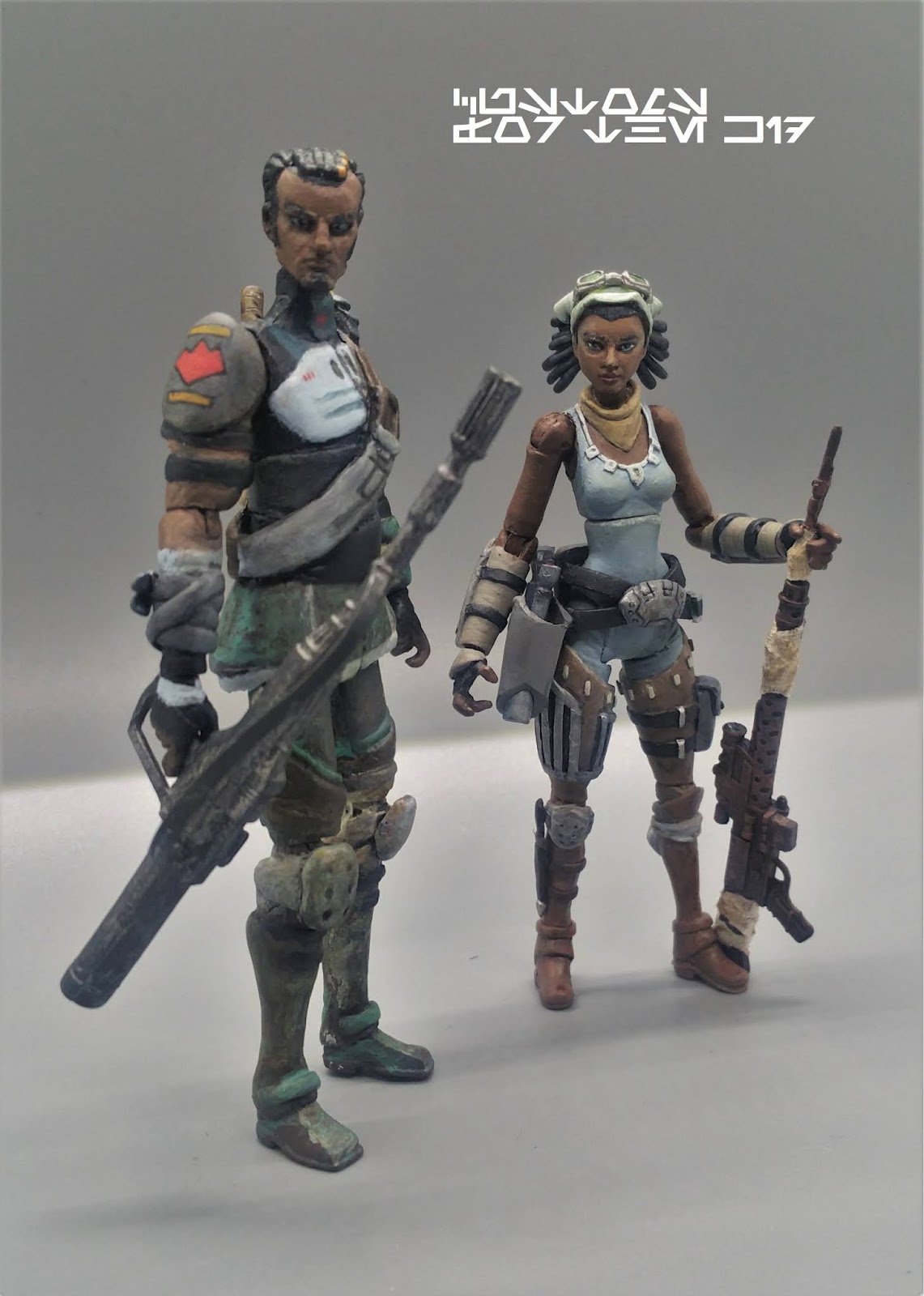 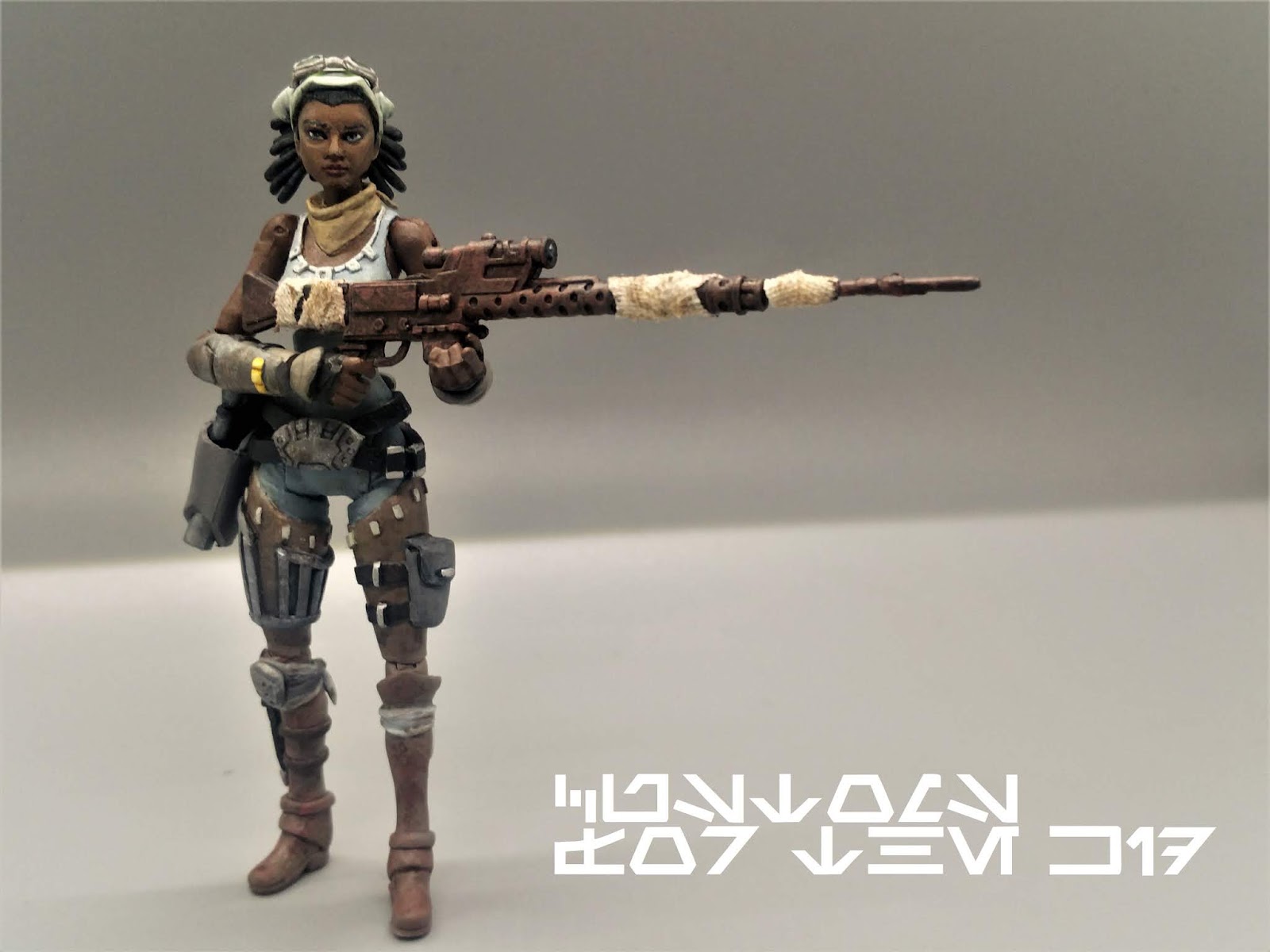 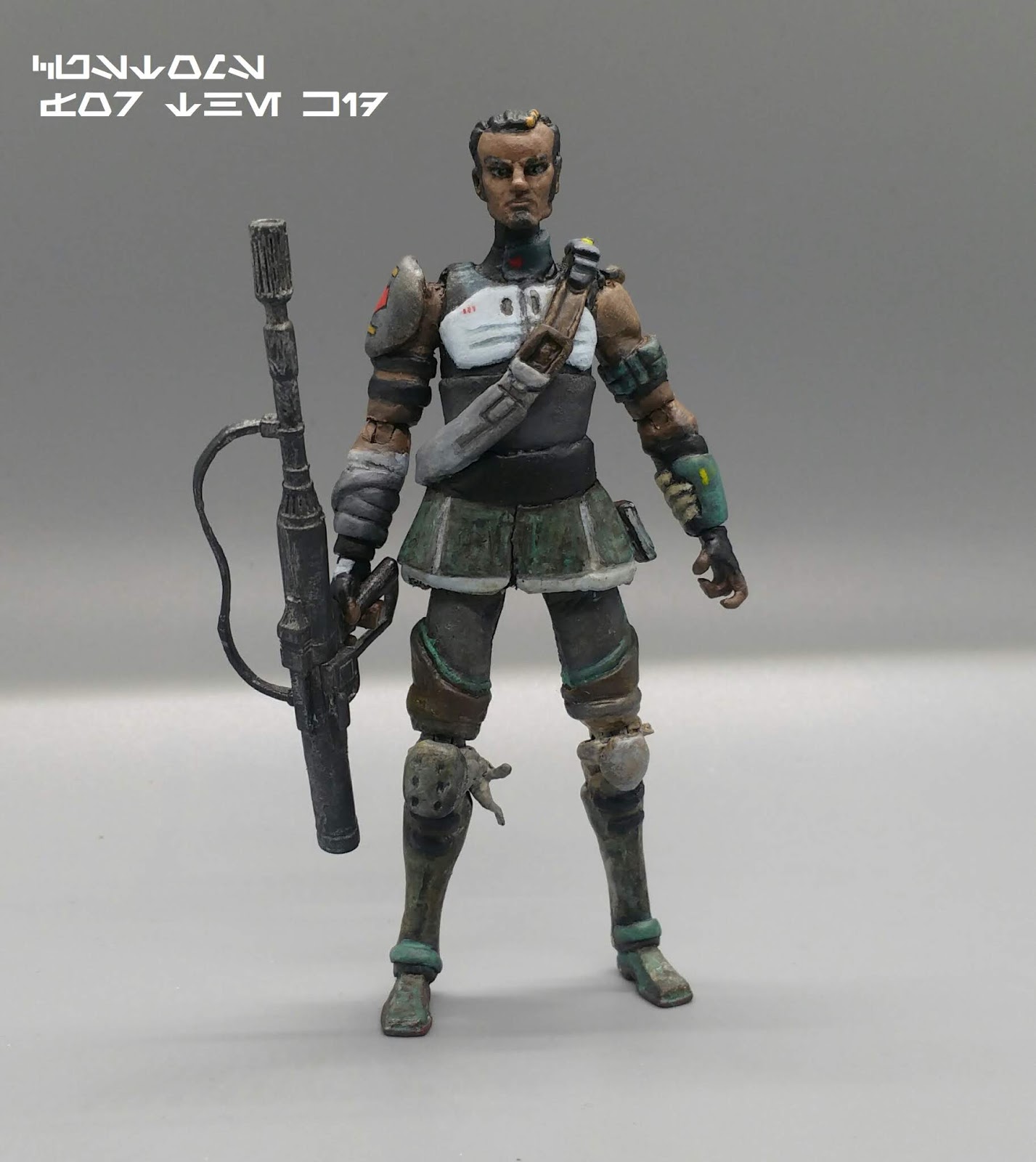 As always, you prove why you’re the best.