This is my favorite 2-pack from wave 2, a cool alien and a strange new droid, awesome combo. The detail is also as good as figures from the TBS or any other 'premium' line.

I'm very excited ... I found one this morning at the Stamford Target. :awesome:

It was the only Mission Series 2-pack displayed ... as a matter of fact, these were the only Star Wars 3.75-inch action figures available for sale at all!

I sincerely hope that this set was the hardest to find and the worst is behind me. :grin:
C

This is up on Hasbro Toy Shop right now, use code family2015 for 20% off plus free shipping.

coeli said:
This is up on Hasbro Toy Shop right now, use code family2015 for 20% off plus free shipping.
Click to expand...

Bummer, all gone (as is Sabine, obvi).

See, this is what annoys me. Always when I'm at work, or sleeping...

Got this one in the mail today and was disappointed in the QC. I thought the paint issues were fixed on the newer waves, but Vizago is a mess. Half of one horn is unpainted, one eye is painted closer to his cheek, his sideburns aren't painted in full and there are several splotches of black paint on his neck and chest.

Other than articulation, these two figures really aren't bad, but the paint job was terrible...
P

Found at a grocery store today. IG-RM is fantastic!
P 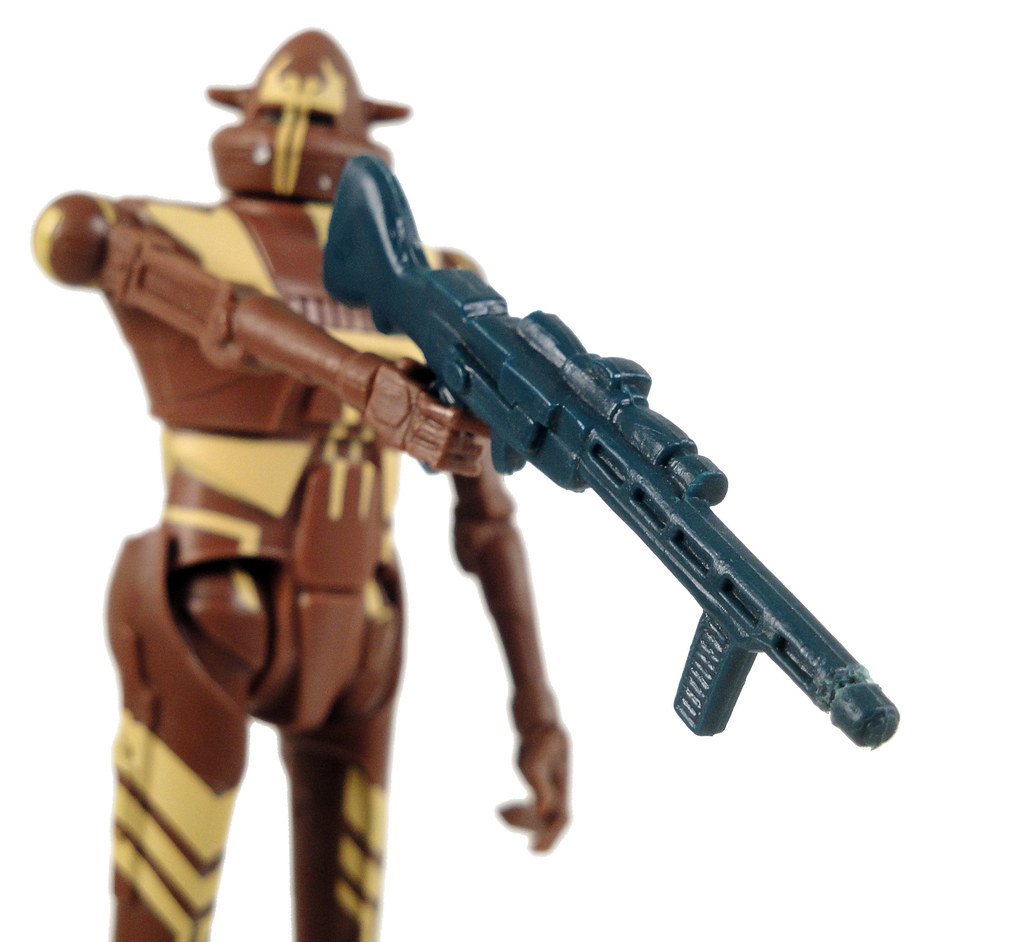 I put together more photos and a review over the weekend if anyone is interested: Review – Star Wars: Rebels Cikatro Vizago and IG-RM Loving this entire line! 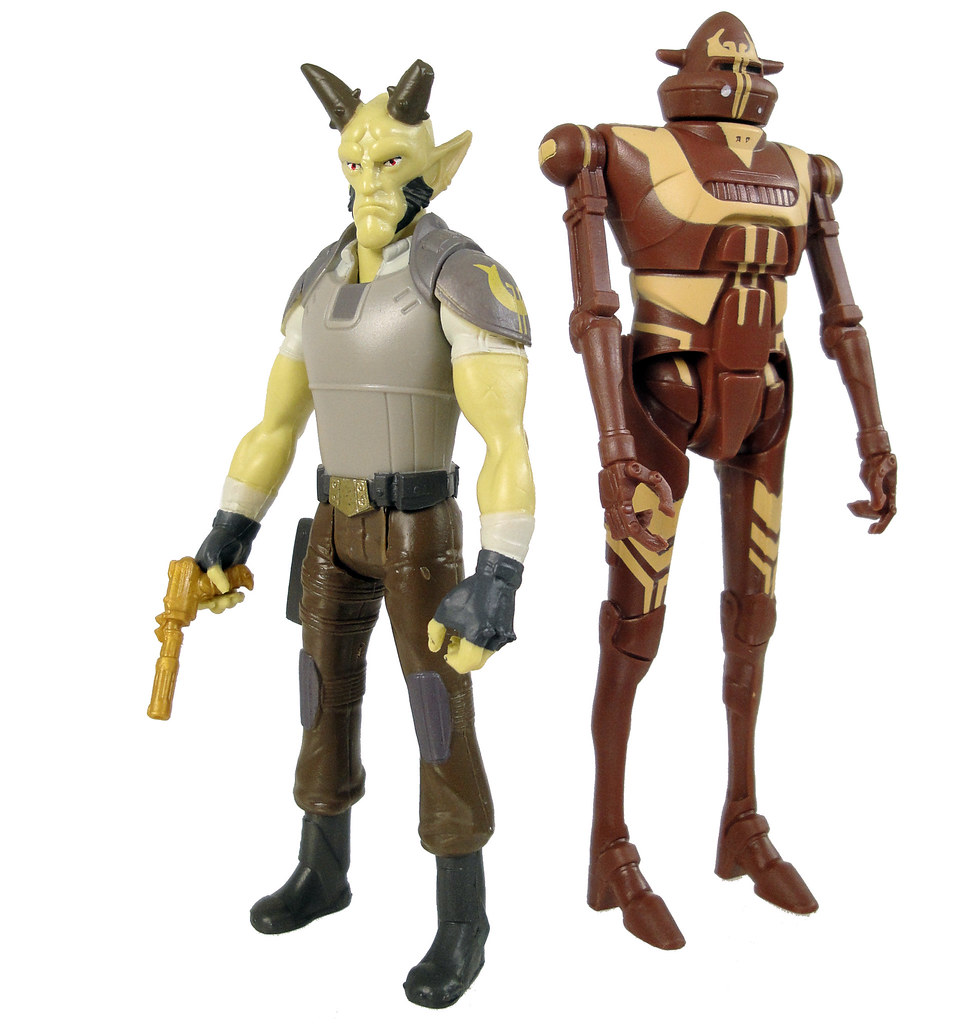 Liked your vintage snowtrooper rifle idea. Do you know what kind of gun he's shown with on the show?
P

Autocorrect gets me too often. And thanks!
P

redwillow said:
Liked your vintage snowtrooper rifle idea. Do you know what kind of gun he's shown with on the show?
Click to expand...

When did these guys appear on the cartoon? I am only on Season 3, and I don't recall seeing them yet.
Star Wars Mission Series Cikatro Vizago and IG-RM from Star Wars The Clone Wars They appeared a few times in Rebels, not The Clone Wars.

I thought about breaking out the sarcasm. But I guess, not every thread needs it.

Just opened mine, both are really nice figures. Cikatro really doesn't have much neck movement and IG-RM could've used his blaster but overall a decent pack and I hope they both get more screen time in the next season.
S

Grabbed this pack on sale at Kohl's last night, meaning I got it for more or less regular price.

Although I doubt Hasbro does any of these Rebels figures realistically or articulated in the future, besides the arms being different (and I'd be willing to take artistic liberties for the sake of a repaint), they could repaints the concept IG-88 figure in several colors. Did some comparing, and like I said, arms aside, and the fact IG-88 has holsters, they are nearly identical in terms of design.

I found this one at Kohl's over the weekend as well! First time seeing it in the wild! They had one set of this and a handful of the Wookiees, but sadly no Sabine. Still haven't seen that one in stores ever.

After months of searching I finally found a decent gun for IG-RM. To me the blaster they use on the show looks somewhat like an old German FG-42 rifle, so after alot of searching I finally found something that came close to it. Way back in 1995 GIJoe's Sgt Savage line had a very similar rifle that came with the General Blitz figure. I found the rifle itself on ebay cheap and got it in the mail today, it works great. It isn't a perfect match but I think it's close enough until Hasbro actually makes it. The rifle fits in IG-RM's hand so well it's almost like it was made for it, the trigger finger even fits perfectly inside the trigger guard. The only real issue is that compared to the blaster on the show the toy's butt stock is entirely too large, I may trim it down eventually.

You can see the figure over on Yojoe.com at http://www.yojoe.com/sgtsavage/blitz.shtml

The rifle I used it the second one from the left.
M

My patience paid off! Watched this set sit and warm the shelf at kohls for months and finally got it yesterday for 6bucks! Great deal for 2 brand new figures

Machew_Man said:
My patience paid off! Watched this set sit and warm the shelf at kohls for months and finally got it yesterday for 6bucks! Great deal for 2 brand new figures
Click to expand...

Saw this two pack at Kohls a couple of years ago, I passed. Kicking myself now, never saw it again. congrats on the find.
M

Ashy_Larry said:
Saw this two pack at Kohls a couple of years ago, I passed. Kicking myself now, never saw it again. congrats on the find.
Click to expand...

It's BOGO half off, but they wouldn't honor that for clearance items, otherwise I would've gotten the rebels wookie pack too. They have 2 for 6 bucks each pair
You must log in or register to reply here.
Share:
Facebook Twitter Pinterest Email Link
Top