Greetings, Rebelscum fans! This week on the site we’ve covered the epic nineteen books that make up The New Jedi Order series of novels. make sure to check out our base "Expand Your Mind" article that explains the series’ history, its importance within Legends, and the coolest collectibles you’ll want to get your hands on. Make sure to check out our "Timeline Breakdown" that explores the connections to other Star Wars Legends media, and with "Force Casting" article where we'll fan cast some of our favorite characters! Also be sure to subscribe to our YouTube channel to see Bobby’s videos covering the subject. 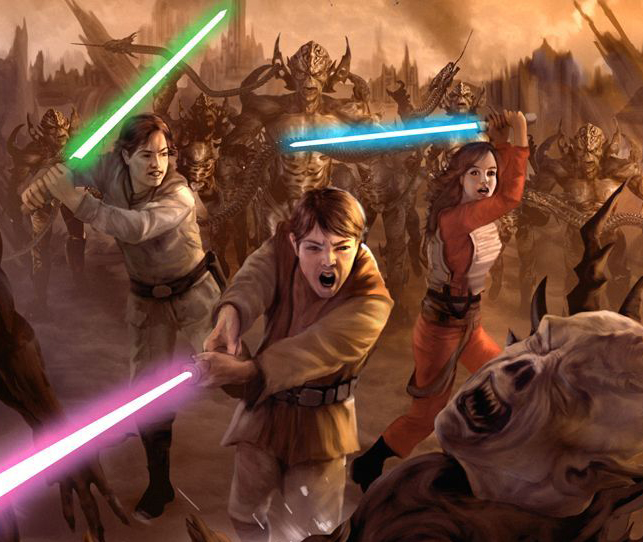 Although fans were eager to see the further adventures of Luke, Leia, and Han following the end of Return of the Jedi, Star Wars has always been a generational story where the Jedi teachings are passed down to a younger batch of heroes. While the sequel trilogy introduced Rey, Finn, and Poe as the next central trio, the early Expanded Universe featured Han and Leia’s three children Jacen, Jaina, and Anakin in starring roles. 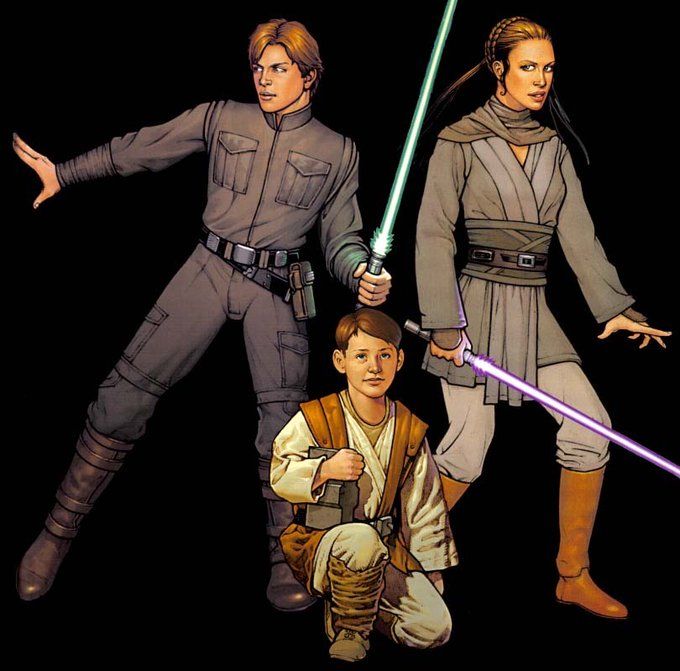 The twins Jacen and Jaina were born in The Last Command, the final installment in Timothy Zahn’s Thrawn Trilogy of novels, and a third child, Anakin, was born in the comic series Dark Empire II. The three Solo children were raised within the New Republic alongside their parents, but early on they began their Jedi training at Luke Skywalker’s Jedi Academy on Yavin IV. 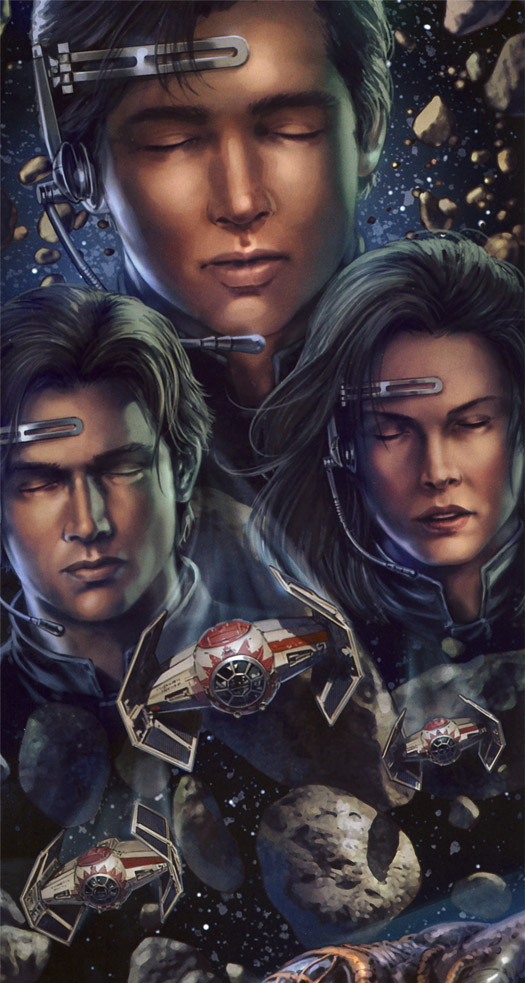 Like all great Star Wars trios, the Solo children had contrasting personalities and developed a unique repertoire between them. Jacen inherited much of his father’s charismatic rogue energy, but was also tempted by the darker impulses of his grandfather Darth Vader. Jaina had much of her mother’s independent spirit and level-headed practicality, particularly during the heights of the Yuuzhan Vong. Anakin, the youngest and most idealistic, was often attuned to the natural world through the Living Force, sharing many qualities with his uncle Luke. He was also a gifted pilot like his father and grandfather before him. 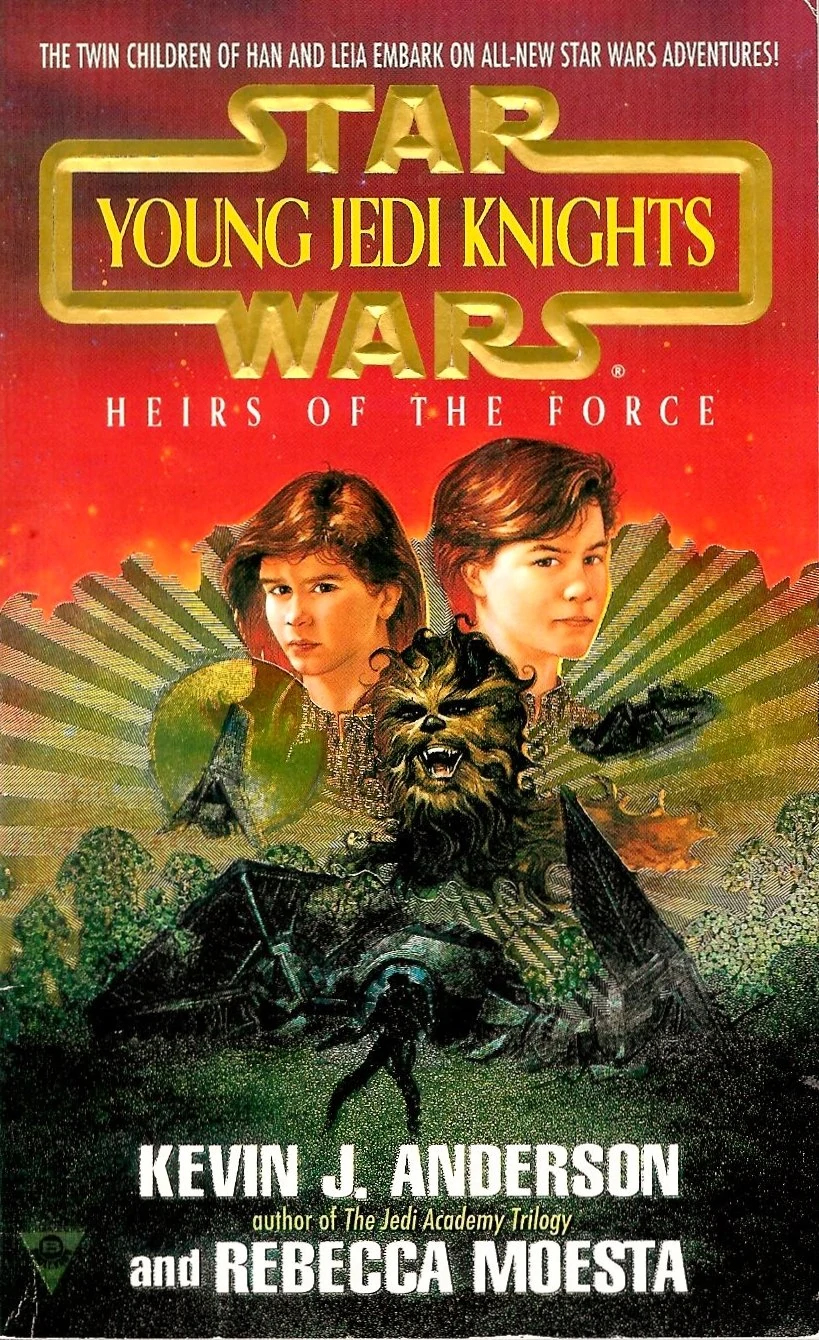 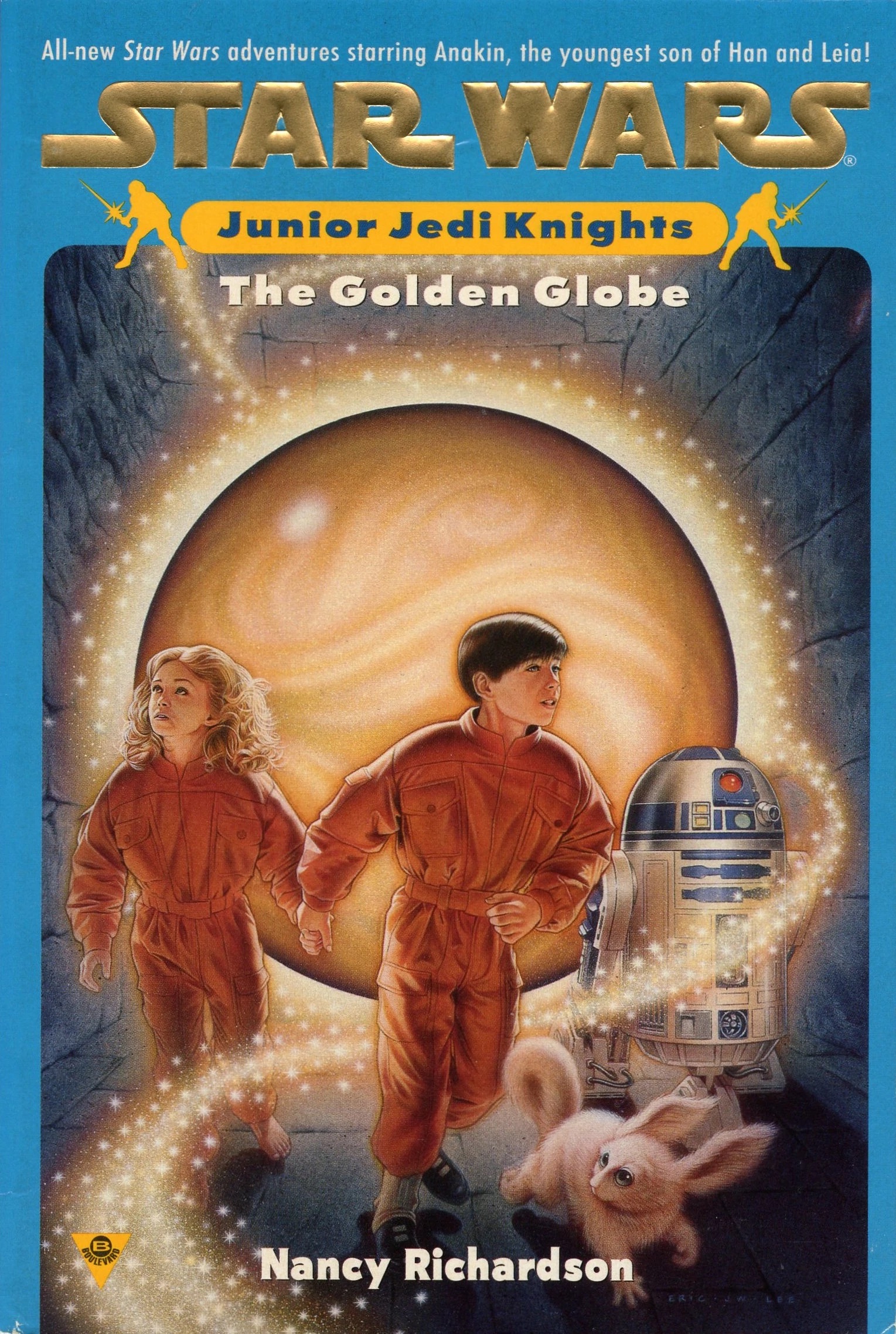 The childrens’ training was depicted across the course of a YA series, with Jacen and Jaina leading the Young Jedi Knights series that introduced characters like Tenel Ka, a stern, no-nonsense aspiring warrior who eventually develops as Jacen’s love interest. Anakin’s training was depicted within the Junior Jedi Knights series, which foreshadowed a future where he’d become one of the wisest and most powerful Jedi of his time. Tragically, this was a prophecy that would never come to fruition.

Originally it seemed like Anakin would be the core protagonist of the overall franchise with Jacen perishing early on, but it was George Lucas himself who vetoed the decision and suggested the roles should be reversed. As a result, Anakin was one of the many casualties of the Yuuzhan Vong war, and his death weighed heavily on his siblings as they grew to embrace different sides of the Force. 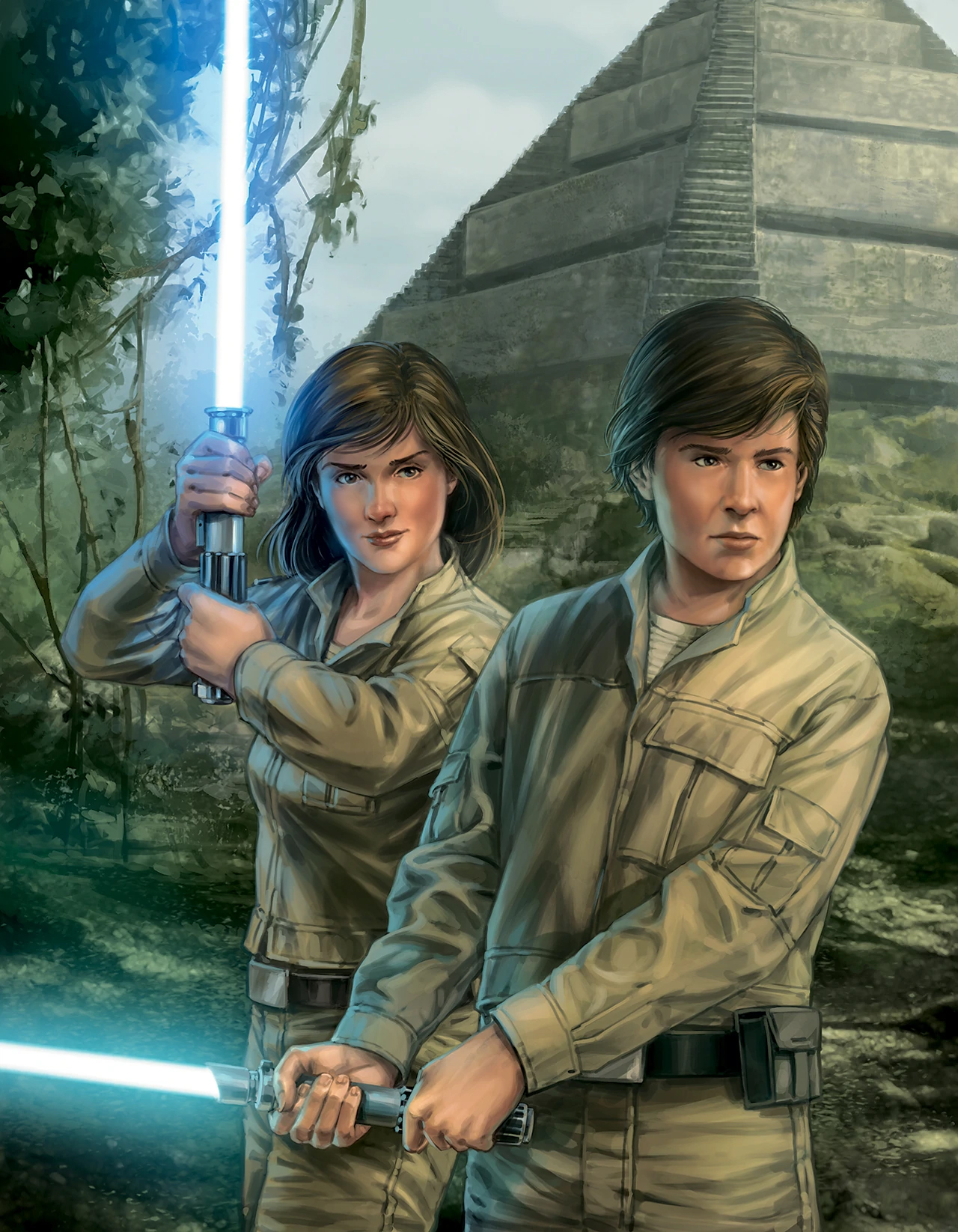 The New Jedi Order series saw the Solo twins growing up during an intergalactic conflict and introduced them to a wider audience of Star Wars fans outside of the YA readers. Excellent Star Wars authors including Troy Denning, James Luceno, and Greg Keyes among others developed mature characters who grew to embrace their destiny within the heights of the Yuuzhan Vong conflict. It was ultimately Jacen who emerged as the galaxy’s savior after his showdown with the Yuuzhan Vong overlord, not dissimilar from his grandfather’s heroism during the Clone Wars. Unfortunately for the Skywalker and Solo families, Jacen would go down the same dark path that Anakin Skywalker did. 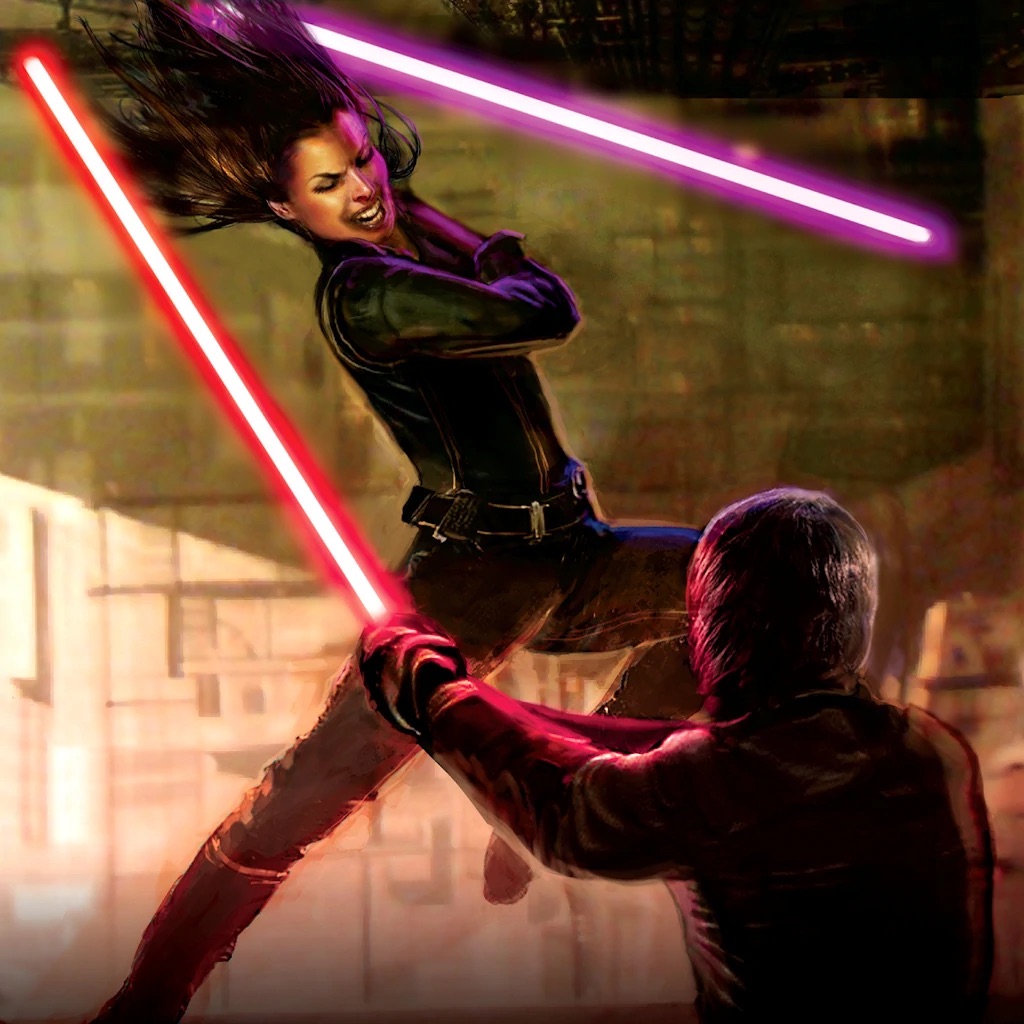 During the Legacy of the Force series, Jacen’s brooding interest in the dark side was grown as he was mentored by the Sith acolyte Lumiya, and his villainy was solidified when he murdered Mara Jade Skywalker. Becoming the Sith Lord Darth Caedus, Jacen reigned as the new flagship villain of the franchise until he met his end at his sister’s hands after she trained with Boba Fett himself in order to defeat her brother. The epic duel between siblings was depicted in the final installment in the Legacy of the Force series, Troy Denning’s Invincible. Jaina is left to raise Jacen’s daughter Allana. 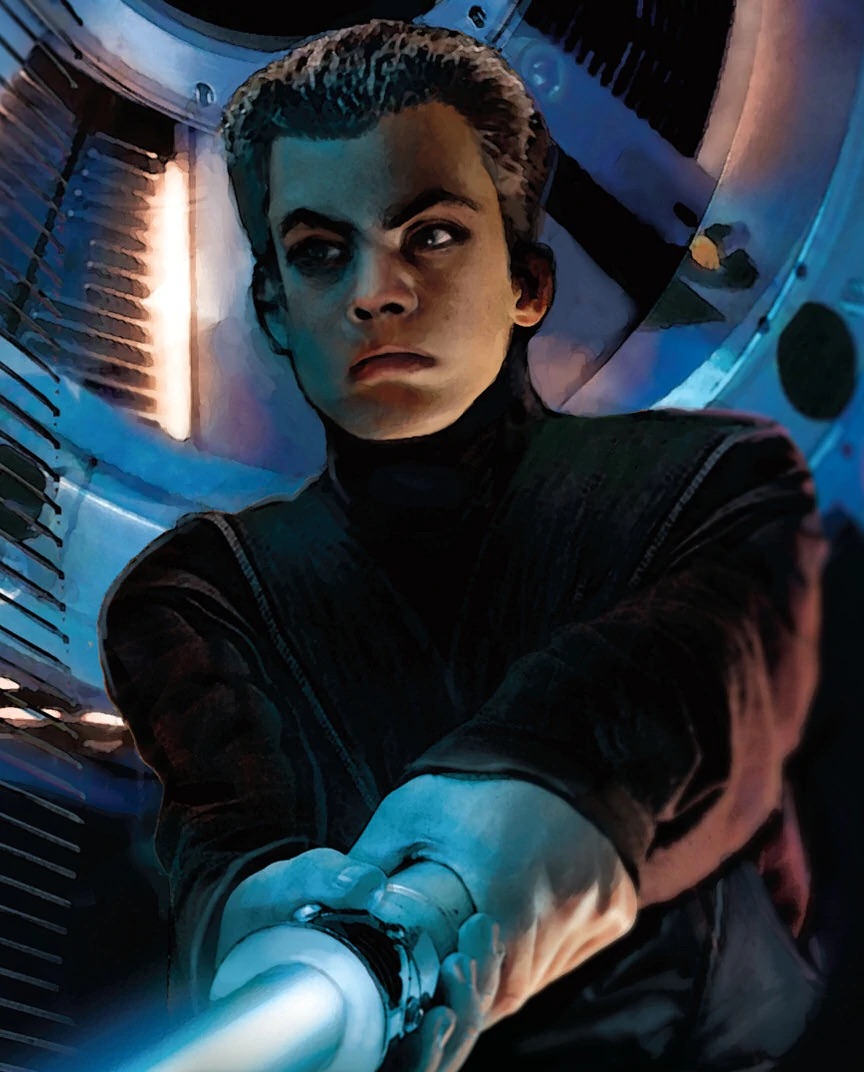 However, The New Jedi Order series also introduced another hero into the mix after Anakin’s path was cut short. Ben Skywalker, the son of Luke and Mara Jade, would become a close ally to Jacen before his cousin brutally tortured him during his ascension to the dark side. Ben would grow closer to his father during the next major series Fate of the Jedi, where the father-son duo traveled the galaxy in search of mythical force artifacts that predated the Jedi and Sith themselves. 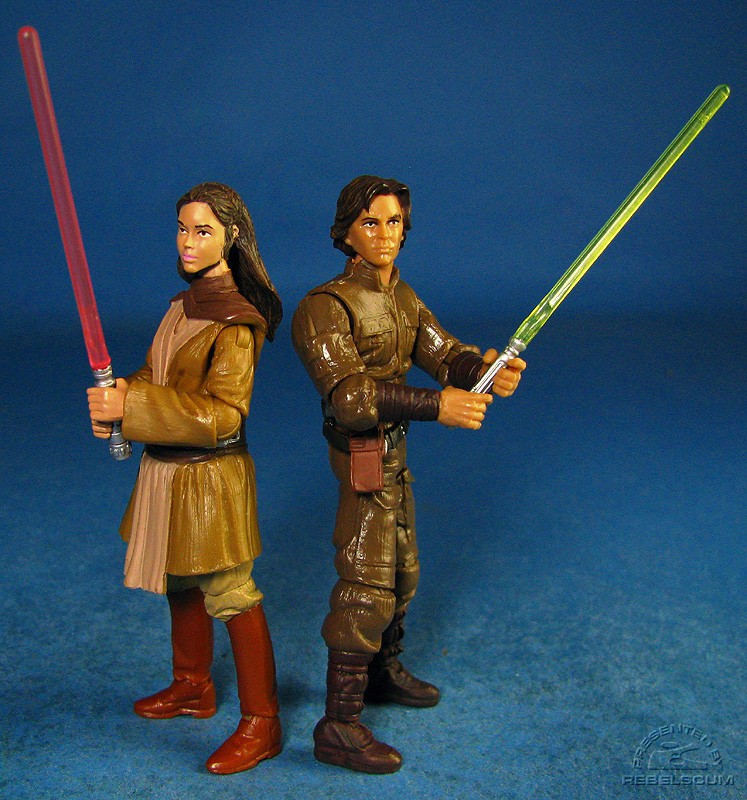 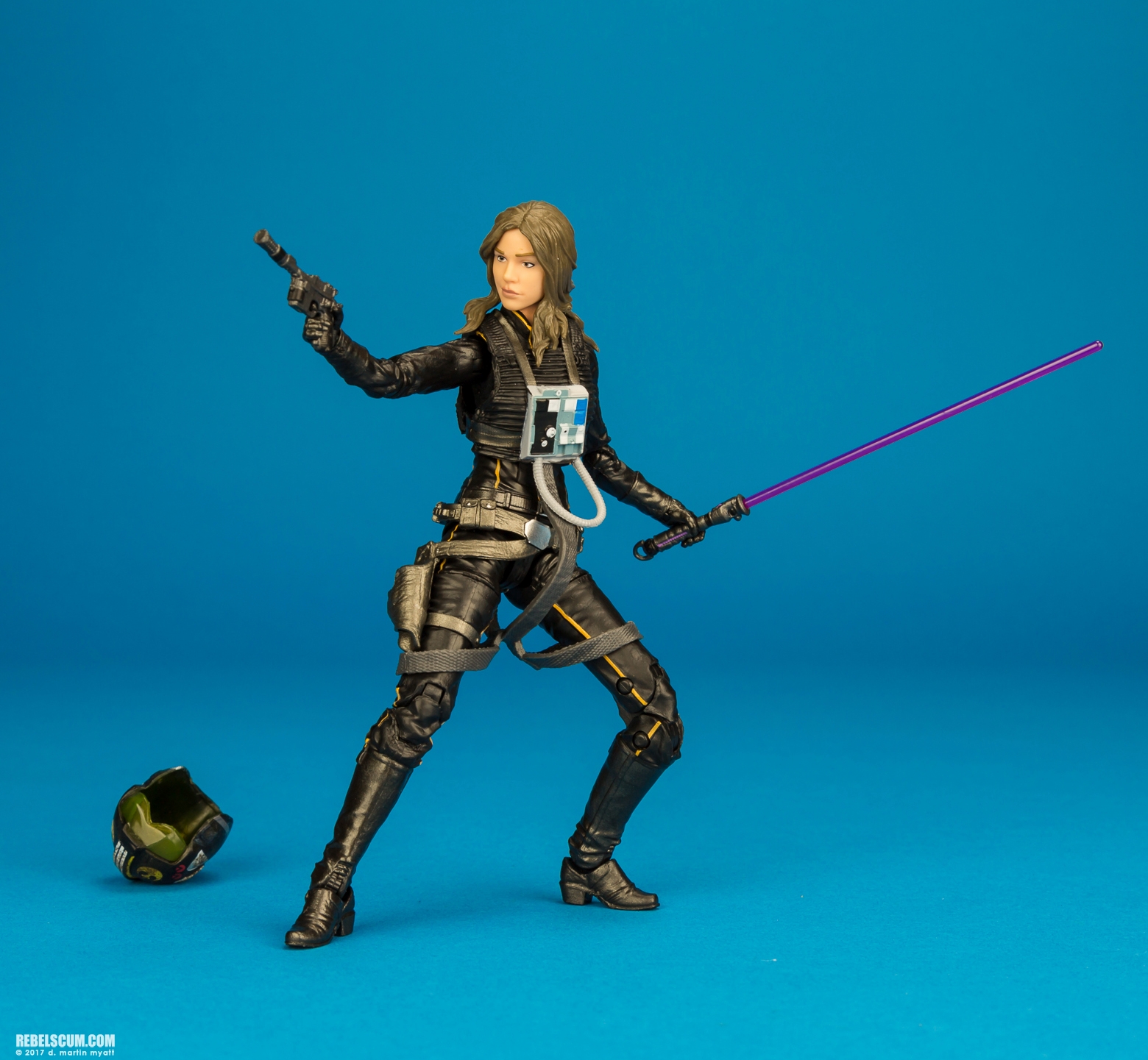 Ben and Anakin were never offered as figures, but both Jacen and Jaina got figure releases for the 2009 Legacy Collection, with Jaina also released as an exclusive Black Series character. The fate of Jaina and Ben was never unveiled, as the existing Expanded Universe timeline was sunsetted following Disney’s purchase of Lucasfilm and the launch of a new Star Wars canon. However, these stories were certainly well-developed by many great Star Wars storytellers who crafted compelling characters over arcs for twenty years. Canon or not, these are essential figures within Star Wars media.

What do you think? Do you have any favorite storylines featuring the Solo children? Did you enjoy how these characters were depicted in The New Jedi Order novels, or did you prefer Legacy of the Force or Fate of the Jedi? Let us know, and as always, may the Force be with you!

The only interest I had in Jacen was due to his interactions with Vergere, I found that character to be both interesting and fascinating. Jacen to me was flat out boring and one dimensional almost reminds me what what Kylo Ren. Jaina was also just okay. Granted I don't recall that much as it's been a while since reading NJO series, but I had more interest in Anakin's story and then they killed him off which left me with almost zero interest after that.
You must log in or register to reply here.