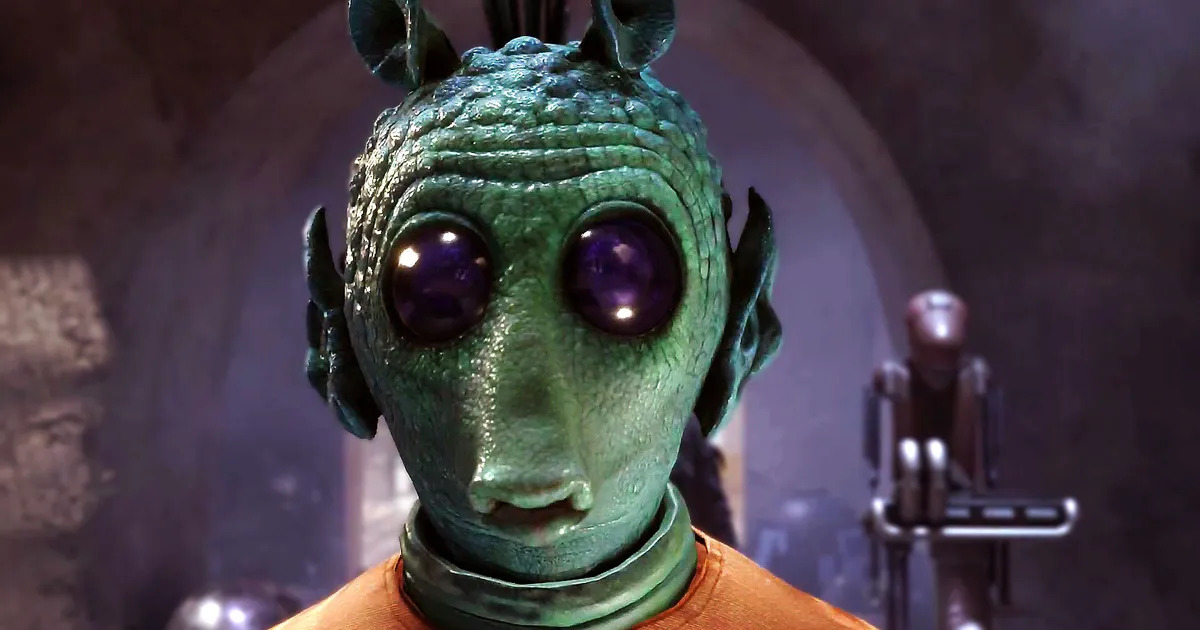 Hey there, Rebelscum fans! This week on the site we’re delving into one of the most iconic scenes and locations from the original trilogy, the Mos Eisley Cantina. Make sure to read our “Expand Your Mind” article to learn about the location, but stay tuned throughout the week for more articles and Bobby’s great video content. 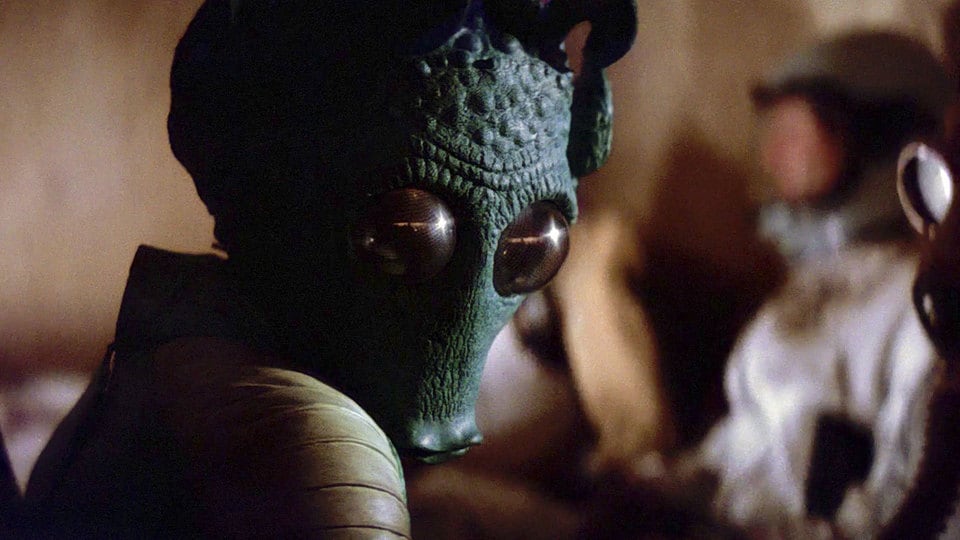 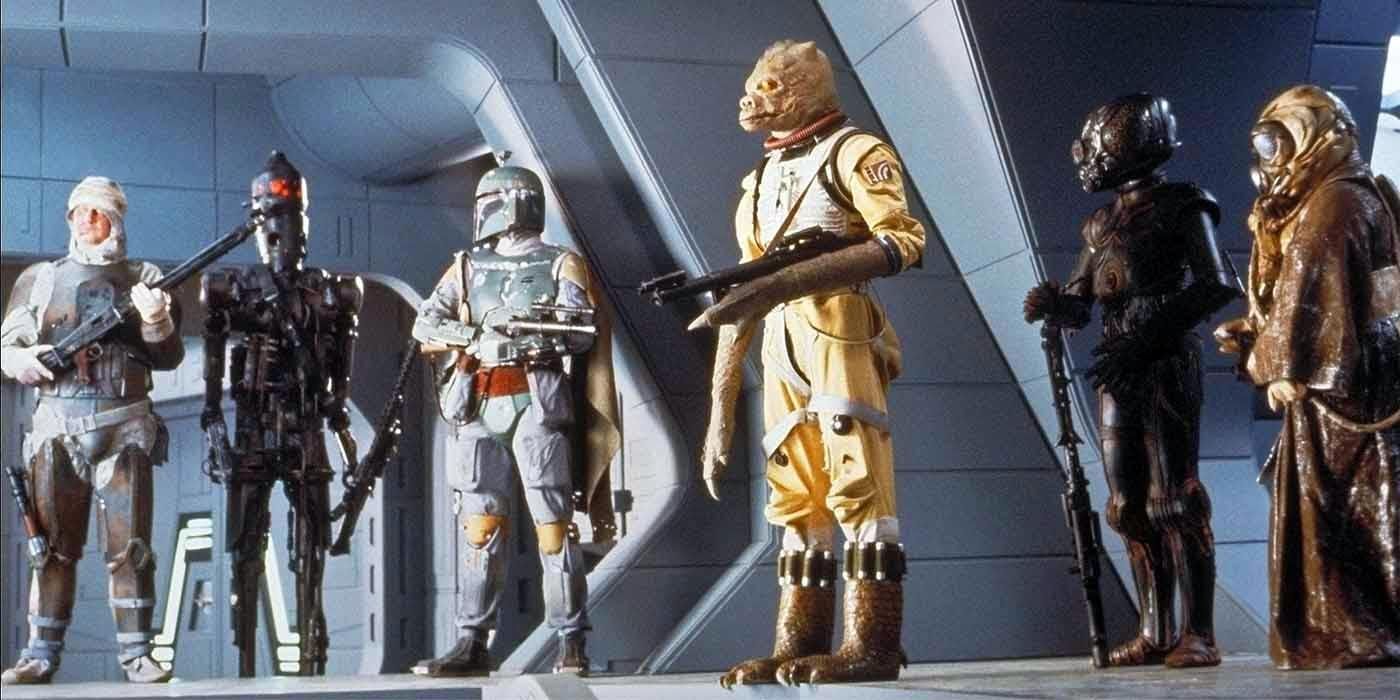 Mos Eisley saw the debut of the first bounty hunter in the Star Wars universe: Greedo. Compared to the fearsome gang of veteran hunters introduced in The Empire Strikes Back, Greedo isn’t exactly the brightest bulb in the galaxy far, far away. A frequent employee of the Hutt clan with a personal vendetta against Han and Chewie, the would-be assassin overestimates his own abilities in what proves to be a fateful confrontation. 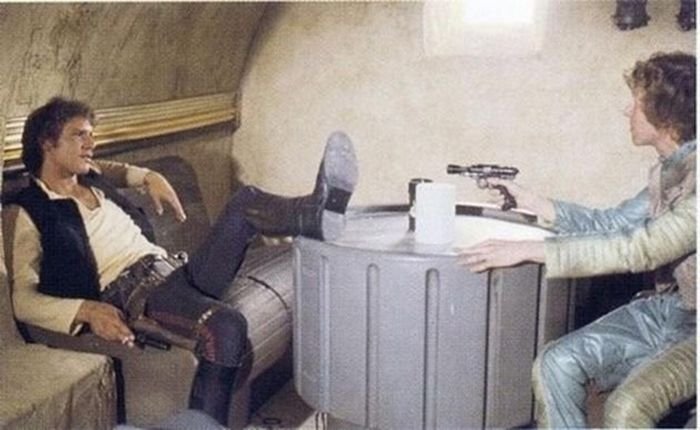 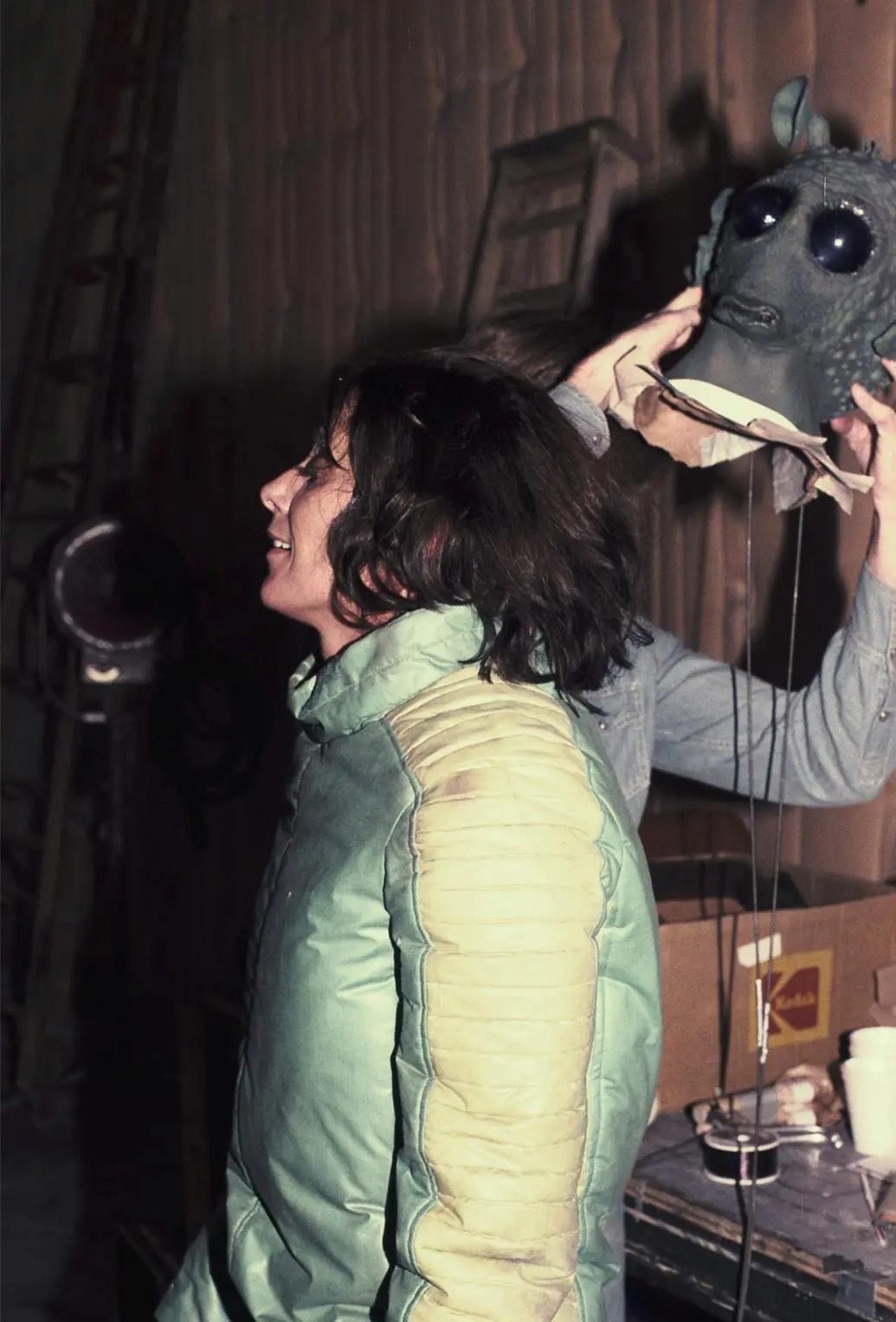 Although the original scene was re-edited and reworked in each of the subsequent re-releases of A New Hope, it wasn’t an easy sequence to shoot from the beginning. Paul Blake played the character in the original shoot, using some of the heaviest prosthetic work out of any of the original creatures. None of the other cantina characters have an extended dialogue scene, and so the vocal work was filled in later by Larry Ward. Maria de Aragon also embodied Rodian during pickup shots that altered Greedo’s costume.


Greedo’s age has been a matter of debate within the Star Wars community. Original novels and comics referred to Rodian as a young bounty hunter with little experience. A character named “Greedo” appeared in a deleted scene from The Phantom Menace, in which he accuses a young Anakin Skywalker of cheating on the podrace. The two duke it out before Qui-Gon Jinn shows up to break up the brawl. It was assumed that this character was Greedo’s father, Greedo the Elder. 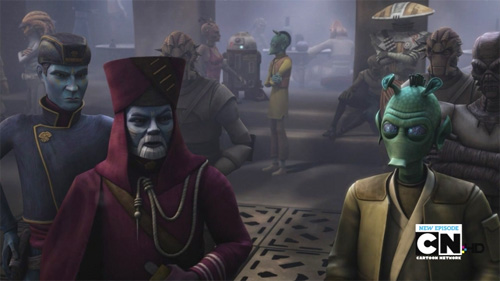 However, subsequent canon changed the sequence to signify that Anakin’s childhood bully was the same Greedo his son-in-law would slay over thirty years later. To confirm this new direction, Greedo popped up in Star Wars: The Clone Wars’s third season, voiced by Yoda actor Tom Kenny. In the episode “Sphere of Influence,” Greedo is hired alongside a group of kidnappers by the Trade Federation to kidnap the daughters of Baron Papanoida (a character George Lucas himself played in Revenge of the Sith).

Papanoida and his son Ion track down Greedo to Jabba’s palace and capture him, and they transport him back to the Mos Eisley cantina itself. Greedo is much luckier in his younger years. Amidst an action-packed firefight where Papanoida and Ion face off against Trade Federation goons, Greedo manages to escape. 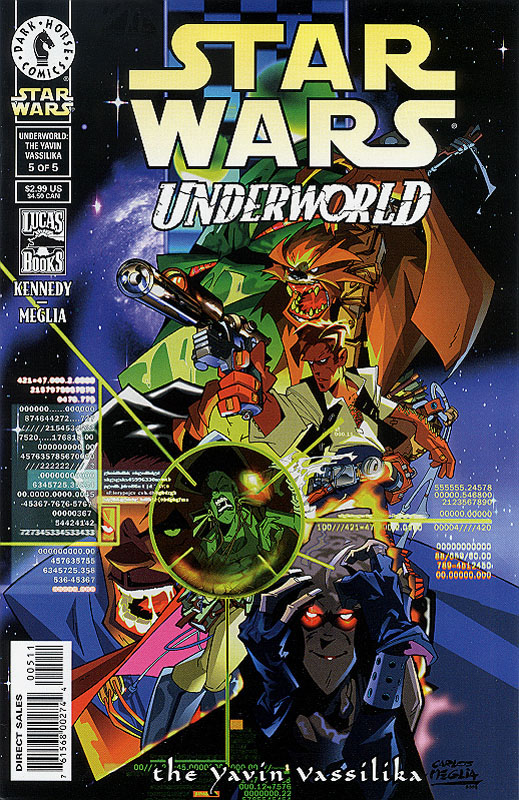 Within the Expanded Universe, Greedo popped up in the epic comic series Underworld: The Yavin Vassilika. In the bounty hunter crossover, a treasure hunt for a mysterious artifact brings together Han, Chewie, Greedo, Lando, Boba Fett, Dengar, IG-88, Zuckuss, 4-LOM, Bossk, and many other criminals. Greedo and Han part on tense terms, setting up their later exchange.

What do you think, Rebelscum fans! Are you a secret Greedo fan? Would you like to see him show up in a future Disney+ show? Let us know below, and as always, may the Force be with you!

Nothing "secret" about my Greedo fannishness! The Vintage Vintage Greedo was my first Star Wars figure, and cemented my appreciation of SW aliens in general, and Rodians in particular. When I established an online presence in the mid-1990s, I originally wanted to go with a Greedo-based handle, but there were already dozens of Greedos (Greedoes? Greedi?) on Comedy Central's boards, so I went with his cousin, Beedo, instead.

I prefer him as a younger, inexperienced hunter, and the Greedo in TPM being his father. The more they retcon and rewrite, the more it annoys me.

I kinda prefer to think the the Ep. 1 outtake greedo is ... someone else with the same name.

Greedofraggle said:
I kinda prefer to think the the Ep. 1 outtake greedo is ... someone else with the same name.
Click to expand...

Sure. It's not like there's only one person in all the world named John, or Vlad, or Abdul, is there?

Beedo said:
Sure. It's not like there's only one person in all the world named John, or Vlad, or Abdul, is there?
Click to expand...

Exactly!
You must log in or register to reply here.