Hey there, Rebelscum fans! Welcome back to another entry in our series on Star Wars: The Old Republic, the online multiplayer game set over 3,000 years before the events of the film franchise. We brokedown the basics of the era in our “Expand Your Mind” article, but we’ve got a lot more cool The Old Republic content this week. Make sure to stick around for Bobby’s merchandising videos, as well as the “Timeline Breakdown” of the entire Old Republic era and our thoughts on potential films and shows with “Force Casting.” 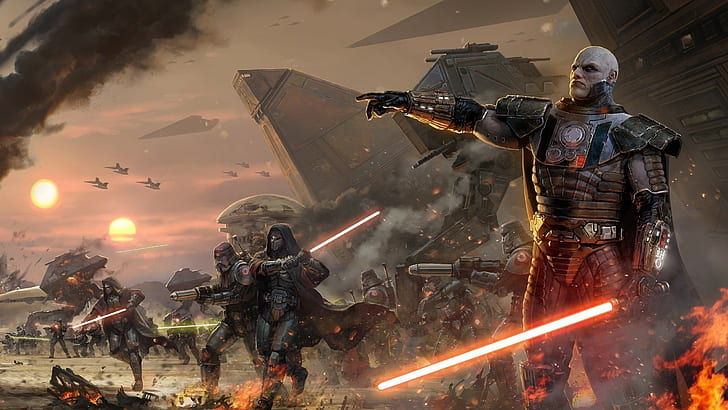 The Old Republic has thousands of characters created by players in addition to the prominent figures within the game’s key events. However, if you had to pick the most iconic one, you’d be hard pressed to choose anyone other than Darth Malgus. The Old Republic first caught our attention when the “Deceived” trailer dropped in 2009 and introduced a fearsome new Sith Lord who would instantly become a fan favorite: Darth Malgus. 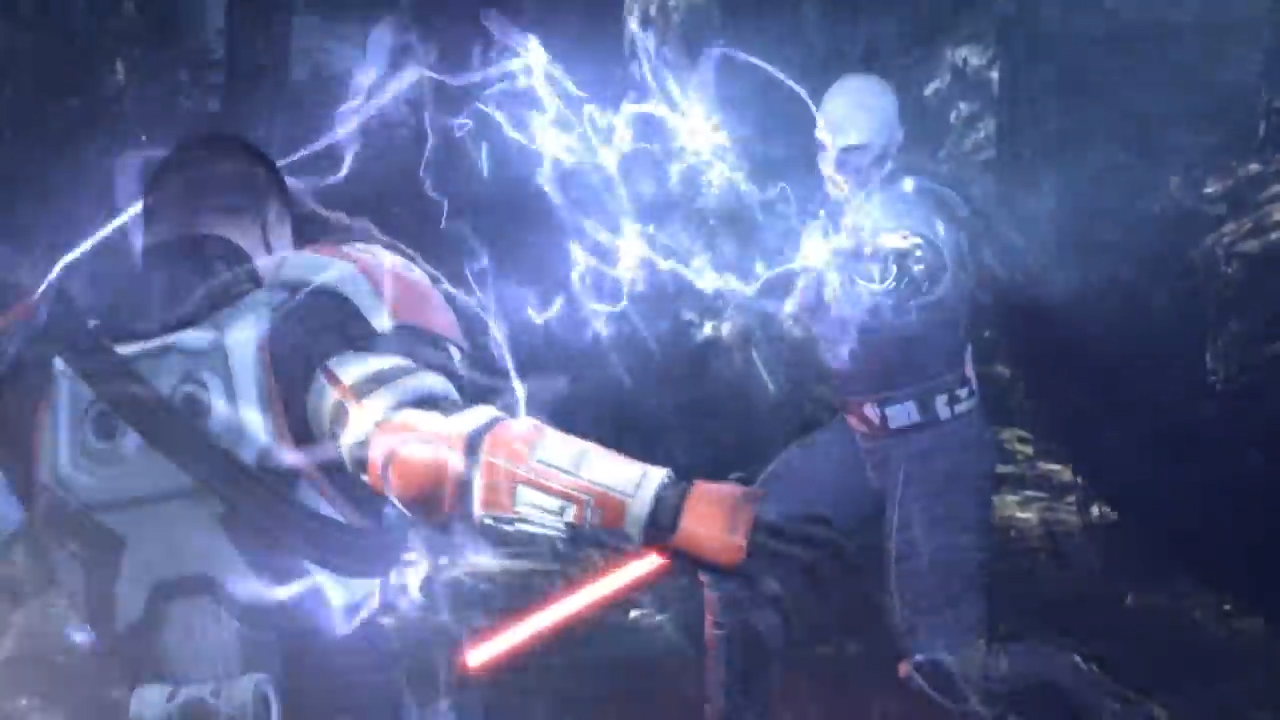 Malgus’s story arc throughout the cinematic trailers actually serves as a prequel saga to The Old Republic. In “Hope,” Malgus is still a novice dark lord under the rule of Lord Vindican, and the pair is tasked with the important task of retaking the Sith homeworld of Korriban which lies under the Jedi’s jurisdiction. A brutal battle with the Jedi Satele Shan and Master Kao Cen Darach leaves Malgus deformed and forced to don his infamous breathing mask. However, he’s successful in capturing Korriban and subsequently murder Vindican in a bid for greater power within the Sith Order. 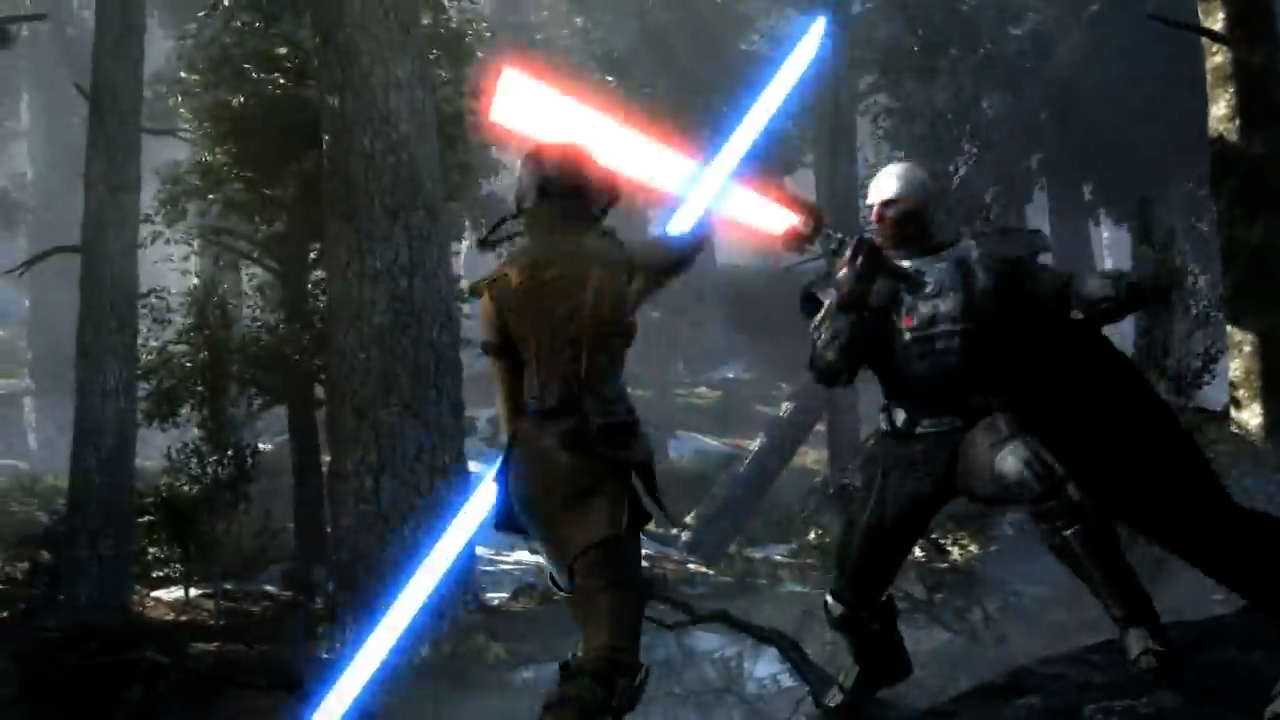 In “Hope,” Malgus once again faces off against Satele Shan and her Republic Commando counterpart Jace Malcom. Malgus ravages the peaceful planet of Alderaan, enlisting the aid of Imperial Droids that would become prominent within the gameplay, but he’s unsuccessful in fending off a Republic victory. The loss only fuels Malgus’s rage and leads him to concoct his most nefarious scheme yet. 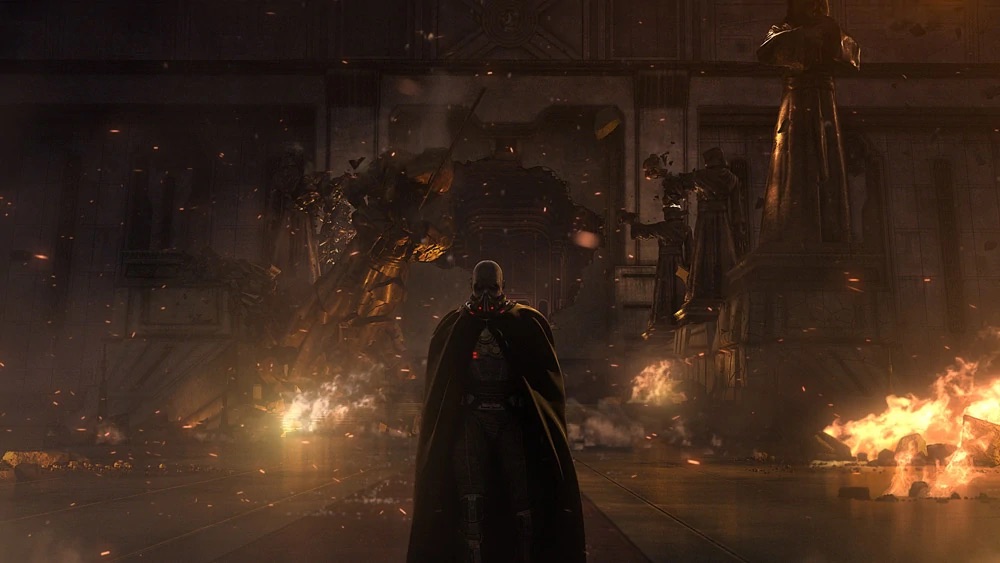 The now iconic shot of Malgus leaving the ruins of the Jedi Temple in the “Deceived” trailer is the pivotal moment that kicks off The Old Republic’s timeline. The sacking of Coruscant forces the Republic to make an unstable peace agreement with the Sith Empire that thrusts the galaxy into chaos. Malgus is single-handedly responsible for wiping out half of the Jedi Council; the tie-in novel Deceived explained more about how Malgus strategically blockaded the planet, thus allowing the Sith Empire to negotiate a treaty on Alderaan.

Malgus was unique among the Sith. A warrior first and foremost, Malgus saw conflict as a means to sustain his own rage and despised the political bureaucracy of the upper Sith Order. Malgus was willing to slay his own master, and would often bring in outside alien forces to assist him instead of fellow Sith. While other dark lords held a hatred for different races, Malgus had respect for noble warriors everywhere; he even had a secret romance with the warrior Eleena Dura that he enlisted in his frontline conflicts. 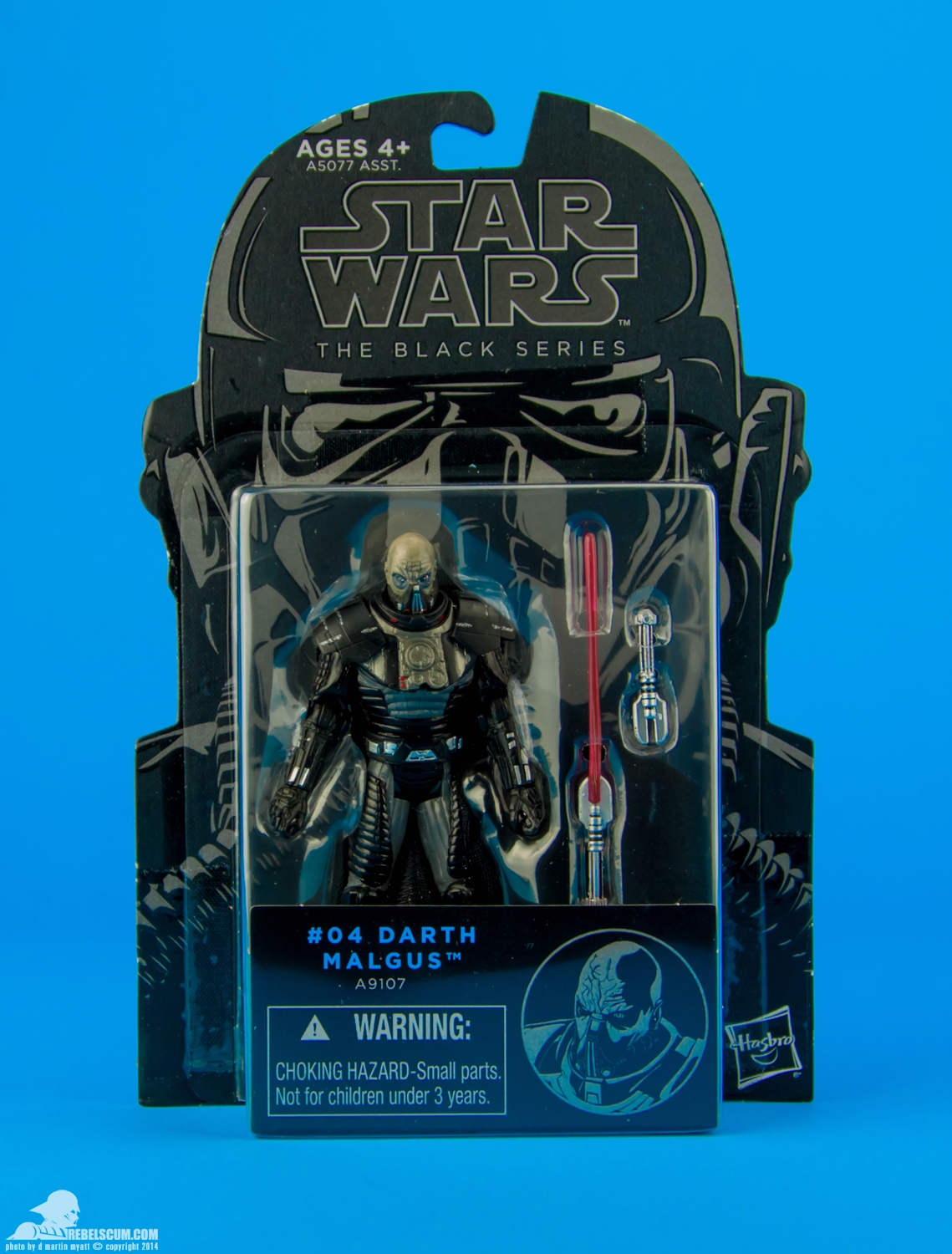 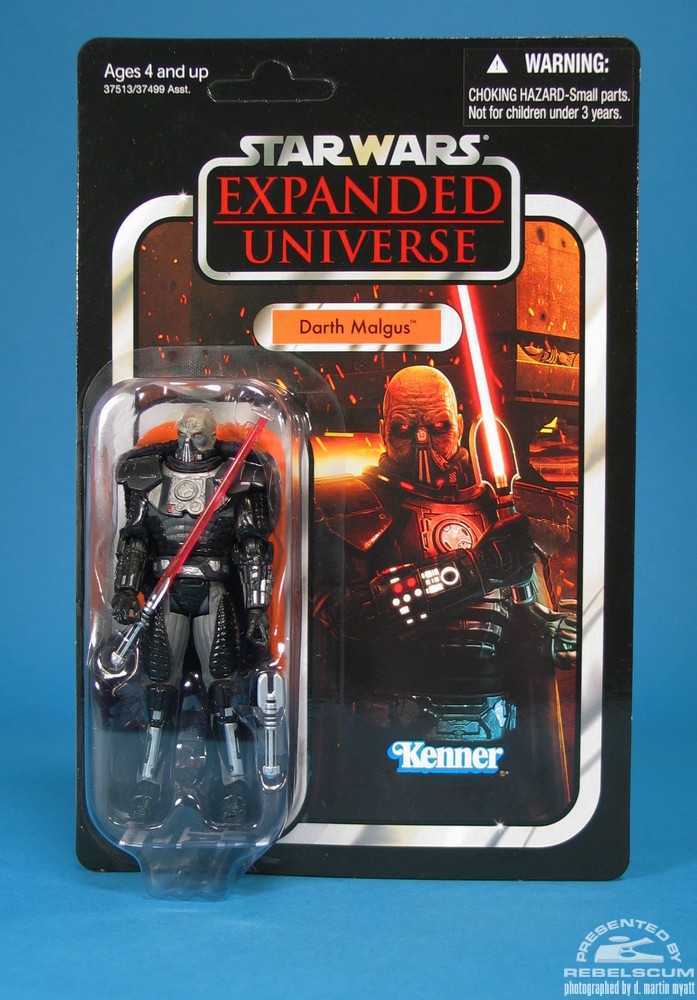 It was this complexity that sustained Malgus as a favorite among Legends enthusiasts, quickly establishing him as a new favorite Expanded Universe villain alongside Darth Revan or Darth Bane. Merchandisers were quick to note his popularity; a Malgus figure in the 3.75" Black Series and The Vintage Collection is among the most desired items in the line.

Malgus’s impact continues to be felt as his stories continue throughout The Old Republic, and his face can be seen on virtually every piece of marketing associated with the game. While unfortunately no longer part of canon, we’re hoping that Disney’s continued incorporation of Legends content within the new timeline will expand to include this great character.

What do you say, Rebelscum readers? Is Darth Malgus one of your favorite Legends characters? Were you left with your jaw on the floor when you first saw “Deceived”? Do you agree with Malgus’s opinion on the Sith Order? Let us know, and as always, may the Force be with you!
You must log in or register to reply here.