In honor of "The Book of Boba Fett", be on the lookout for "Bonus Bounties" every week (Tuesdays at 10 am PT on StarWars.com) starting Jan 4 through Feb 15. An extension of Bring Home the Bounty, "Bonus Bounties" will highlight select new products each week, but these smaller assortments will all be inspired by a mix of the latest episode of "The Book of Boba Fett", Boba Fett himself, and the legacy of bounty hunters. Keep an eye on StarWars.com every week for the latest. 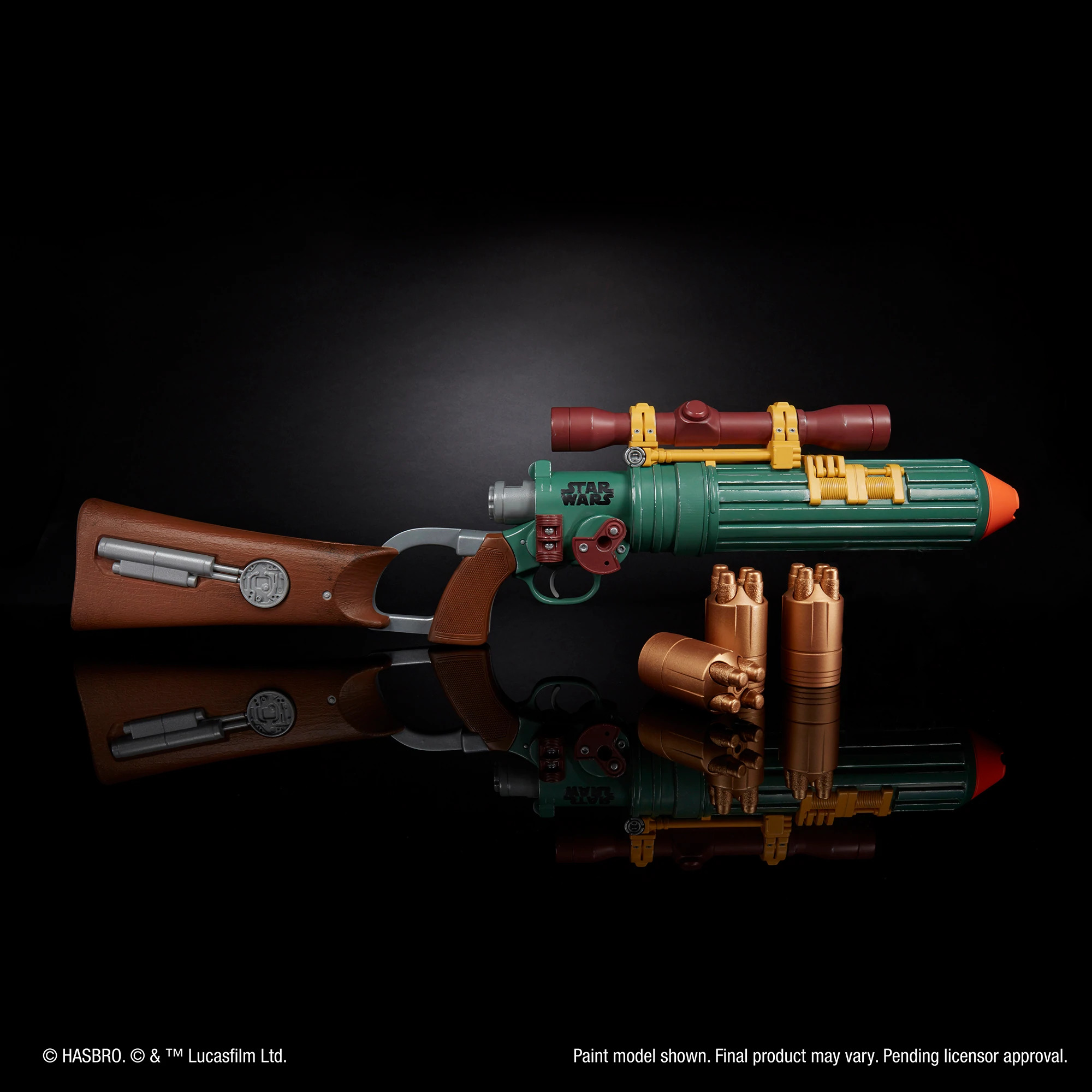 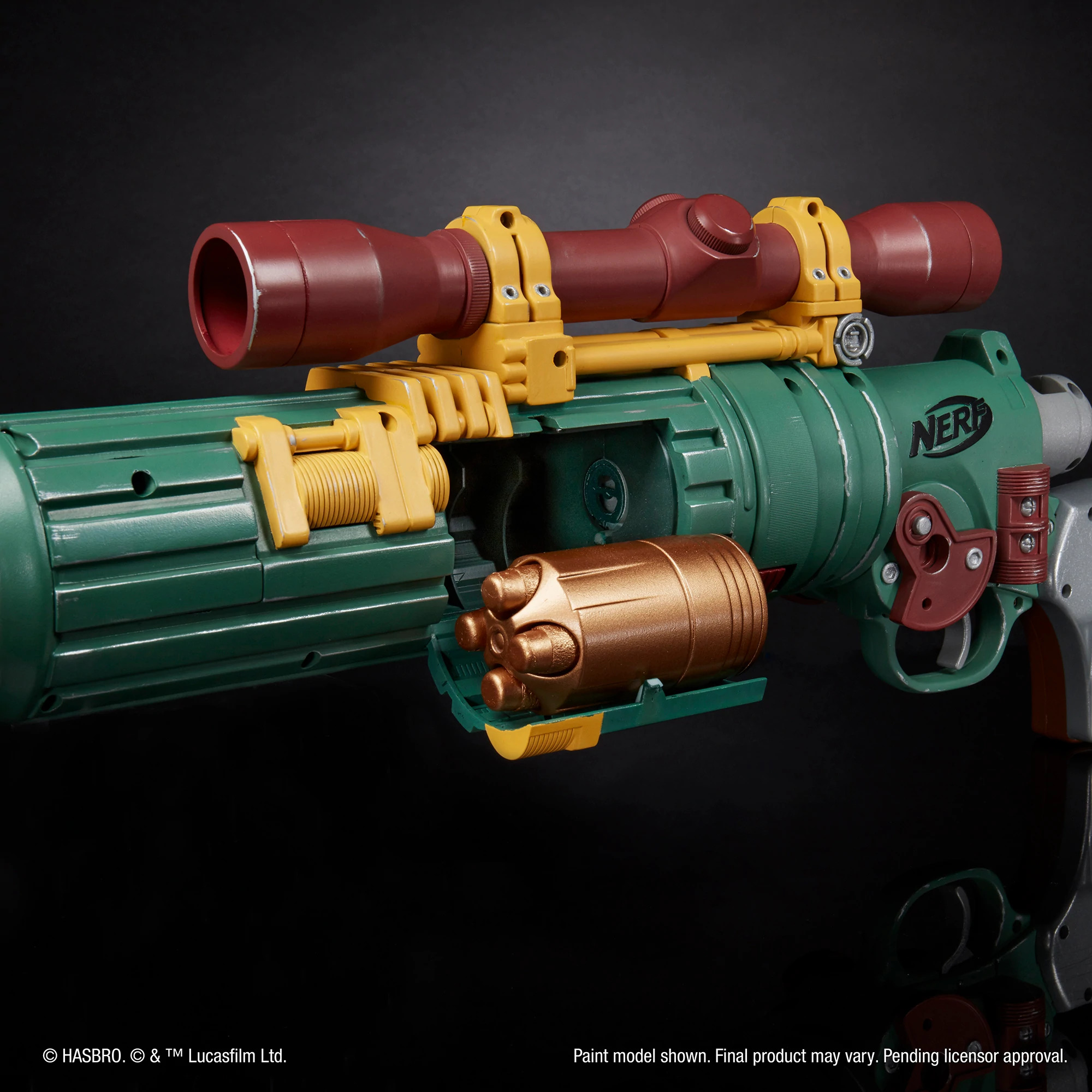 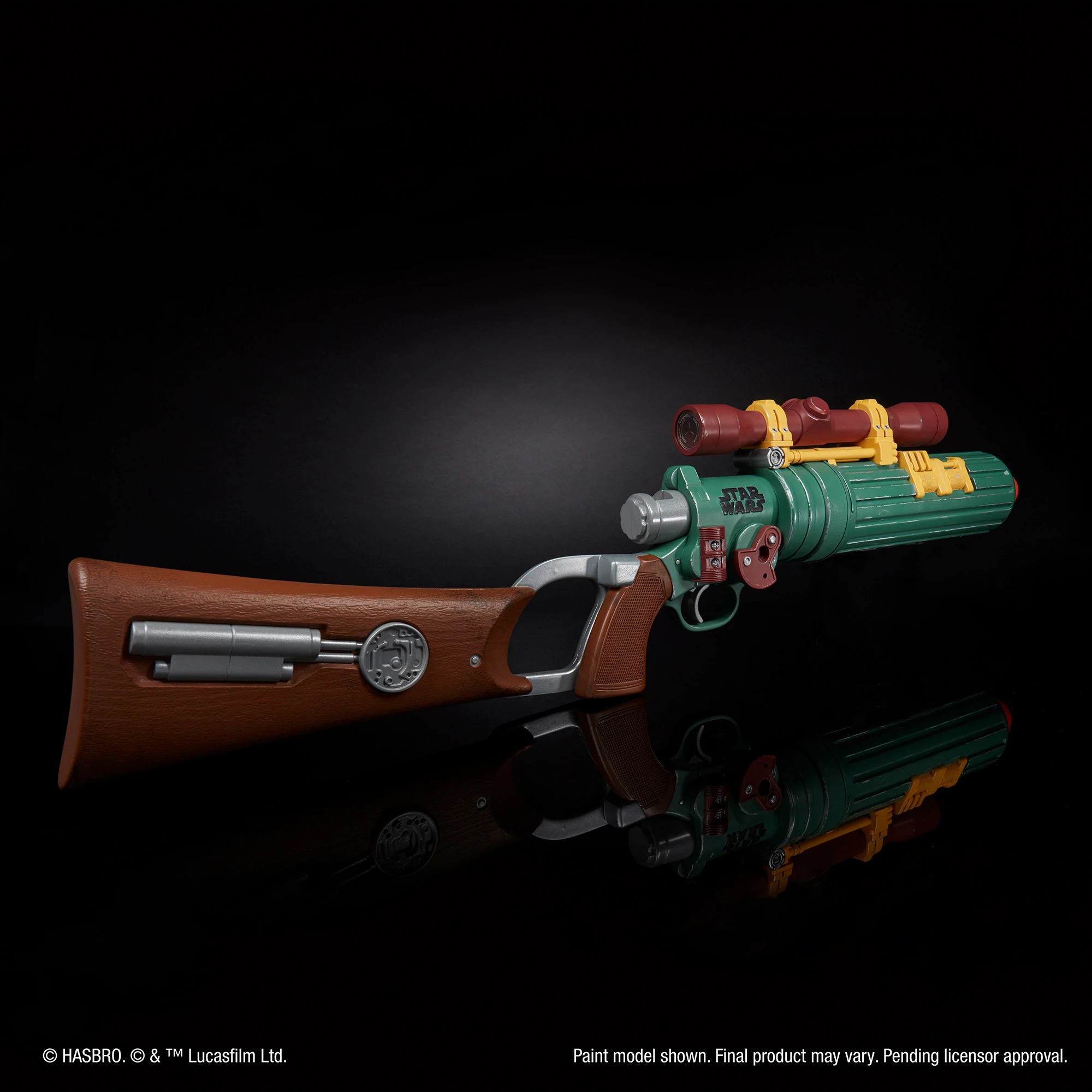 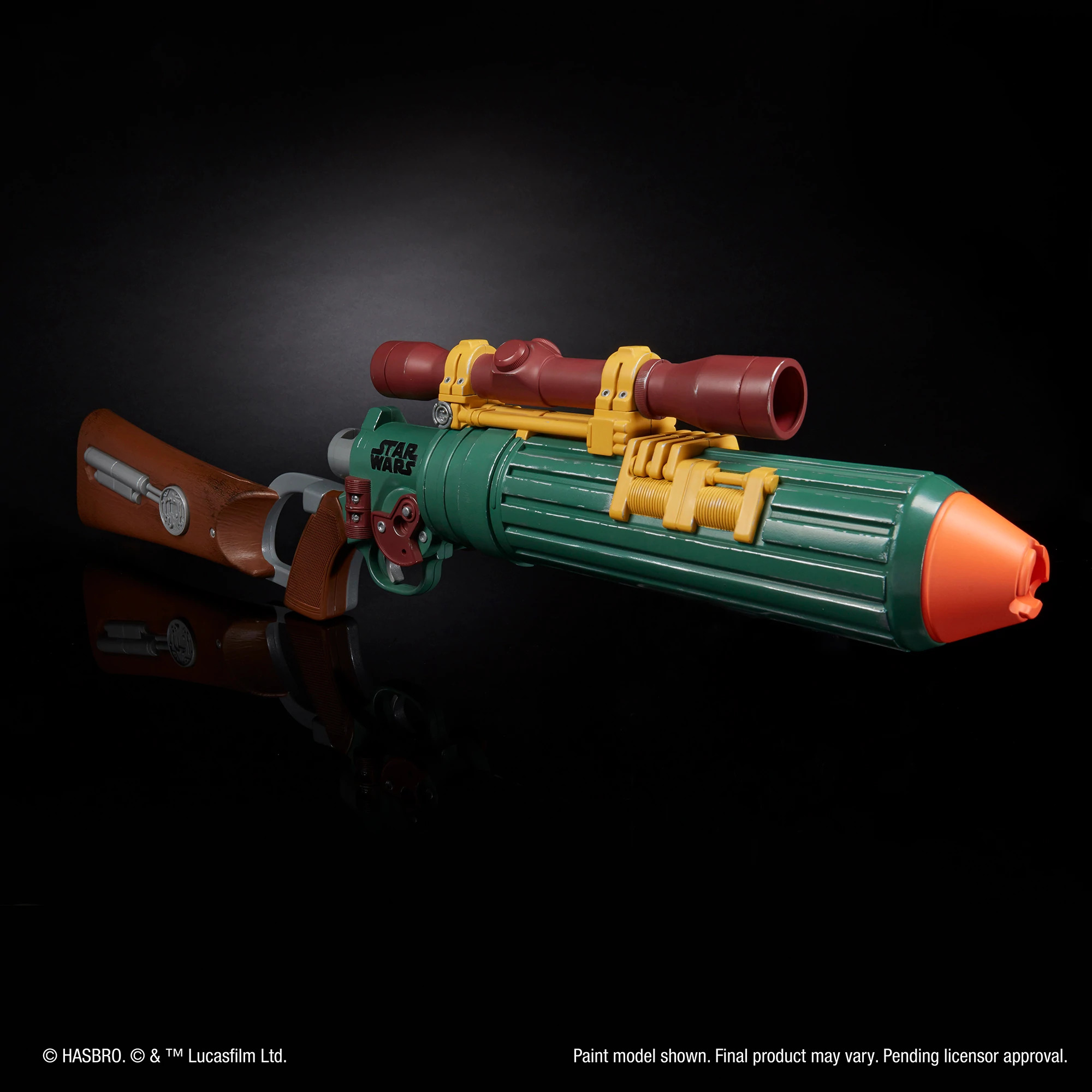 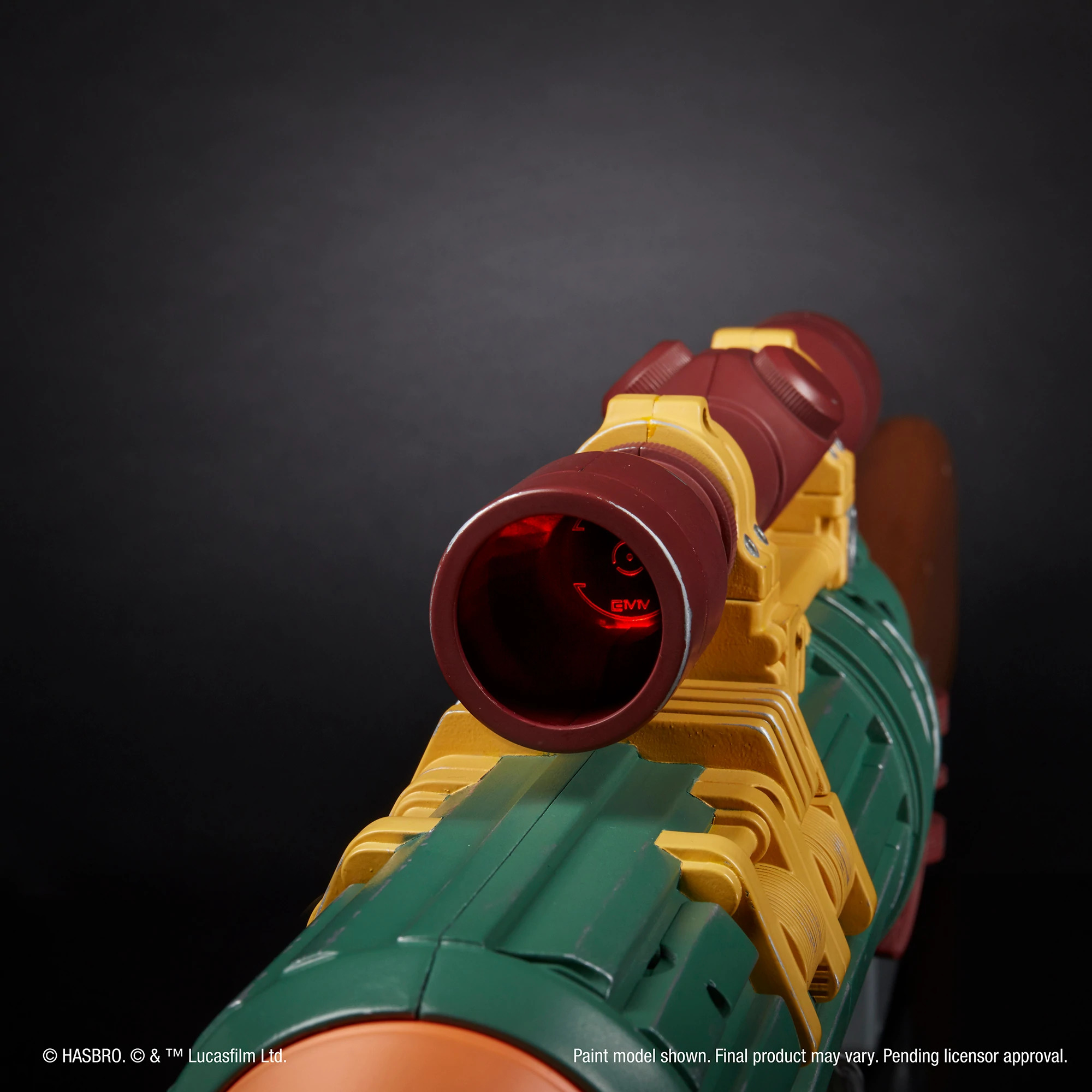 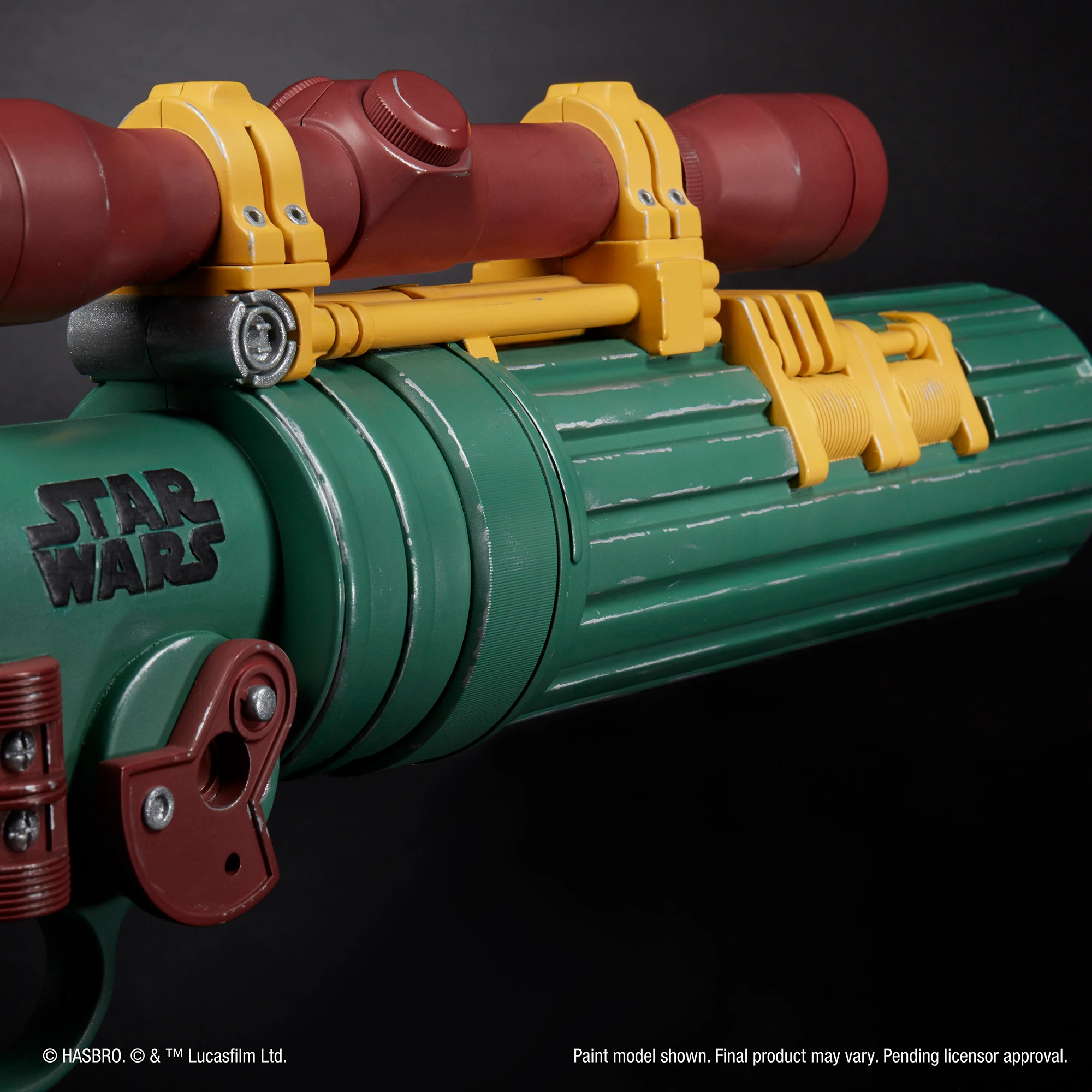 Nerf LMTD Star Wars Boba Fett's EE-3 Blaster
MSRP: $109.99
Estimated to ship: 3/1/2023
Pre-order Link: Hasbro Pulse
With his customized Mandalorian armor, deadly weaponry, and silent demeanor, Boba Fett was one of the most feared bounty hunters in the galaxy. Imagine scouring the galaxy for bounties with the Nerf LMTD Star Wars Boba Fett's EE-3 blaster, which is meticulously detailed to capture the look of the blaster seen in The Book of Boba Fett live-action TV series on Disney Plus. It includes 3 drums, each with 4-dart capacity, so you can switch them out to reload, and 12 Nerf Elite darts. The 30-inch (76 centimeter) blaster has an electronic scope with an illuminated lens and makes series-accurate blaster sounds. It comes fully assembled in premium packaging, perfect for display. To fire a dart, load a drum, prime, and pull the trigger. Compatible with Nerf Elite darts. Eyewear recommended (not included). Requires 2x 1.5v AAA alkaline batteries (not included).

STAR WARS BLASTER REPLICA: This dart-firing blaster is meticulously detailed, capturing the look of the EE-3 blaster seen in The Book of Boba Fett live-action TV series on Disney Plus

Are you excited about this new Nerf blaster? Is this something you normally collect? Sound off in the forums!

Looks cool, but seems to have that LMTD/Star Wars tax. Kind of pricey for what it is. I'm of the wait and see attitude at the moment. I have the electronic version from a while ago, but I always felt it was on the small side. If this is beefier I may get it. It would be nice to have a dart firing blaster as well as one that makes sounds. Maybe try to snag an Amazon Warehouse deal.

Doesn't seem to have a limited pre-order window like the Aliens blaster. All the better to just wait it out. No need to rush to pre-order.

Gamestop (not active at the moment it seems)

https://www.gamestop.com/toys-games/nerf/products/nerf-lmtd-star-wars-boba-fetts-ee-3-blaster/327141.html
Screenshot of the listing in the search page. $10 cheaper? 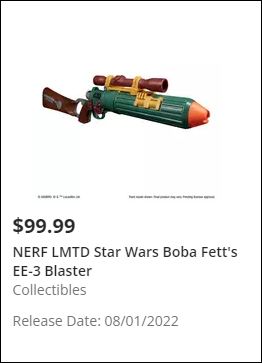 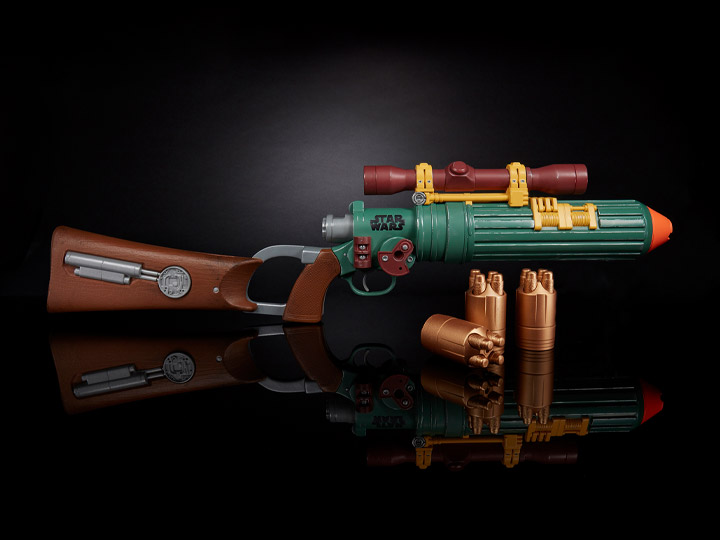 www.bigbadtoystore.com
Last edited: Jan 11, 2022
You must log in or register to reply here.