Yeah, that does look good. Painting faces is one thing I still won't touch as I'm just scared to ruin a figure.
N 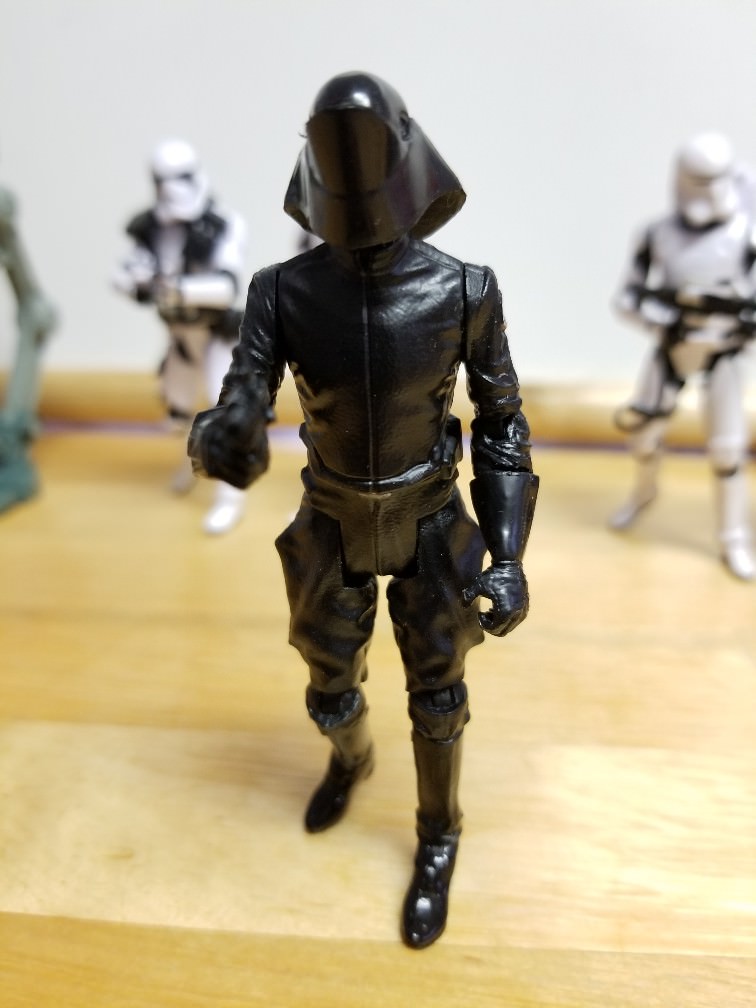 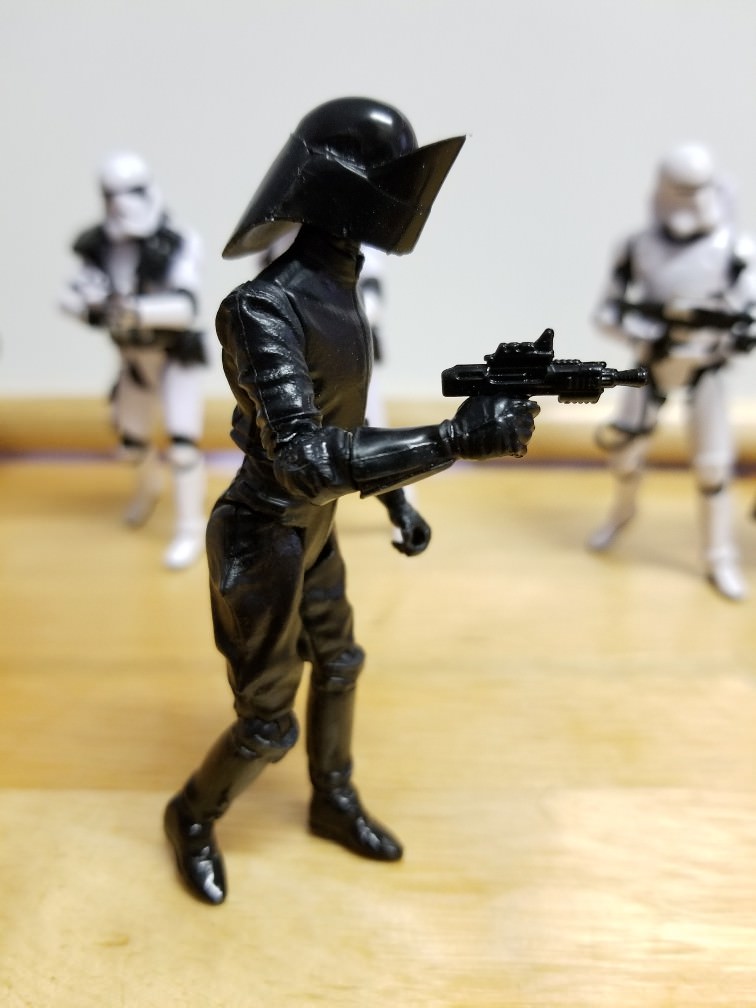 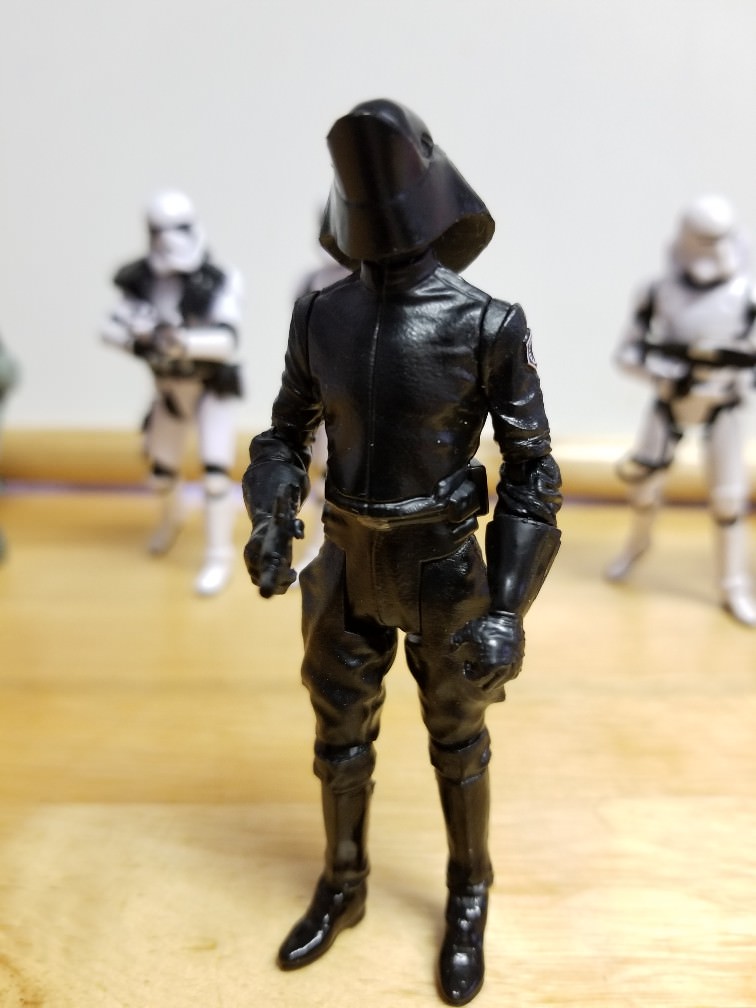 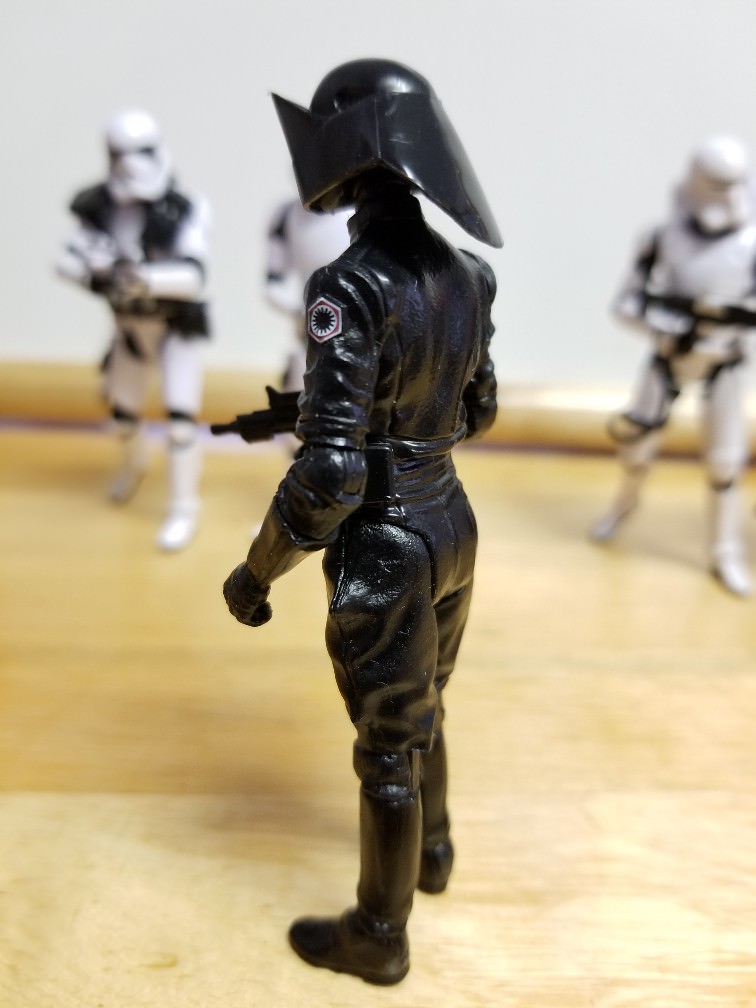 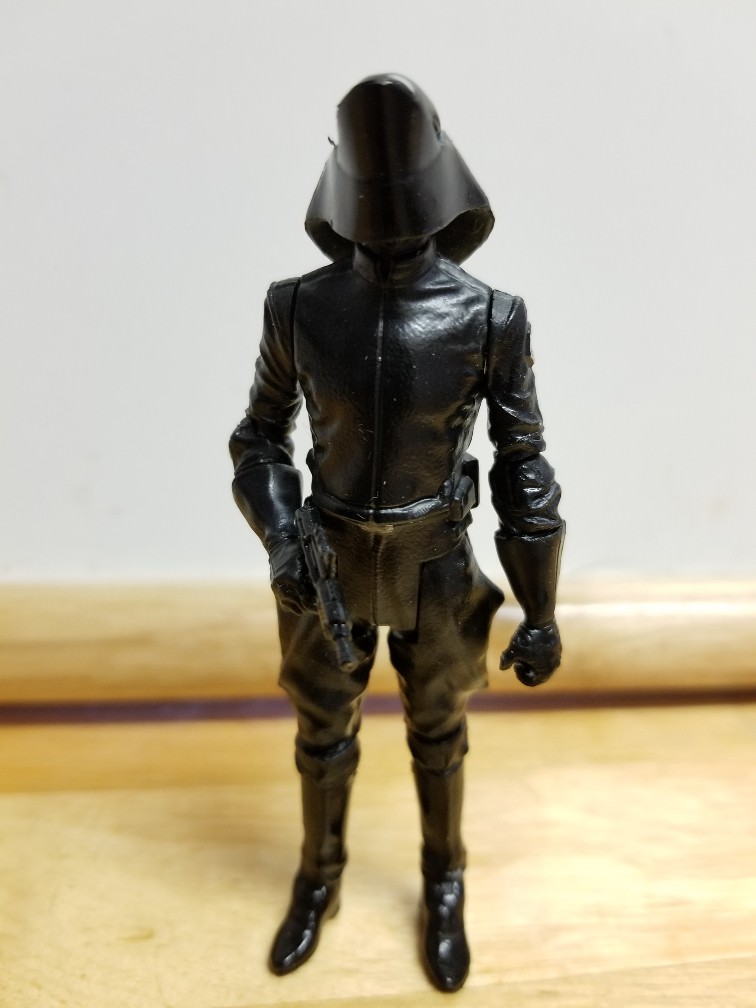 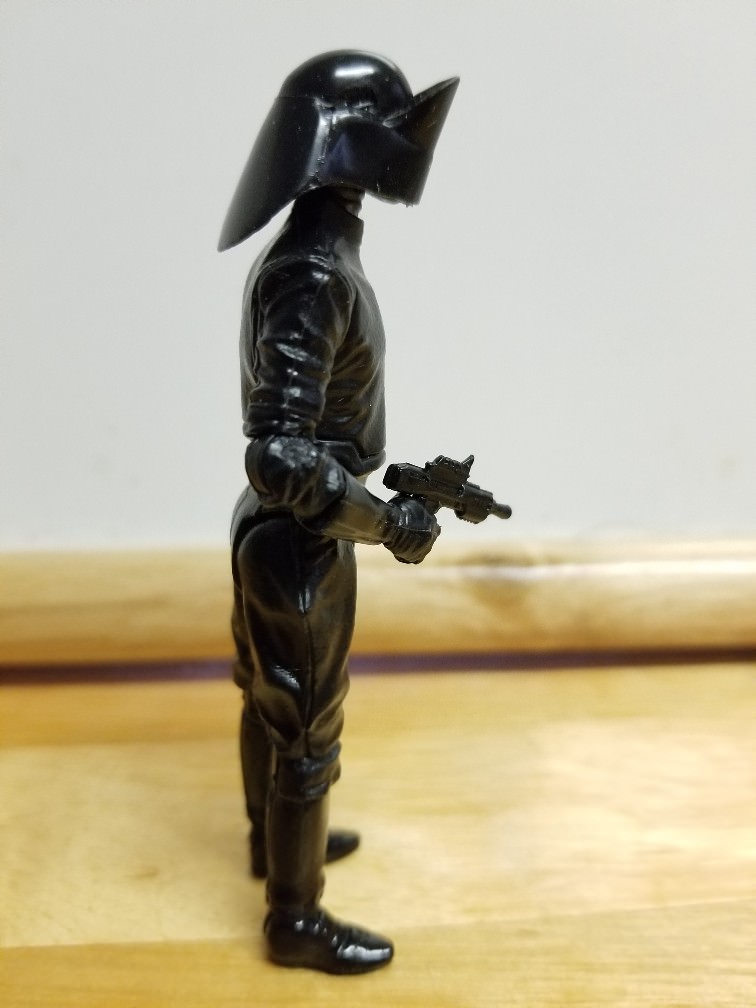 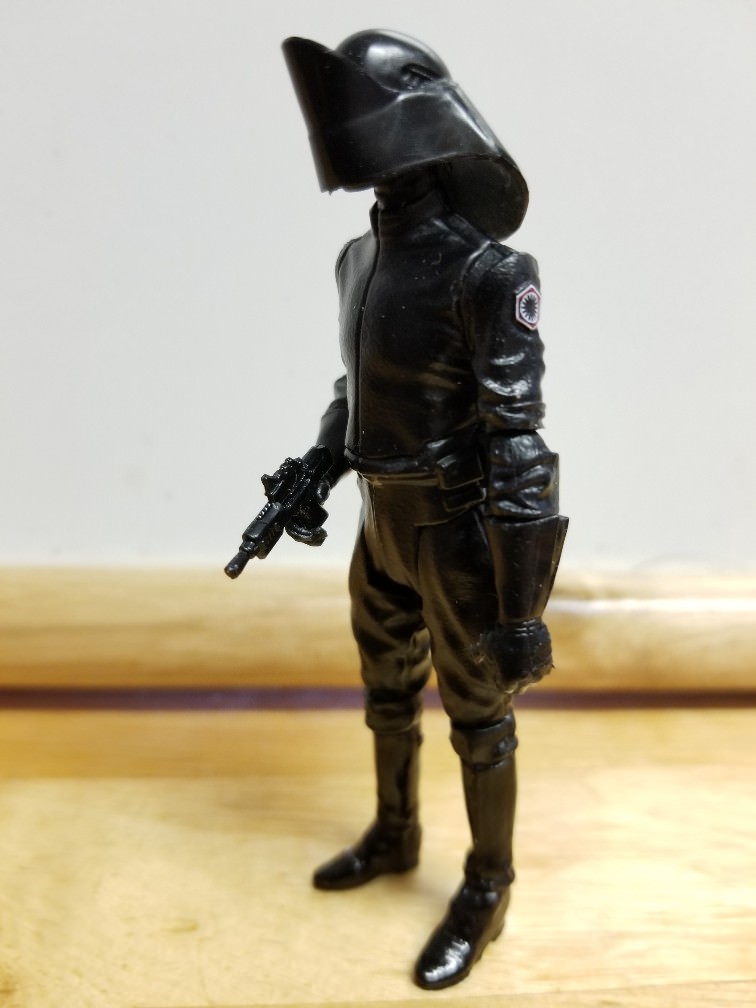 With some of my other TLJ 5POA figures with added articulation. 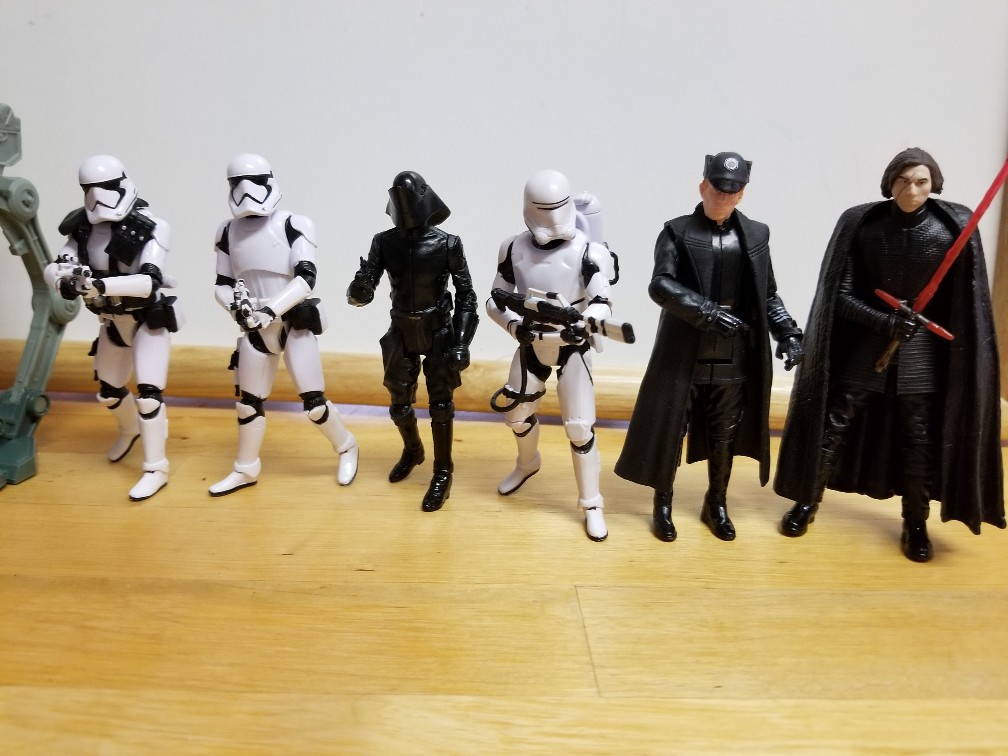 At that price I had to order one, and I used reward points, so it was free. I'm not at all a fan of the set - while I like basic figures, I think this set is a lazy combination of characters. Hasbro likely didn't know about astral projection Luke, but they could have included someone like Connix instead of another Rose. I don't dislike the character, but enough already. I hope for Episode 9, that she gets only ONE figure.

^ as a character, Rose IS NOT a fave of mine, however, this figure is acceptable because is a "new" outfit, better than reissuing tech overall- Rose w/ salty feet (yeah I'm taking a stab at Rey..) Instead of Rey, Connix or Holdo (using same logic as Qi-ra in solo/ vendor mission 4 pk) would've been better than rey

I opened it today and its a real disappointment. As discussed, a Crait themed set could have had so much potential. What really ticked me off is how the Snowtrooper is a shade of violet! It apparently uses utterly cheap plastic which changes color in a short period of time. I've noticed this before in the TFA line - these arent Mace Windu troopers, so they shouldn't be purple!

On the plus side, Rose is a nicely sculpted figure, its just that I've had enough of this character. I feel she took potential spots away from unmade characters in TLJ because she had so many releases. Rey is actually a variation, not the same version from the Praetorian Guard 2-packs, its a repaint of the basic carded version, which is nice, because the face deco is a closer match. The trooper is new, its just a bore like the rest of the set... I know they cant all be winners, but so few new characters were made for TLJ, that this was the ideal spot for someone like Connix.
D

Walmart in Tracy, CA has a bunch for $13 (was $19 previously) along a back clearance endcap in Toys in case anyone's wondering.
W

Found this set for $5 at Walmart. I had no interest in this set, but I couldn't pass this up at such a good deal!
D

Looks like another price slasher down to between $4-$5 in the Bay Area.

I wonder what with all the price slashing on these, it will force Hasbro to rethink the line up or just stop doing them altogether?
Then again, it really doesn't matter because Hasbro already got their Money for them. It's the retailers that have to suffer through the losses.

So Business as usual...
D

This particular set was likely a major fail since IMO it only had one hook line and sinker figure which was the FO gunner. By contrast, the Jedha Revolt pack was slightly more desirable with only one unappealing figure (Jyn) so I trust a majority of collectors (albeit the completists) skipped buying the single pack version of her altogether. But in addition, it's my general impression that the lack of articulation in every set, hence less 'toyetic' appeal, doesn't provide that bang for your buck investment when it comes purchasing these packs I suppose unless Mr. Clearance starts knocking at your door.

The Target exclusive Solo Imperial 6-pack at least for me is at hint that Hasbro sort of got the message as far as more desirable figures in pack hopefully going forward, with the count for this particular set bumped up by 2 more figures for Hasbro to earn a little more extra dough. But at $50, I still think most won't bite despite the adjusted poses to make them look less static.
​

That one is just to army centric for me, especially of troops I don't want. lol

So IMO, they have a log ways to go. I agree though, the one with Two Tubes was very cool.

Almost feel they should have just put Moloch and that other helmeted guy in a multipack with a couple other background characters and called it good.
M

If anyone is looking to let go of on of these, please feel free contact.I have A LOT to trade.

Maynard said:
If anyone is looking to let go of on of these, please feel free contact.I have A LOT to trade.
Click to expand...