Greetings Rebelscum! If you're a fan of tabletop games and have been wanting something new from Asmodee, you're in luck! 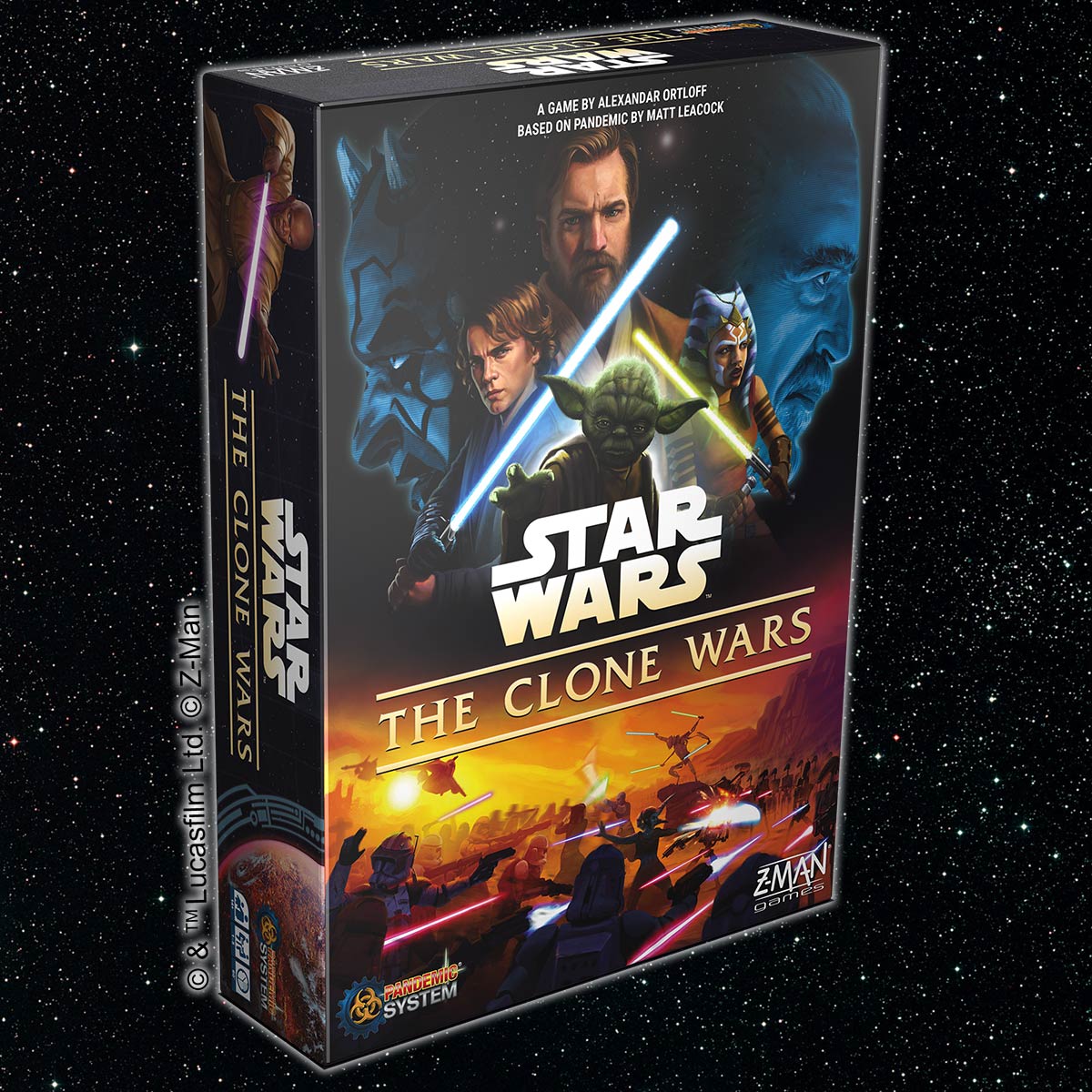 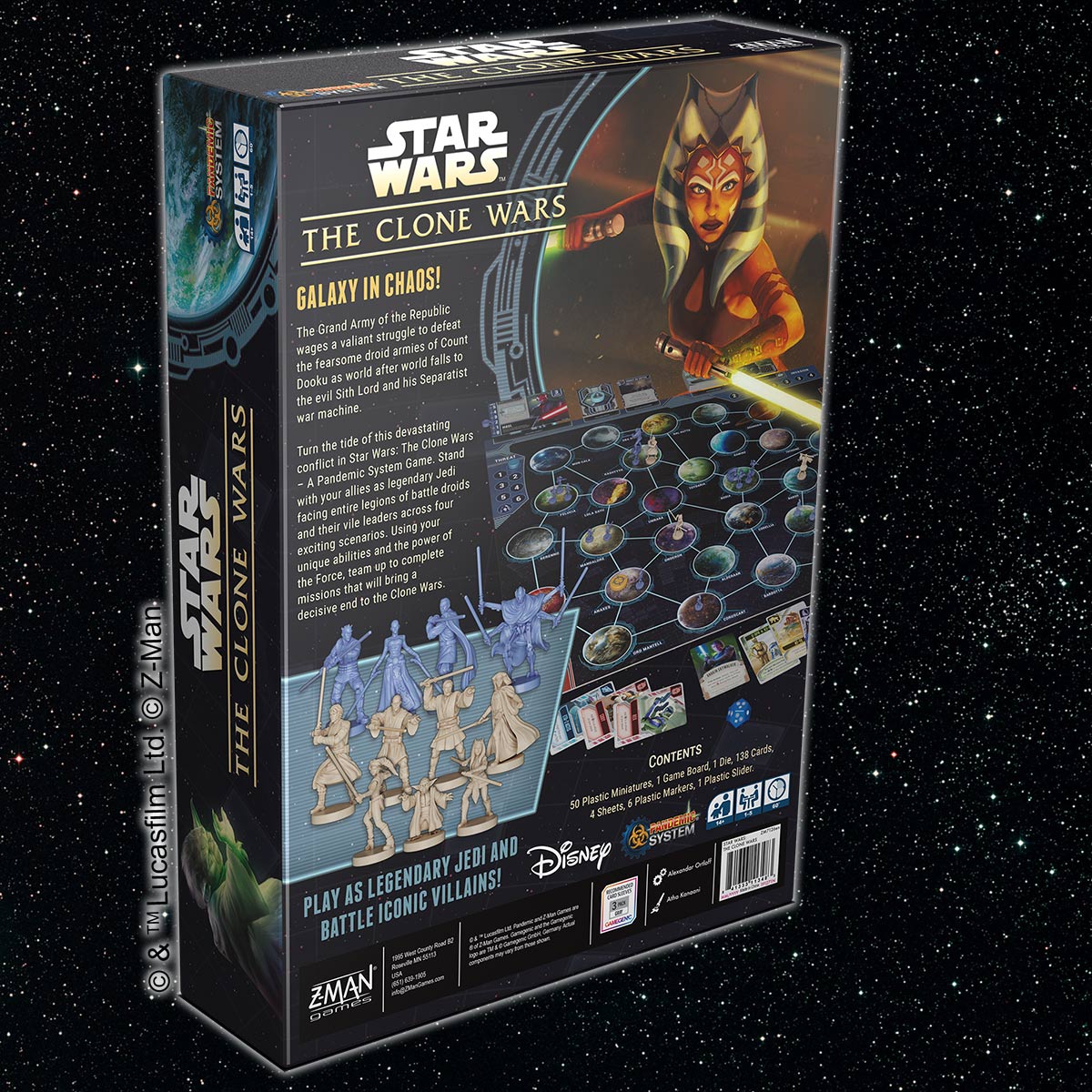 Get a sneak peek at the game board and pieces in this trailer:

In Star Wars: The Clone Wars – A Pandemic System Game, players choose from seven Jedi, including Ahsoka Tano and Anakin Skywalker, each with their own unique Force abilities. Across four epic scenarios, the Jedi must team up and defeat a member of the dark side like Count Dooku and General Grievous. Each scenario can be completed using different Jedi powers, squad members, and objectives, adding high replay value to every adventure. 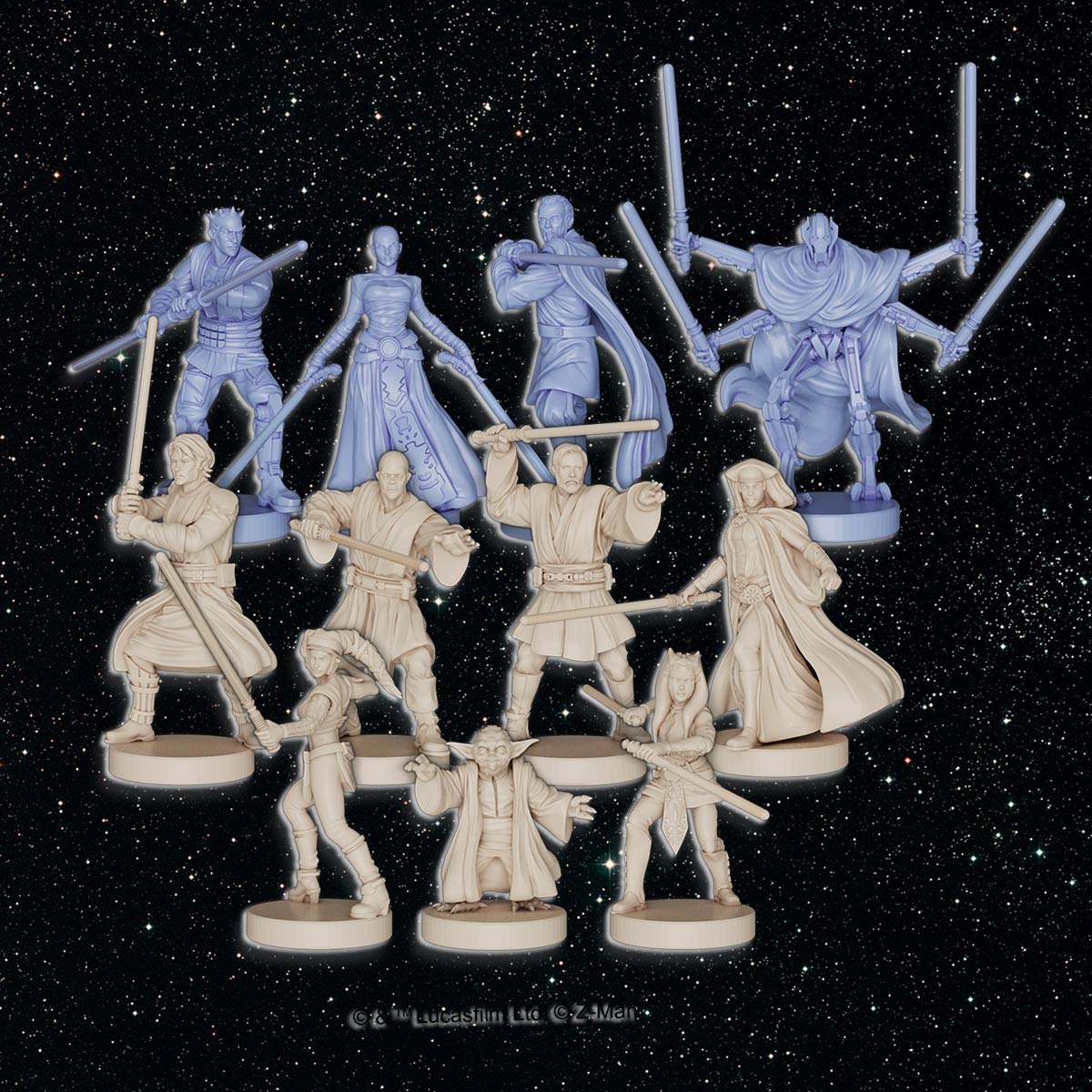 “Star Wars: The Clone Wars is a powerful saga of heroes coming together to save the galaxy, and this game is no different! It’s also the culmination of a fantastic partnership between one of the world’s biggest franchises and board gaming’s defining cooperative system,” said Sophie Gravel, head of Z-Man Games. “Our cooperative Pandemic System helps bring iconic Star Wars characters and stories to life - with our Jedi needing to combine Forces to stand a chance against unending waves of Separatist troops. Players will be on the edge of their seat with every playthrough as they fight for victory…and bring balance to the Force.” 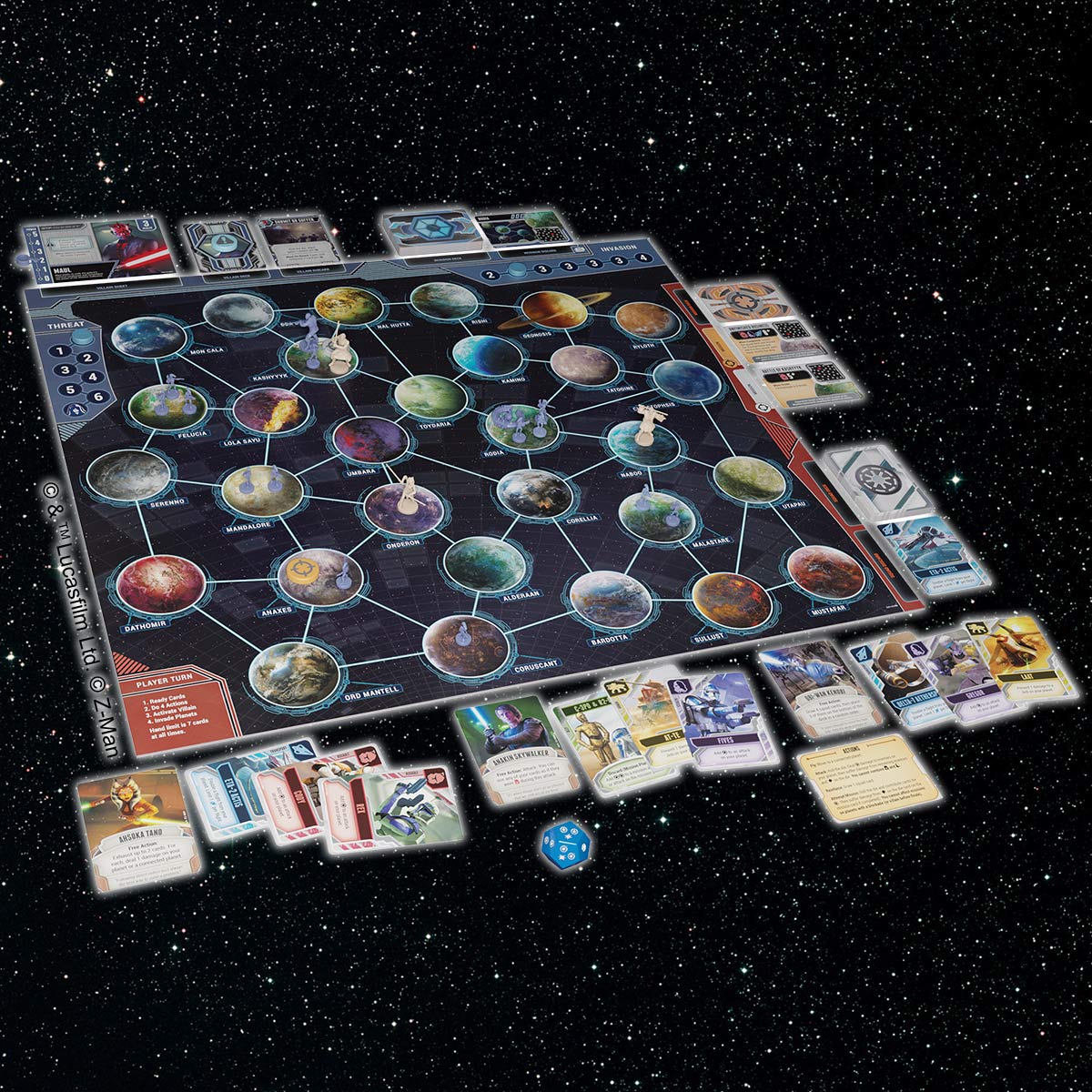 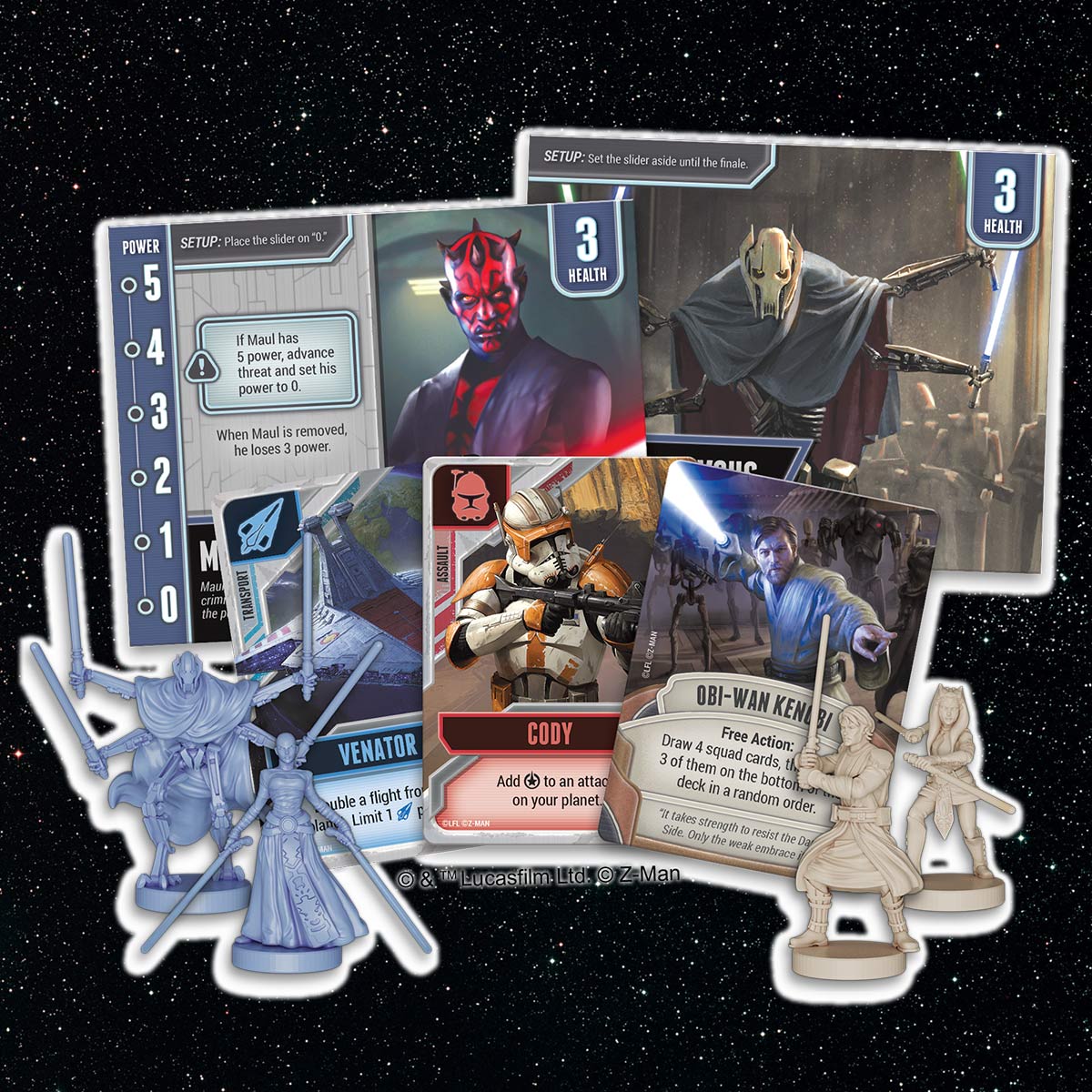 Star Wars: The Clone Wars – A Pandemic System Game is developed by Z-Man Games in collaboration with Lucasfilm and published by Asmodee. The Pandemic System is an intricate, cooperative gameplay framework based on designer Matt Leacock's Pandemic, which has sold over 15 million copies worldwide. The system has been adapted to other unique settings and stories as seen in titles like World of Warcraft: Wrath of the Lich King - A Pandemic System Board Game, Pandemic: Reign of Cthulhu, and Pandemic: Fall of Rome.

To learn more about Star Wars: The Clone Wars – A Pandemic System Game and Z-Man Games, visit the game website.
Click to expand...

Is this a game you plan on trying out? Do you want more gaming coverage like this from us here at Rebelscum? Let us know below!