This was just shown at Celebration! Finally my Royal Guards will have someone to protect! 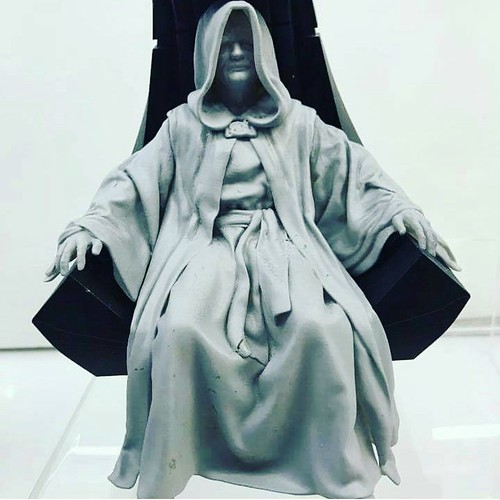 It was good to see it announced on Facebook, I've already got the Iron Studios version so this has come a little late to get into my collection..., may change my mind if it looks better than the one I have though. lol

I already have the Attakus version though. But I'll wait to see what the final product will look like.

Wanted a 1/7 Koto Emperor on throne for years. This might be very cool, but too late and too small for me now.

Looking forward to pics of the painted prototype. Might be a good idea to re-issue the Royal Guards two pack when this is released.

I saw the Emperor while visiting Kotobukiya's booth during Celebration VII in Orlando last week, and took some pictures of the unpainted prototype I wanted to share:

NICE! Really can't wait for this one! The Imperial Guards are waiting!

Oh man, thanks for the pics! Really excited for this one now!

You are welcome, guys. I'm also excited to see Koto working on the Emperor and his throne, which I think it has been a long overdue sculpt. I have the 1/5 scale statue that Attakus produced, but I've never been much of a fan when it comes to the face likeness they gave him. If the ArtFX+ statue ends up having a better resemblance to the character, I'll be getting one for sure. It'd be great also if Kotobukiya could make a larger scale (1/7) of the Emperor and his throne.

I think they've done a great job on this one, a definite replacement for my Iron Studio's statue.
J

I think it would have liked it at the 1/7th better, looks good tho.

The likeness is much better than Attakus. I like this picture: 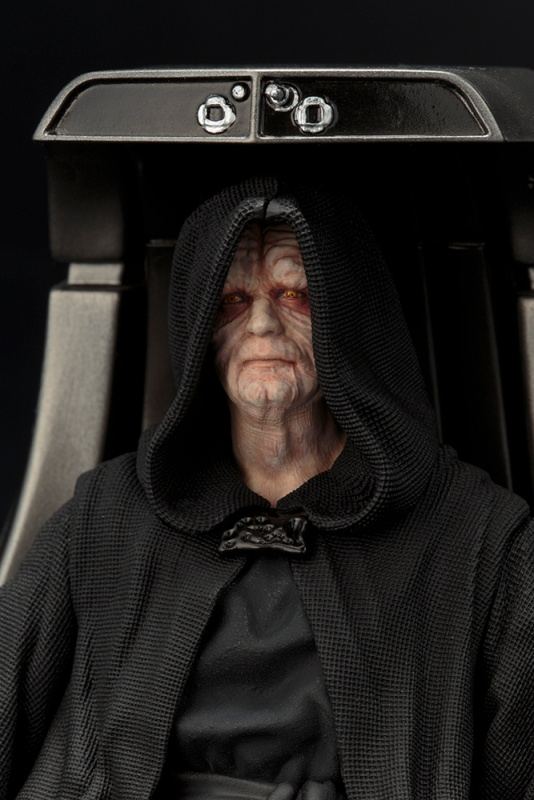 I wish they had included Luke's lightsaber hilt to place under Palpatine's right hand on the chair. A nice rendition of the character nonetheless.
Last edited: May 17, 2018
You must log in or register to reply here.
Share:
Facebook Twitter Pinterest Email Link
Top